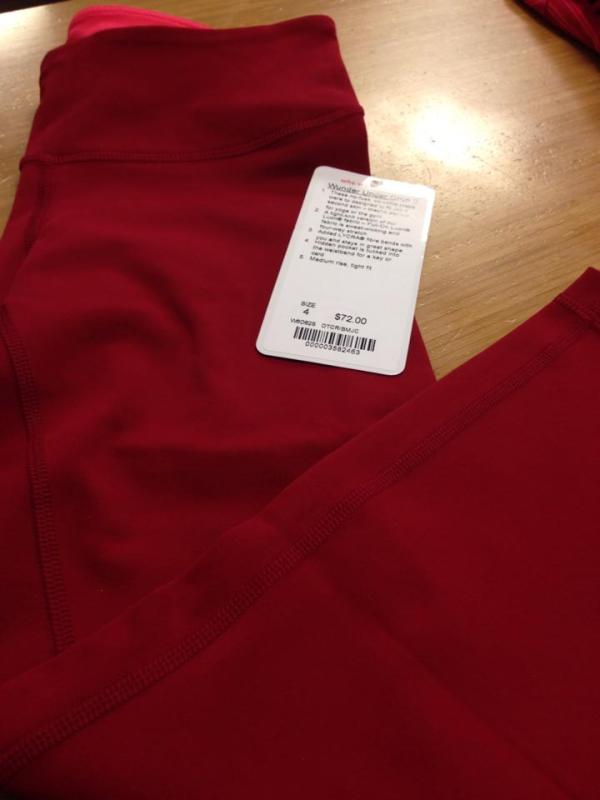 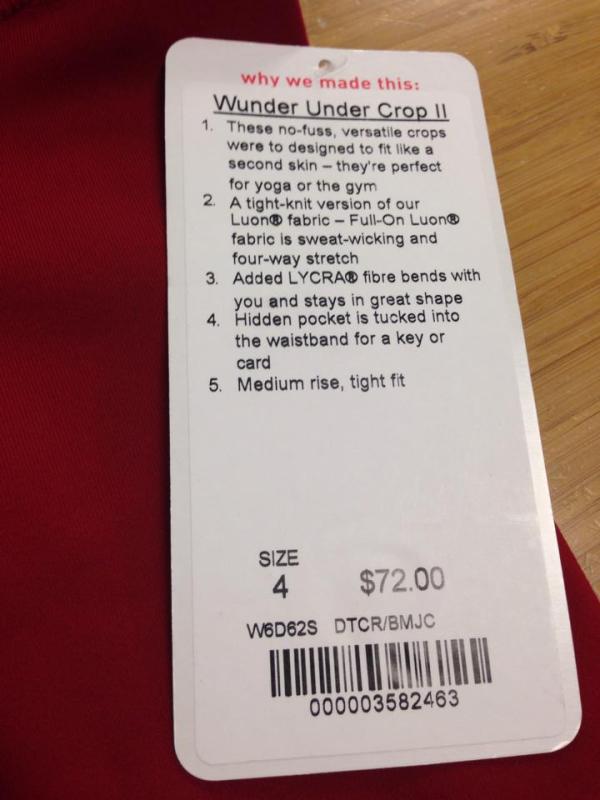 Aha!  The color spotted on Britt’s picks on Friday is indeed new.  Well, sort of new: it’s been released once before, but new for this season.  The color is deepest cranberry.  Comes in wunder under crops so far–not reversible, just the regular kind of WUC.

It’s a little odd because the pic in Britt’s picks showed a boom juice waistband on the outside, whereas the boom juice is on the inside of these.  They’re not billed as reversible, so it would be weird if the model in that pic was wearing them inside out.  Go figure.

(Thanks to my Canadian homegirl–again–for snapping these pics.)