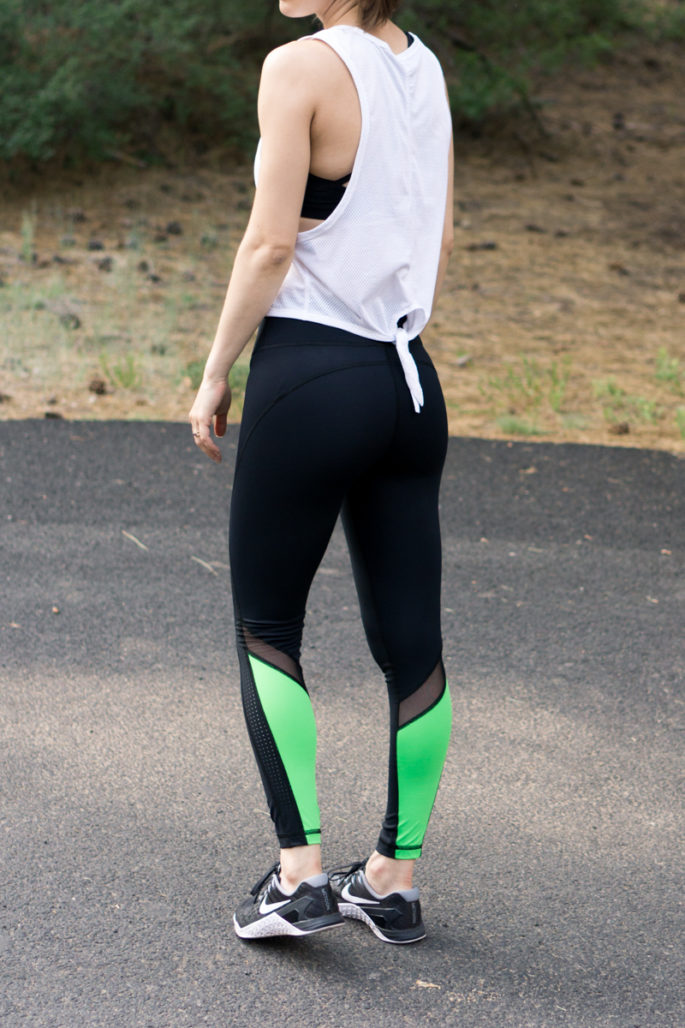 Activewear has been trending for several years now.  Being fit is in style and workout clothes have become more acceptable for everyday casual outfits.  The active segment of the fashion world has enjoyed a blazing growth rate for the last few years, seemingly with no end in sight.

According to market research by Euromonitor, activewear growth in 2016 outpaced the fashion industry’s growth at 7% versus 4%, respectively.  But within the estimated $78 billion market, the data show that “performance apparel” only grew by just under 5%, not much higher than the broader fashion industry average.  So how did the 7% number come about?  It was mostly driven by “sports-inspired footwear” (i.e., athleisure shoes) and performance footwear, both hovering around 9% growth.

While athleisure street fashion and sporty shoes might still be going strong, activewear itself isn’t reaching the same heights.  This report was published in January of 2017, so how those numbers have evolved in the intervening months remains to be seen.

Importantly, the data above encompass the entire global marketplace.  Outside of the United States, the activewear market is in different stages of maturity.  Europe and Asia still appear to be hot markets for activewear, which I would speculate are outpacing growth in the US in terms of percentage.

Here in the US, it feels like the tide is turning.  Even within the last year, active fashion seems to have reached a plateau as the market continues to mature.  Although this theory is partially a gut feeling, I have a few specific examples that lend support to the idea that active fashion is cooling off.

Two or three years ago, I was constantly discovering new brands.  It seemed like everywhere I turned, there was a new label launching and something new to try.  Now, it’s much harder to find new brands that look like promising up-and-comers.

And it’s not just me.  Multi-brand stockists like Carbon38, Bandier, and Revolve are rarely adding new brands to their lineup.  Instead, their new arrivals sections are stocked with new season collections from established labels.

The market is currently dominated by both long-standing activewear giants (e.g., Nike, Adidas, lululemon) as well as independent brands that are relatively young, but still established enough to have gained traction in their niche.  Brand new startups seem to have mostly dropped out of the picture and get little hype or awareness.

In other words, it feels like the market is equilibrating.  The players in the game are set, and shake-ups in the space are becoming rarer.

A while back, I found and followed a whole slew of fitness influencers on Instagram.  These women have become extremely popular, some even making a living off of their social media influence.

As the months ticked by, I noticed that many (most?) of them started posting more and more content that had nothing to do with fitness.  Although they had always shared some element of “lifestyle” content, the balance flipped.  Instead of fitness being the focus with lifestyle content filling in occasionally, now fitness takes a back seat to posts of their outfits, chic soirées, and beauty routines.

Even more telling, recently quite a few of them changed their fitness-minded Instagram usernames to something that no longer included fitness at all.  Although most of these women were never explicitly activewear influencers, the transition is still suggestive of the underlying trend.  Fitness seems to have become something influencers do in the background rather than their central message.

Over the last few months, traffic on this site has fluctuated, but the trend has turned slightly downward.  In particular, my reviews of non-lululemon brands seem to garner less interest than they used to.  Granted, lululemon posts have always outperformed posts featuring other brands, but the trend seems more marked of late.

It’s hard to gauge this one accurately, since I’ve also cut back on the frequency of posting to save my sanity and give me time for other important things in my life.  So, there may be other factors at play in terms of the slight slowing of traffic to my site, but it’s one more thing that has me raising an eyebrow at the state of activewear.

Not long ago, I would get inquiries from brands at least once a week asking me to promote their products.  These emails included a mixture of existing brands and new ones I hadn’t heard of.  These days, the inquiries have drastically slowed.  I get many fewer inquiries, and the ones I do get are often for other types of products, not activewear at all.  This observation supports the idea that there are fewer brands starting up.

A big caveat: activewear is not truly a trend

Here’s the thing: yes, activewear has been a huge market for a while.  It’s grown by leaps and bounds as being fit and wearing comfortable clothes has become particularly trendy.

That said, activewear isn’t like bell sleeves, blocky heels, or lace-up sweaters.  Though it’s been partially co-opted as a style statement, it’s not a purely aesthetic trend.  It’s a segment of fashion that actually has a functional purpose.

The future of activewear

The way I see it, activewear isn’t dying, it’s just entering a new phase of maturity.  Instead of the wild, haphazard period of growth in which everyone and their dog was starting an activewear label, the market is becoming more discerning.  This leveling off has always felt inevitable to me, it’s just been a question of when that shift would occur.  Perhaps we’re reaching that point now.

Now that the shiny newness of active fashion has worn off, I think consumers are re-balancing their buying patterns with a healthy mix of performance clothing and streetwear, rather than all activewear all the time.  Several years ago, the novelty factor of readily available, stylish, high-quality activewear was enough to throw us into a buy-everything frenzy.  As our closets have become fully stocked with spandex, we still appreciate a fantastic addition to our repertoire, but we’re choosier.

I absolutely still believe that new players can and will successfully enter the space.  Indeed, I hope they do!  Active fashion will continue to grow and fantastic products will continue to be available, but it will happen at a more modest pace in contrast to the meteoric growth of years past.

What do you think?  Has the luster of active fashion started to fade?  Have buyers gotten their fill of activewear and are now moving on to other things?  Or do you think the demand is still as strong as ever?