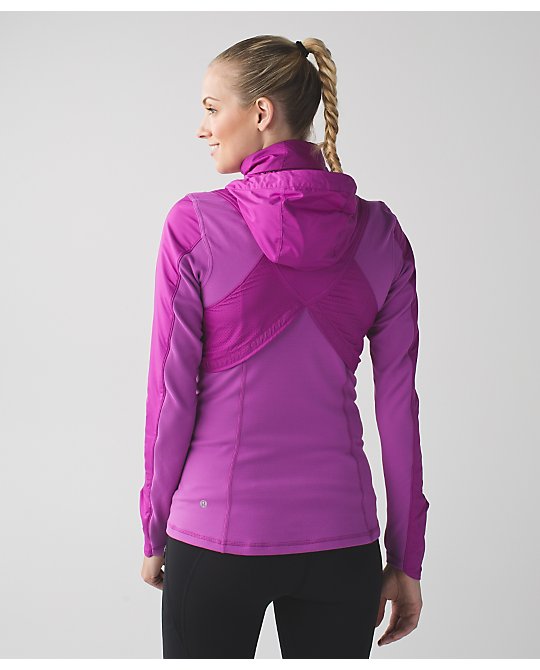 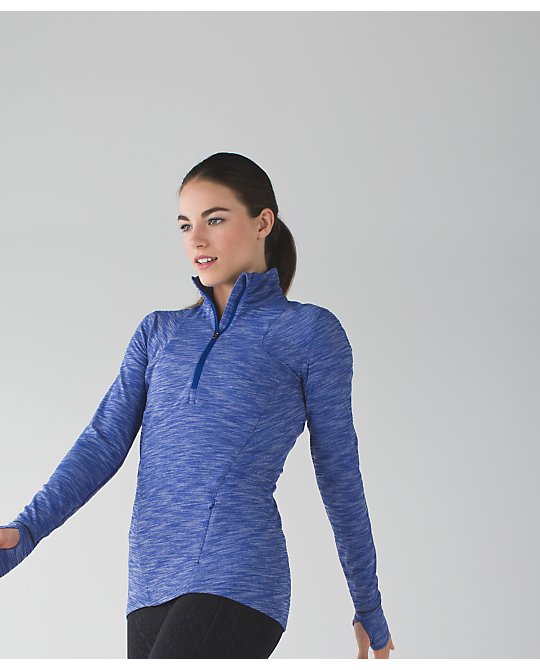 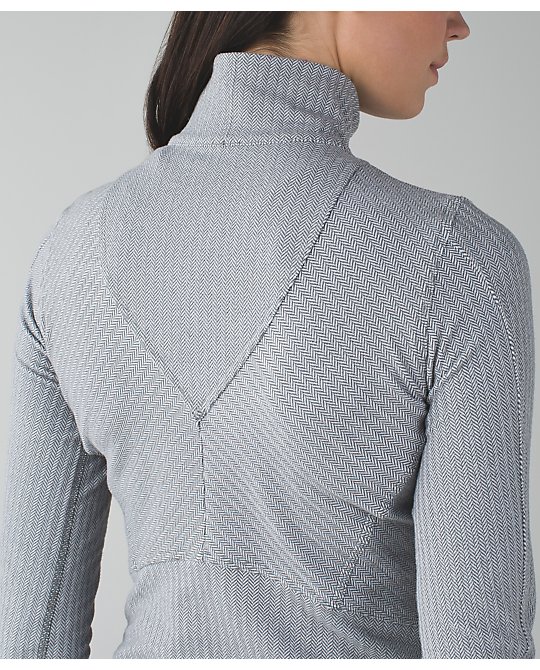 Canadians got the kanto catch me 1/2 zip in a couple of colors, including heathered sapphire blue and white herringbone.  The design of this has potential, but it looks like there’s a downward-angling seam just under the bust on the front that could nix this one for me. 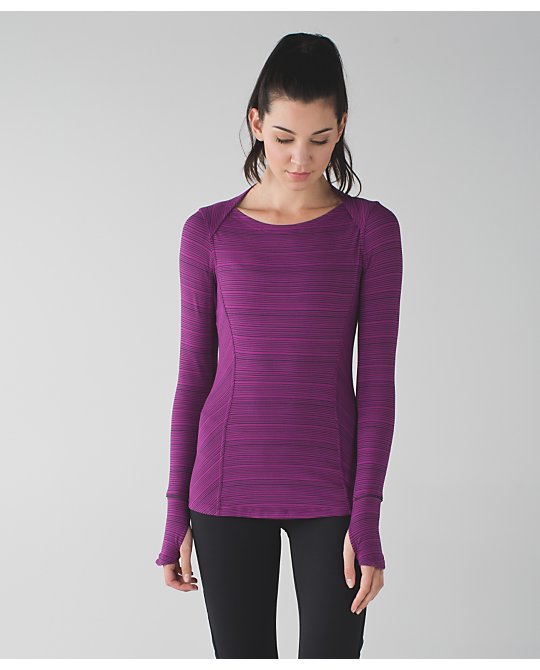 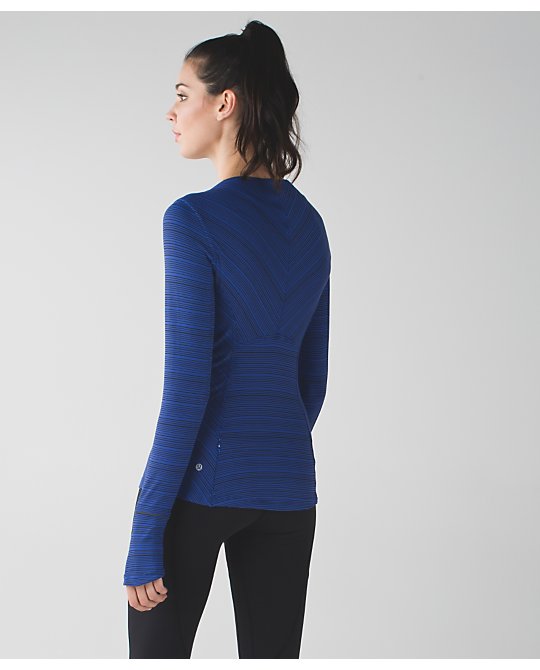 And on a similar note, here’s the new kanto catch me long sleeve.  These are regal plum kanto stripe and sapphire blue kanto stripe (blue is Canada only).  I like the angular details and interesting paneling in this capsule.  The details on last year’s rulu tended toward a bit more frilly (ruched shoulders, scalloped reflective details), so I like that these are a little cleaner. 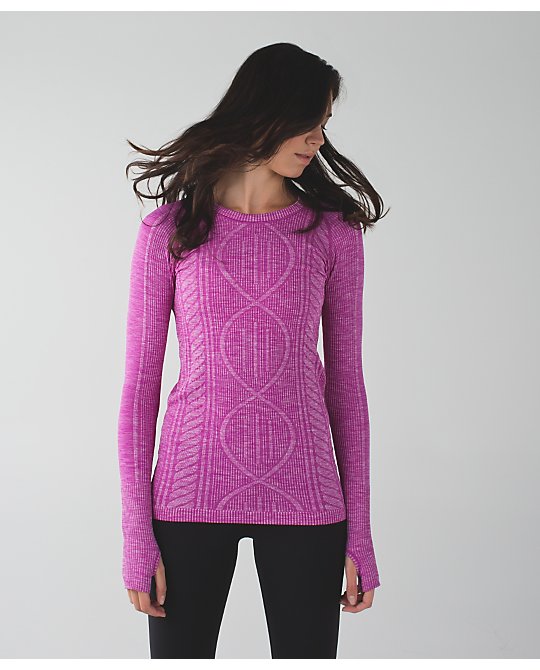 The rest less pullover is back in Canada, though so far just the exact same colors and patterns as last year. 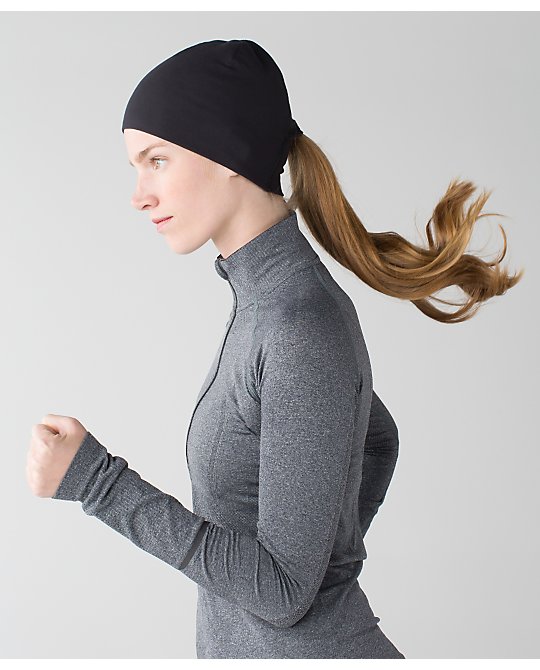 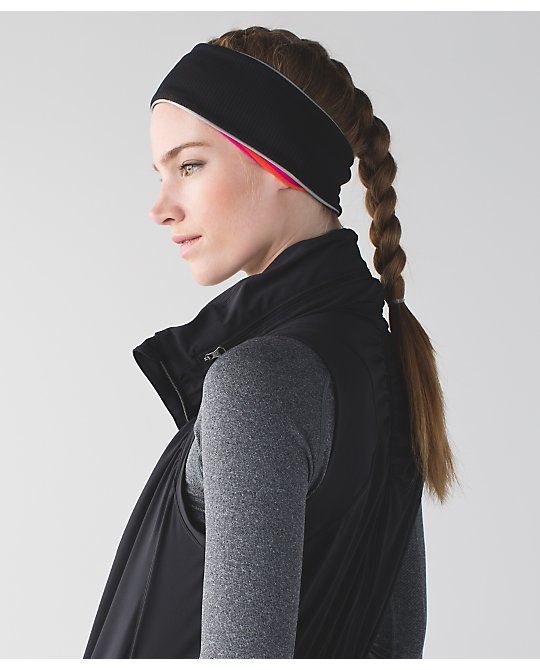 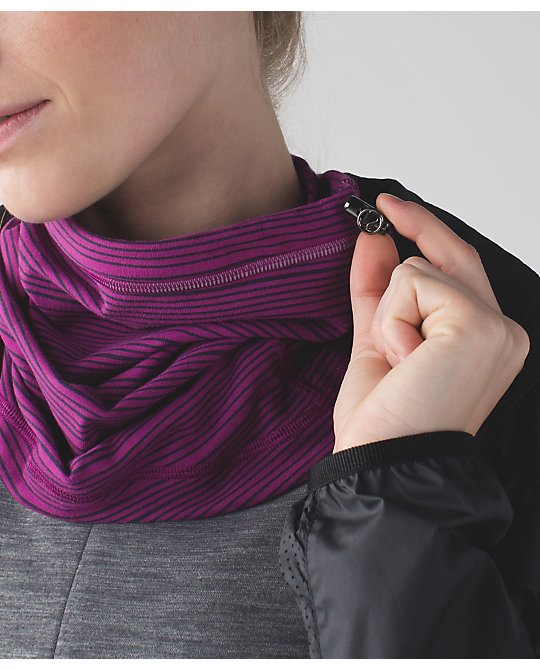 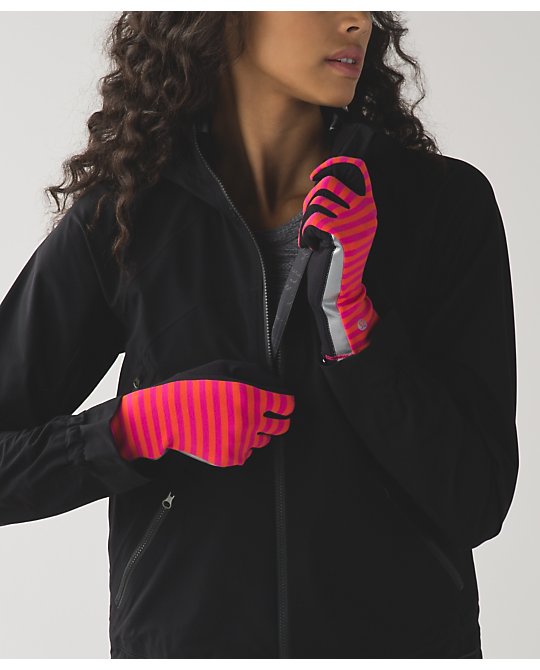 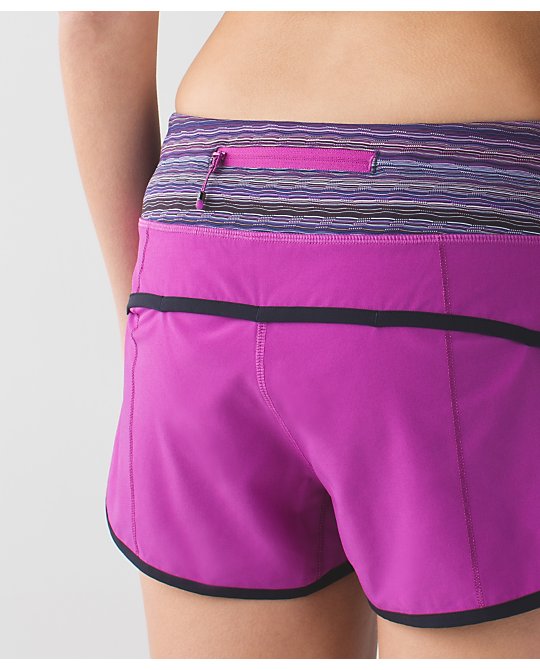 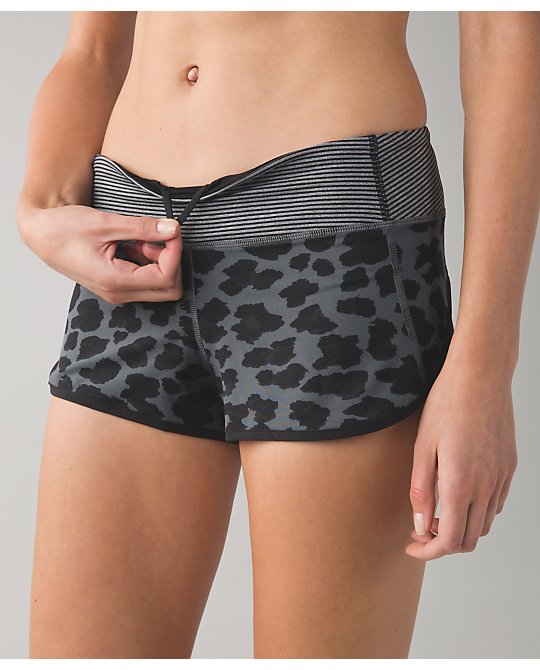 On the opposite end of the temperature spectrum: new speeds this week!  Both sides got ultra violet with contrast trim, while Canada got new cherry cheetah dark slate. 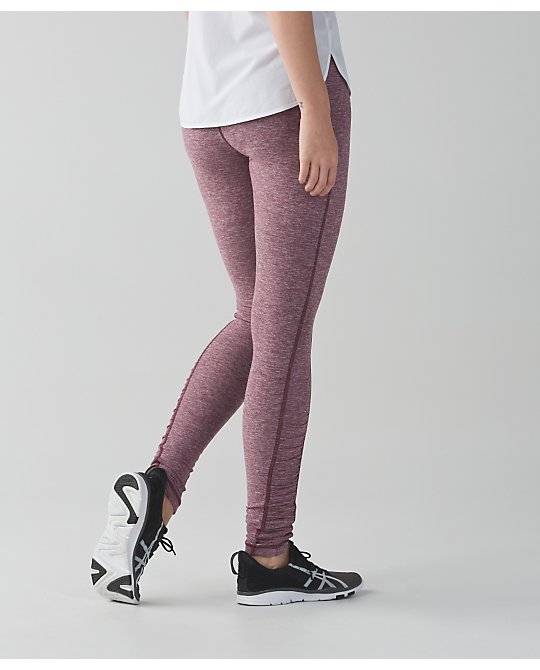 Turn around tights are back in Canada, shown here in heathered bordeaux drama.  These are also rulu, so another good cold weather option. 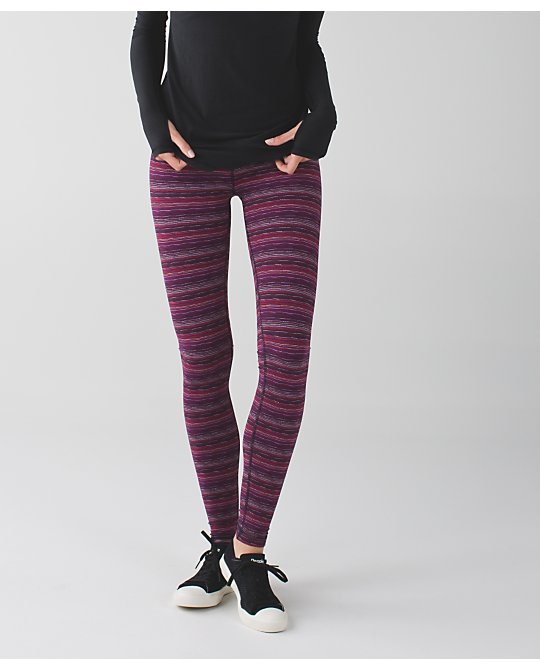 There wasn’t a lot of noticeable newness that wasn’t run-related, but these space dye twist regal plum wunder under pants look pretty nice. 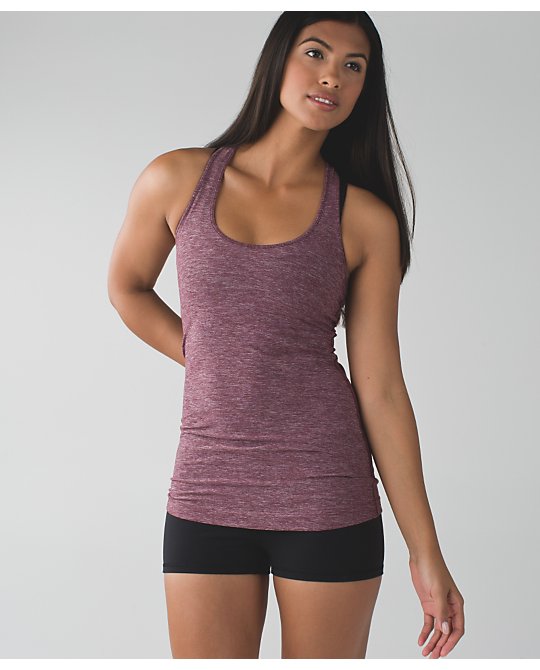 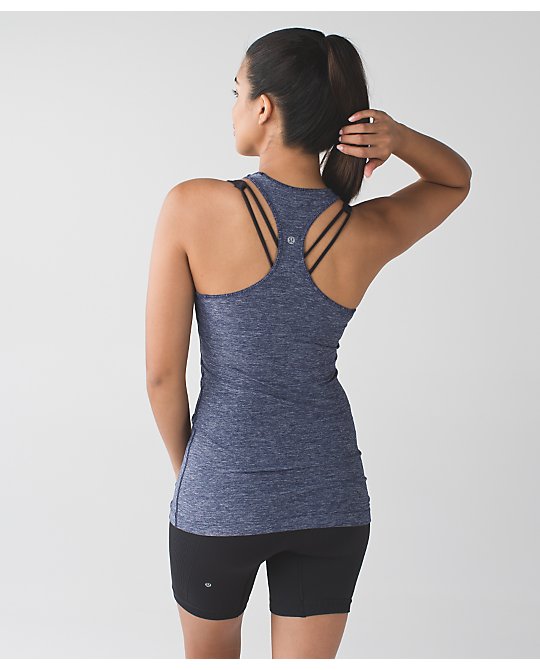 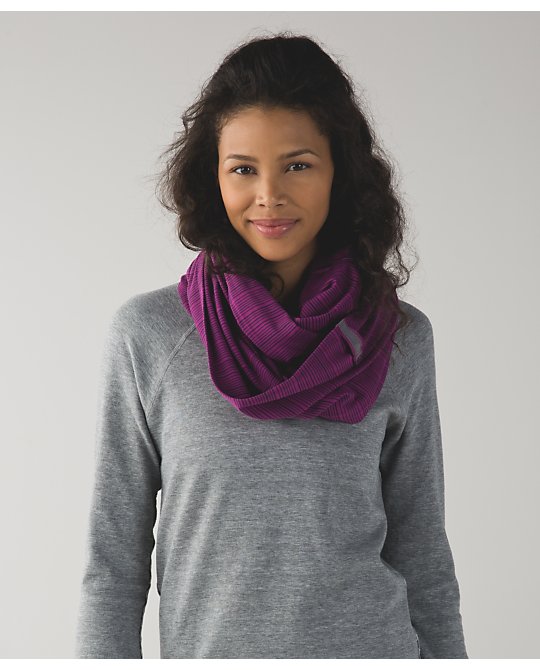 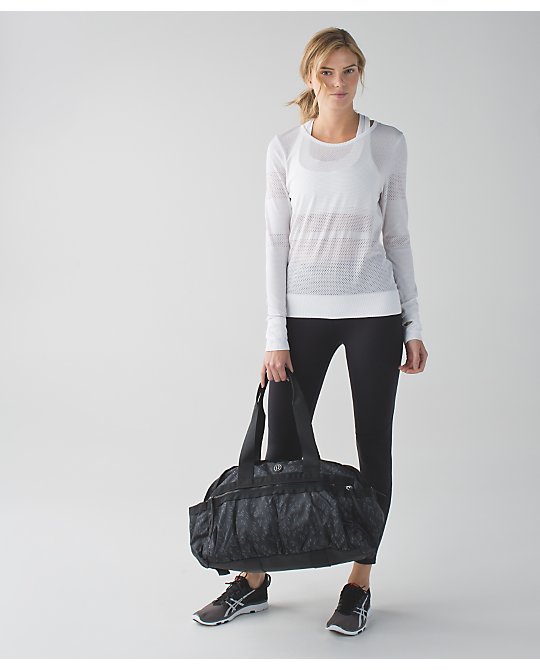 There’s a new open knit long sleeve coming, apparently, based on this photo from the new pitter patter gym to win duffel. 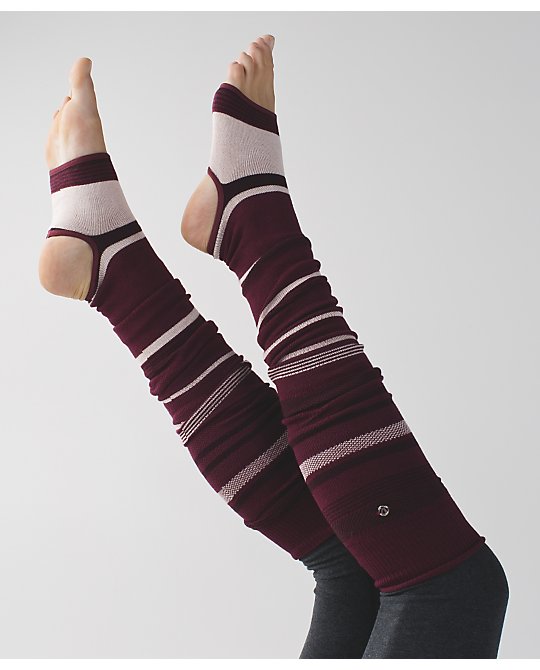