Lulu’s site crashed big time yesterday around upload time.  There have been technical difficulties that have made upload late in the past, but usually it would only be by an hour or two.  Instead, the site was down basically the entirety of yesterday late afternoon and evening, and upload finally went up late last night, at which point I’d long gone to bed.  Upload malfunctions used to happen pretty regularly, but to their credit, they seemed to have ironed out a lot of issues because there hadn’t really been upload issues for a good 6 months I think.  I guess we were due!

During the downtime, lulu put up a placeholder image asking us not to refresh the page.  This request was both kinda funny and also odd–can’t say I’ve ever seen that before.  If I had to guess, I’d assume that the overload of requests on their servers were making it more difficult to fix whatever issue they were having.

And then after all that rigamarole, upload pretty much sucked.  There wasn’t much of a theme except “stuff you might wanna wear when it’s cold”.  Mostly the new stuff was just filling in a few new colors in existing items, and a new style here or there, many of which we’d seen before.  I suppose uploads late in the month tend to be that way, but it made it an easy day to skip out on for me. 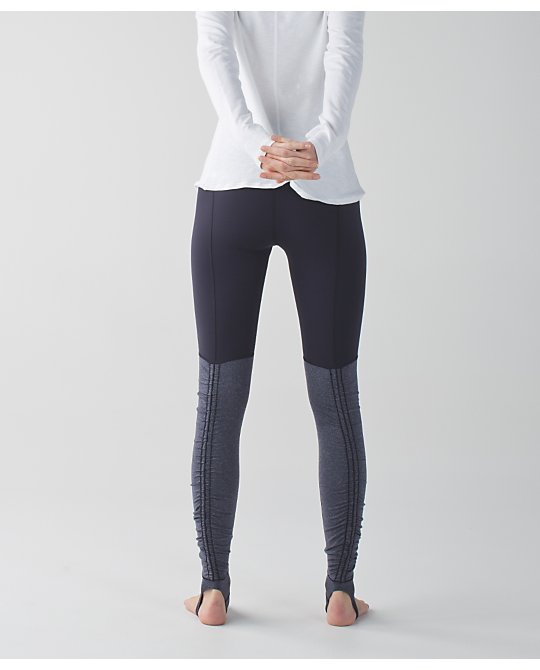 The special edition stirrup wunder under pants went up in quite a few colors, shown in naval blue/heathered naval blue here.  These seem to have garnered quite a bit of interest.

P.S. Brushed wunder under pants are back this week too! (Only in the US right now.) 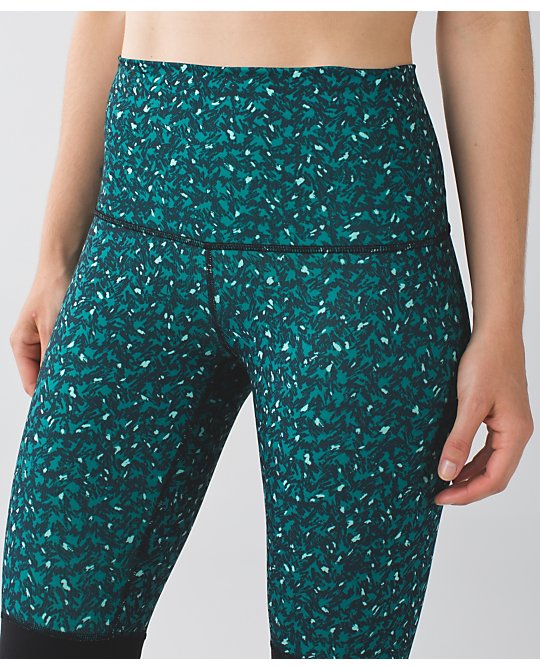 One of the other new stirrup pant colors is this new print: mountain peaks forage teal.  The colors are nice, but this is another print that’s going to save me lots of $$$.  Meh. 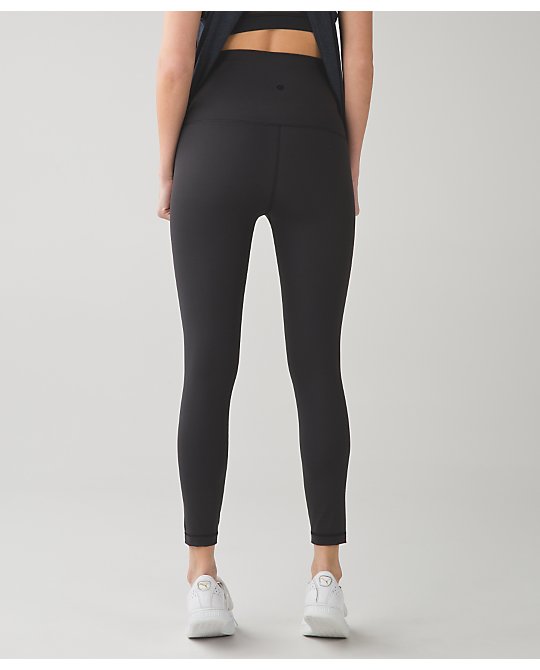 Canada got new super high times pants, which are just high times with an extra-high waistband.  On the model, it looks like the waist comes all the way up to her natural waist, probably an inch or two past the belly button. 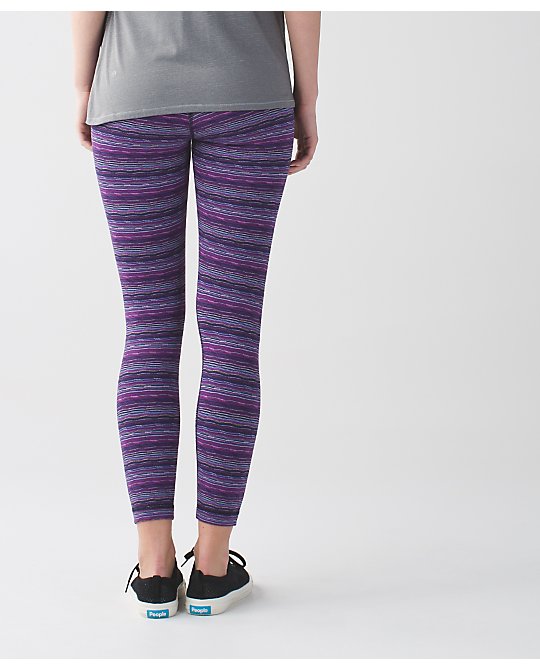 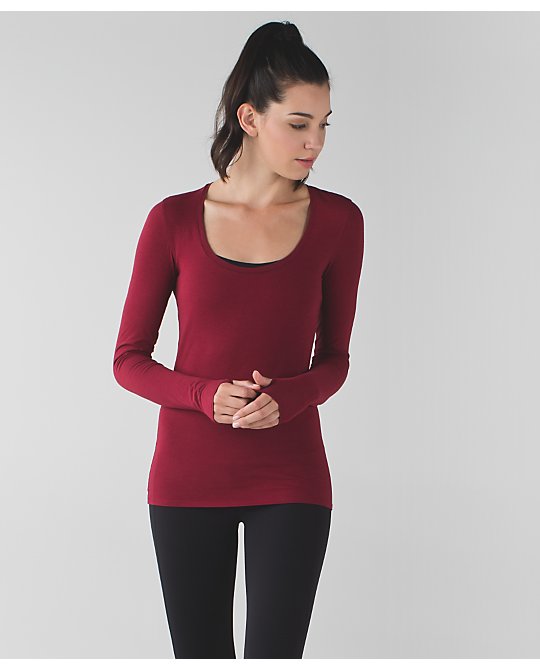 I’m curious about this new anahatasana long sleeve (shown in cranberry), but I’d like to see a few fit reports first.  I wouldn’t mind a couple more basic scoop necks.  I’m glad they kept the hem straight on this one, since it will be useful for layering purposes. 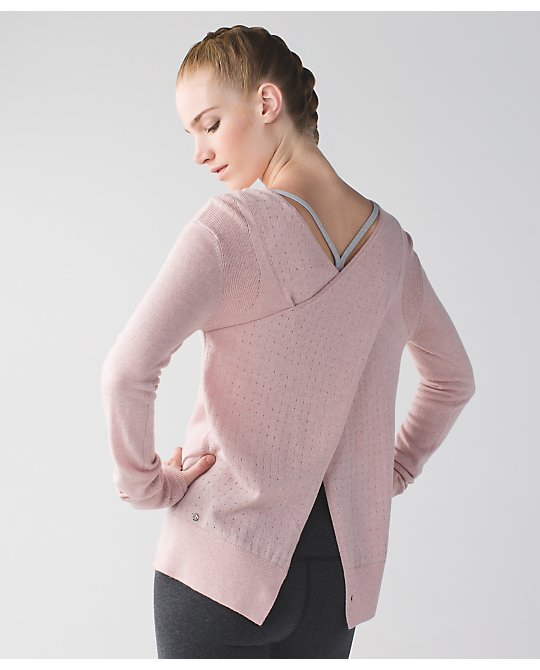 The merino wool sunset savasana pullover came to Canada in a couple soft fall colors, like mink berry (shown) and bordeaux drama.  The lighter color makes the perforations on the back much more noticeable. 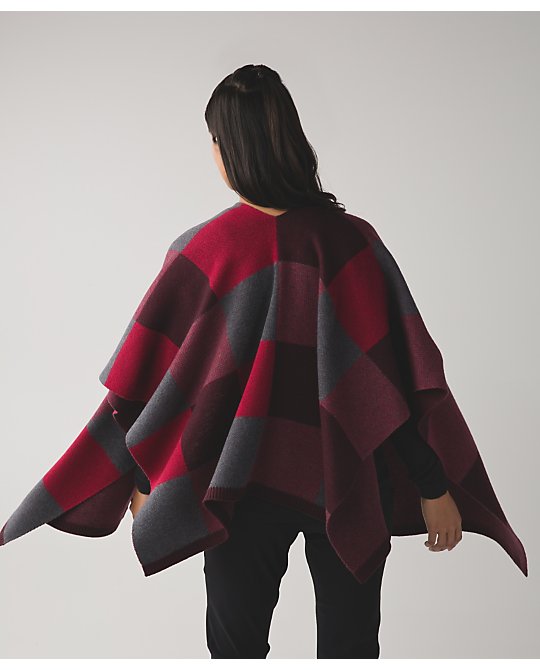 The bundle up scarf (well, poncho) is back in 2 new colors.  It’s expensive at $128, but is made of merino wool.  It sold very well last year, though I don’t remember.  Speaking of ponchos, I fell in love with this plaid poncho from Nordstrom when I saw it on style blogger Jessica.  A poncho is new style territory for me and Nordstrom’s is only $38, which is a much more appealing price for a piece that feels a little risky to me. 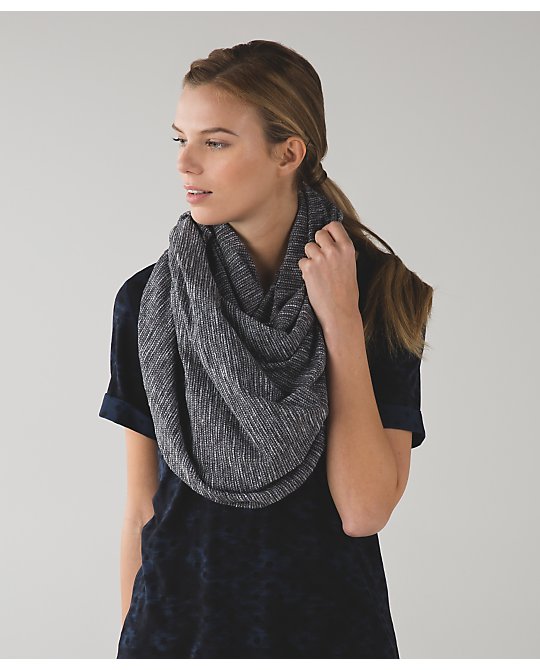 Lastly, this coco pique textured vinyasa scarf showed up in the US.  It’s the new “vinyasa ii” with the updated reflective tab.