As some of you may recall, last year lululemon made an exclusive capsule collection of designs just for the Wanderlust yoga festival.  This created quite a stir in the lulu community (and resale market, unfortunately), much like the exclusive SeaWheeze half marathon gear does.  Lulu is back at it with a fresh new range of prints and designs for the 2015 Wanderlust festival season.

Last year, the WL collection was exclusively available at tents at the Wanderlust festivals or at nearby stores close to the event date.  This year, they dropped the line in a handful of NYC stores today (and apparently at least one Boston store?), and word on the street is that they’ll also land in some Vancouver stores later this summer.  I’m not sure what their rationale is for these drops, but my best guess is that this drop is supposed to be related to the WL that’s in Vermont later this month.  Extrapolating a little, perhaps major stores close-ish to the festival will get product a little bit before each festival.  Right now, I’m not sure if, when, or at what other cities, stores, or Wanderlust events this collection will be sold. 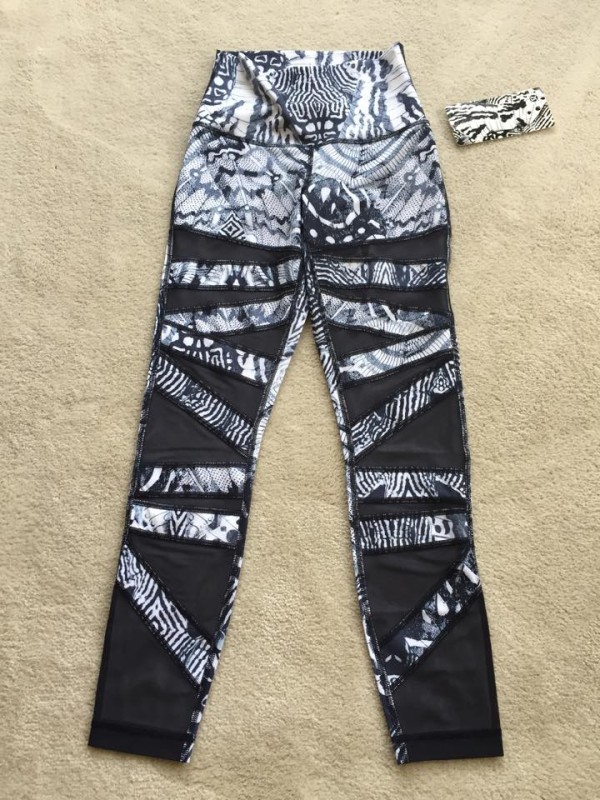 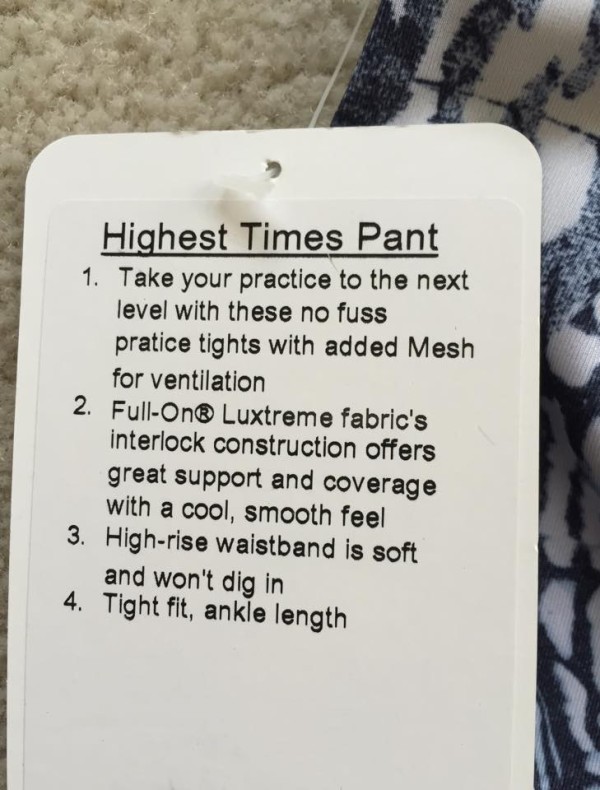 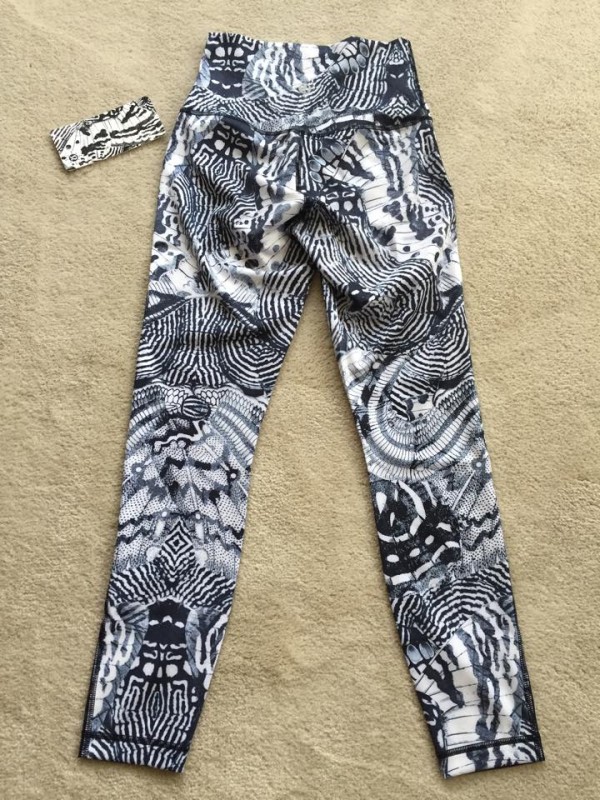 Highest times tech mesh pants in one of the exclusive wanderlust prints.  These actually remind me a lot of the heat wave high times, though the black inserts here are mesh (they were solid black fabric on the heat waves).  I like the print itself.  The print is naval blue, not black. 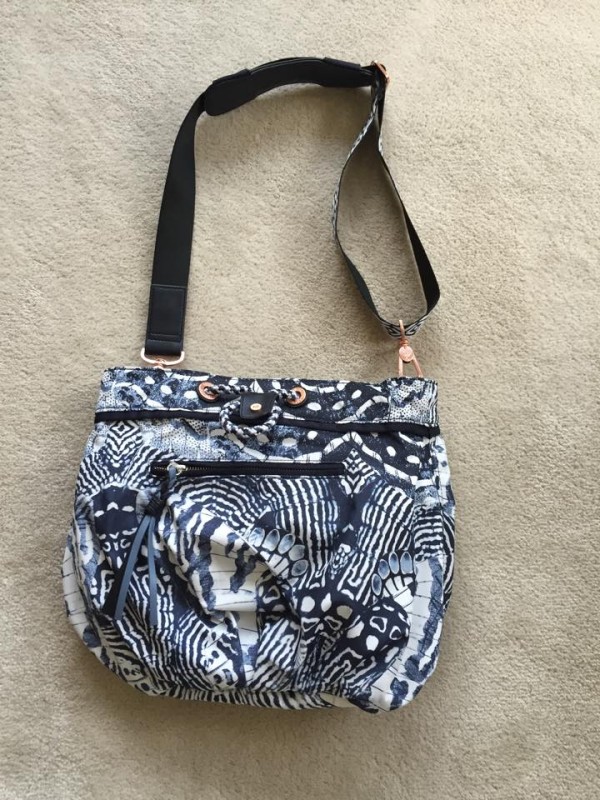 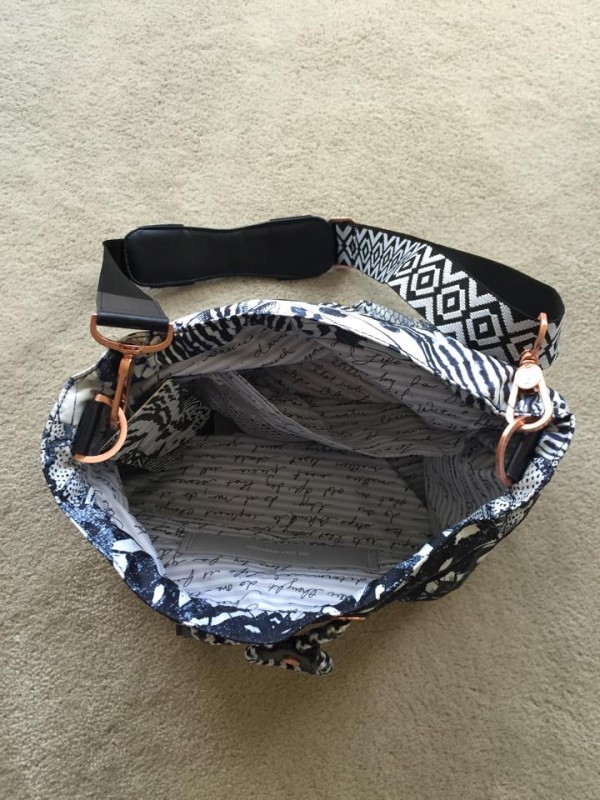 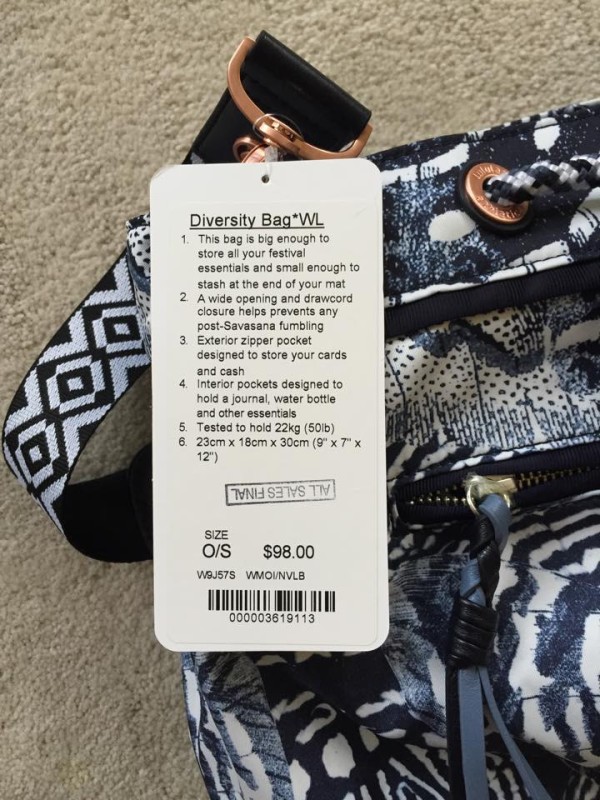 The diversity bag, again in the navy tribal print.  The lining has script on it and the .  This is probably my favorite of the wanderlust items. [Thanks to Agent C for sending along the above photos!] 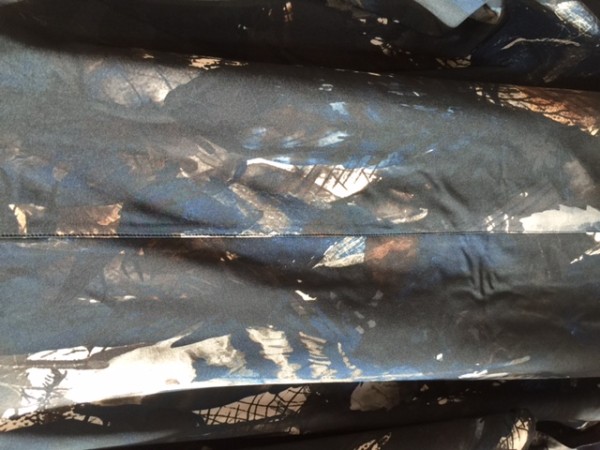 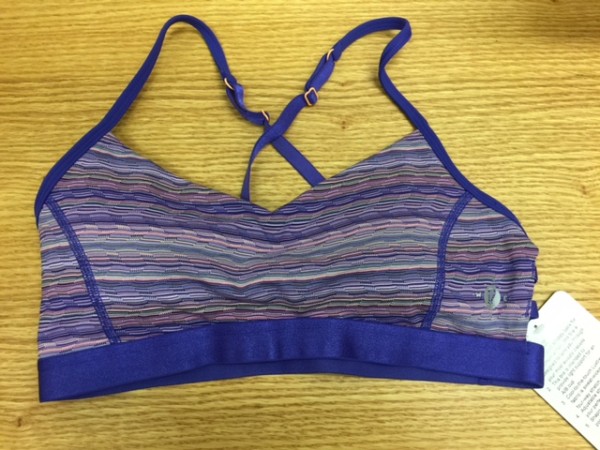 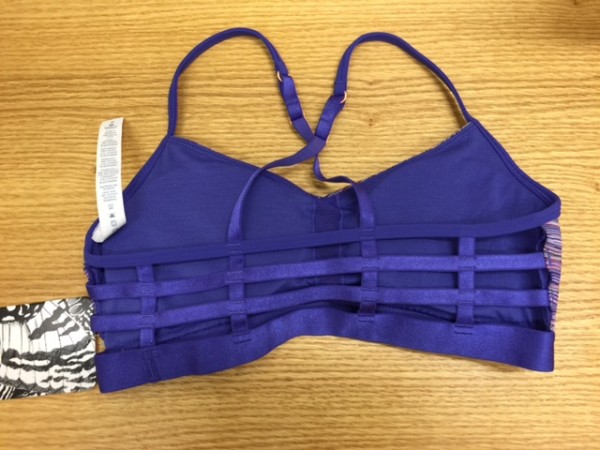 Shala bra in iris flower/stripe.  The shala bra is almost identical to the hot spell bra, but the band is a bit wider on this design.  It’s interesting that they decided to use the same colors that are in stores right now (they didn’t last year). 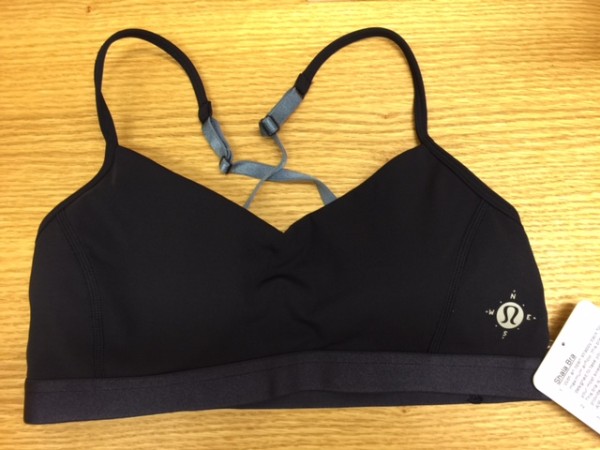 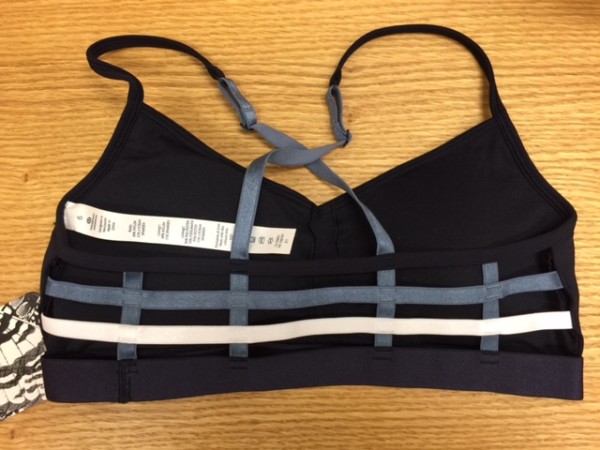 Another shala bra in black.  Also, I don’t have pics of this, but I believe this bra came in the same feather print as the towel above as well. 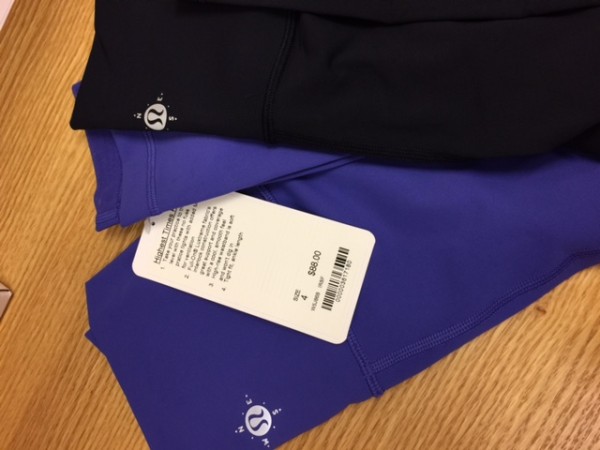 Highest times pants in solid iris flower and naval blue, also tech mesh.  These are full-on luxtreme, and there doesn’t seem to be any Wanderlust elements besides the special logo. 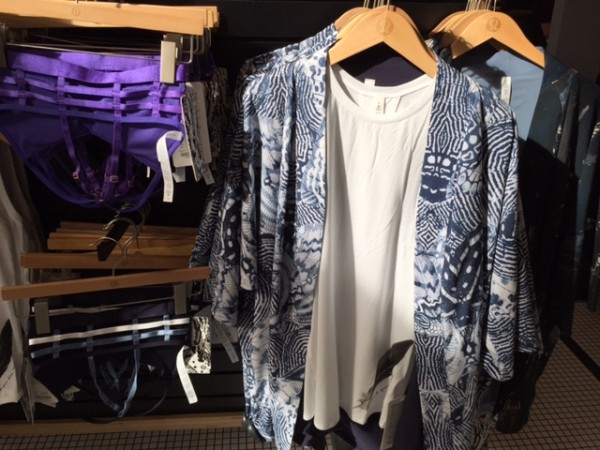 Casbah kimono (there’s a feather print version behind the tribal print) and the nook tank, which is cotton with a little feather and script (“find your true north”). [Thanks to Agent A for this set of photos!] 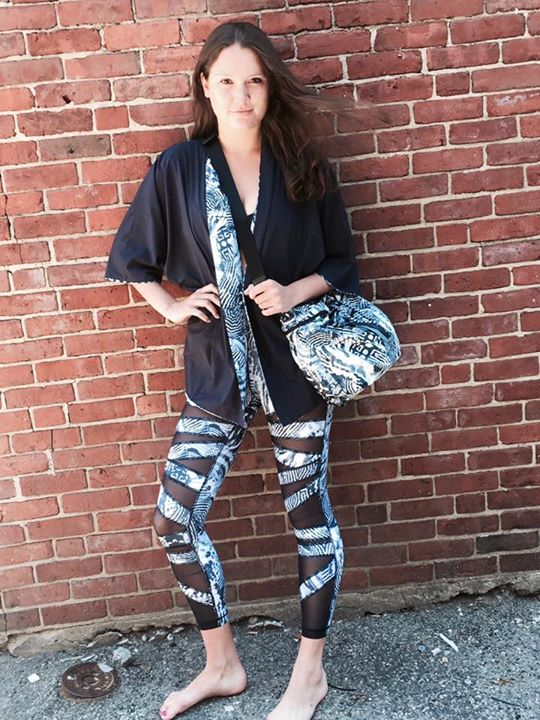 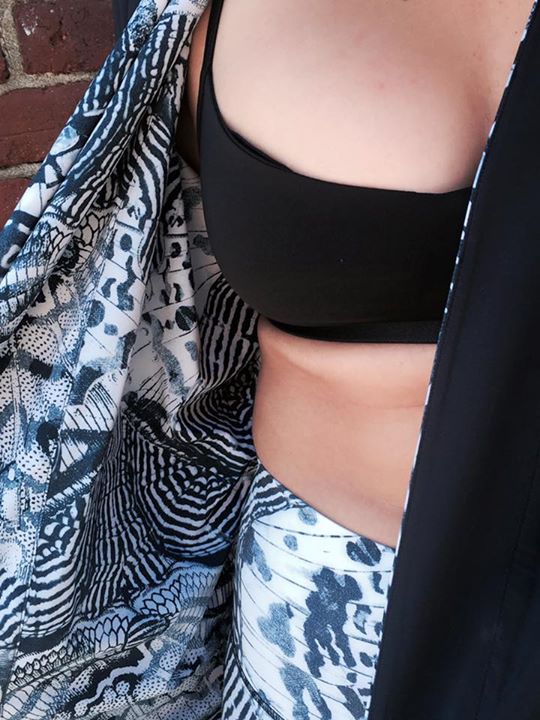 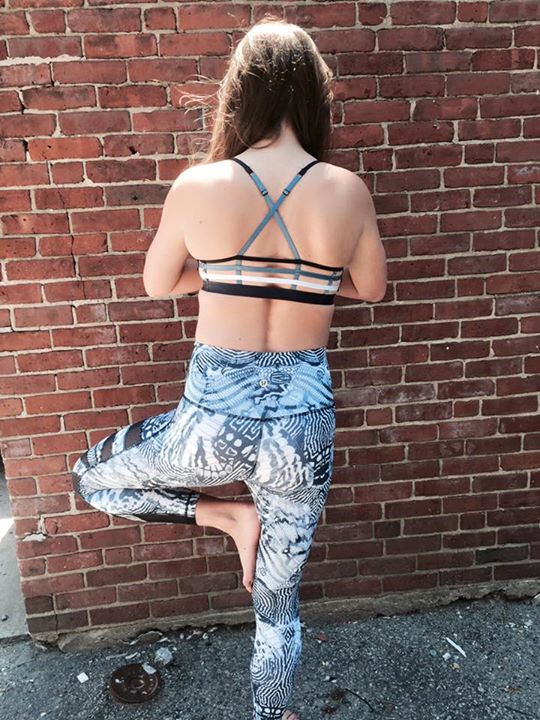