Happy Friday!!  The Ivy Park launch this week sold like hot cakes, but there’s lots else to see from the rest of the spandex world, too. 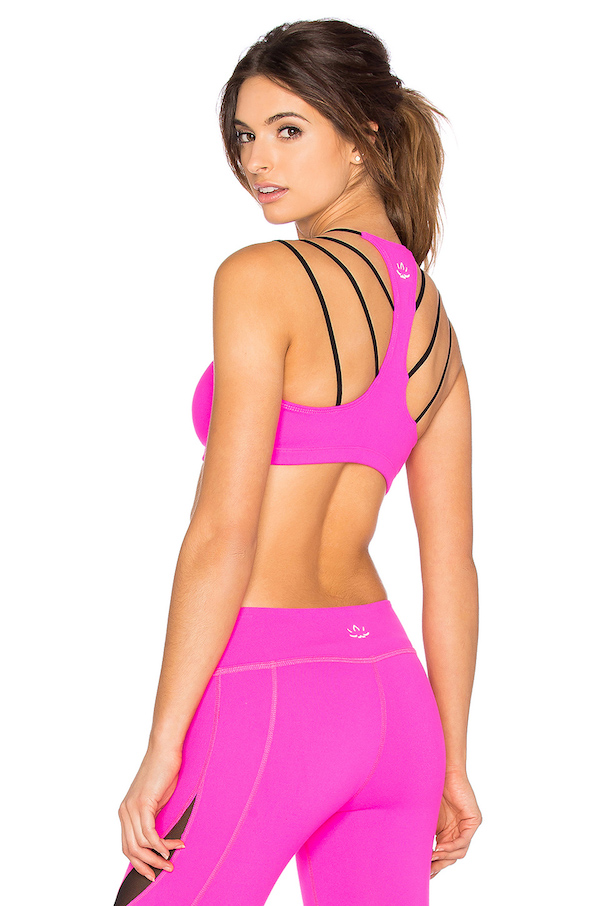 I am in love with this new strokes of genius bra by Beyond Yoga, found via Revolve.  The stringy, strappy details are a little bit reminiscent of lulu’s free to be wild bra, except BY’s version looks sturdier.  So far, besides Revolve, I also found this bra in heathered dark grey at Anthropologie and in back on Beyond Yoga’s site.  We’ll see if more colors pop up elsewhere in the next few weeks.  BY’s website says it’s medium support, so I’m tentatively hoping it’ll work.  I ordered it to try! 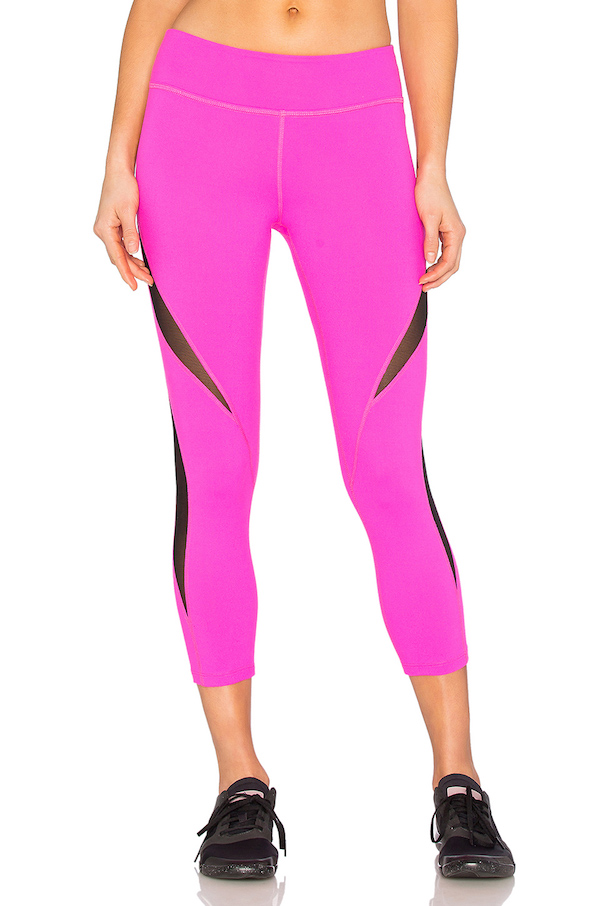 I also couldn’t help but order the matching heat wave crops.  The contoured mesh accent is really pretty, and in a moment of weakness I just really liked the idea of the bra and crops together.  I’m not 100% convinced either of them will work out, but Revolve has such a painless return policy that I figured it was worth a shot.  I also like the aquatic blue version of the crops on Beyond Yoga’s website. 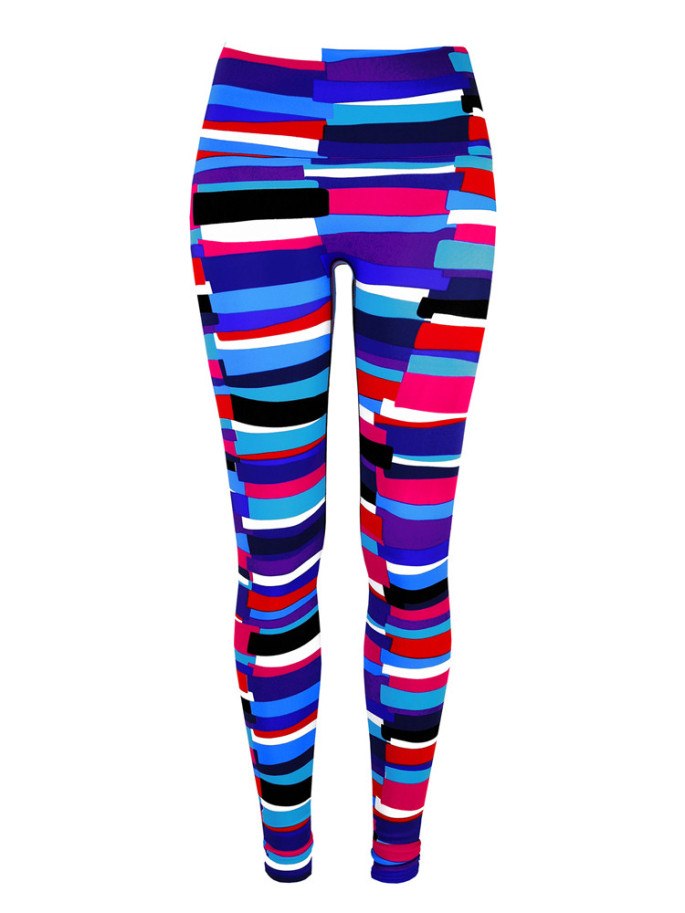 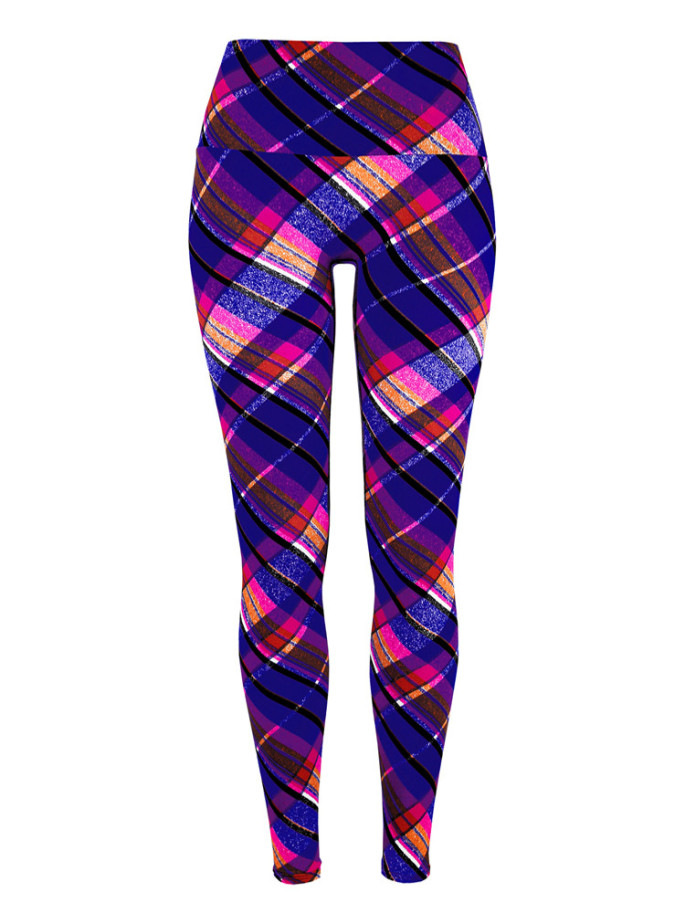 K-Deer released a collection of new prints for spring with all kind of bright colors.  My favorite has to be the new wildcard print, up top.  Flex, a new plaid, is a really fun and unique pattern, too.  You can see all the new prints for yourself here.

Werkshop’s third and final installment of their Under the Sea collection is out!  This includes sharks and purple scales above, plus turtles and teal scales.  The collection has been really popular so far, so be sure you act quickly if you want something.  Otherwise, you’ll just need to wait around for a restock. 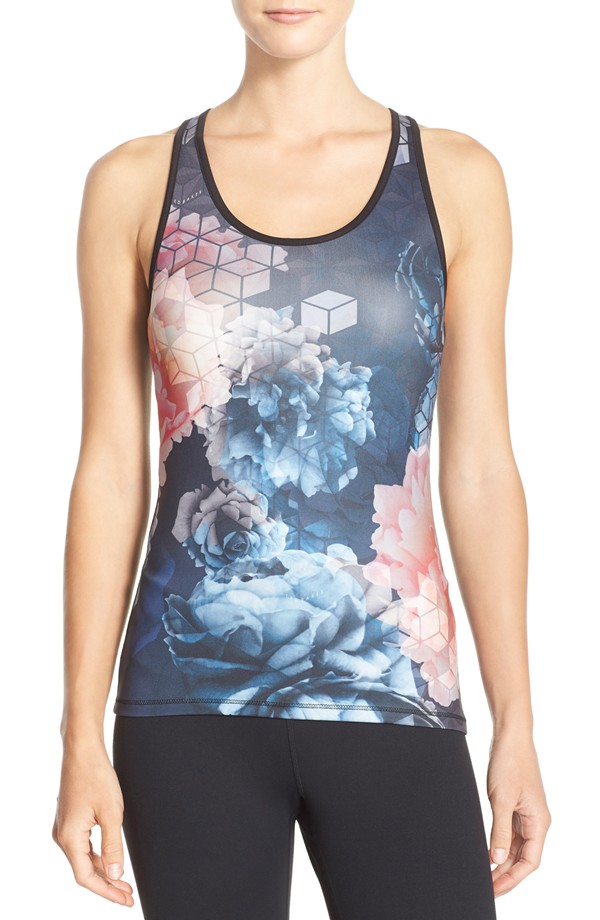 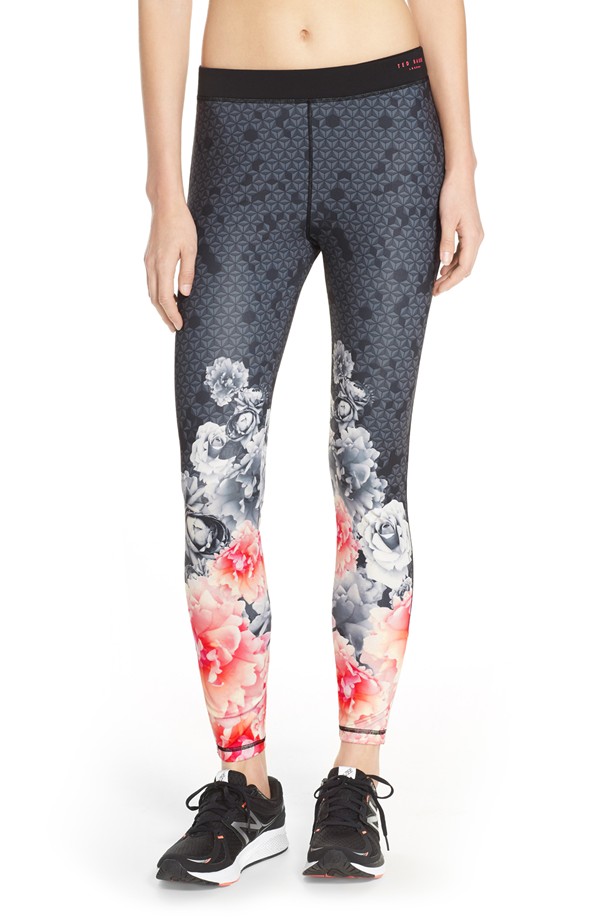 Another “normal” fashion designer, Ted Baker, snuck their way into the activewear world.  They call it Fit to a T.  I found a couple new Ted Baker designs via Nordstrom this week, including the leggings and tank shown above. 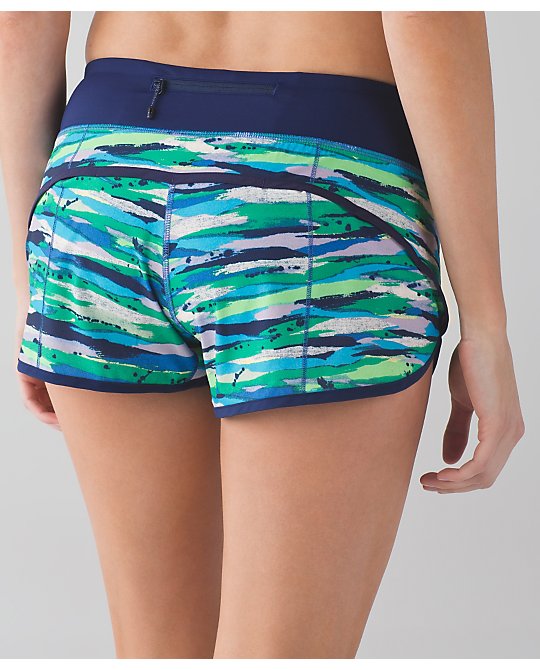 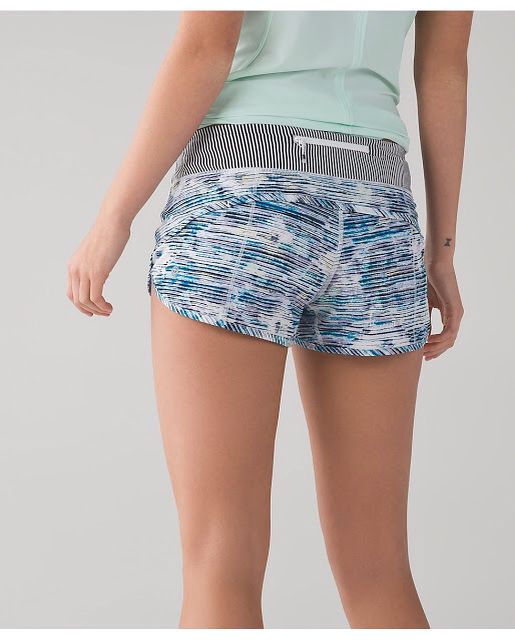 Lululemon has two new prints out that are both really popular: seven wonders and blurry belle.  The blurry belle pattern is especially a hit–the speed shorts sold out really fast.  A few other tops and bottoms are popping up in blurry belle though, like real quick tights. 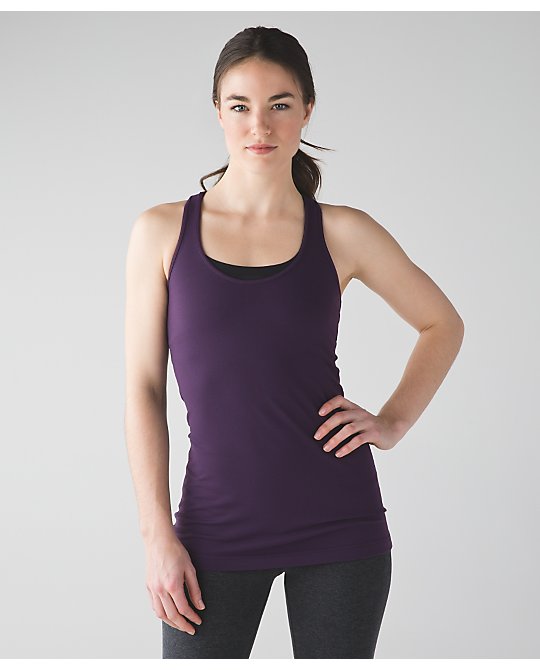 This week, lulu also dropped a new deep zinfandel cool racerback.  Deep zin is a really nice shade of purple–lots of fans were really pleased to see this one make a comeback.  Besides the CRB, there are a few other new items in zin too, like align pants. 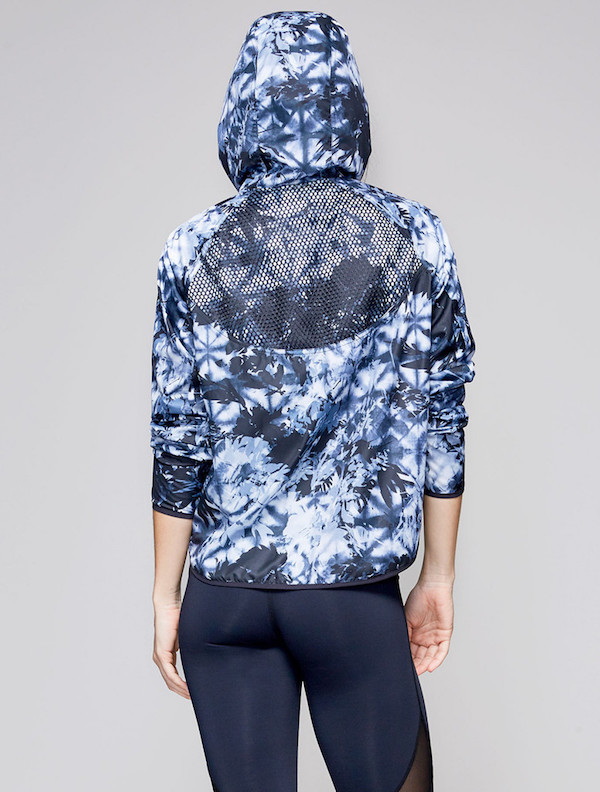 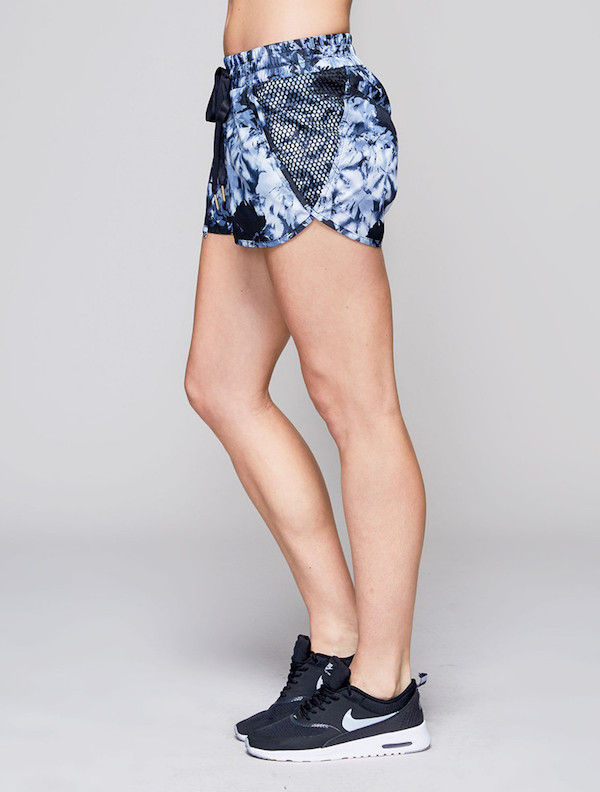 Alala released another new spring print, palm shadow, in both new and core styles.  I’ve seen bits and pieces of this print floating around other stockists throughout the season, but the main site has some new pieces (like the ones above) that I hadn’t seen elsewhere.  I like the monotone style of the print, since it makes it easy to pair with other pieces.

I picked up a sports bra and leggings from Ivy Park that I talked about in the Ivy Park drop post.  Nordstrom has a note that says they’re going to be adding more Ivy Park (many styles are completely sold out, and sizes are pretty hit or miss with the leftovers), so we’ll see if I like what I got enough to buy more.  As I mentioned above, I picked up Beyond Yoga’s strappy bra and matching crops.  I picked up lulu’s deep zin CRB from this week’s upload, plus I snagged a pair of sea mist speed shorts on a bit of a whim.  The sea mist shorts haven’t gotten much love, but I think they could look nice paired with saturated colors on top like deep zin or hot pink.

I also caved and ordered those L’Urv’s atomic kitten leggings from Carbon38 that I talked about recently.  I picked up a pair of Vimmia’s vigor capris from Bandier since I’ve been so happy with my other pair of Vimmia leggings.  Can’t go wrong with a pair of heathered black crops.  And lastly, as the dark horse in my order lineup, I ordered a pair of slub crops and a strappy sports bra from Manduka’s new foray into apparel.  I had a coupon code, so I figured it was a good time to give them a shot!

In other words, lots of reviews coming your way in these next few weeks.  I’m definitely going to have my hands full for a while!