It’s Thursday, and that means it’s time for another week of lululemon upload previews via what we love.  This week’s previews is actually a pretty high percentage of stuff that’s really new and not seen before elsewhere.

Btw, for those who may be wondering, a friend tipped me off to another heylululemon thread that says the pistachio cool racerback isn’t supposed to be in stores or restocked online. (There’s a chance this only applies to the US, but it sounds like it will apply to both US and Canada.) If you do see any pop up, it’s likely due to returns.  That particular CRB was apparently made in only small quantities, so if you missed out on upload, your chances of picking one up are lower than I thought.  I’m guessing this is the same story as the heathered lullaby CRB from a couple months ago.  Sorry, friends. :(

At any rate, here’s what’s coming our way next week: 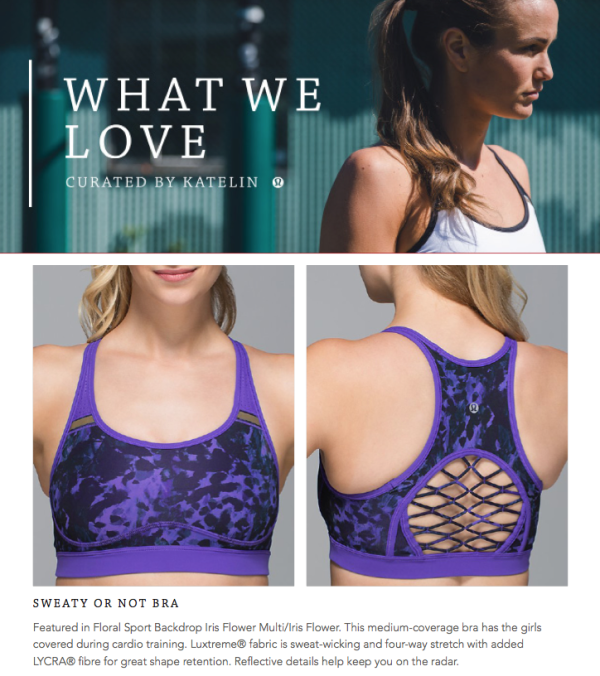 There’s a new sweaty or not capsule coming, featuring strappy details.  As the name implies, this is more geared toward high-sweat workouts. 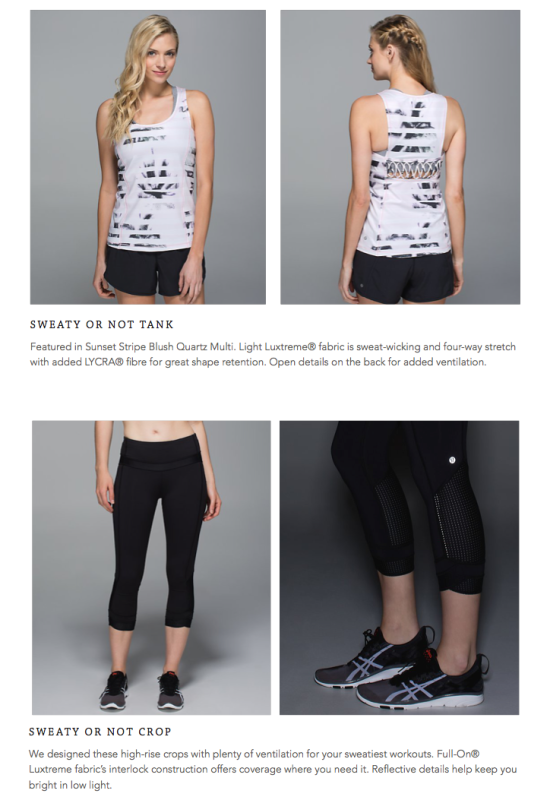 The sweaty or not tank is the only non-new part of this capsule, since it was added overseas this week.  It uses similar details as the bra.  The sweaty or not crops kind of remind me of the var-city crops, except for the lack of criss-cross detailing at the leg. 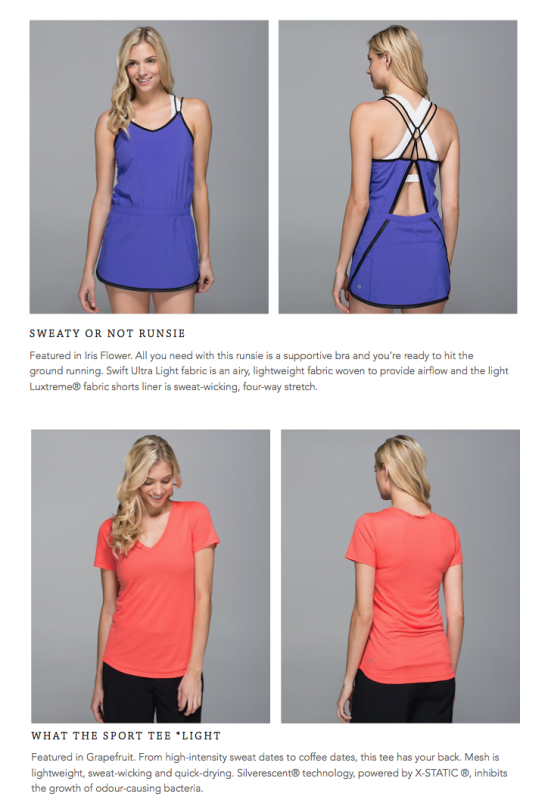 Here comes another runsie!  This one has a skirt, so it’s basically a run dress?  It reminds me of an apron, but I’m also wearing an apron as I write this, sooo the seed may have been planted subconsciously.  Overall, looks like there aren’t any wants for me from the sweaty or not line.  Also, they’re rolling out more and more what the sport tees, it seems, the latest being grapefruit.  Apparently, there are two different weights of this tee, so if you want a little more coverage than a tank, but still want to stay cool, this might do the trick. 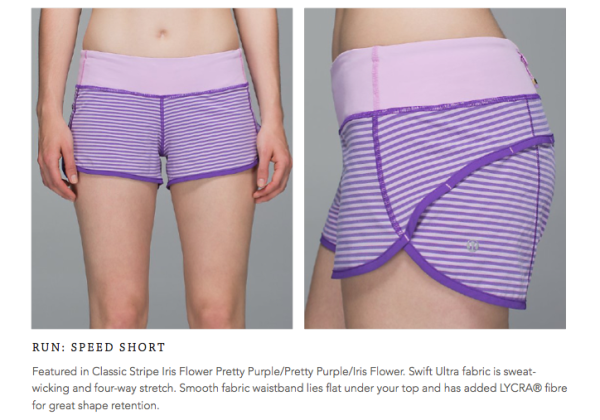 Going along with the recent reappearance of some items in classic stripe, iris flower/pretty purple are on their way.  These are pretty cute, but I think as far as purples go, I prefer my solid bruised berry, so my wallet can breathe a momentary sigh of relief. 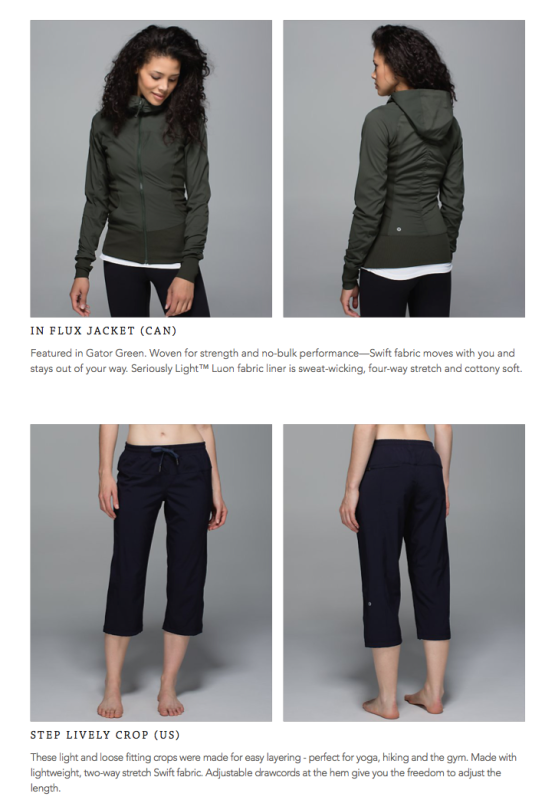 The gator green in flux jacket looks like a nice basic color for those who like to wear more earthy tones.  And Katelin notes that the step lively crops might be a good substitute for those missing the days of dance studio crops.  The shape looks similar, but there’s not as much gathering as the DSC’s.