A Canadian chatter made an accidental discovery on the vinyasa scarf page today (again, note you have to be viewing the Canada side to see it from this link): 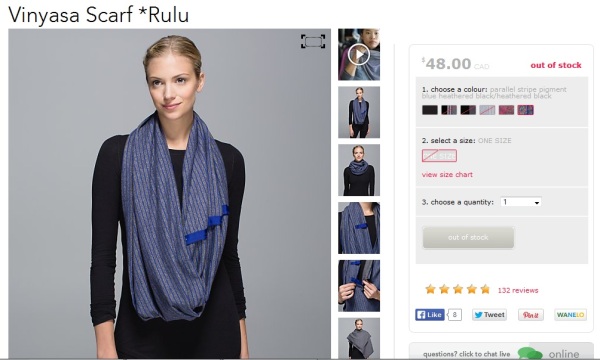 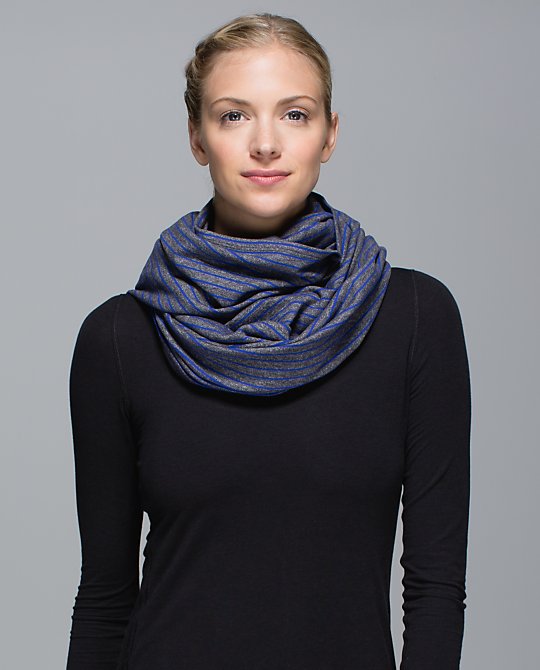 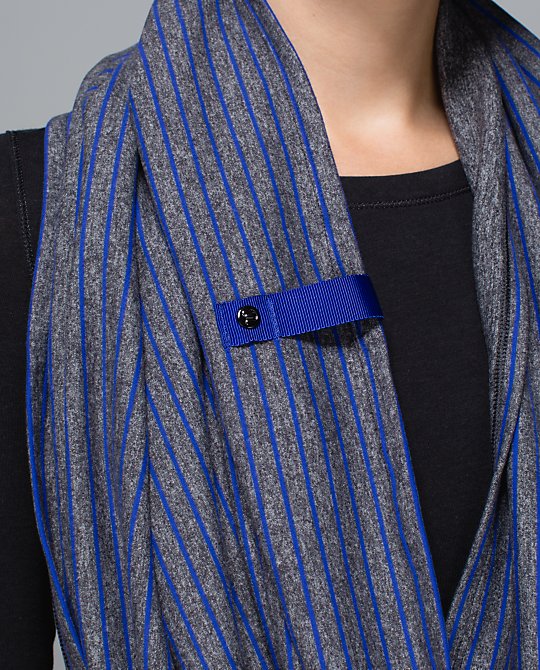 In case you can’t read the text, it says that’s a pigment blue parallel stripe/heathered black vinyasa scarf.  It’s listed as not in stock, probably because it hasn’t been released and this is some kind of website glitch.

Now, quite frankly, despite it being a mix of 2 magical things (parallel stripe and pigment), I’m solidly “meh” on this vinyasa itself, BUT this has a couple of interesting implications:

1) Perhaps CDBG is pigment after all (spaCe Dye Blue piGment)?  A color comparison of the new swiftly with pigment showed striking similarity.

2) Maybe pigment will be one of our November/December colors in general?

3) Maybe all those pigment items that Australia got over our summer/their winter will be in North America for our winter?  Some people had hoped/speculated that this might be the case back when those items were hitting Australia.