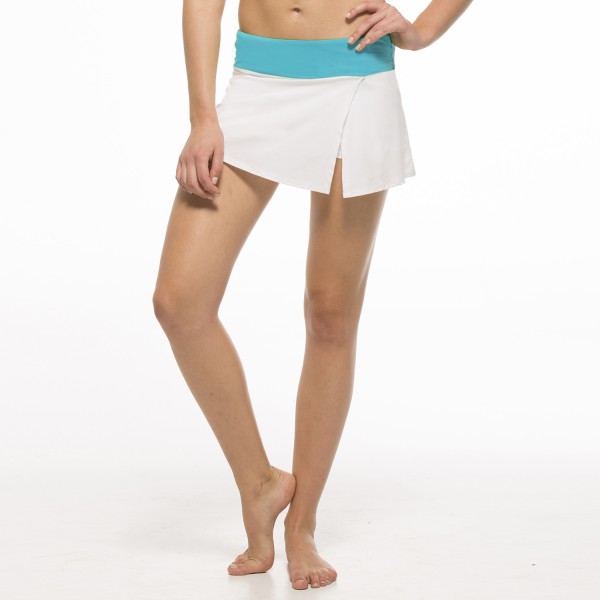 Interestingly, they also released a blue very similar to blue tropics.  The teal family appears to be popular: Splits59 calls this “ivy”, lulu has had bali breeze and now  blue tropics, and YogaSmoga recently released “verdi”.  This is their “kick” tennis skirt. 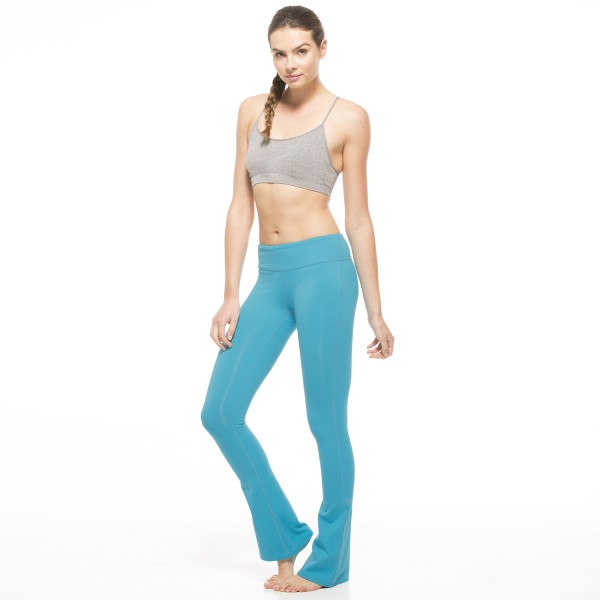 The cult favorite Raquel tights were released in the ivy color, along with a few of their other core items. 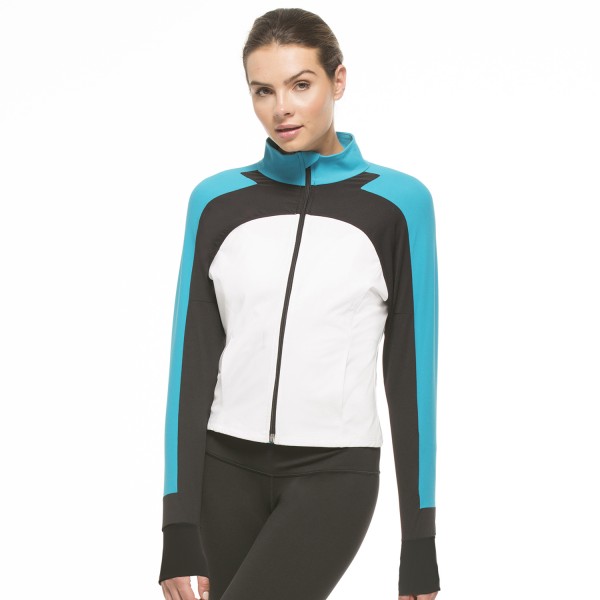 The rally performance jacket with ivy accents is very tennis-y and also kind of reminds me of a racing jacket. 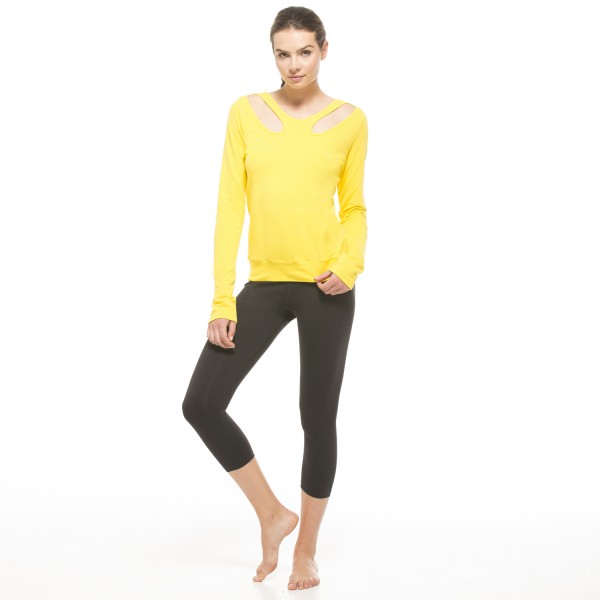 The new “challenger” cutout pullover in “auric”, a  new yellow.  Lulu has also just released a yellow, “bananarama”, also lulu’s yellow is darker and more mustard-toned.  Yellows and teals do work well together. 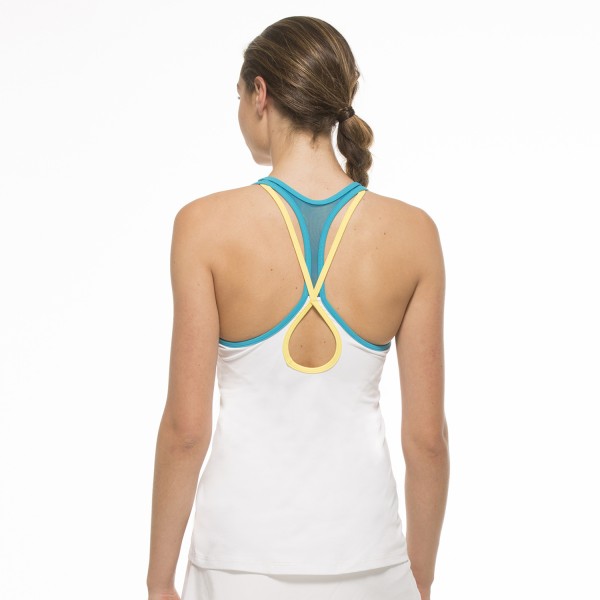 Overall, I have to say I prefer Splits59’s tennis collection over lulu’s, because S59 is more sleek while lulu’s is just a preppy explosion. 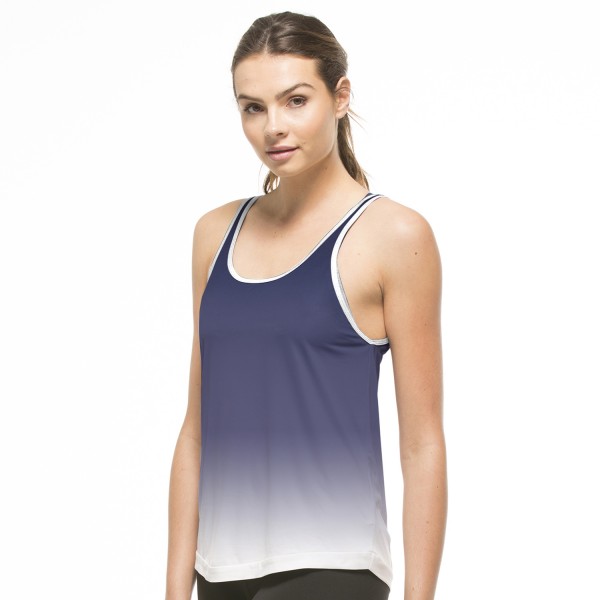 Side note: S59 also recently released a navy/white ombre collection (which they dubbed the “Cascade Collection”, which reminds me of the incredibly popular ombre live natural crops.  Shown here is my favorite piece from the collection, the Devon singlette tank.