My 2015 was a year of tremendous change.  Well, so was 2014, actually.  The past 2.5 years or so have been marked by many pretty major shifts in my life.  In spite of that, I still managed to accomplish a few things this year that I’m pleased with, although of course I totally failed some things too.  Here’s a recap of how I did on my goals:

Some of my successes this year

I got my first muscle-up!  This was a goal of mine that I was really happy to check off.  That said, I was expecting that getting my first one would be the hardest, and then I would start getting more and more fairly easily after that.  Not so!  Truth bomb: I haven’t gotten a single one since that one, and I certainly haven’t learned to string them together.  So, it’s still a work in process. 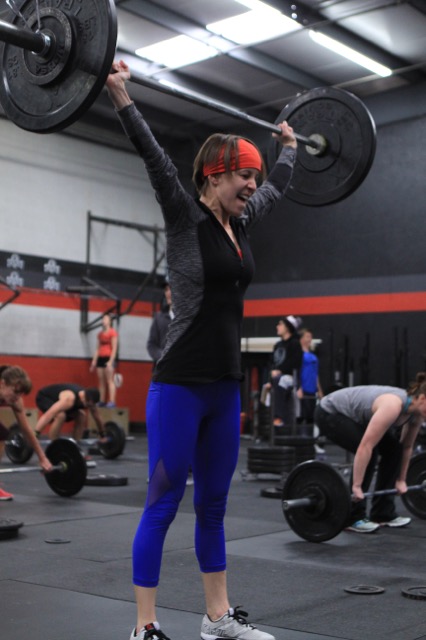 Also in fitness goals and accomplishments: I got my first bodyweight clean and jerk.  I snatched 73#.  I ran my fastest mile ever at 7:44.  I ran a 5k without stopping and, remarkably, actually felt pretty good afterwards.  I upped my max overhead squat to 90#, too. 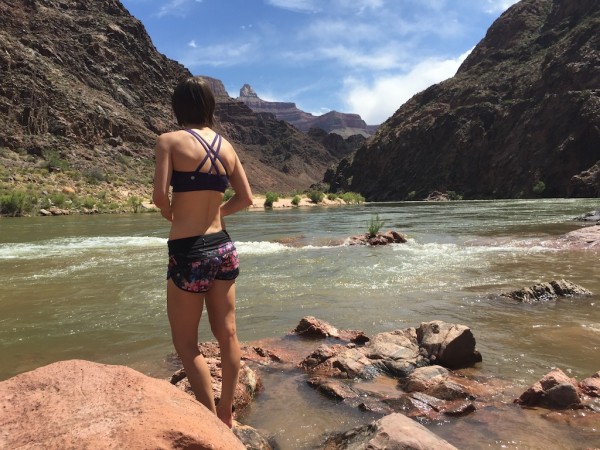 I checked off a big bucket list item when I hiked the Grand Canyon rim-to-river in a day.  My original goal was to hike rim-to-rim, but rim-to-river ended up being a better choice both logistically as well as physically.  I’d love to do another mega-hike in the Big Ditch this coming year. 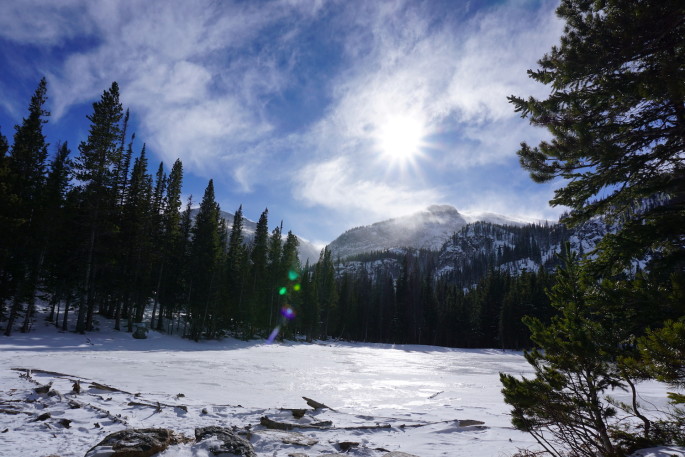 I visited other new places, too, both locally and further away.  I visited Las Vegas, Durango, and Denver (including the inimitable Rocky Mountain National Park) for the first time.  I had hoped to travel somewhere a little farther, but my vacation plans were sadly trumped by family obligations.  Next year, though.  For real.

On the blog front, I redesigned my site, started hiring a photographer to help with some of my posts, and bought a new camera to improve my own photos.  And of course, I also grew my little activewear “museum”, which I wrote about in more detail yesterday.

Goals that maybe didn’t go so well this year

For several years, I’ve always set goals on the number of books I want to read.  This year, my goal was 20.  I massively, MASSIVELY failed there.  My total was only 6!  I’m not so much sad about not meeting the goal itself as I am sad about the fact that I really like reading, and am bummed I didn’t do more.  With an increasingly busy schedule, it’s been hard to find the time.

My back squat PR hasn’t moved for a year.  Womp.  I also wanted to get a leaderboard score on the benchmark workout called “Cindy”, but that definitely didn’t happen either.  In fact in general, my fitness progress has been nearly at a standstill for the past 6ish months as I’ve been adapting to a new schedule (see below).

Other things that happened

Of course, I could set all the goals I wanted, but the reality is that I couldn’t really know what the year was going to bring.  Nobody can.  The biggest things that shaped this year really had almost nothing to do with my goals.

After a year and a half in a townhouse that made me basically hate everything, I finally moved out this fall.  In September, my boyfriend bought a house that we can make our own.  Now I’ve added house renovations and decorating to my long list of time-consuming, expensive hobbies–hah.  I finally kissed the old townhouse’s ugly tan walls goodbye after they’d served as my blog photo backdrop for so long.  The yellow walls that graced my new office were mercifully short-lived, and I’ve now been properly upgraded to white.  Hallelujah. 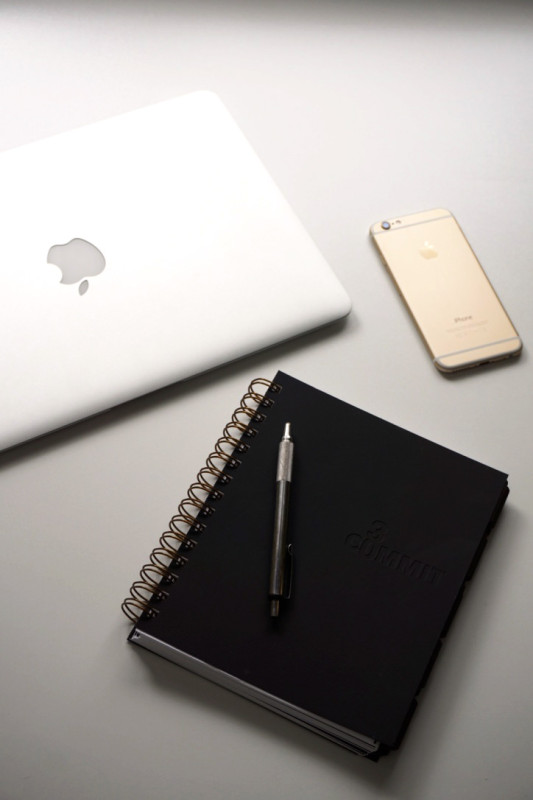 A little backstory for you…

Most of you probably don’t know this, but I actually started AA while I was unemployed.  I became the “trailing partner” when my boyfriend had gotten a job offer in northern AZ.  Two years ago, I packed up my life and drove 2,048 miles across the country for a fresh start and new adventure.  I started Agent Athletica in April 2014, 3 months after my move.  What that meant is that for over a year (the rest of 2014 and a lot of 2015), I worked at least 40 hours a week on this blog, sometimes a lot more.  When there were no traditional jobs for me where I could continue my career, I chose to create my own work in the form of this space.  It made me feel like there was something productive I could do with my time.  It was a way for me to harness my anxious energy, be intellectually engaged, and most importantly, actually see results from my efforts.

This blog was truly a lifeline for me during a disastrous time.  For one, it was (rewarding!) work I could totally lose myself in when I was frustrated and stressed beyond words.  I’m pretty sure I would’ve straight-up lost my mind without this outlet.  For two, after several months and hundreds of hours, it eventually became a small source of income that buffered the financial free fall of unemployment.  After a while, the hundreds of hours I put in meant I could put gas in my tank, pay for my “therapy” (aka the gym), and occasionally treat myself to some new activewear to review (after all, that’s how I earned the income in the first place).  Little did you all know, your support on this blog meant a whole lot more to me than just the happy feeling that someone paid attention to my writing and pictures.  It meant I could actually survive, both proverbially as well as more literally.  For that, I am forever grateful for all of you.

Despite how gratifying my blog work was and still is, I had been building a career as a scientist before my move, and I didn’t want to abandon that.  Not to mention, the practical need for a full-time income was an ever-looming concern.  So, after a full 18 months jobless (in the traditional sense, anyway), my patience and never-settle tenacity paid off, this summer I started a full-time job as a biochemist.  My story actually went backwards from most bloggers: starting full-time and then making the switch to part-time.  As an aside, long-time readers may have noticed a pretty significant uptick in my new purchases around that time–well, now you know why.  This shift is also why I slowed down on posting constant lululemon news back in May.  I knew a job was coming, and the high-volume, fast-paced litany of lulu news I was posting was simply incompatible with working a 9-to-5.

I’m happy that 2015 marked the end of such a stressful chapter and that I’ve now moved into a new chapter of putting the pieces back together and moving forward.  My hope for 2016 is that I can finally have space to settle into all these changes.  When there’s a lot of uncertainty in your life and the landscape is shifting all around you, the lack of a stable foundation can make it feel like you’re just putting out fires instead of actually thriving.  Rather than hoping for massive changes in 2016, I’m kind of going for the opposite.  I want to focus on pretty much doing what I have been doing, just making small improvements and feeling happier about where I am.

As always: thank you for being here, for being a part of my story, and for supporting my blogging adventures in 2015.  Have a happy New Year! 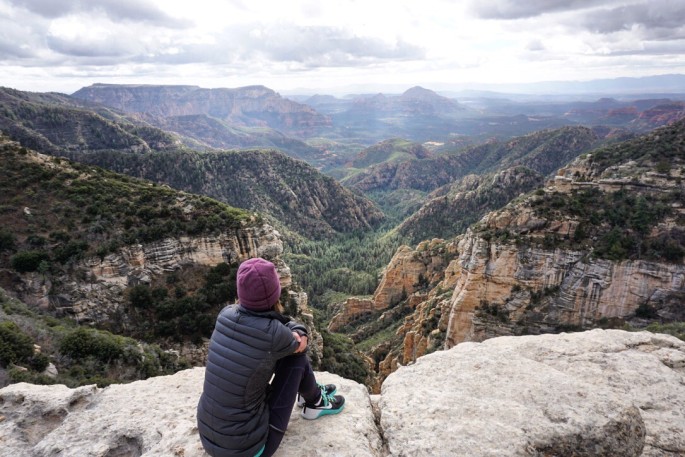