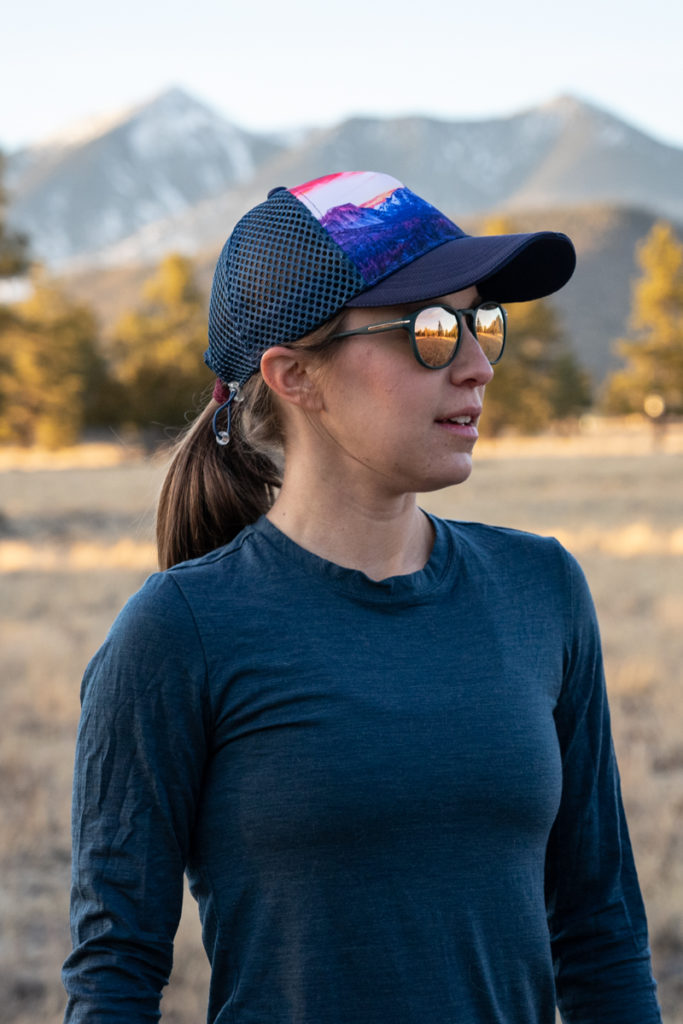 There aren’t many pieces in my wardrobe that are so rock solid that I wear them day in and day out for years at a time.  But today, I get to talk about one of them.  I own 5 Oiselle runner trucker hats and have worn them for almost every single run and hike for more than 2 years now.  Cumulatively, I’ve run and hiked thousands of miles in them.  It’s safe to say it’s true love. 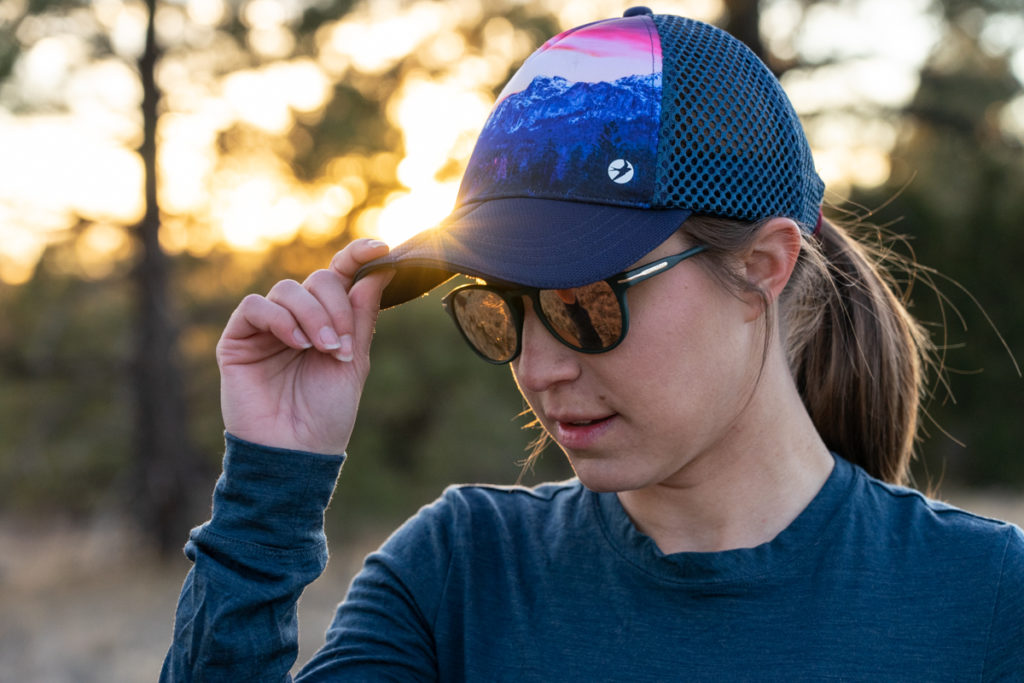 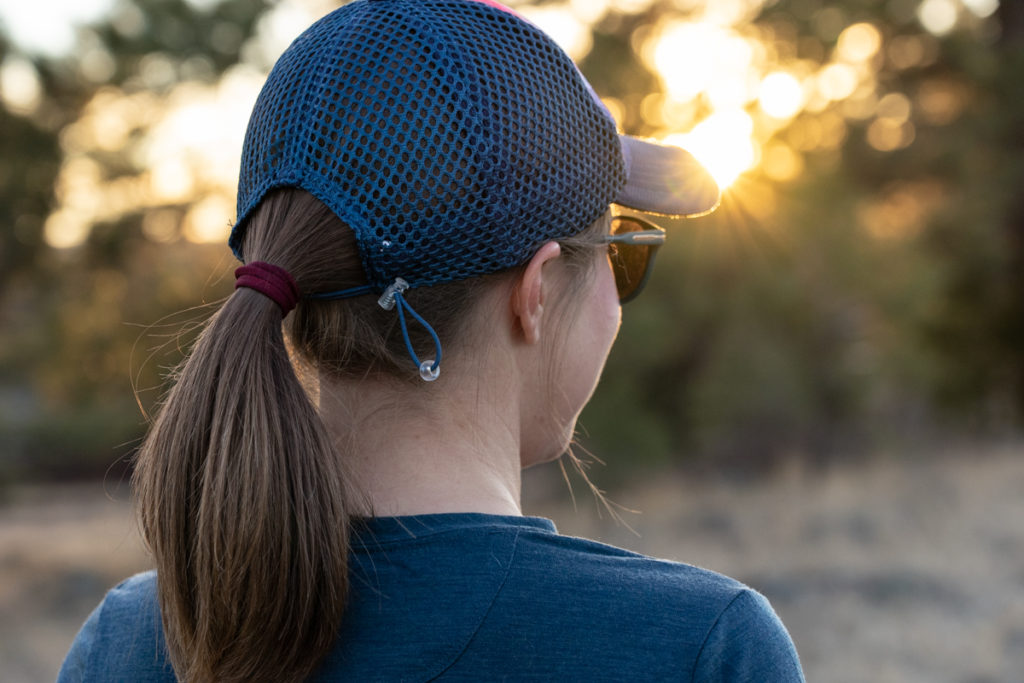 The first thing I love about this hat is the fit.  Most of the time, trucker hats look totally stupid on me.  They tend to form awkward shapes around my head and fit stiffly, never quite feeling snug.  Not so with this one!  The flexible mesh body forms to your head without the stiffness.  Besides the mesh being helpful for fit, it also keeps your head nicely cool.

Another key feature to get the fit right is an adjustable toggle on a stretch bungee cord that you can tighten down nicely.  Even on windy days, I can get it tight enough not to lose it while also not being uncomfortable.  It’s quick and easy enough to adjust that I’ve done so without even slowing down my stride mid-run.

The opening in the back is plenty large enough for a ponytail.  Since the bungee cord stretches, you can easily pull it around your pony and tuck everything in its place.

The hat is sold as one size fits most.  The mesh along with the toggle make it fit nicely even on my relatively small head.  Oiselle lists it as suitable for heads up to 23″.  Some reviews note that it doesn’t fit especially large noggins, so proceed with caution if that’s you. 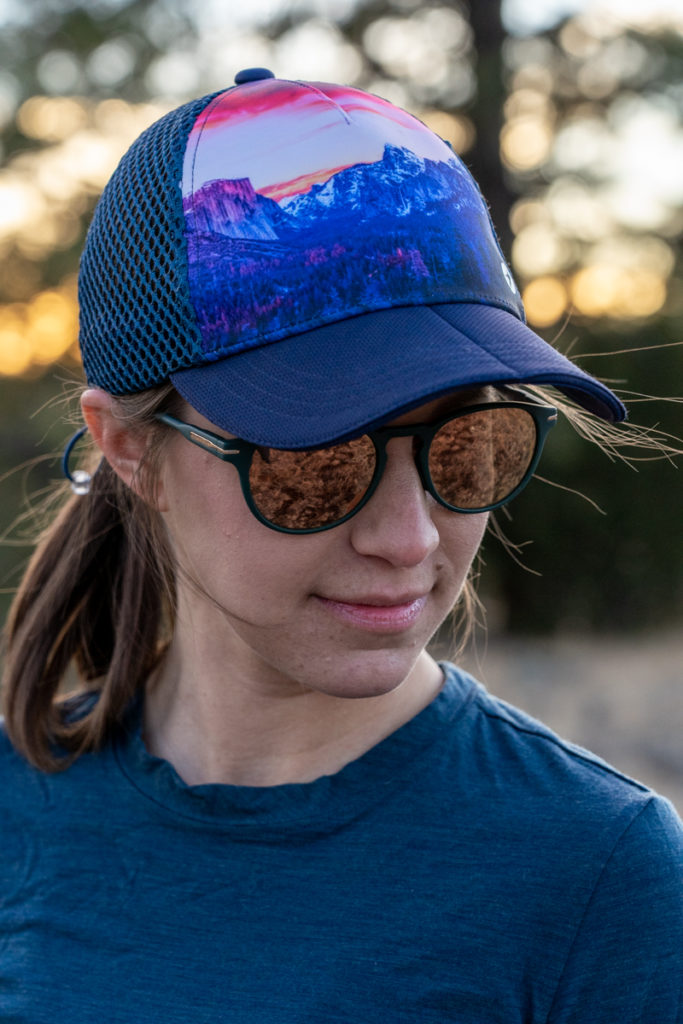 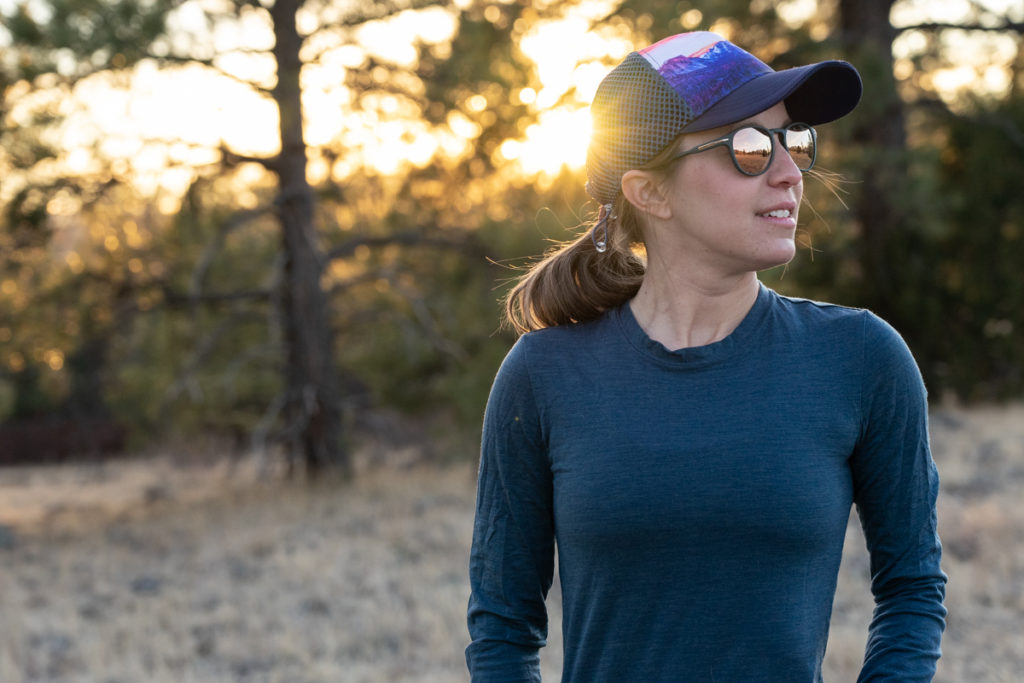 The second main thing I love about this hat is the style.  As a trail enthusiast living in a mountain town, I love the prints of natural scenes.  This one of Yosemite Valley’s iconic vista is one of my favorites.  If you’re not sold on the photo scenes, Oiselle offers abstract and simple designs on this hat as well.

The only negative experience I’ve had is when I ordered one with a white mesh body.  It arrived with a more noticeable crease at the edge of the hat near the band, which made the design look a little distorted.  You can see a photo here–notice how there’s an awkward lumpiness at the logo.  I’m not sure if I just got unlucky with that specific hat, or if the white mesh and print just drew attention to the slight irregularity.  In any case, I’ve avoided the white mesh options since then.  And anyway, I prefer how the darker colors look. 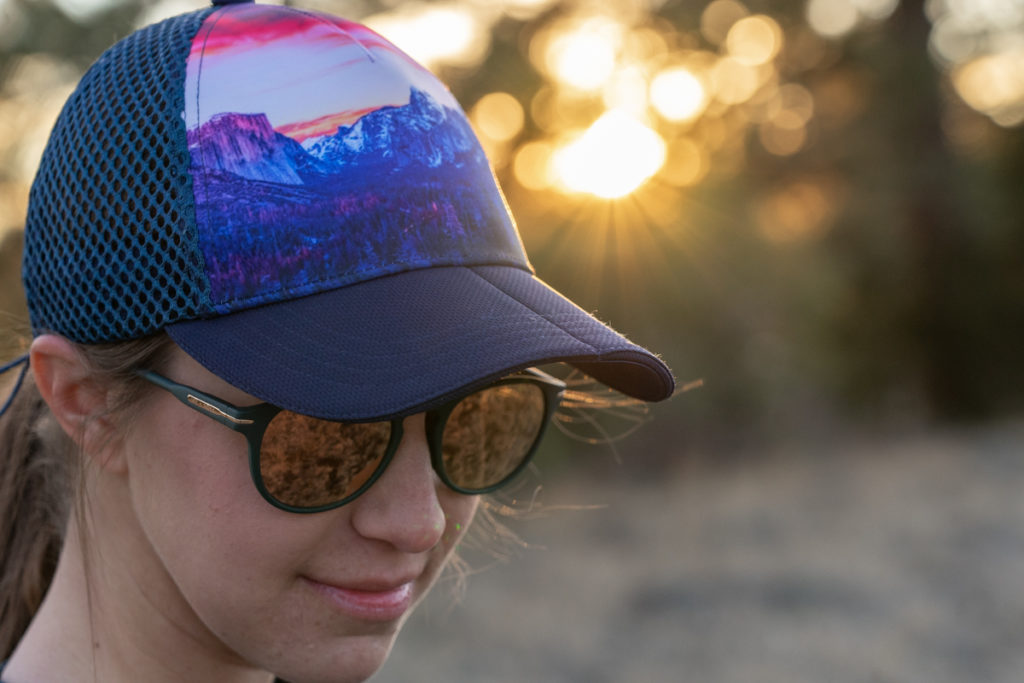 One more feature Oiselle snuck into this hat is packability.  It has a crease across the bill so you can fold it down for your suitcase, which is useful when you’re traveling for races or other outdoors expeditions.  For me, this feature is more of a side note rather than a big selling point.  The crease does break up the line of the bill just slightly, but it isn’t very noticeable in my opinion. 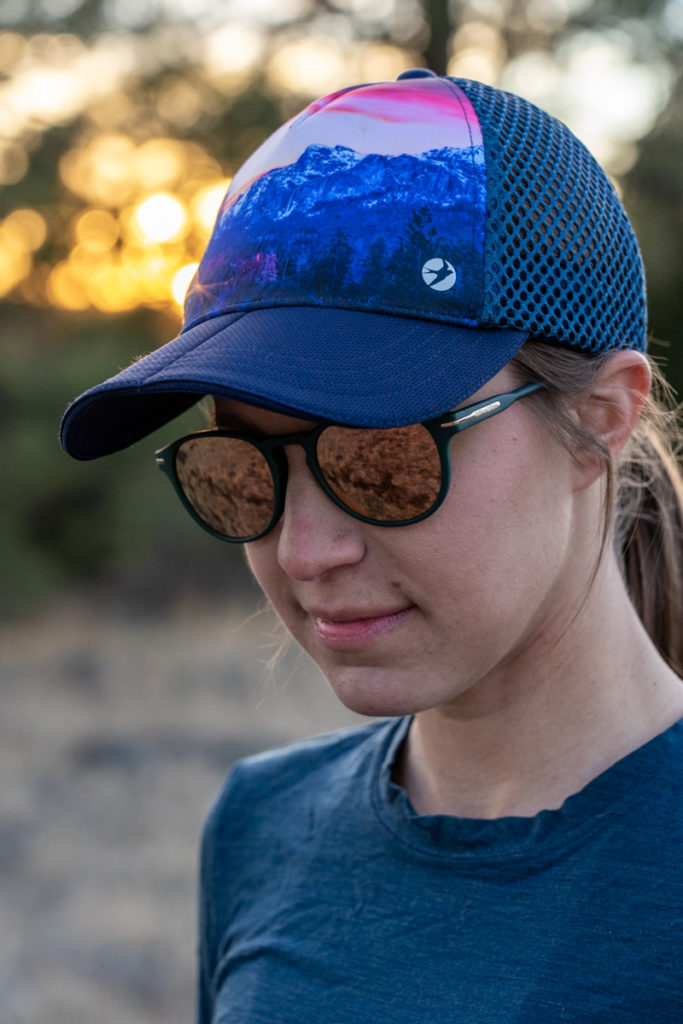 Overall, it’s probably pretty obvious that this hat comes with a very strong recommendation from me!  If you’re a runner, hiker, or just somebody who likes cool outdoorsy hats, add this one to your lineup.

The Oiselle runner trucker is currently available in quite a few print and color combinations.  New prints are generally released every couple of months, so check back to find one you like and collect more.