This week, Beyonce announced Ivy Park, a new collection of activewear and athleisure coming to stores on April 14th.  There are a whopping 200 pieces in the collection, which ranges from $30-$200.  The branding behind the collection looks true to Beyonce form, and is definitely a different vibe than just about anything out there.  Vogue also mentions the leggings will have “inner contour shorts”, which sounds like something new and potentially innovative.

Although a few other celebrities have gotten into the activewear scene, Beyonce is arguably the biggest star so far to attach her name to workout clothes.  I’m glad we only have to wait 2 weeks to see what she (well ok, her team) dreamed up for this collection.

Regardless of your feelings on Beyonce, there’s no question that any collection with her name on it is going to be a big deal in the activewear scene.  She has an extremely dedicated fanbase, not to mention incredible name recognition, which will propel her line into closets everywhere the instant it drops.  The Ivy Park website has some video previews of the gear if you want to sneak a peek.

Somehow, lululemon managed to find themselves in the middle of all this.  They tweeted a response to a question that sounded an awful lot like a playful(?) accusation of Beyonce ripping off lulu.  Although I can’t imagine they were actually accusing her of copying them (especially given that the aesthetic is clearly nothing like lululemon), there is some definite hubris behind making a joke like that.  Besides that, it’s just in poor taste.

Interestingly, although lululemon did remove the tweet and started frantically backpedaling faster than you can say “foot in mouth”, they never actually apologized for what they (accidentally?) insinuated.  All of the tweets were basically “no harm meant” or “we heard your feedback” (aside: every time I hear lulu say that, a pair of wunder unders catches on fire).  To me, that’s not the same as apologizing to Beyonce’s fans, and it makes me wonder whether they are actually sorry, or if it’s just a matter of semantics.  Gracefully handling PR missteps has never exactly been lulu’s strong suit.

Unfortunately for lulu, Beyonce’s fans are both organized and extremely passionate.  Since the tweet dropped Thursday, lululemon Instagram’s feed has been utterly flooded with bumble bee emojis, which is kind of funny, albeit a bit silly and pointless.  Anyway, hopefully lulu learned their lesson not to poke the Beyhive. 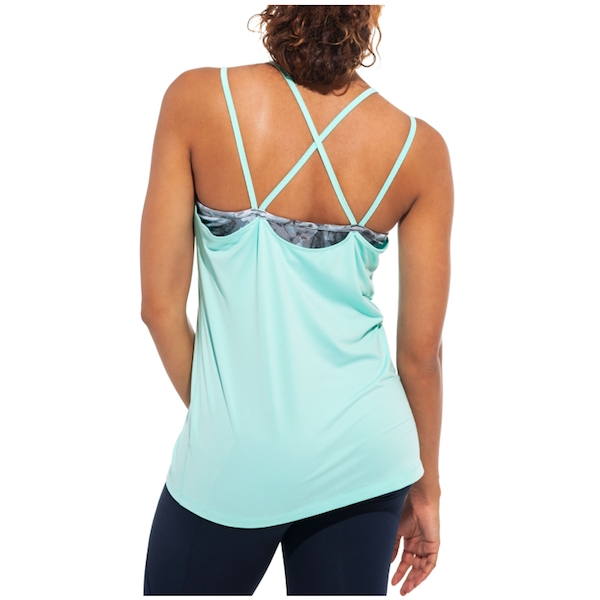 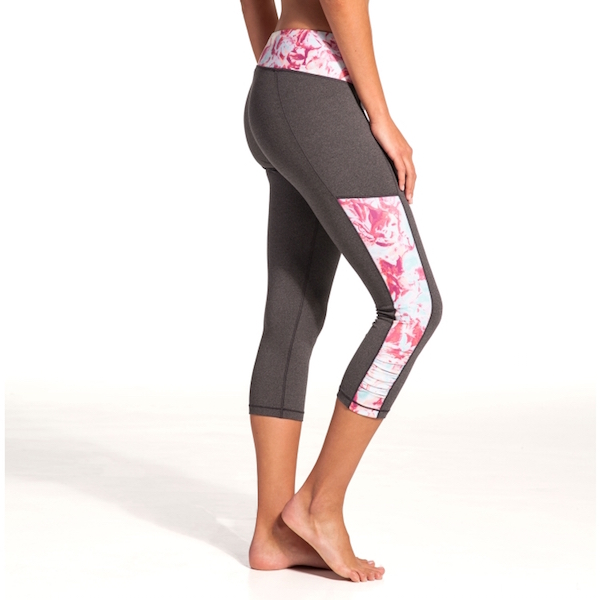 Speaking of celebrity endorsements, this week I noticed that Calia by Carrie Underwood recently released some new colors, prints, and styles for spring.  The new season also includes the line’s first foray into swimwear.  The spring newbies are really cute, and I’ve been really impressed with the quality of Calia considering the more moderate prices. 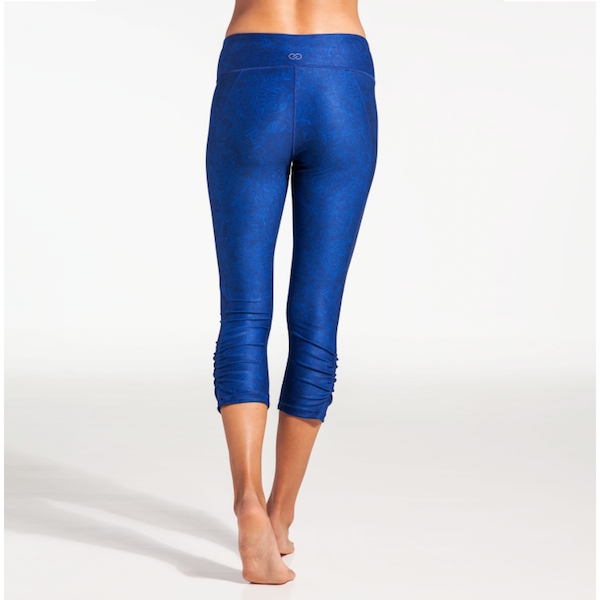 Another particularly noteworthy change: the line also now includes extended sizes.  Some of the styles are now available from XS up to 2X.  In addition to offering a broader size range, some of the full length styles in the collection are now offered in 3 lengths: short, regular, and long.  Kudos to the Calia team for stepping up their sizing game. 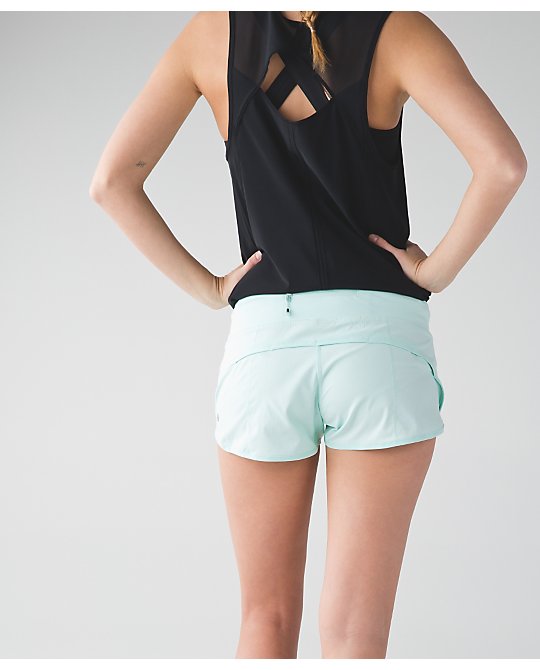 Now talking about some actual lululemon news: it looks like two way speed shorts are back.  Kind of.  These new sea mist speeds (along with a white pair) are listed on the website as “Speed Short *2-way Stretch”.  As some back story, lululemon phased out 2-way in favor of exclusively producing 4-way last year, much to the chagrin of 2-way lovers like me.  Even before that, about two years ago, lululemon’s quality control loosened on speed shorts, and speeds started to fit oddly.  The fit problems that plagued speeds disproportionately impacted 2-way, so I think lululemon’s fix for the fit issues was simply to sell 4-way only, since that fabric better concealed a bad fit.

Back to the new speeds in question.  If you look closely at the product photos, you can see very faint vertical lines in the fabric.  That indicates the fabric is made of swift, the same material that lululemon’s dance studio pants are made of.  This material is less stretchy than the 4-way fabric, but still not quite as crisp or firm as lulu’s traditional 2-way fabric.  Only a handful of speeds have come out in this material over the years.  Speeds diehards sometimes call it “3-way” because it occupies the middle ground between true 2- and 4-way.  In other words, so far there haven’t been any new releases in the old school 2-way fabric, but the swift fabric and the product page for 2-way speeds is a good omen.  I, for one, will be keeping my fingers crossed! 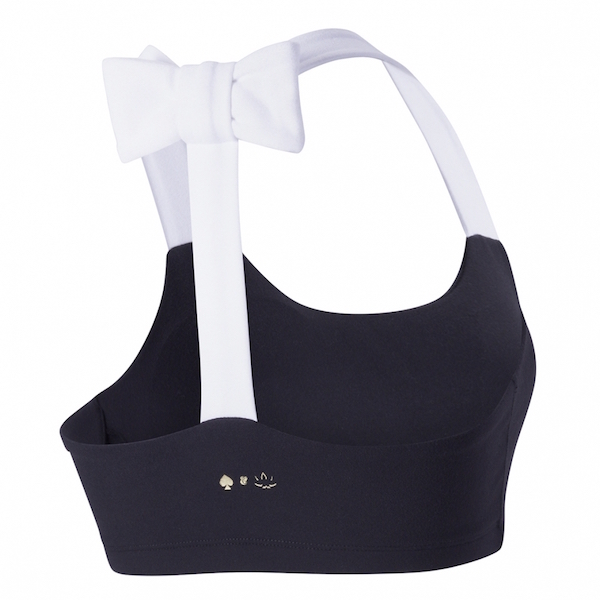 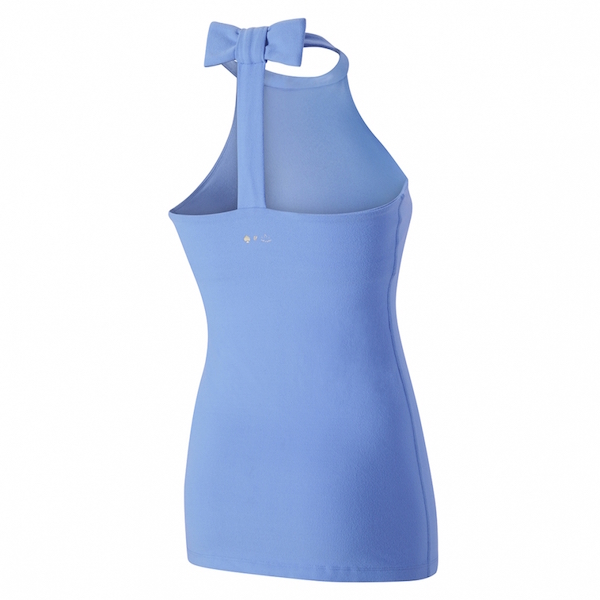 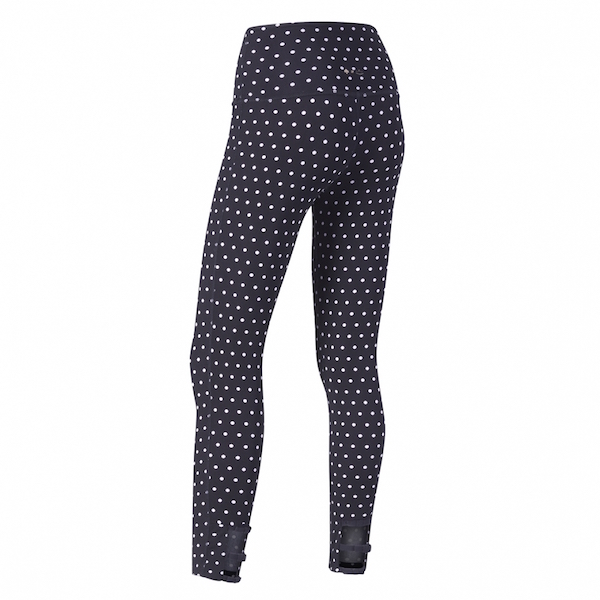 This week, Beyond Yoga and Kate Spade released another installment of their activewear collaboration for Spring/Summer ’16.  Like last season, there’s 8 styles in black, one neutral pattern, and one accent color.  It’s also similar to last season in that they incorporated bow motifs on almost every style.  The new polka dot pattern is pretty adorable, and the t-back bra is incredibly cute too.  See the whole collection here. 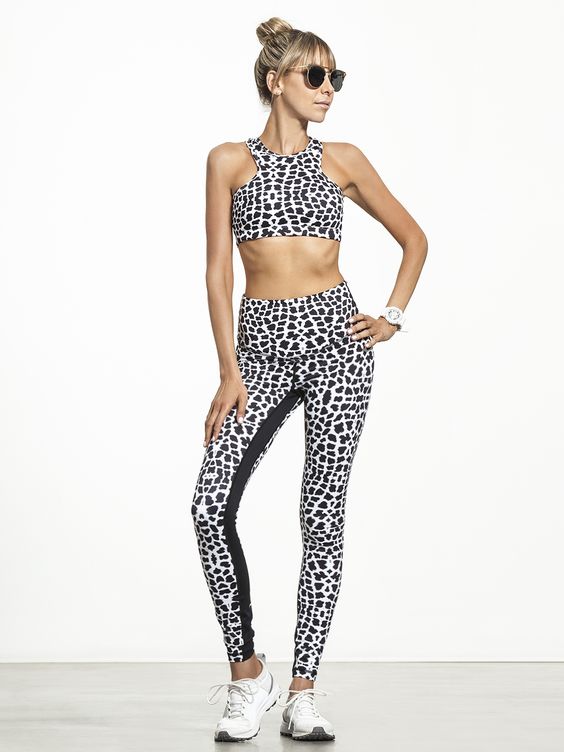 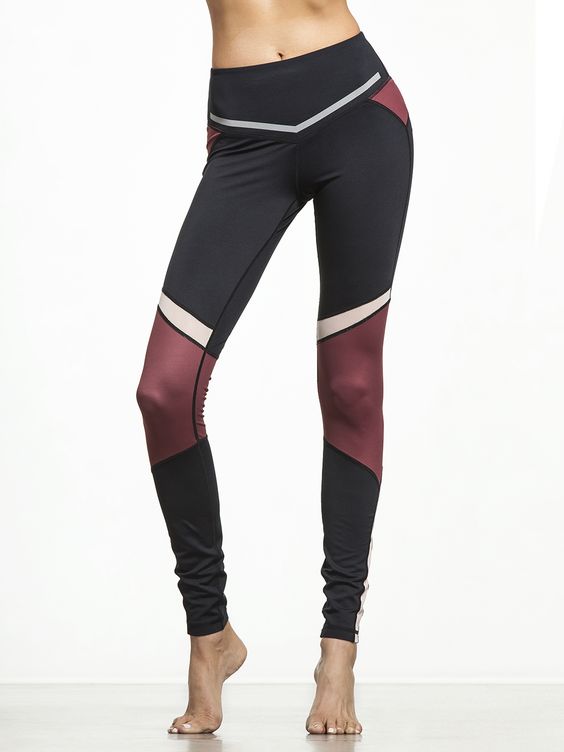 I’m really intrigued by the new L’Urv collection on Carbon38.  The atomic kitten leggings are calling my name, and the supernova leggings are pretty neat too.  The latter remind me a little bit of Lucas Hugh and Michi.  Has anyone tried L’Urv? 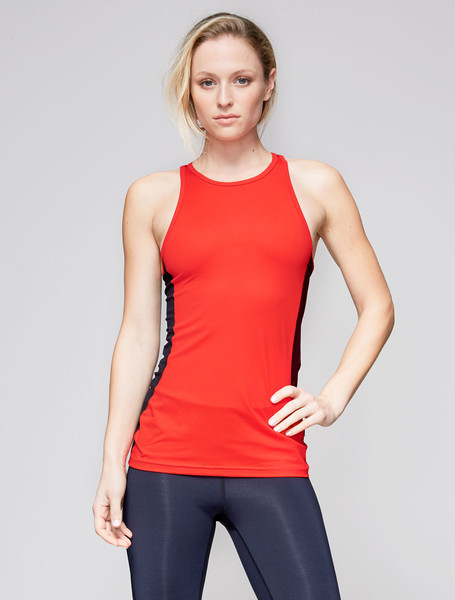 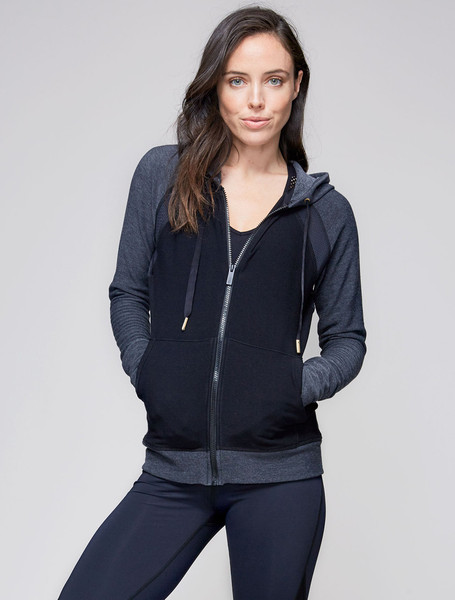 Alala officially released their next capsule this week: fiery red.  Some of these styles were already available on Carbon38 last week, but there are a few more styles from Alala’s main site.  Although it’s not red, the everyday hoodie might be nice.  I’ve had trouble finding a nice comfy, casual zip-up lately.  See all of what’s new here. (P.S. Use code AA15 for 15% off!) I’m still impatiently waiting for these beautiful black and white captain crops–the site says they were supposed to drop in March, but it looks like those plans have changed. 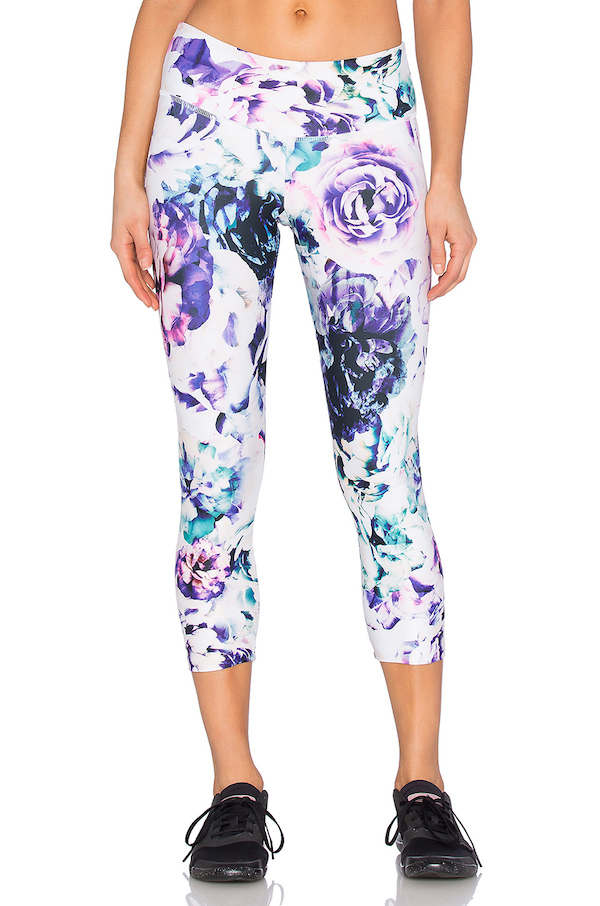 If you’re loving spring florals, I found these Strut This teagan capris in bay blossom on Revolve.  How cute are they?!  And, they’re only $68 to boot.  The question is: would the mostly white pattern pass the squat test?  Revolve’s shipping and returns are both free and incredibly fast, so it’s tempting to try… Note that Revolve is the only place that carries Strut This in multiple sizes–every other retailer (including the Strut This main site) only offers “one size fits most”.

Speaking of Strut This, there was a lot of talk on a post a couple weeks ago about their grayson leggings.  At the time, they disappeared off the site for some reason, but for those interested, they are now fully restocked in sizes XS-L!  Kudos to reader Sara for spotting them! 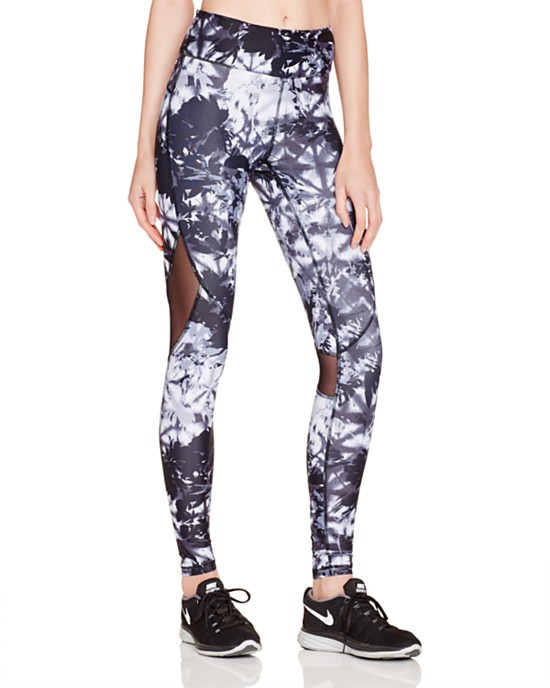 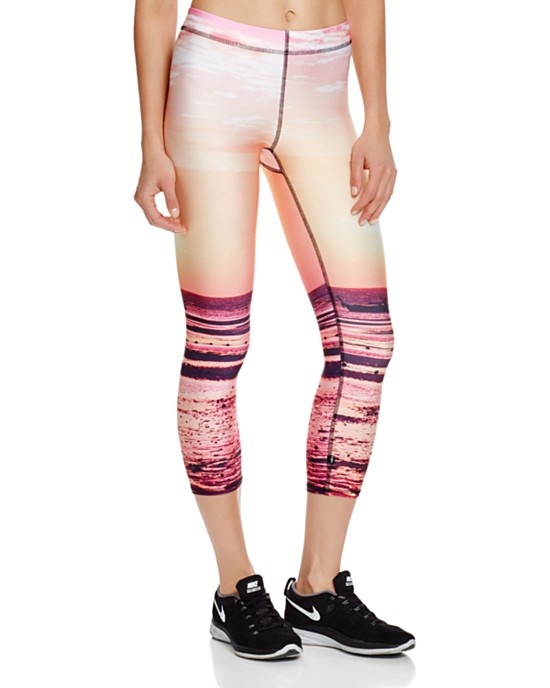 Lastly, sale alert: Bloomingdale’s friends and family event is in full swing as of today.  You can get 25% off almost everything with code FRIENDS.  Among others, the sale includes Mara Hoffman activewear, Zara Terez (now just called Terez), and the new Alala collection (including styles not yet released elsewhere!).  Shown: Alala palm print captain tights and Terez neon sunset capris.  Thanks to reader Carrie for the heads up!