Boxing Day markdowns are up.  Overall, not as dramatic or crazy as it could’ve been (less than 80 items in total in the WMTM section, up from ~20 before Boxing Day), but there are a few deals on good stuff there.

These are my screenshots from the US side. 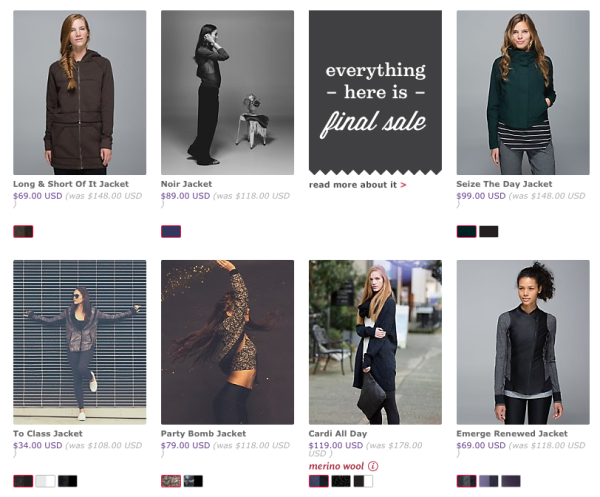 The recently released emerge renewed jacket is significantly marked down at only $69.  The cardi all day is another notable markdown at $119.  Not a humongous markdown, but may help sway you if you were on the fence at the pricey original price.

Also, holy crap, the to class jacket has taken a huge price slash (which I guess makes sense given that it came out ages ago). 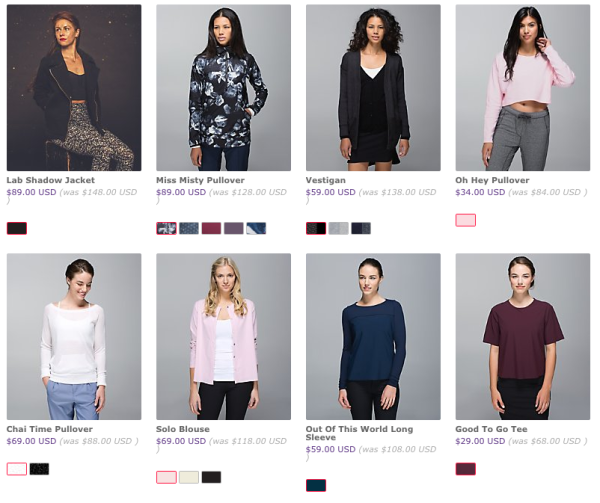 The miss misty pullover has lots of colors available for $89.  The lab shadow jacket is also nicely marked down. 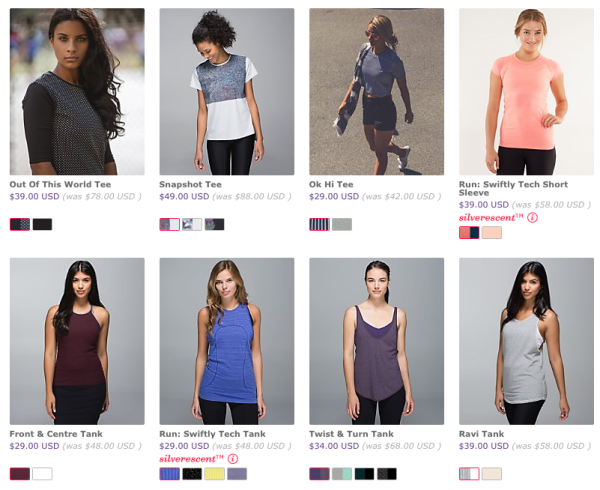 High-necked swiftly tech tanks are down to $29.  The pigment and purple fog are nice colors. 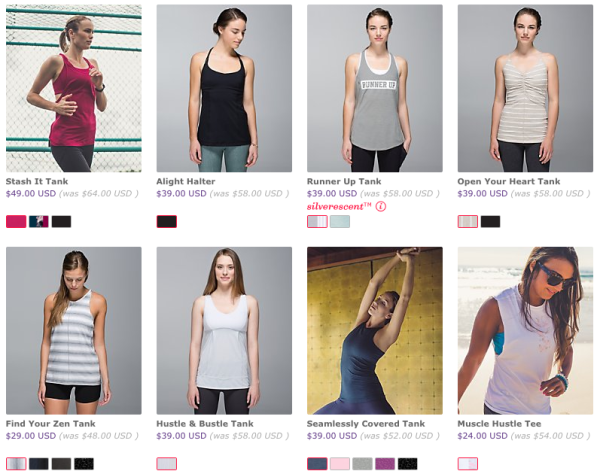 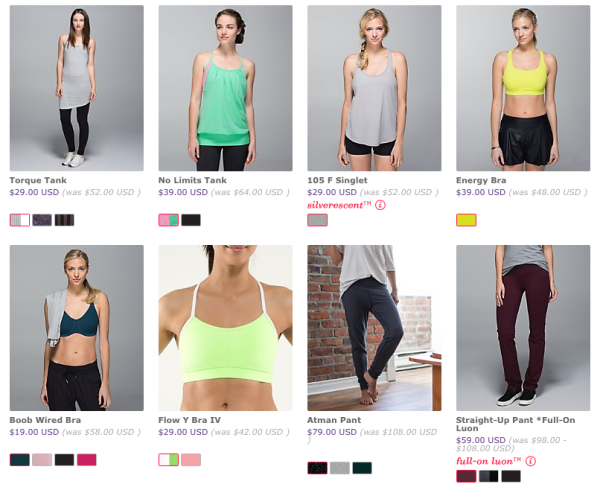 The boob wired bra is one of the biggest markdowns at $19.

Also apparently someone dug up some really old flow y’s out of the warehouse.  Zippy green is like a year and a half old. 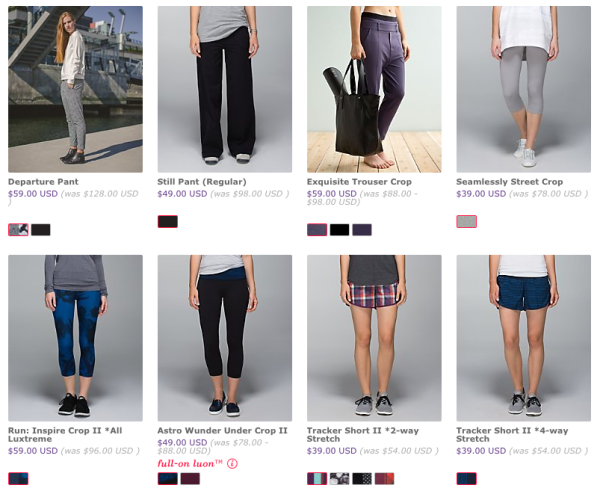 Jumbo inky floral inspires for $59.  I still really like this print.  Quite a few nice 2-way trackers, too. 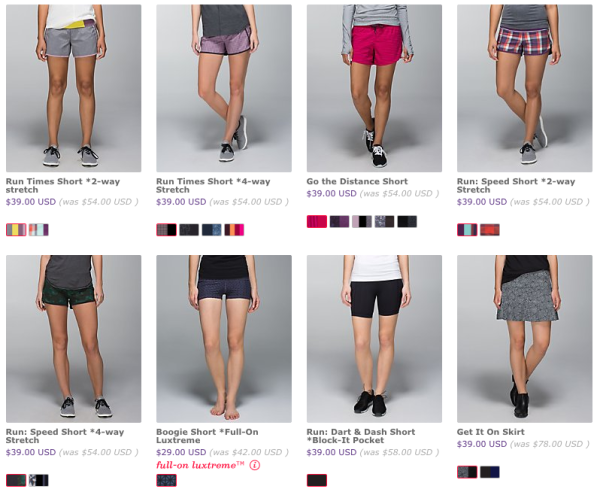 Wee wheezy berry yum and lumberjack speeds for $39.  I returned berry at full price but part of me still wants them.  In the land of 4-way, there’s just size 10 in fuel green camo, but all sizes of stained glass love neutral blush. 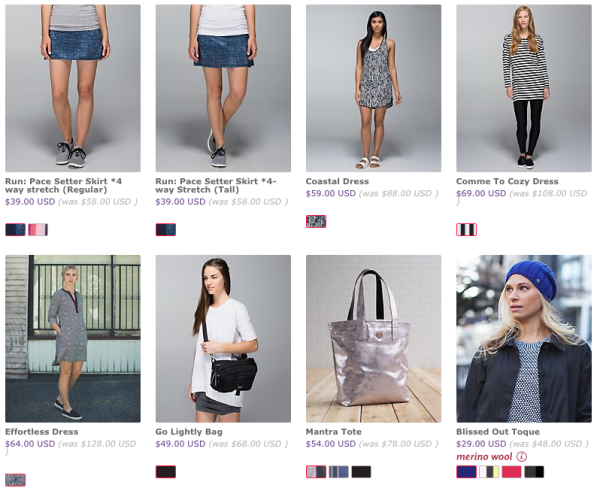 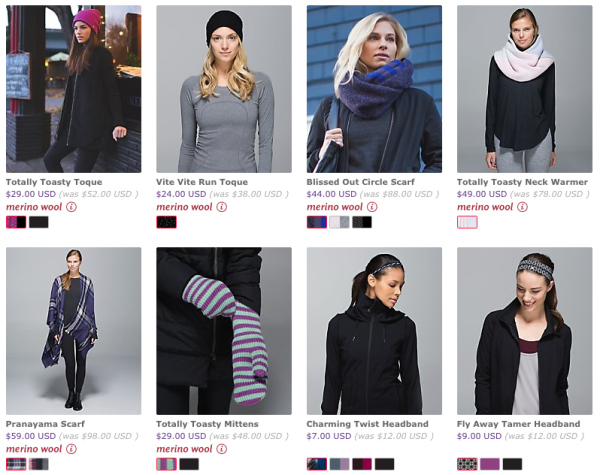 Pranayama scarves in the plaid colorways for $59.  Nice savings there.  I would like the deepest cranberry except that it wouldn’t really match anything I have. 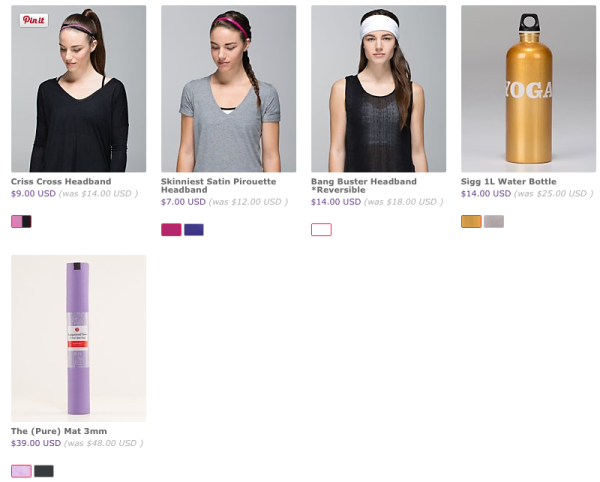 As for Canada, they got some better markdowns that the US missed didn’t, such as:

– A couple colors of the flaming tomato diamond jacquard WUC for $59.

– A couple speed tight patterns for $79.