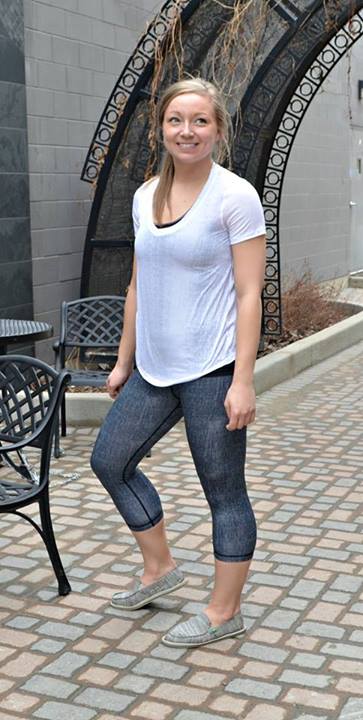 Turns out the new burlap textured wunder under crops are luxtreme.  This is great news for me because I love the luxtreme wunder unders I already have.  That said, a lot of people have been poo-pooing on them, saying the fabric looks/feels strange and that they are unflattering (make people’s legs look bigger).  Kind of sad to hear but I’m not sure if that will stop me from trying them out. [Lululemon Saskatoon] 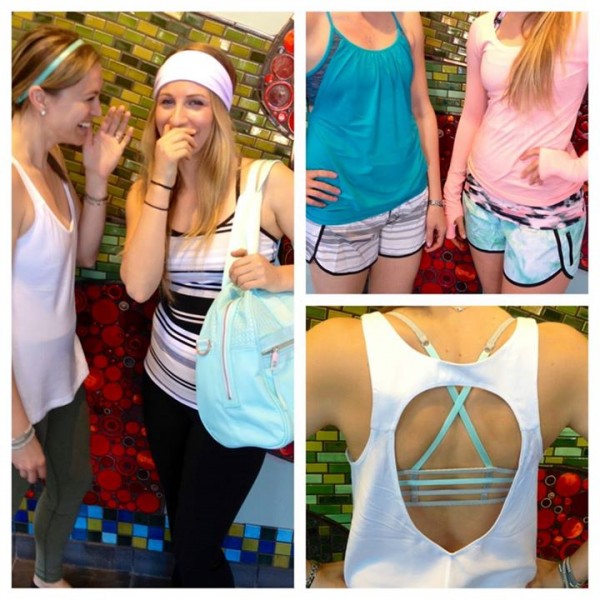 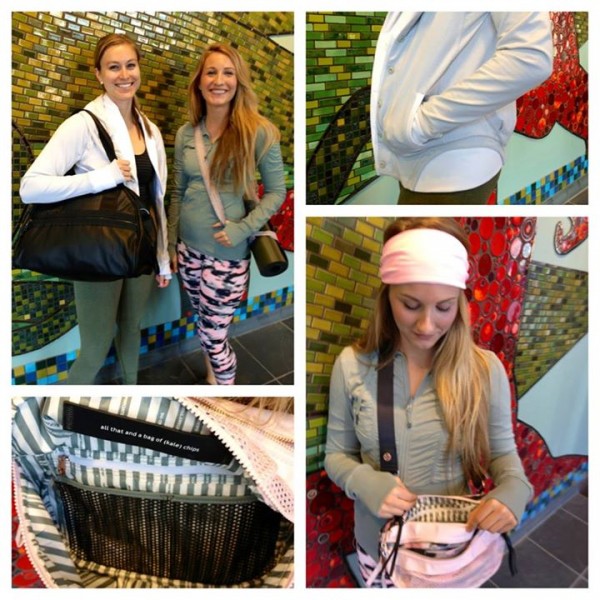 Light gray to class jacket, earl grey dance studio jacket, wamo camo wunder under crops (some stores are just getting these), and wamo camo go lightly bag.  That also looks like a black version of the flow to om bag.  Note the new barely pink bang buster as well.

(Update: confirmed that they are fatigue after all.  Earl grey could be cute, though.) [Lululemon Grand Ave] 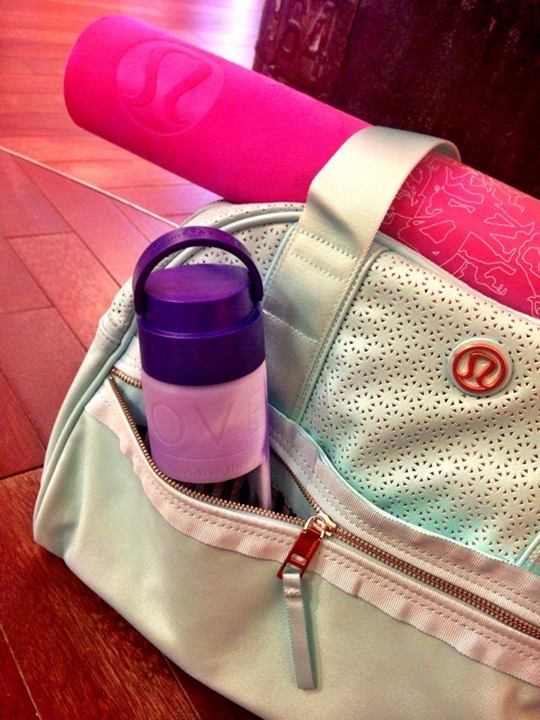 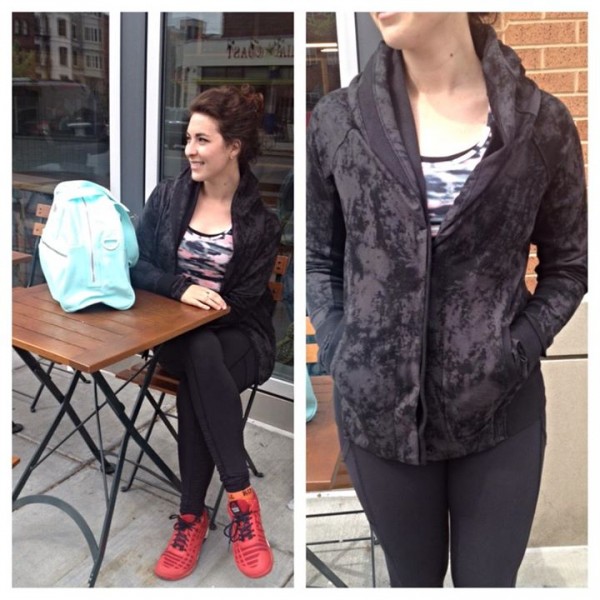 Black sea bed to class jacket, plus the flow to om bag again and a hint of the wamo camo cool racerback. [Lululemon Logan Circle] 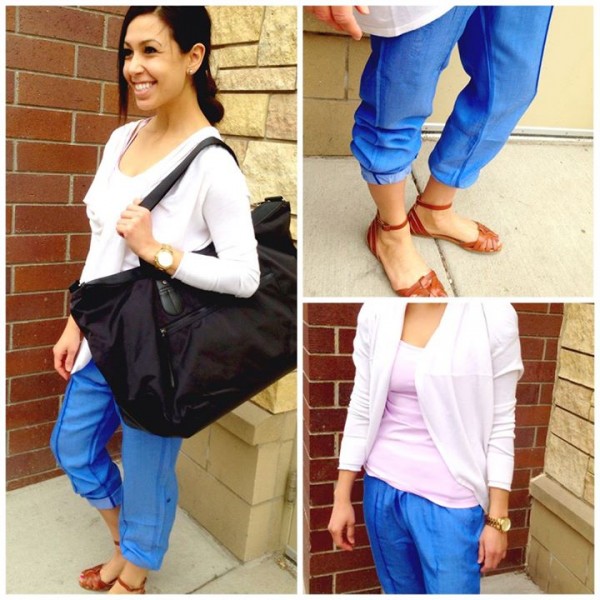 Mat to street pants and the sand to savasana duffel. [Lululemon The Shops at West End]