As we were promised last week, Britt’s picks got a makeover this week and the pic quality is much better for seeing detail.  Britt mentions in the text that the herringbone define jacket will be hitting Canada, which confirms my suspicions that herringbone was on its way in the define.  She also says it’s a big week coming up with lots of secret stuff she couldn’t include here!

I almost forgot: there will be 2 uploads online this week!    Update: so, I thought the wording was kind of ambiguous in the Britt’s picks post and also I confess I was in a huge rush, but the general consensus seems to be that upload will be Tuesday and Thursday.

Looks like the rugby stripe swiftly LS will be coming in boom juice, and the bumble berry swiftly 1/2 zip will finally be making it to North America.  She says Canada will see 3 colors of the 1/2 zip. 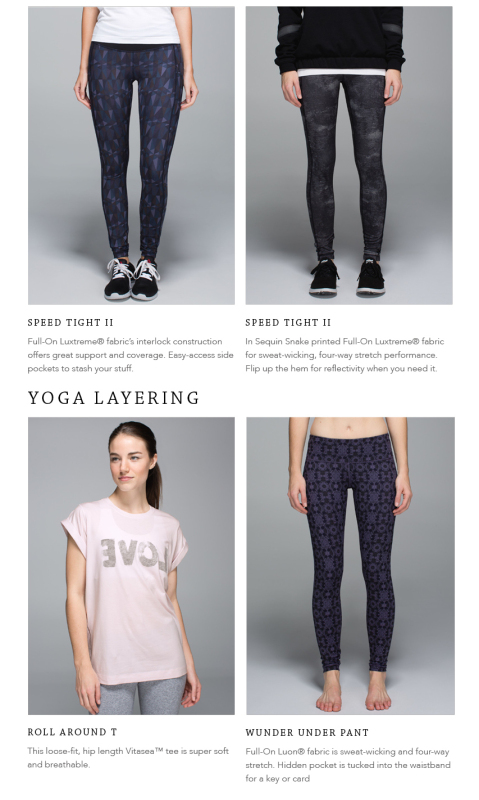 We’ve already seen the sequin snake speed tights, but stained glass love nightfall speed tights are on their way too.

New roll around tee has love printed on it (mirrored…), looks like something you could buy just about anywhere.

A couple people have pointed out that the new mini prisma print looks like it says “ho ho ho”, so I declare these the HO PANTS. 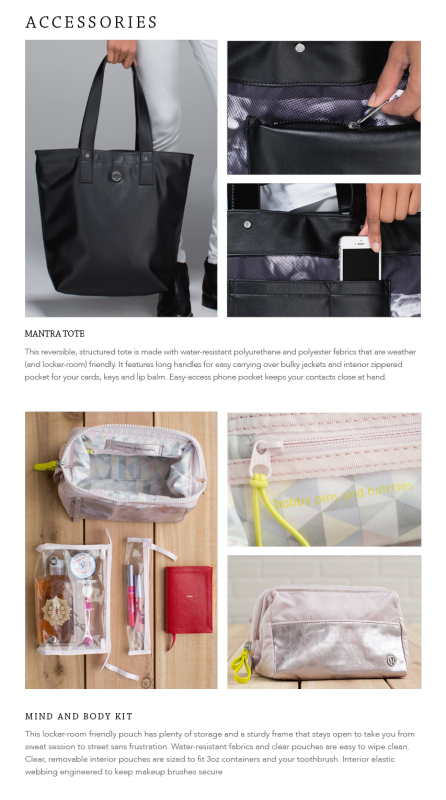 Finally, some accessories.  The mantra tote we’ve already seen, but the mind and body kit (also featured during last year’s holiday season) will be coming back, shown here in neutral blush/metallic with stained glass love lining.