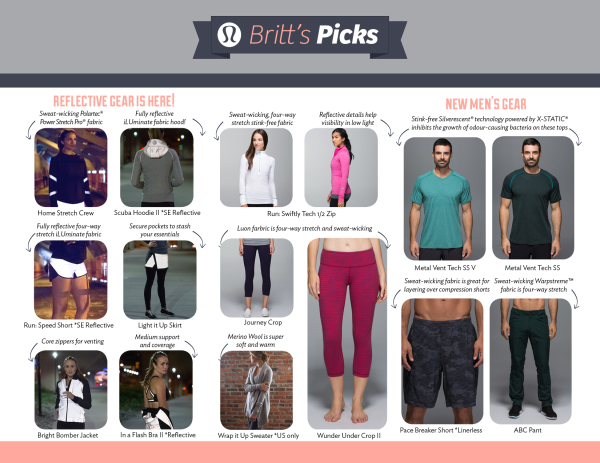 – The reflective gear we’ve seen bits and pieces of on foreign sites will finally make it to North America.  I think it was like 3 weeks ago that the reflective speeds were in Asia Pacific?  Anyway, I have no need for the reflective stuff and I expect it will be mad expensive to boot, but it’s clearly practical for lots of other people.

– The swiftly 1/2 zip will be coming to North America.  This is another thing that’s been overseas–Europe has had this for a couple of weeks now.

– Mentioned in the text, Canada will get the out of this world items in stores next week.

– Finally, the flaming tomato diamond jacquard space dye wunder under crops will be out in full(er) force.

– Wrap it up sweaters will be uploaded to the US side.

– And finally, more journey crops, although some of those have arrived already.

Also, unrelated to Britt’s picks, someone pointed out that the go the distance shorts are out in black grape camo manifesto script: 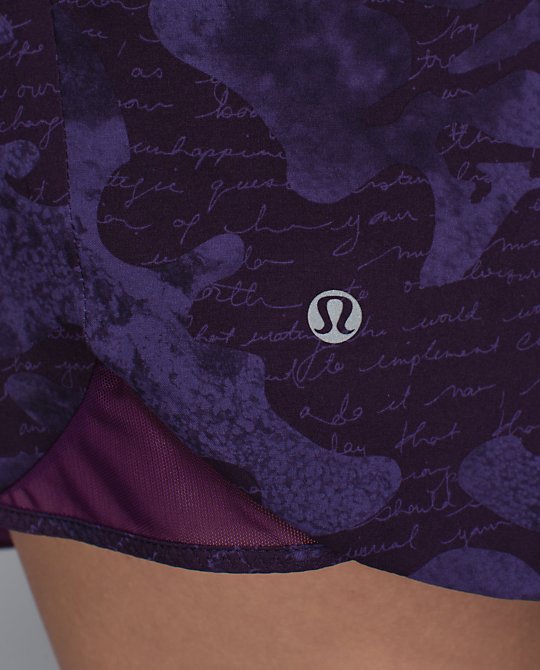 Hmmm, what else will we see this colorway on?  Again, I wish there was just the textured camo and not the script, but it’s still pretty!