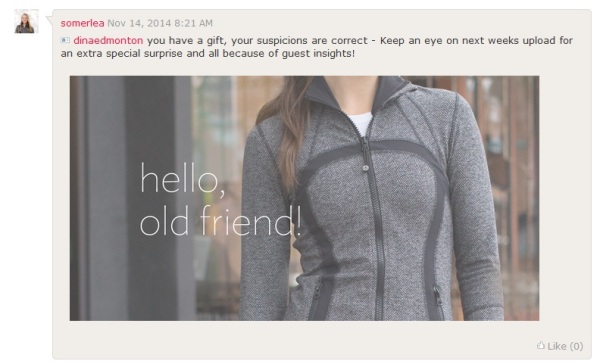 Some rumors had been circulating that define jackets are making a comeback.  Many people still prefer defines over formes, so define-lovers will be pleased to know that the rumors were confirmed true this morning by the mother ship.  Here is the heylululemon thread.  I believe the herringbone pictured is new.  In the larger version of the pic it looks like the recent giant herringbone print.

(P.S. Still no Britt’s picks this morning, but maybe when it goes up we’ll get more info about colors?)