Upload hit Europe early this week!  Usually it doesn’t go up until Tuesday afternoon, so it’s more than 24 hours early, which is odd.  I’ll take it, though!  Lots of new stuff to see. (Note: no upload on Asia Pacific yet.)

Thanks to a reader who pointed out that this upload is up! 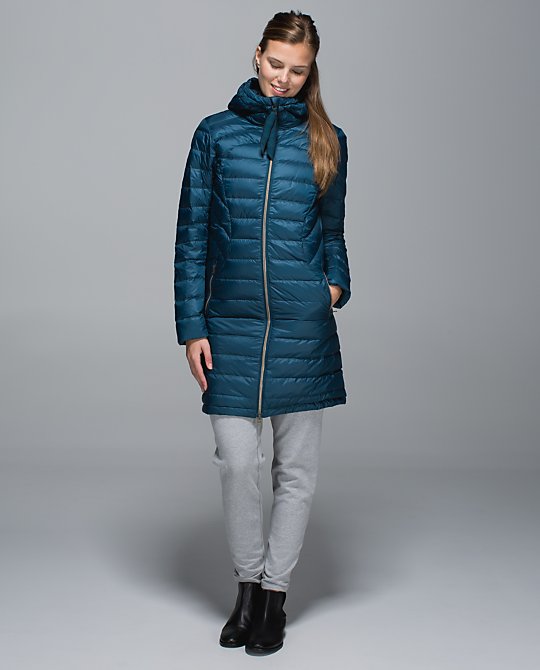 The new 1x a lady coat comes in alberta lake (shown), ghost, and black.  It’s the same price as the fluffed up jacket, so one can probably assume this will be $198 in North America–not bad. 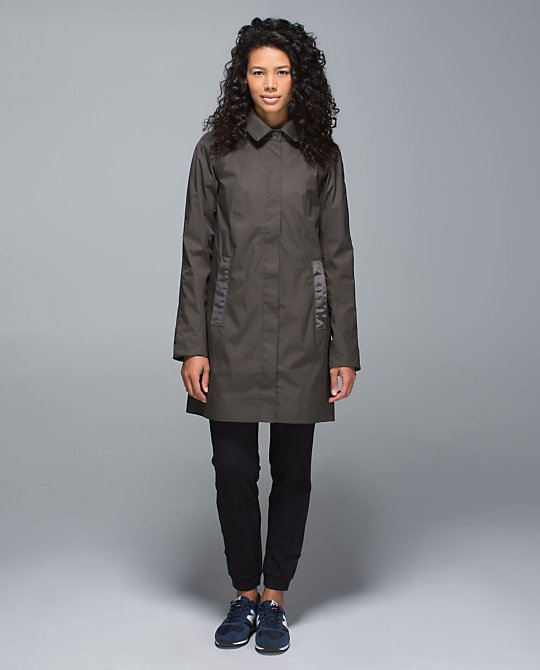 New rain on jacket made of two-layer twill and glyde.  Color shown is wren, but it also comes in cashew/ghost.  This is also the same price as the 1x a lady and fluffed up jacket. 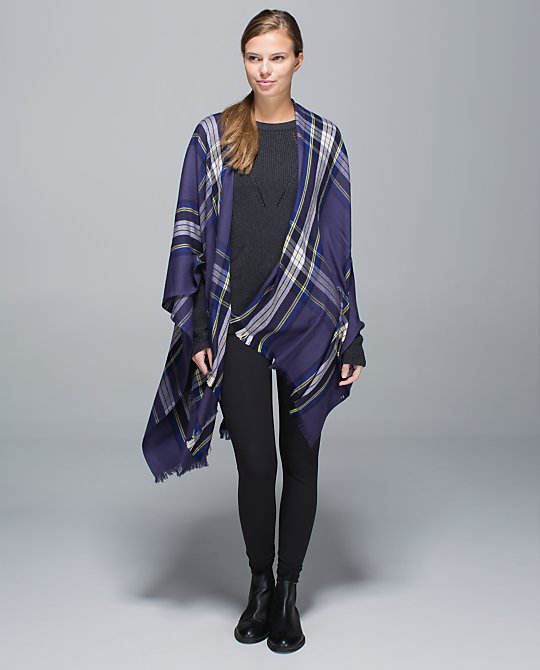 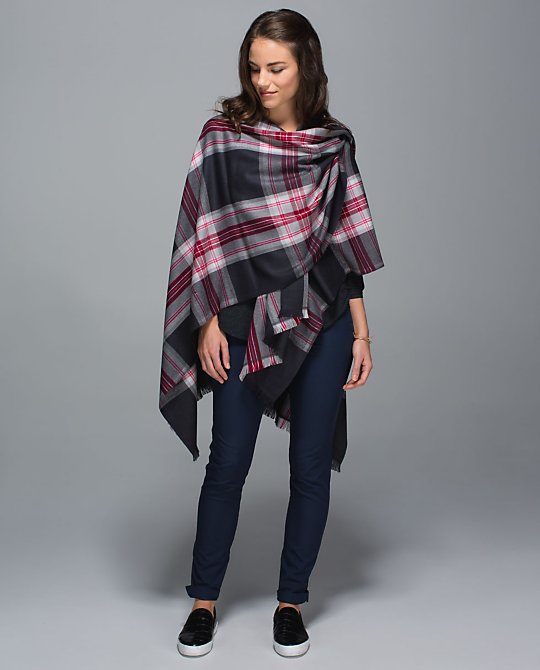 Pranayama scarves in nightfall/black grape/pigment blue and deep coal/ambient grey/nimbus.  The red on the second one is not listed, but I’m guessing deepest cranberry?  No chevron yet.  It’s the same price as items that are $98 in North America, so expect to pay something around there. 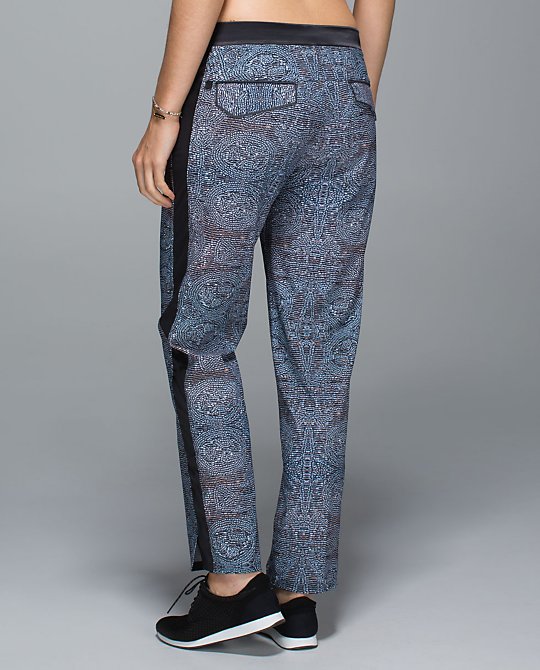 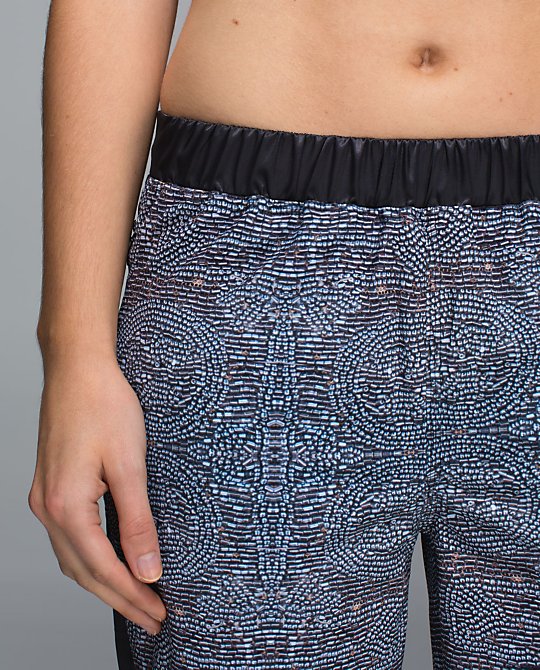 Ok, these might be the fugliest pants lulu has made in a while, BUT look at the new print!  These are the rise and shine trousers and the print is called bead envy silver spoon multi.  This is definitely one of the prints from Instagram, so it looks like this print will be on one side of wunder unders? (Or the IG pic may be of some other non-WU legging?) 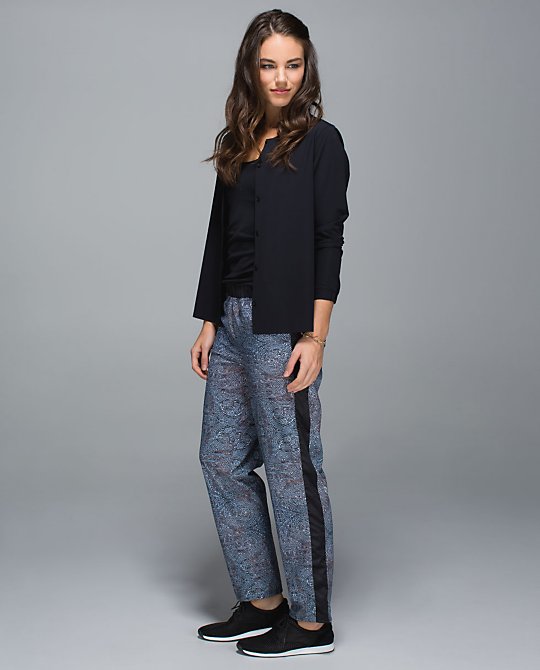 If you want to complete the grandpa look, this looks like a new cardigan coming. 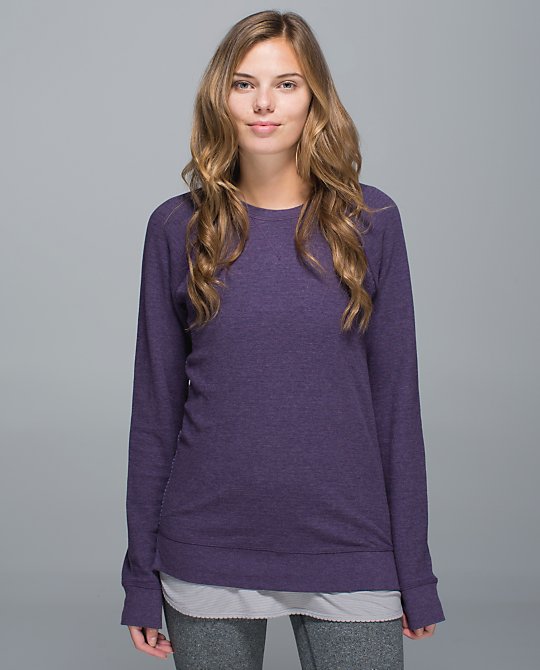 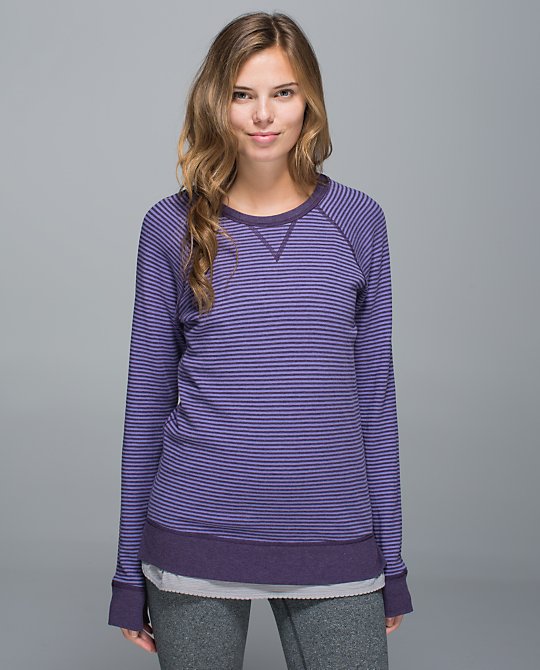 The open your heart LS ii uploaded.  Oddly, the colors are exactly the same as last year: black/soot, inkwell/surge, and deep zinfandel/winter orchid. 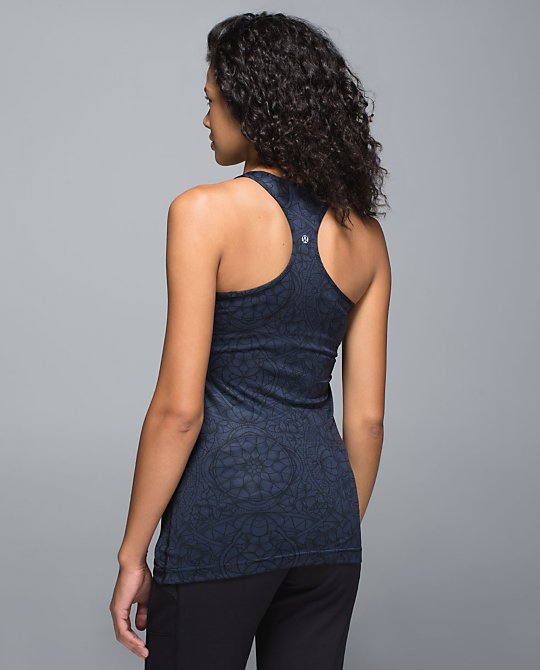 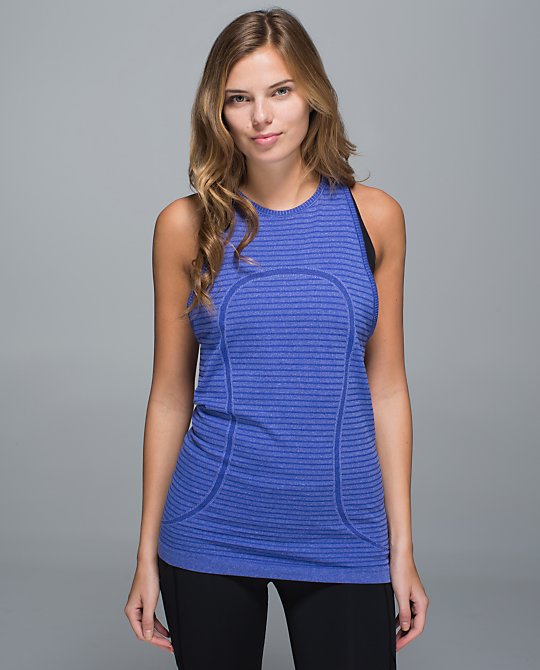 Pigment blue rugby striped swiftly tech tank.  The logo looks really weird on this to me–maybe because it doesn’t have the usual stripe of venting across the chest.  There’s also none of the usual patterning/venting on the back. 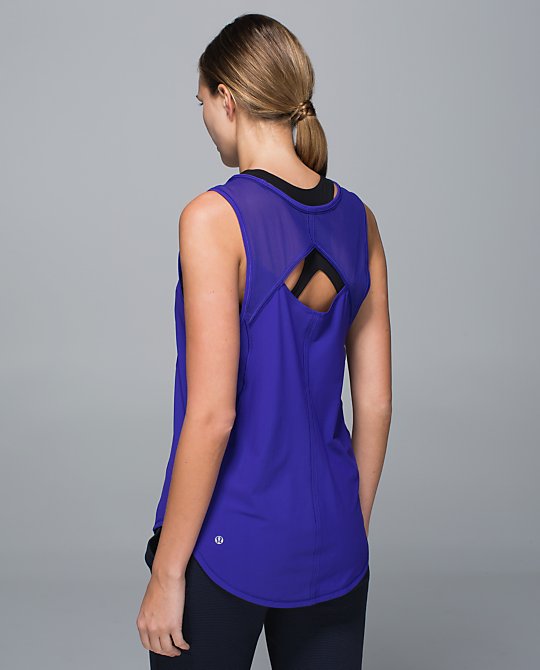 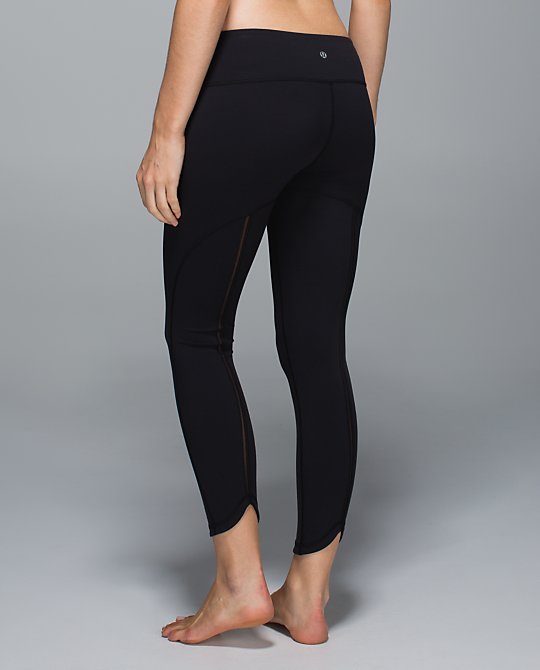 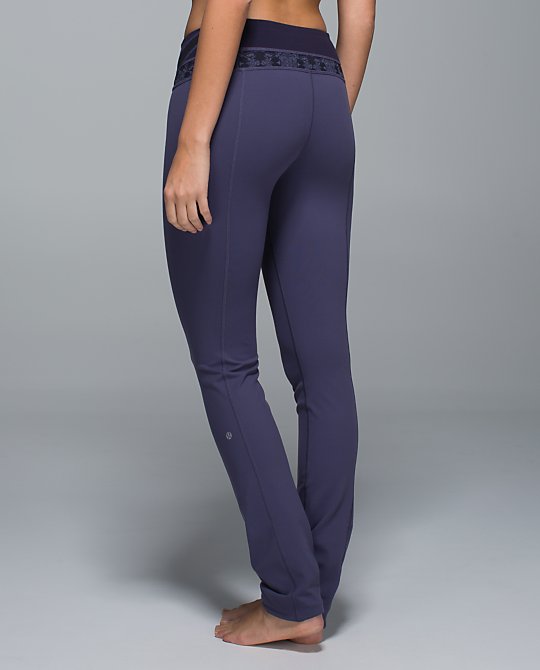 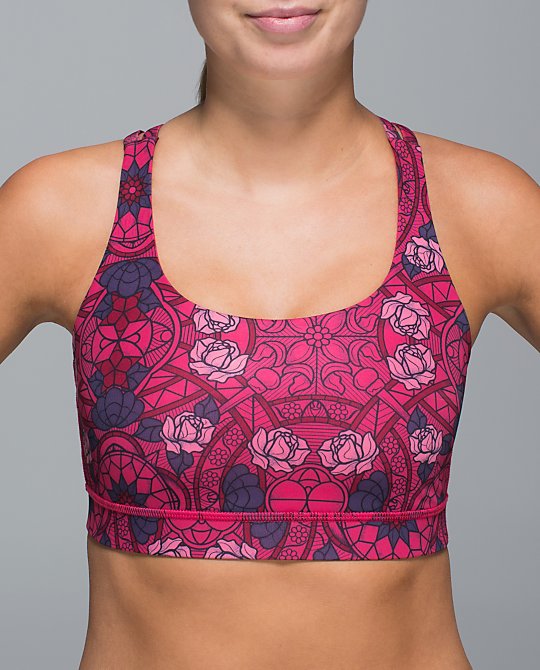 The energy bra (shown) and all sport bra both came out in the new prisma multi print.