Metallics and shine finishes have been popping up all over in fit-fashion-land this fall.  For cooler weather, lustrous picks can be a bold and eye-catching option while still more subtle than the neons and brights that are more reminiscent of warm weather.  Most shine finishes have found themselves on leggings, although a few bras have appeared too.

The first time I remember shiny leggings being a Big Thing was the late 00s when I was in college.  I bought these ridiculous, excessively silver leggings that I could never figure out how to wear without looking slightly insane, except at this one Halloween party (on the left) where my costume was basically “shiny things” which mostly just gave me an excuse to wear my favorite eyeshadow.  Halloween has never been my forte.

And that’s my story about shiny leggings.  Are you not entertained???

Back to the point and probably what you’re actually here for: here are 9 highlights from this luminous trend. 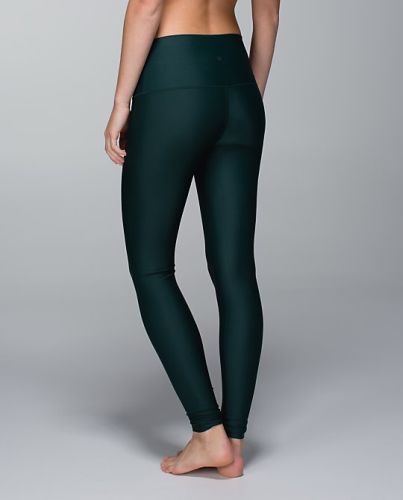 For our first exhibit, lululemon has of course already covered this trend with their shine tights, currently out in fuel green and black. 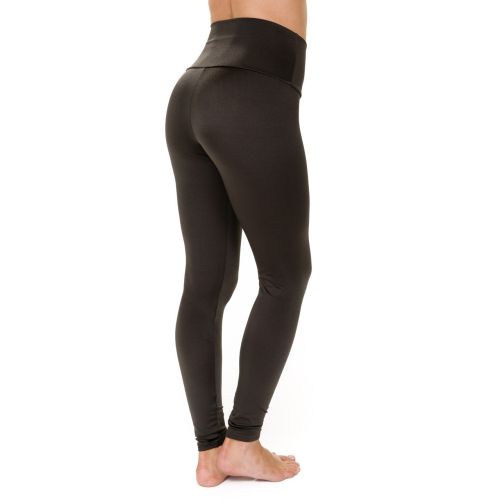 Onzie has just started putting out items in their own metallic fabric, which looks like it has about the same level of shine as lululemon’s fabric.  This is their high-waist legging in gunmetal. 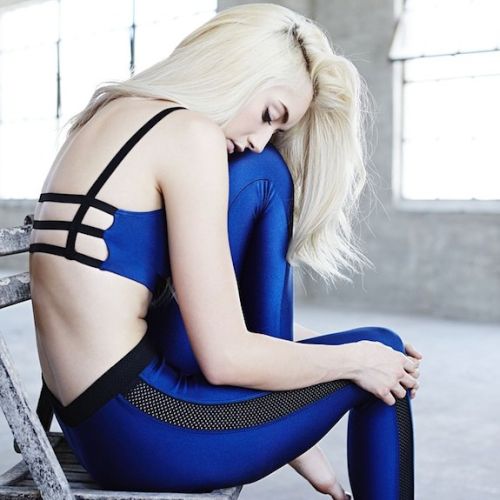 Onzie also has a blue and a bronze (not shown) version of the fabric.  These are the navy tuxedo leggings along with the elastic bra top, which is notably similar to lululemon’s hot spell bra. 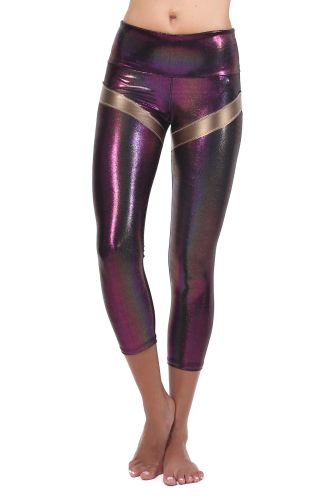 Purusha People, who I first mentioned a couple weeks ago, hold nothing back on shine with their estrella yoga crops.  If you want bold, it doesn’t get a whole lot more bold than this, folks.  So rad.  My inner space-captain-goddess totally wants them. 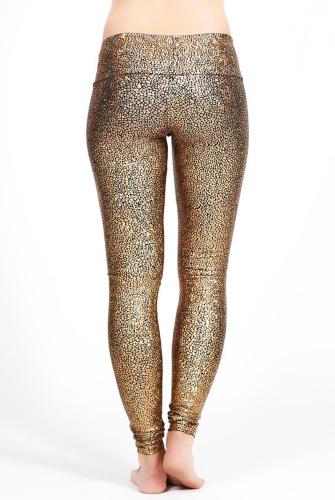 I’ve also mentioned one iteration of their crackle-finish metallic tights before.  This is the golden goddess leggings, but turquoise-blue and black/silver are also an option. 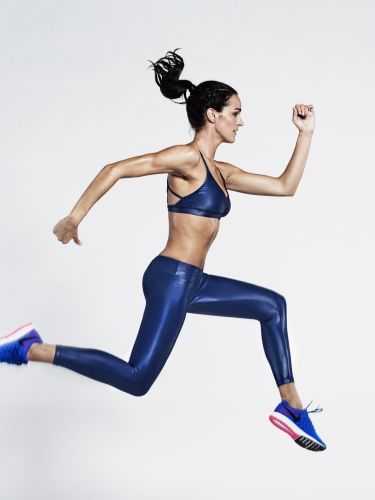 Koral Activewear, whose styles I’ve been keeping my eye on lately, have hit the shine trend especially hard.  Their lustrous leggings (in blue and black) are just that, sporting a serious wet-look finish. 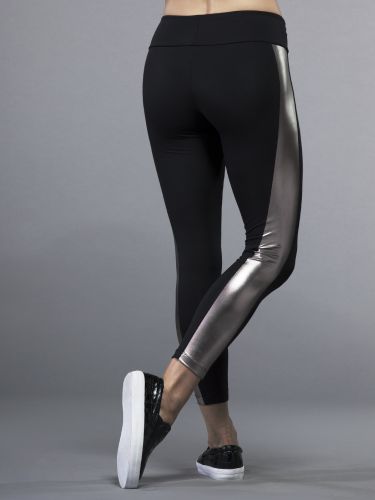 I love these bronze-trimmed cosmic leggings: they remind me a lot of my Splits59 ginger crops (although there are some differences, for example S59’s have a layer of mesh over the metallic while Koral’s do not).  If I didn’t already have the gingers, I would be all over these. 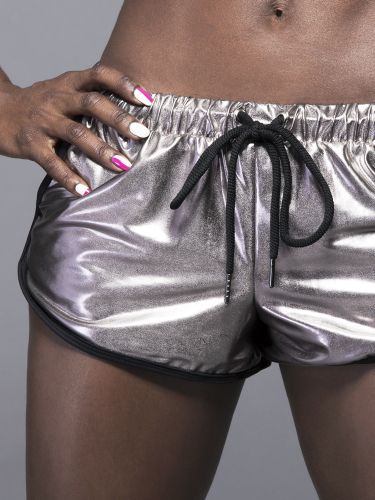 Lastly from Koral, these bronze galaxy shorts that look like some sort of hybrid between a boxer’s training shorts and a go-go dancer’s hotshorts.  I mean that in a good way.  I think. 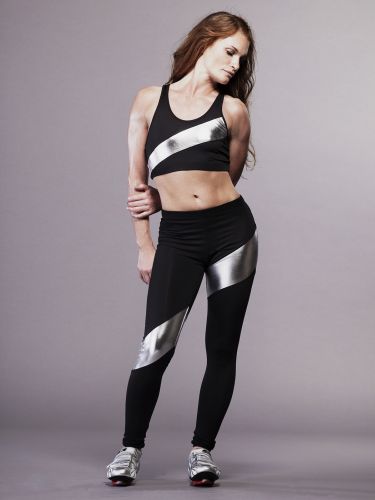 Rounding out the 9, ultra-luxury brand Norma Kamali put a more subtle spin on shine with her spliced silver foil leggings and matching bra.