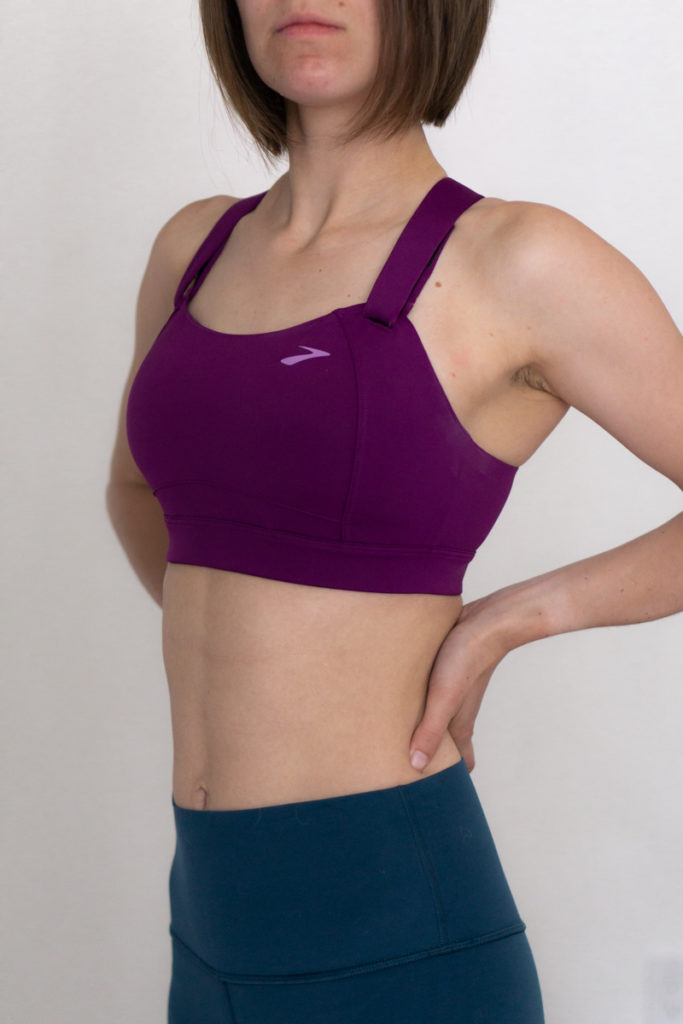 Next on the docket for my high support sports bra series: Brooks Moving Comfort’s Juno.  The Juno bra is offered in cup sizes up to F, and band sizes from 30 to 40.  How did this one hold up for me?  Let’s get to it.

The band runs true to size in my opinion, but the cups run a little big.  I went with a 30D in this bra, but I wouldn’t be surprised if a 30C would still be a good fit.  If you’re uncertain about sizing, I suggest going with the smaller of the cup sizes you’re considering.  Update: I purchased another Juno bra in 30C, and it fits very well.  Another reason you might want to try going down a cup size in this style.

This bra is high coverage, with a slightly wide band as well as a slightly higher neckline.  The Panache bra I reviewed recently is the same size as this one, but if you compare the photos, it’s clear how different the coverage is. 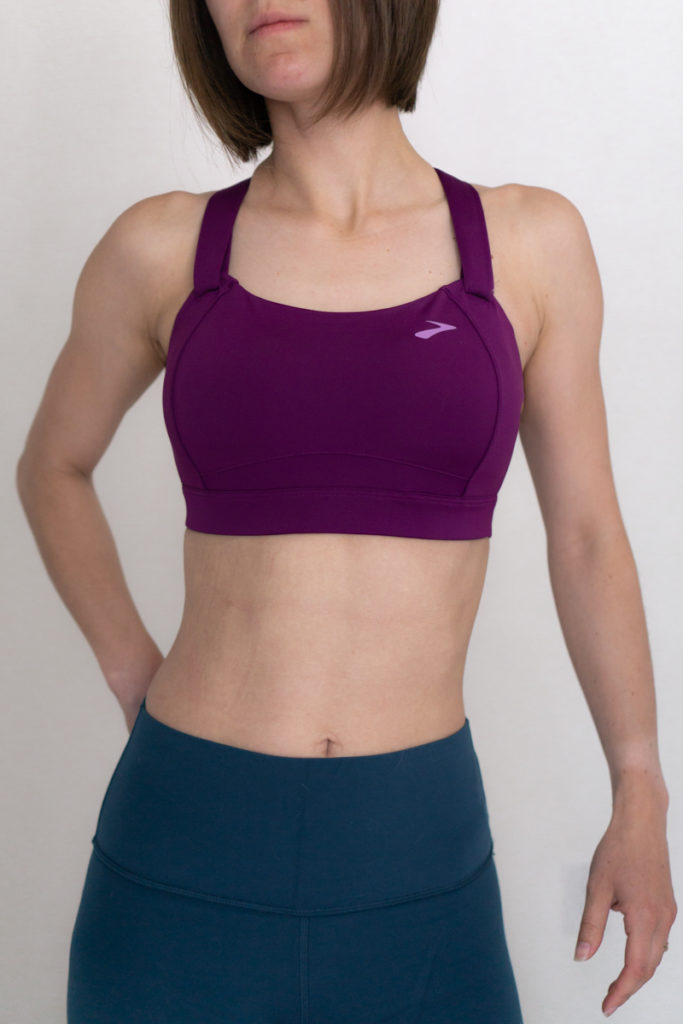 The bra has significantly more lift than most sports bras.  The cups are molded out of a spongy foam material.  The material is similar to the material used in removable bra cups, except there are no removable cups, it’s what the bra itself is made of.  This means this bra is slightly thicker than most, but that’s not really a downside if you don’t mind a little extra volume.  It’s not quite the shape of an everyday bra, but it’s a nice silhouette.

The overall effect of the molded cups is a more lifted and sculpted shape, rather than the smashed look that comes with many sports bras.  Because of the thicker material and high coverage, this bra is slightly warmer than other sports bras, but it’s still plenty breathable.  Personally, I have no problem wearing it in hot conditions.  The molded material also means you don’t have to worry about show-through.

The material and fit is notably different from Brooks’ other popular sports bra, the rebound racer.  Although the coverage is similar, the rebound racer is not molded and is strictly compressive rather than shaping. 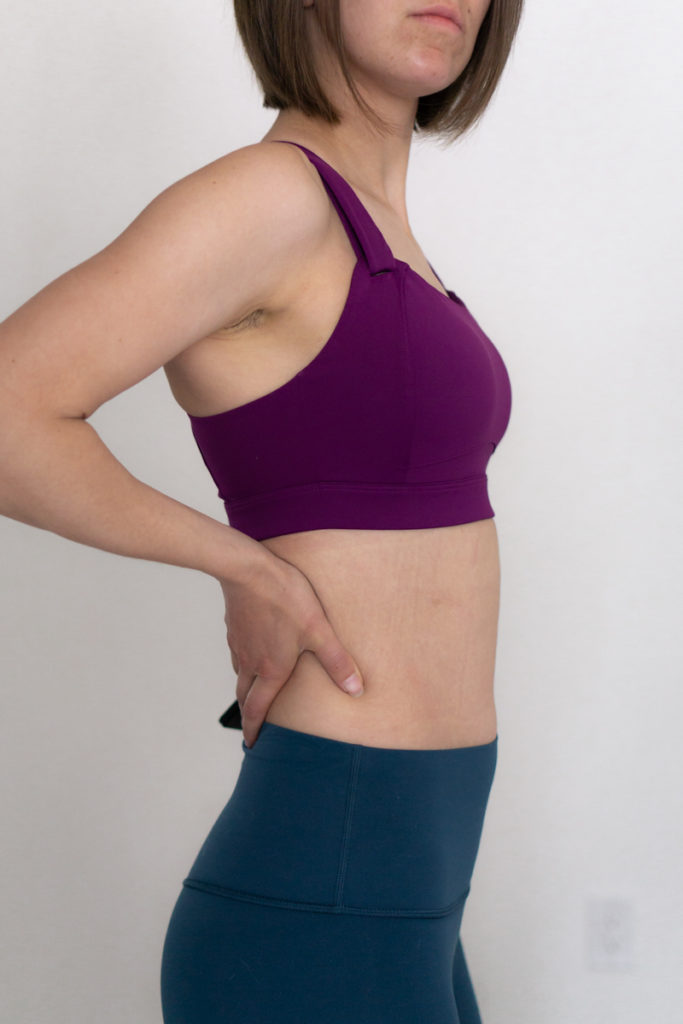 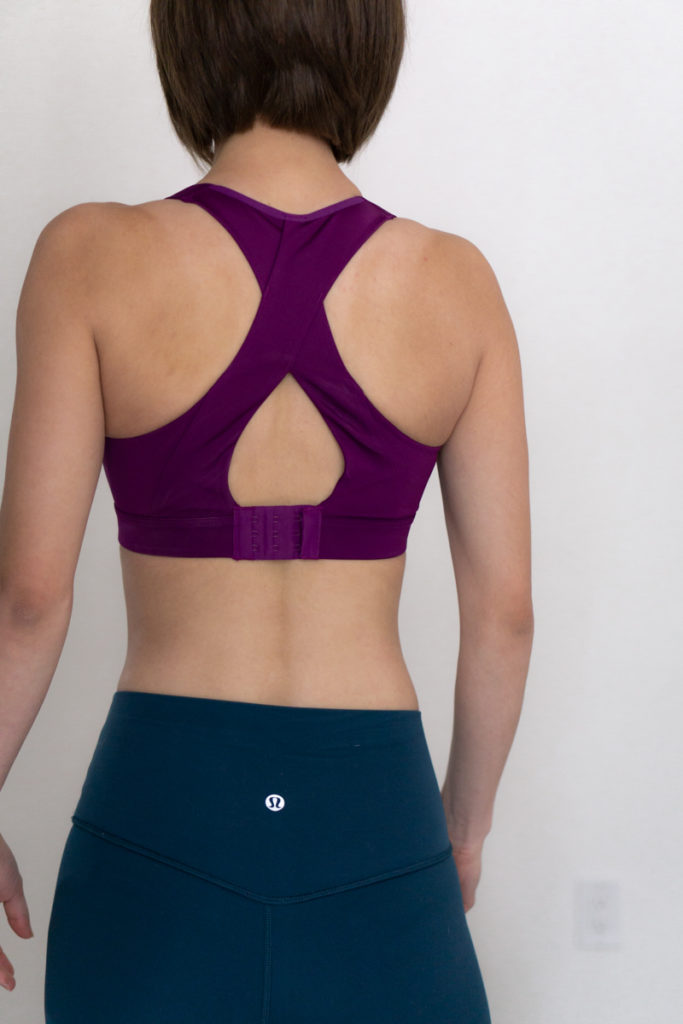 The band has 3 columns with 3 hooks each, so that you can tighten the band as the elastic starts to wear.  That said, I have worn and washed this bra many times over the last several months since I purchased it, and the band still fits firmly.

The shoulder straps are also adjustable, but through a different mechanism than most bras.  The straps adjust at the front where you pull the bottom part of the strap through a loop and attach to the inside of the top strap using velcro.  One downside to this style is that the double-layered straps can feel a bit bulky in the shoulder/upper chest.  This also means that the end of the strap might land in a spot that rubs awkwardly.  Personally, I haven’t had issues with the straps chafing even during very long runs, but it’s something to look out for. 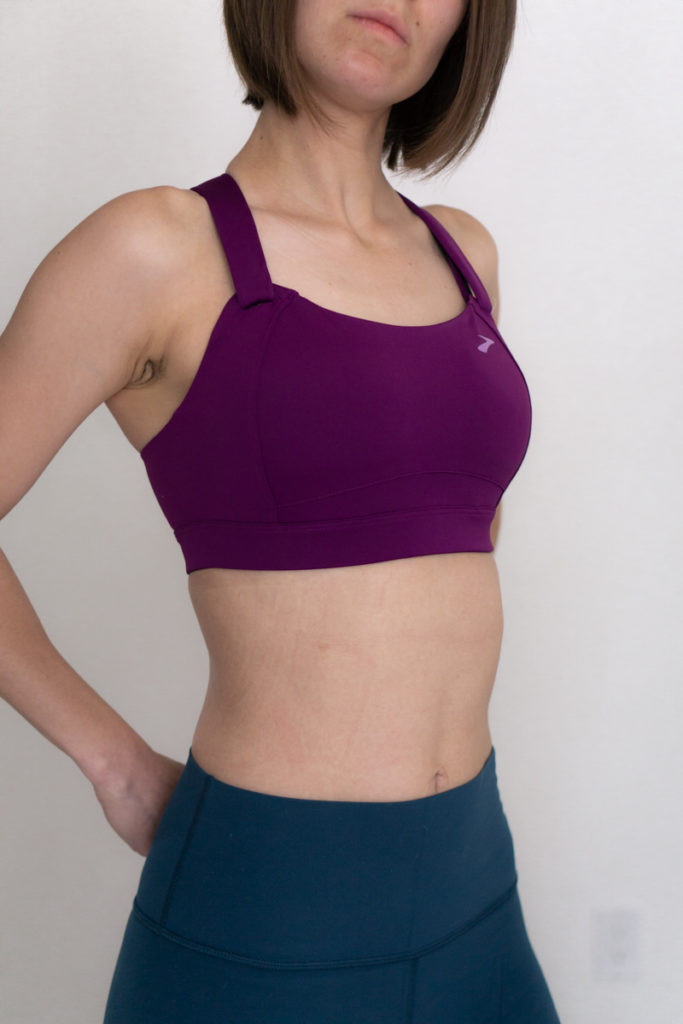 Another thing I like about this bra is that, unlike some other high impact options, it doesn’t look much like underwear.  This is a great bra if you like to wear a sports bra sans shirt.

I’ve worn this bra for tons of runs over the last couple months that I’ve been testing it.  It’s one of my go-to’s for long runs, including extra-long distances up to 20 miles.  I’ve been very pleased with the level of support, comfort, and durability.  If you’re looking for high support and a nice shape is a big draw for you, I definitely recommend this bra.

At $65, this bra is a little on the pricey side, but you can easily find it on sale.  If you buy directly through Brooks, note that you can try the bra for 90 days and return it for free, even if it’s been used, which is a great perk.

Besides Brooks, you can find other colors of the Juno bra through retailers like Zappos, Herroom, Backcountry, Amazon, Bare Necessities, and REI.