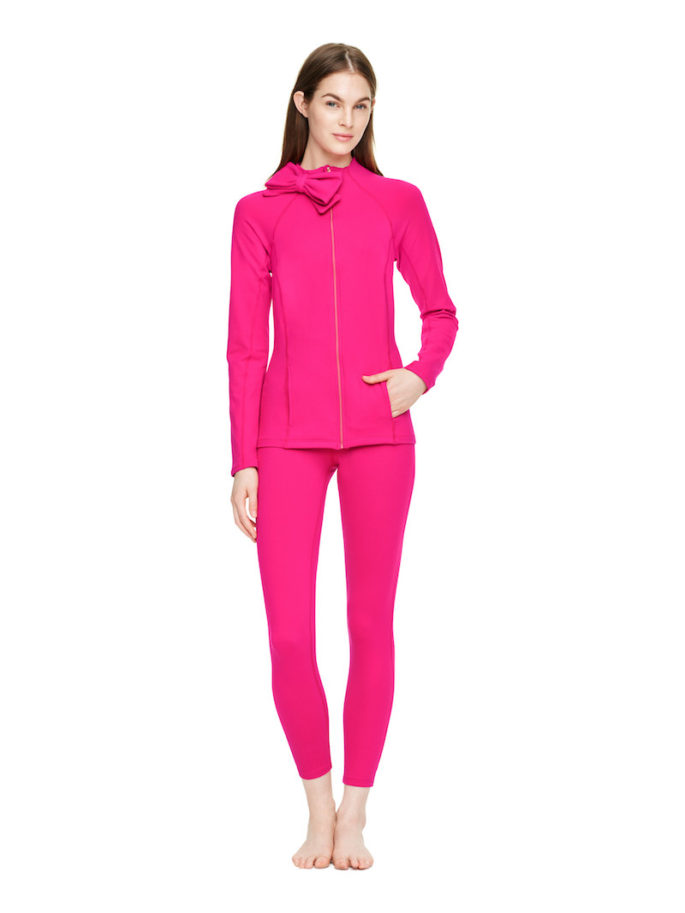 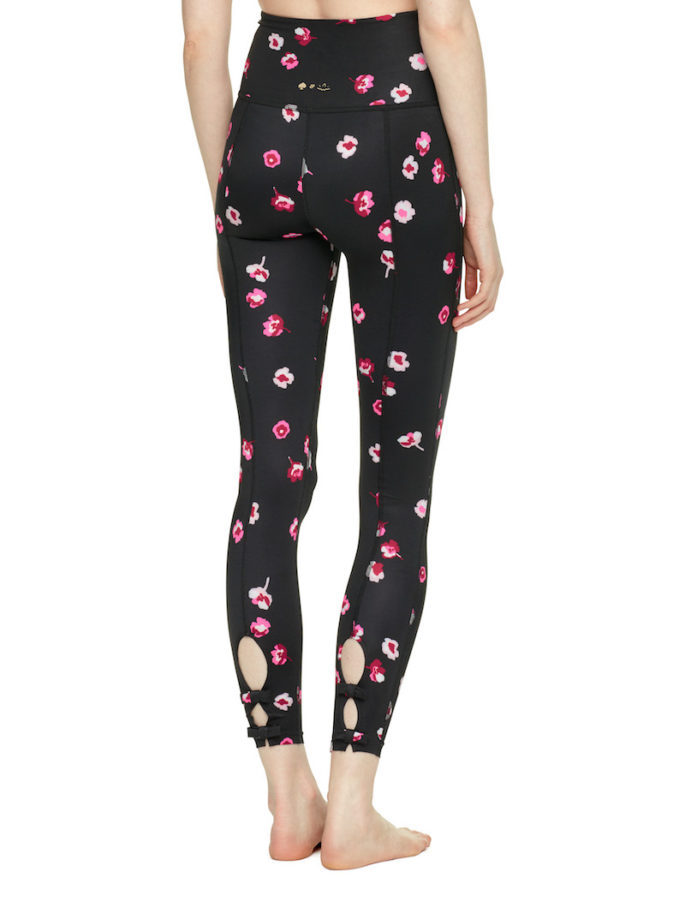 Beyond Yoga x Kate Spade launched the third installment of their collaboration.  This time around, the collection centers around a shade of bright pink and a dark floral pattern.  The color palette is a surprising choice for fall, but if you’re looking for something a bit brighter this season, they’ve got you covered. 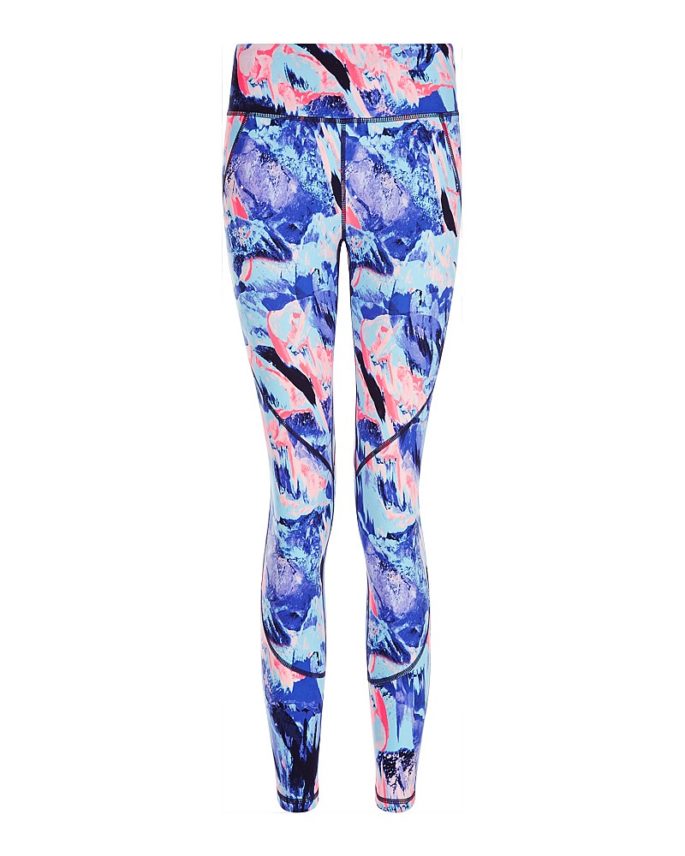 Sweaty Betty is rolling out the first of their fall range.  The collection is inspired my fire and ice, with hot colors and prints like orange, plus chilled prints rendered in shades of icy blue.  So far, a couple of my favorite styles are the power 7/8 run leggings and the hot pink simhasana yoga sweat.

Also, Sweaty Betty is now offering a 20% off student discount, in stores only.  So, if you’re a student and you happen to live near one of their brick-and-mortar locations, you’re in luck! 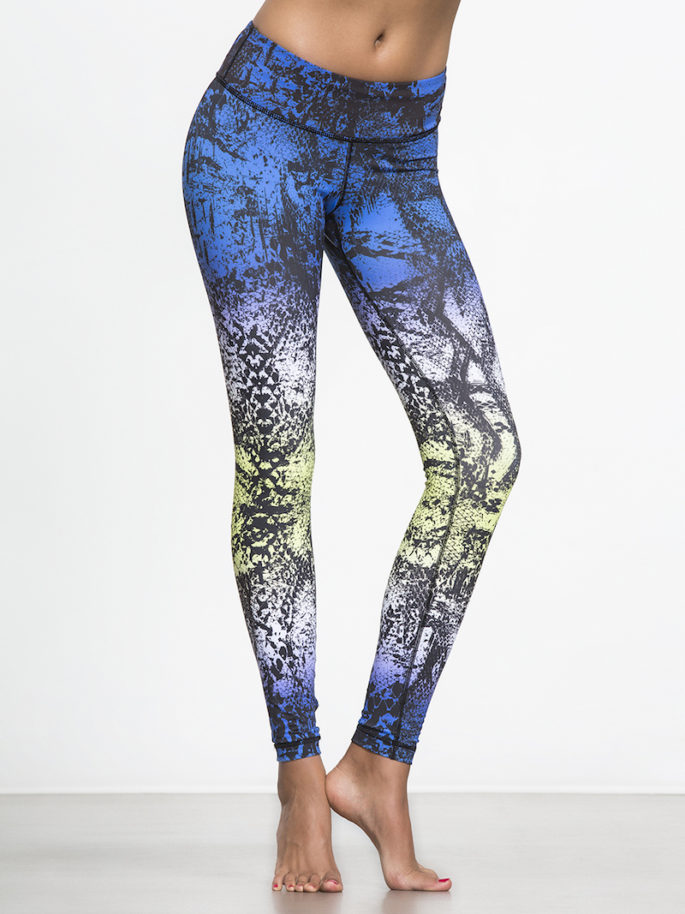 Vimmia debuted a new mamba print, a super-cool mash-up of ombre and snake print that I spotted on Carbon38.  I actually ordered a pair of these and will be posting a review shortly. 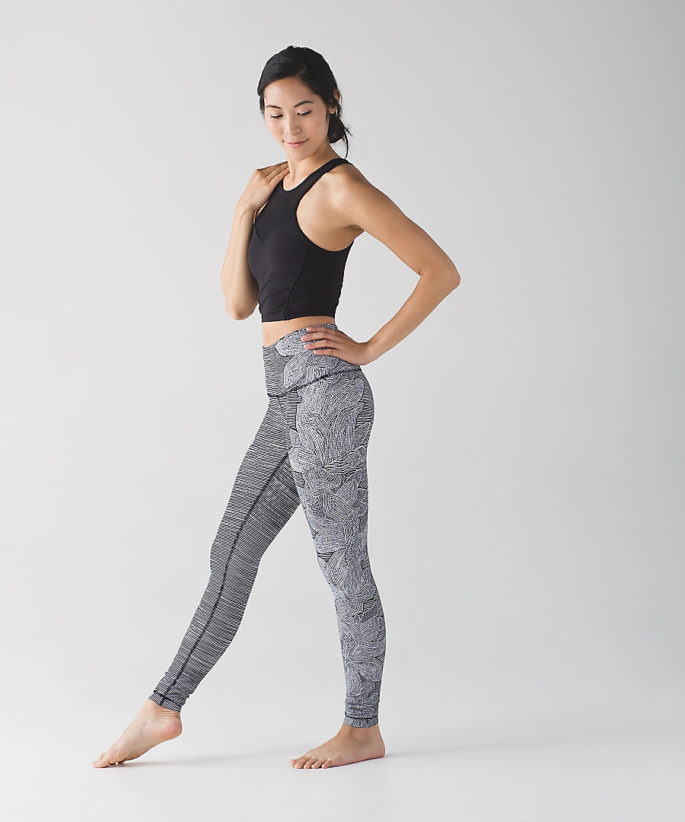 Lululemon’s most hyped-up drop this month was their dottie tribe collection.  I talked about the speed shorts and wunder under pants in this post.

Some other notable new lulu: these new beat the heat crops, the return of the speed crop, and the return of deep indigo–a slightly purple-tinged navy from a couple years ago–on the align crops.  Apparently I’m on a deep blue kick right now.

Also, rumor has it that lululemon is phasing out the cool racerback in favor of a newer model.  There were similar rumors a couple years ago that didn’t come to fruition, but this time people are saying it’s for real.  It actually makes sense this time, because lululemon leadership has been talking about overhauling their tanks collection, much like they did for the pants collection.  It seems like those changes are going to finally roll out this season.  Even though the CRB is a staple of my closet, as it is for many lulu lovers, I’m very interested to see what new designs and ideas they will bring to tanks. 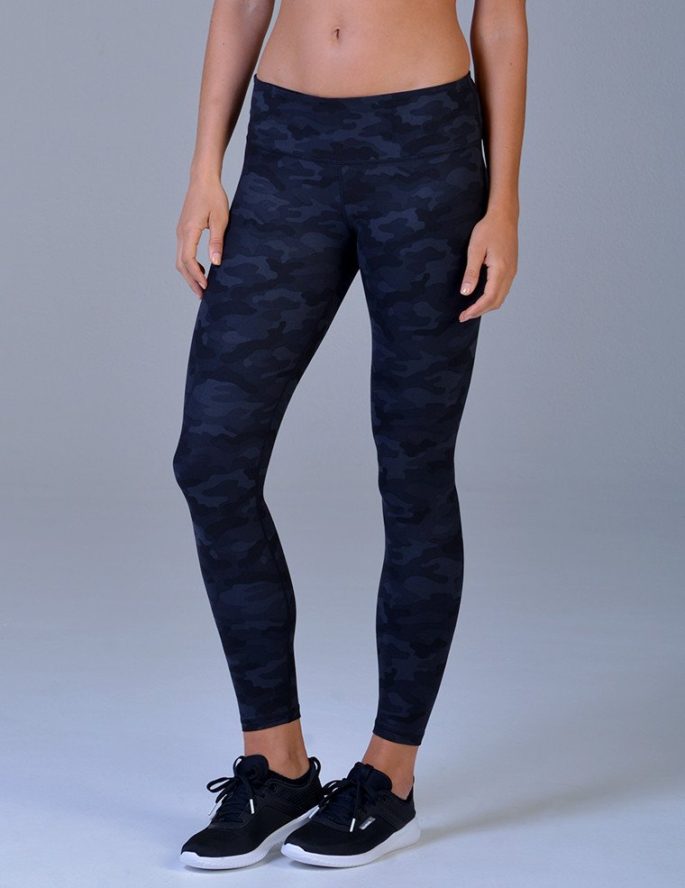 Glyder dropped the first of their fall collection, “Grounded”.  Not surprisingly, this drop features clay, an earth tone, as well as a snazzy new navy camo print. 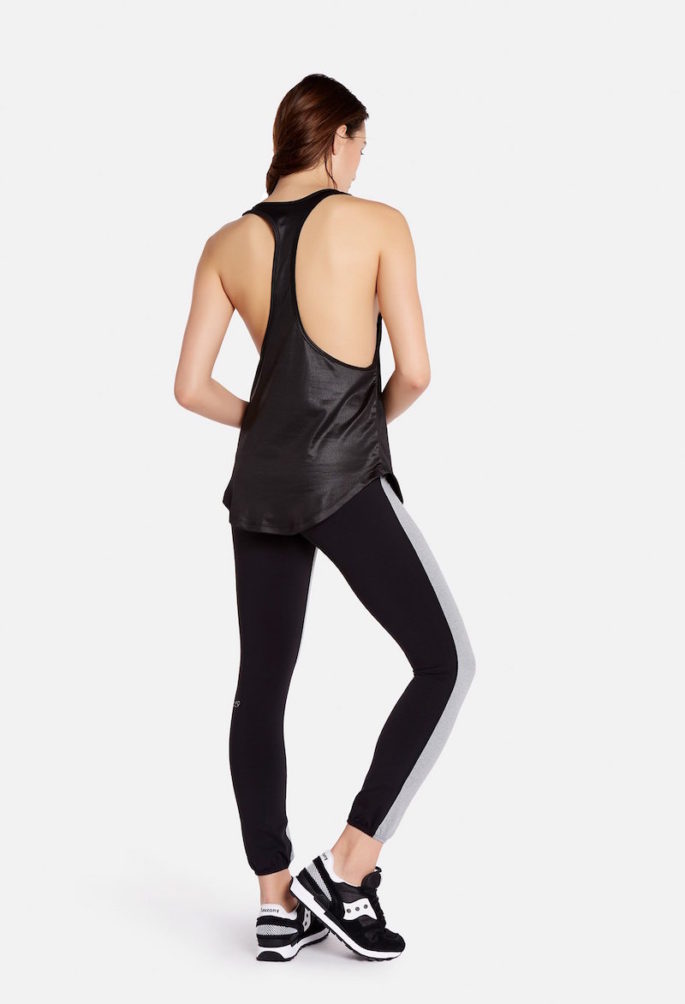 Splits59 dropped a few teasers from their upcoming fall season.  This season looks like it will feature lots of jewel tones, accentuated by neutral, earthy colors.  They also debuted a spiffy new website!  I’ve been admittedly a bit lukewarm on S59 the past couple of seasons, but there are a couple newbies catching my eye.  Whatever the green pants are in this photo look awfully nice, although they haven’t come out yet.  The echo tank is very cool girl chic, and I’m loving the shade of sapphire blue on the binx tank. 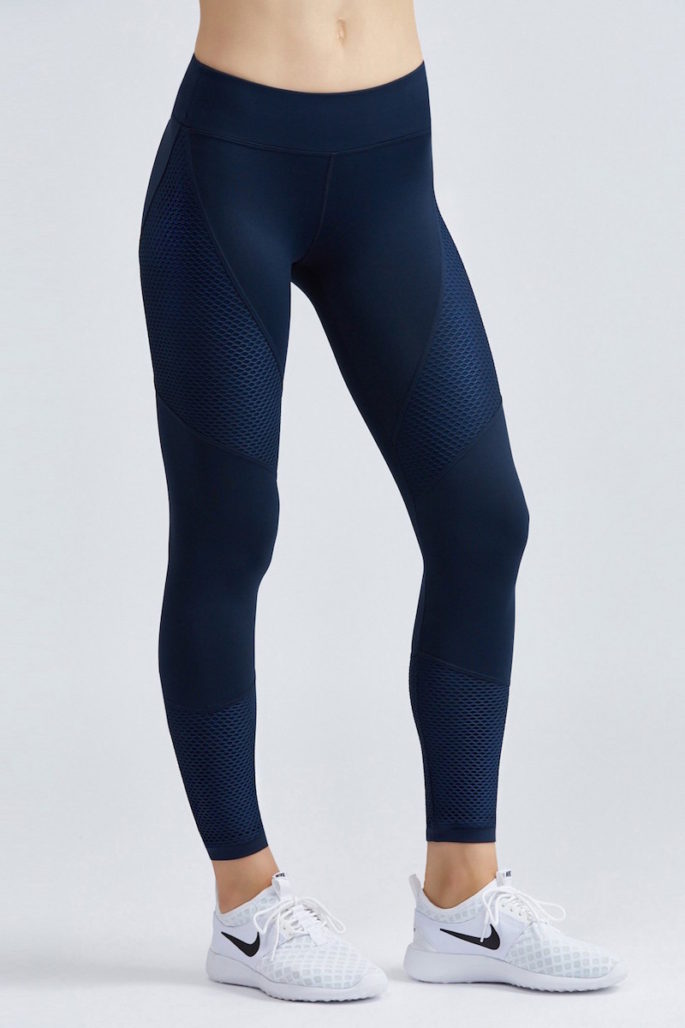 Koral Activewear partnered with NYC-based mega-blogger and style maven Something Navy for a special edition capsule collection that just dropped this week.  This collection was also in partnership with Bandier, the exclusive retailer for the styles.  Not surprisingly, every piece is navy.  What was surprising was that almost every piece of this collection had sold out of at least some (if not all!) sizes on launch day.  These sector leggings (pictured above) are definitely my favorite. 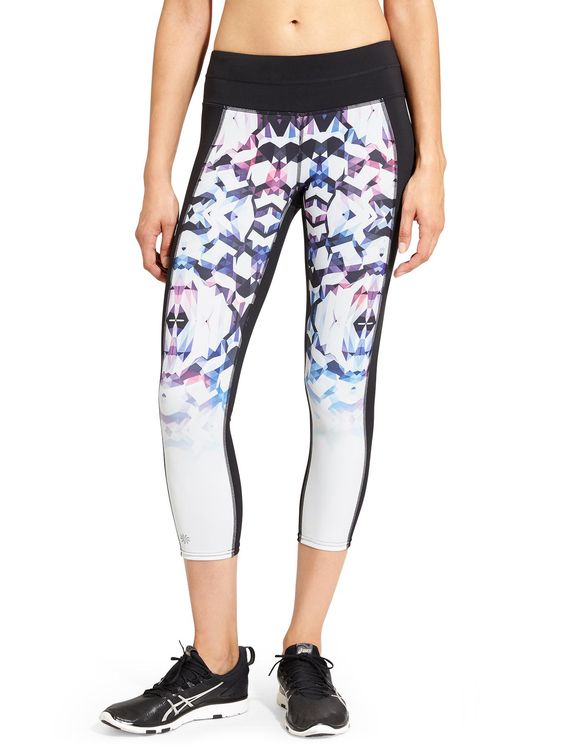 Athleta has also been rolling out quite a few new releases for fall, too.  My favorite is this disco geo sonar capri, which has a cool white pattern on the front.  The back and sides are black, likely to avoid sheerness issues.  Hopefully the front isn’t sheer!  They also updated their relay capri with side pockets, making it a good competitor to lulu’s pace rival crop, especially since the relay capri is $14 cheaper.  Speaking of side pockets, they’ve got a new high rise tapestry chaturanga to town tight that features an ornate pattern and, you guessed it, side pockets! (Thanks to commenter Meg for pointing these out!) 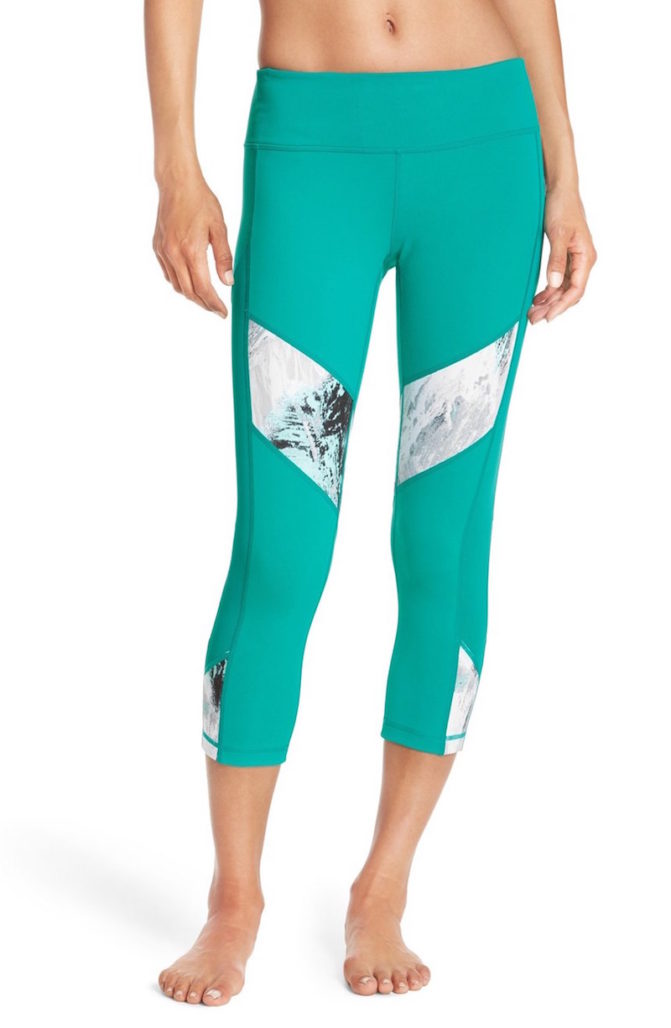 Don’t forget the Nordstrom anniversary sale is still going!  You can snag these teal Zella crops for $29, these reflective Nike crops for $48, or this reflective Ivy Park jacket for $132.  Also, Nike has a print that’s reminiscent of lululemon’s dottie tribe on these shorts for $30.  See all of Nordstrom’s workout gear on sale here.  Prices go back up the 8th.

P.S. 3 new brands to check out

1 | Peony and Me.  This new brand has been popping up on my social media feeds lately so I couldn’t help but click through.  Their collection centers around feminine prints, accented by a mix of both workout-ready and casual styles.

2 | Lisa Frank.  Yeah, that Lisa Frank.  Fellow 90s kids: now your leggings can get you all nostalgic over that lunch box you had when you were 8.  Rage On is now offering official Lisa Frank prints on leggings, dresses, and tops.  Note these are listed as “athleisure inspired”, so I’m not sure if they’re technical enough to hold up to sweaty workouts, or if they’re better for casual wear.

3 | Bombsheller.  I featured this brand on my roundup of plus-size activewear options, but they sell straight sizes, too.  If you want to shop a smorgasbord of printed leggings, you’ll want to check out Bombsheller.