This week’s drop of new products in regions worldwide brought tons of interesting new stuff.  New prints for September are out in full force, including some we’ve seen little previews of and some that are new altogether. 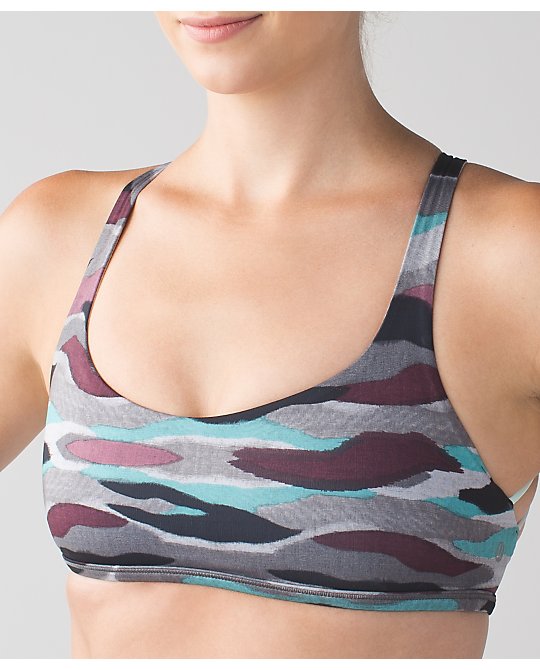 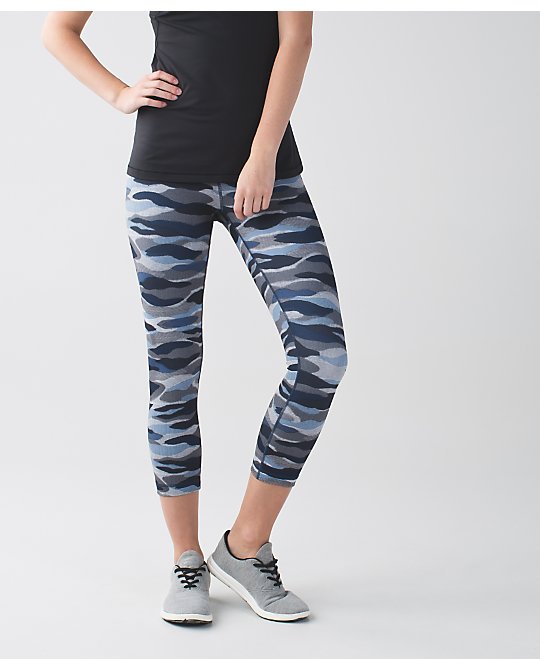 Coast camo is already getting a lot of interest.  That’s a free to be wild bra on top, and a deep navy version of coast camo on wunder under crops (regular rise) on the bottom. 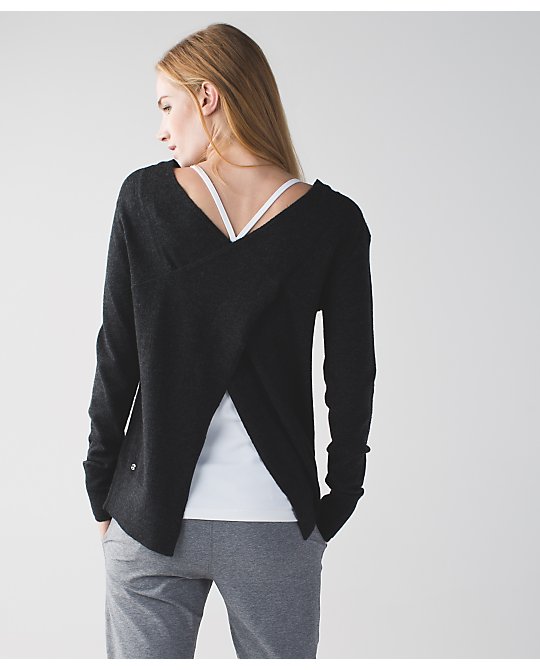 New style: sunset savasana long sleeve.  This is made of merino wool.  It looks relatively plain from the front, but has this split back with overlaid panels. 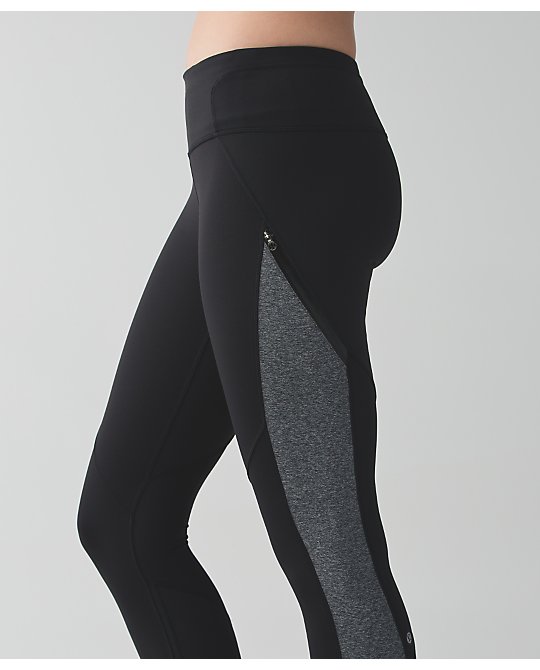 New rain on train on tights from Australia, with DWR coated panels for inclement weather.  I didn’t notice these at first, but after a conversation with a lulu-friend I now have these on my radar. 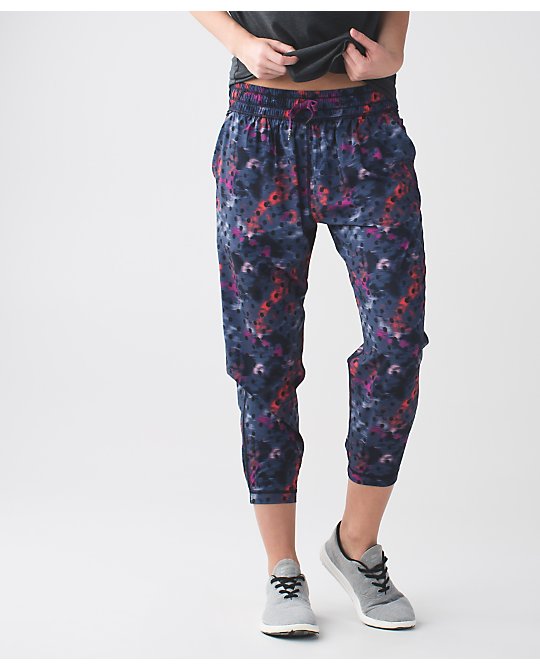 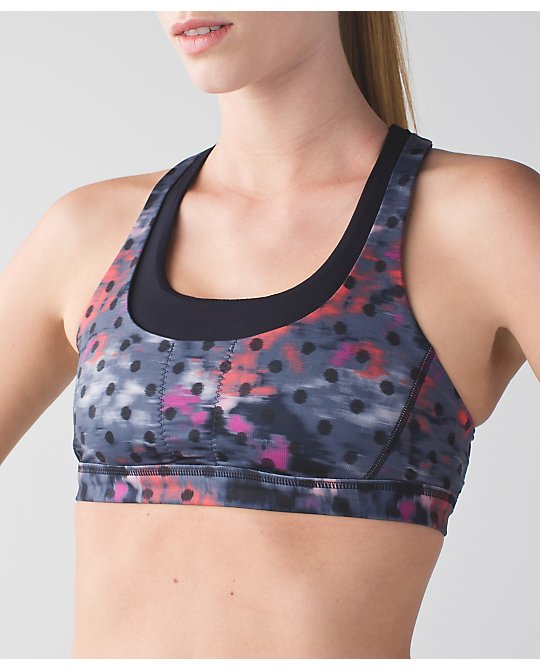 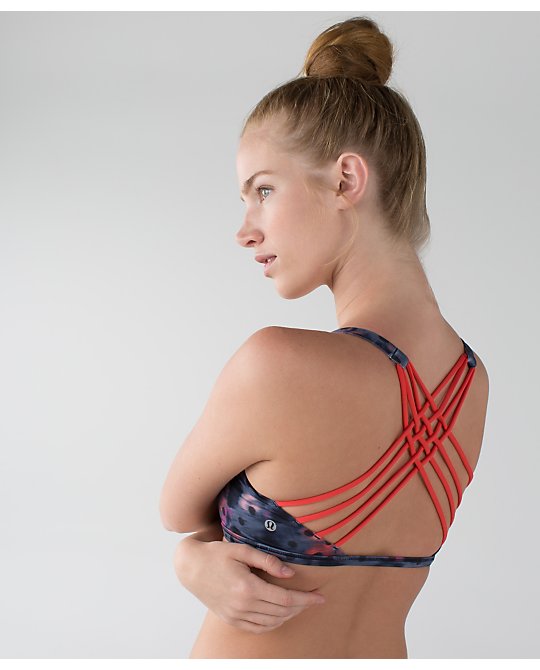 There’s a ton of windy blooms happening, too, especially in this variation of the print.  The namaskar pants are back (first pic),  and there’s both a stuff your bra and free to be wild bra (straps are alarming) in this pattern too. 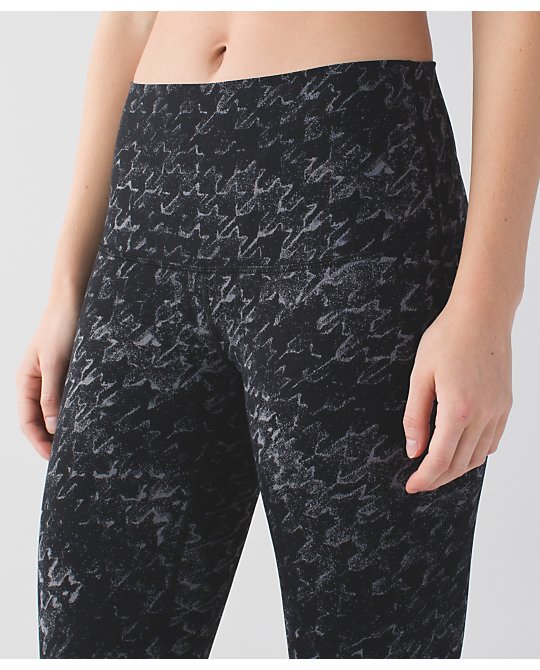 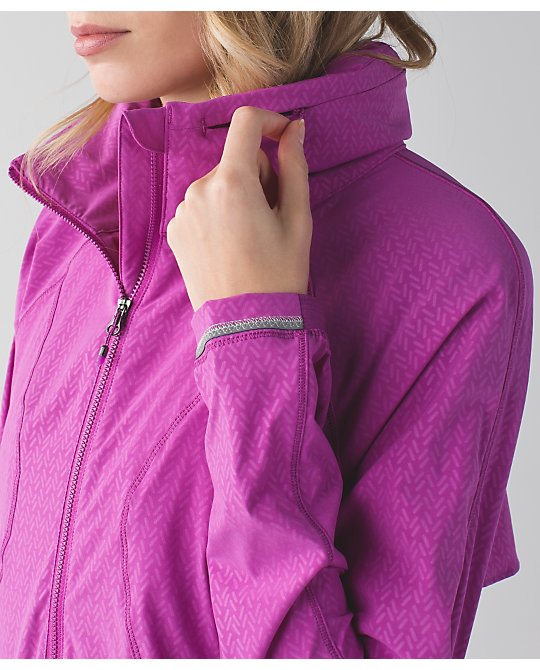 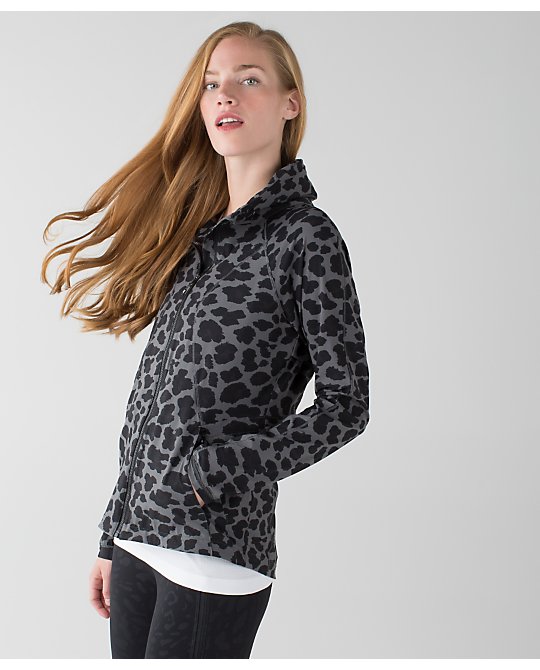 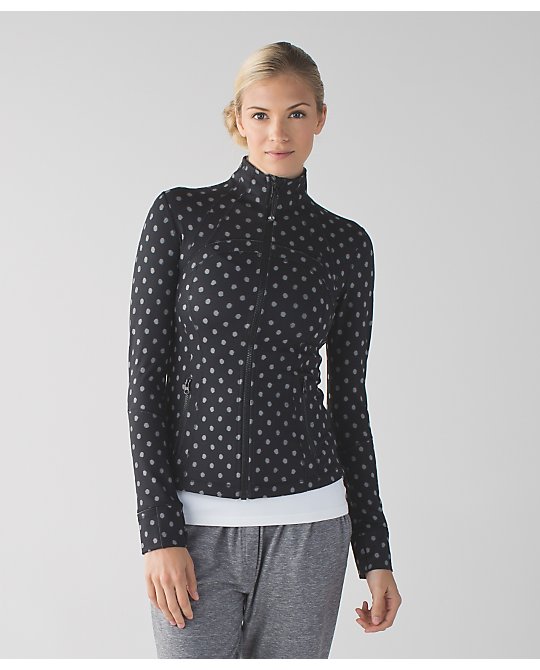 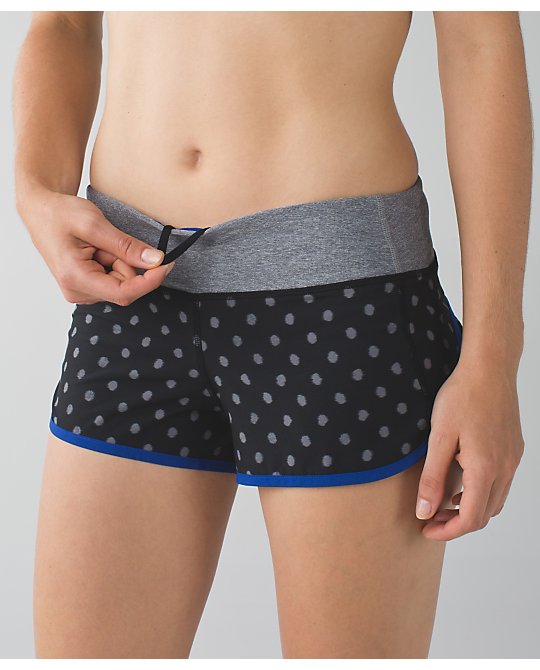 New ghost dot pattern on a define jacket and on speed shorts with an unusual choice of contrast trim–sapphire blue.  This pattern is a bit too juvenile for me. 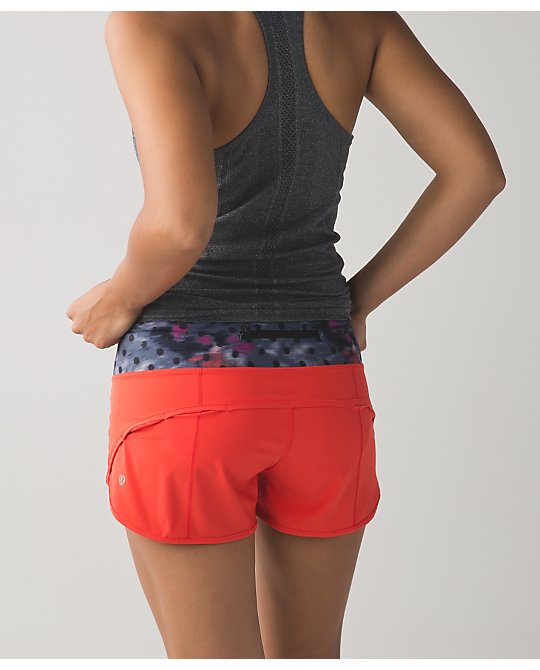 Speaking of speed shorts, here’s another new pair, except only half new, because the color is alarming.  Lulu already made a solid pair of alarming speeds not long ago, but these have the windy blooms waistband.  That said, these (and the ghost dot above) are both in Australia, so there’s always that chance they will not be dropped in North America anyway.  Speed shorts season is definitely slowing down–there wasn’t anything 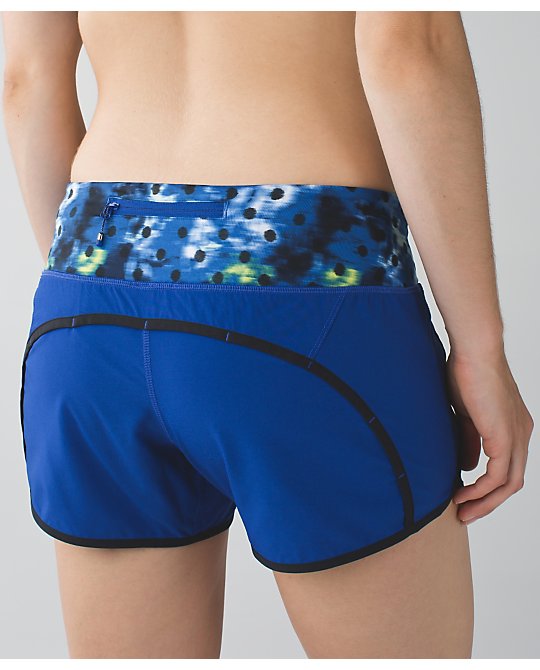 More shorts: sapphire blue run times with black contrast trim.  These are really nice for run times lovers.  They’re very similar to the harbor blue/black trim speed shorts out a few months ago.  I don’t believe there was a similar pair in run times at the time. 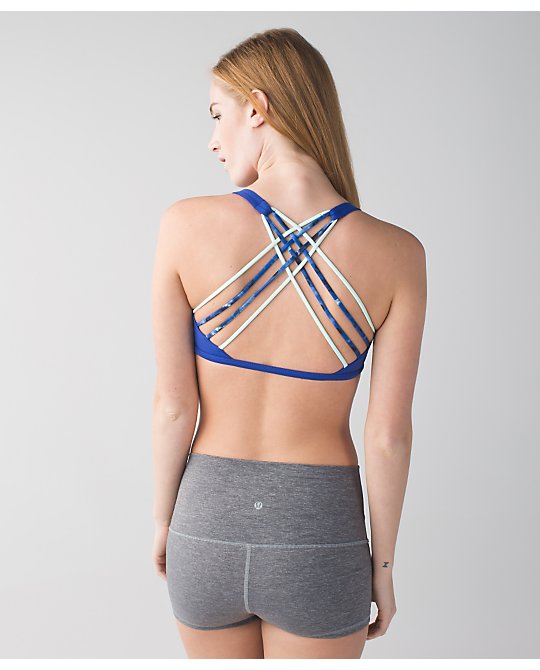 Finally, a solid blue free to be wild bra for all you FTBW fanatics.  This is sapphire blue, with sea mist and windy blooms straps.  I think it would’ve been nicer with one solid color straps, but I don’t buy FTBWs so my opinion doesn’t matter much. ;) 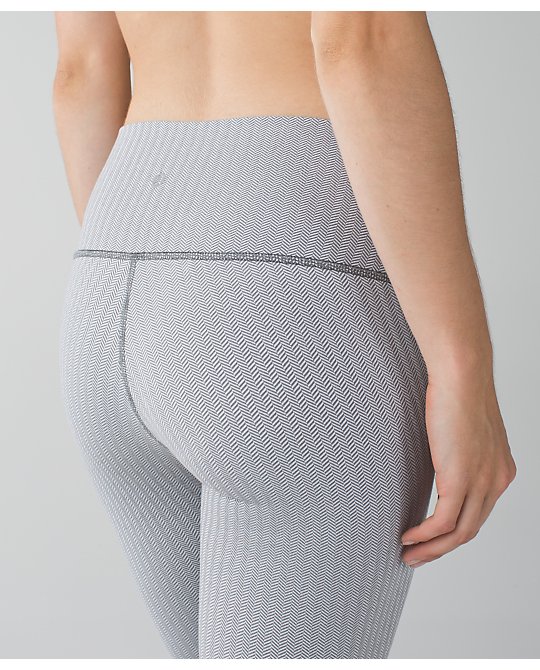 New white/slate herringbone high times pants.  These are different from last year’s white herringbone pattern–you can see the lines are much more crisp on these.  The seaming contrasts a little here, but not nearly as bad as the pair last year. 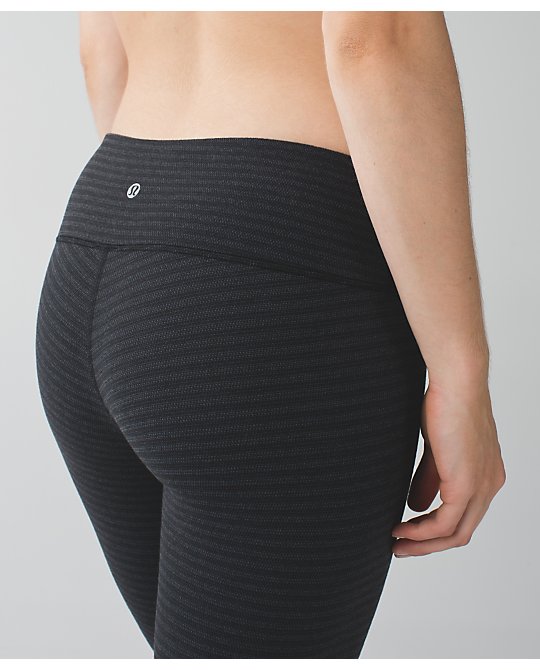 Another texture: pique black dark slate wunder under crops.  These look nice, but I usually find luon pique to be a bit sheer, I prefer mini check pique. 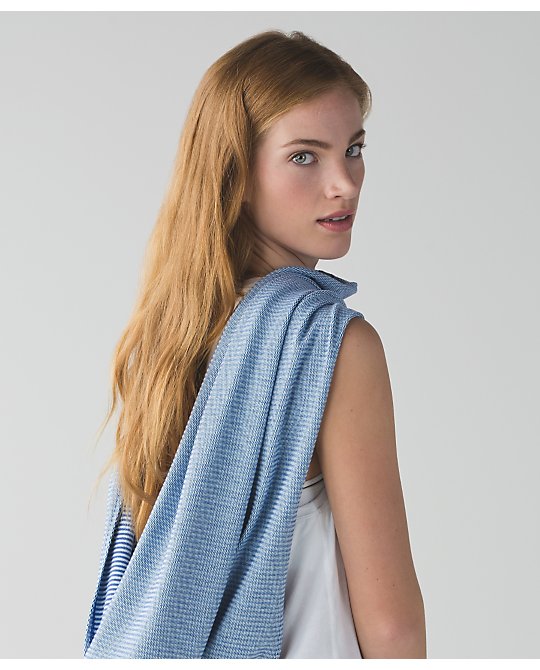 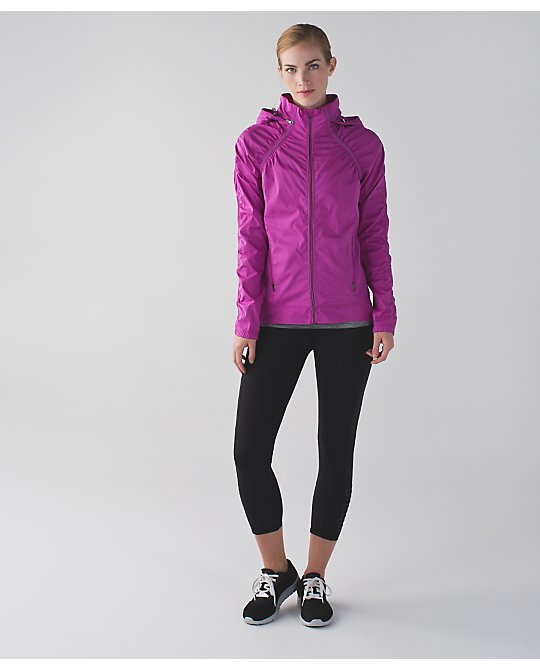 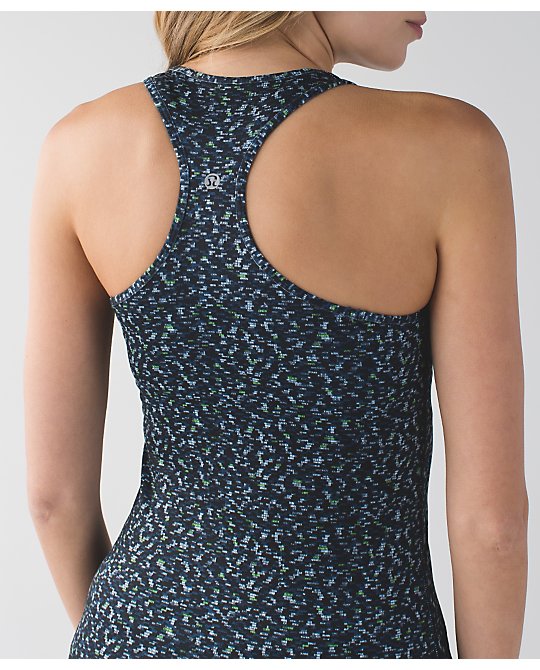 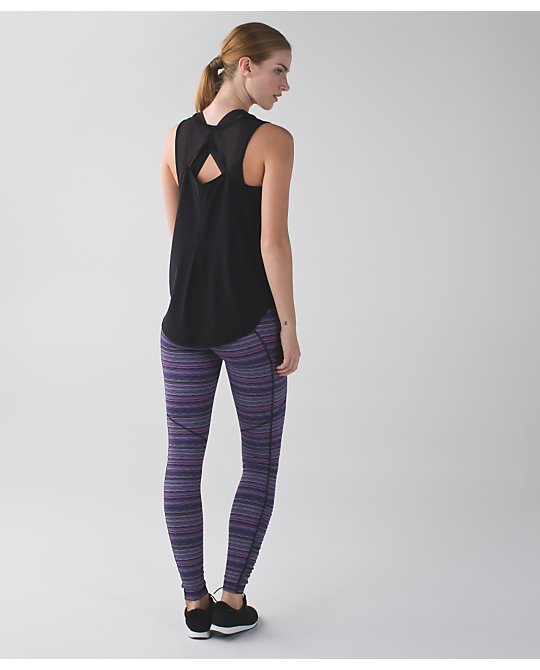 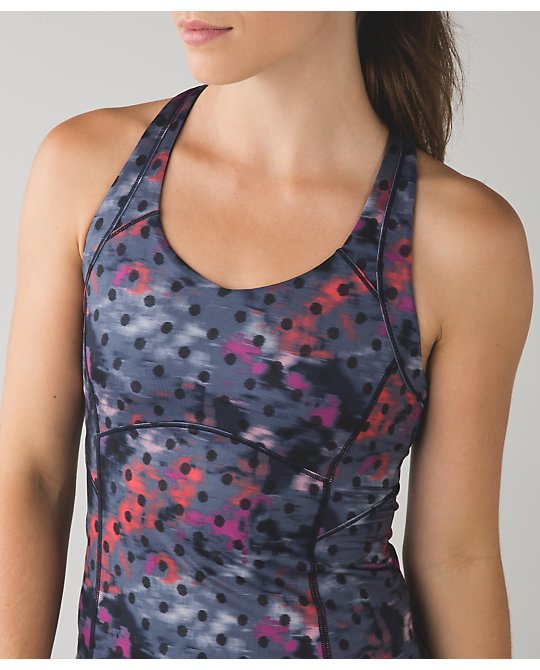 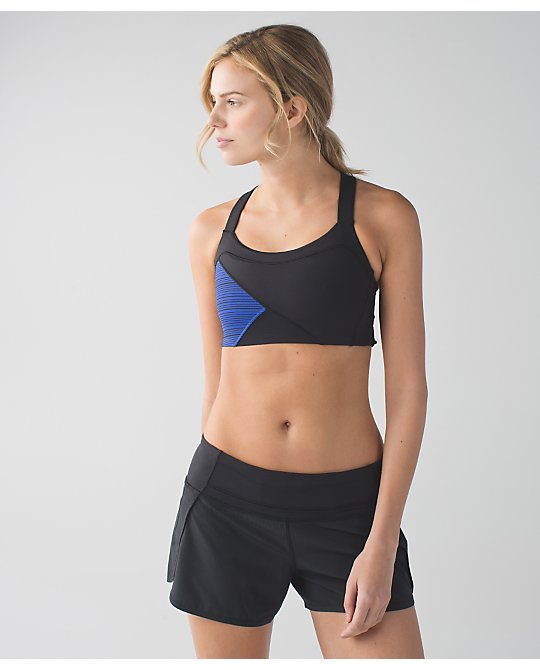 New kanto catch me tank and kanto catch me bra.  I like to see that lulu is branching out with more high coverage, high support designs, although this one in particular isn’t calling my name.  It seems like lulu is taking some cues from Japanese design this year, like they did with last year’s sashiko designs. 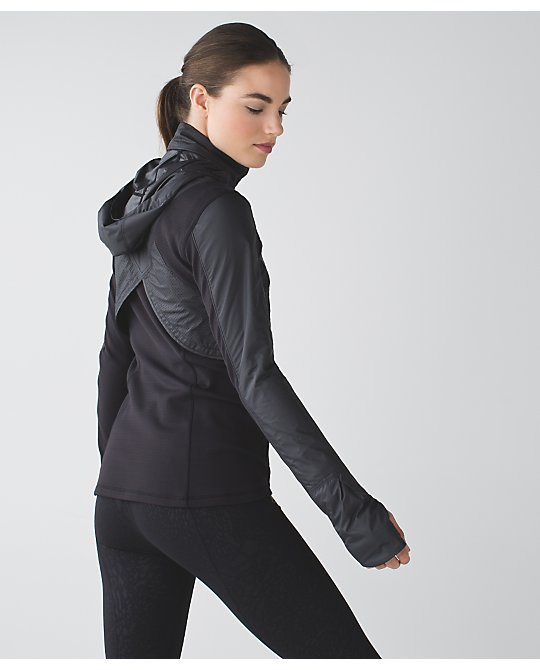 Also in the kanto catch me line, this new run jacket.  It’s made of glyde and rulu–yessss, bring on the rulu!  The glyde makes it lightly weather-resistant and the rulu keeps it warm.  It has a similar angular design to the other kanto items, and also kind of reminds me of the sunset savasana pullover above. (Thanks to commenter Allie for pointing this one out–I missed it the first time around!) 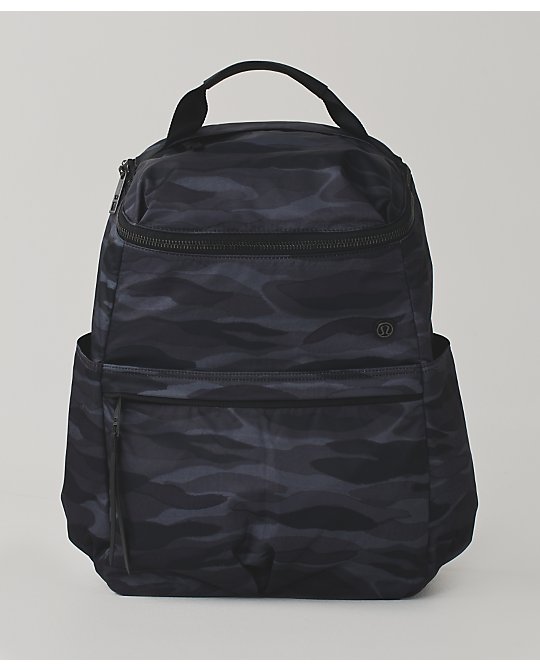 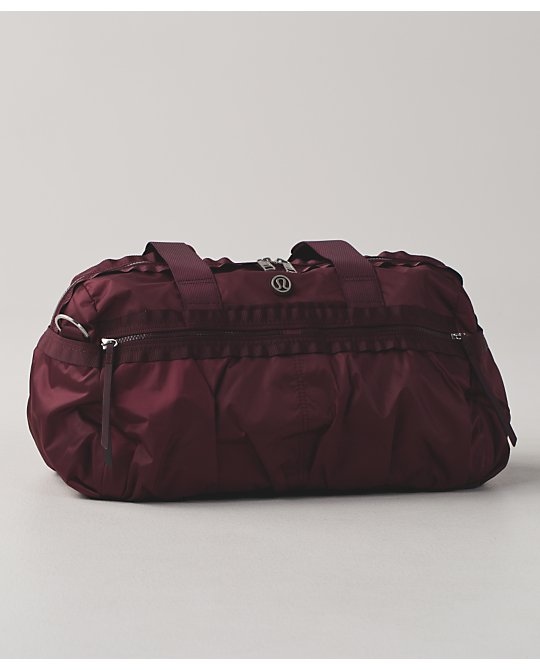