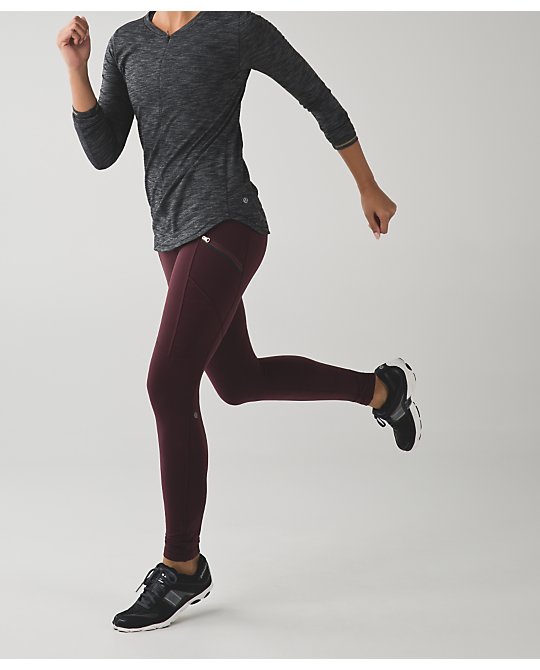 The toasty tech tights are back in bordeaux drama plus two versions of black.  I’m considering getting these to try, because I can’t resist anything thermal right now.  My winter bottoms don’t have a lot of color, so bordeaux would be a nice option that isn’t neutral, but isn’t too loud either, since I rarely reach for bold colors in full length. 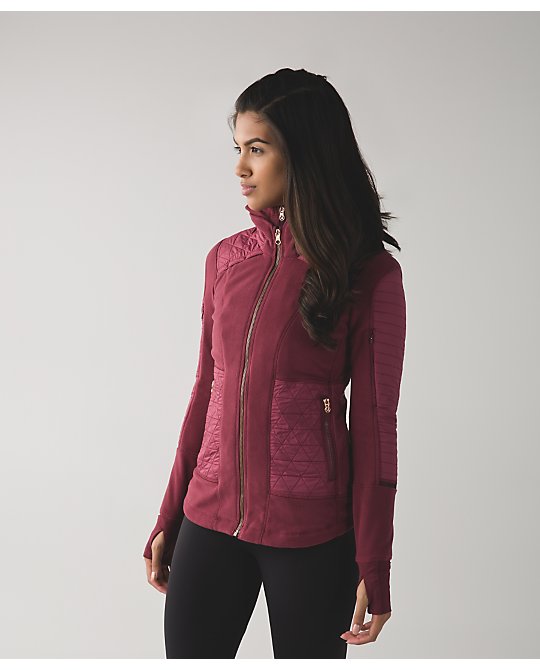 The fleecy keen jacket almost reappeared for the third year in a row.  It’s really nice in wine berry, as shown above. 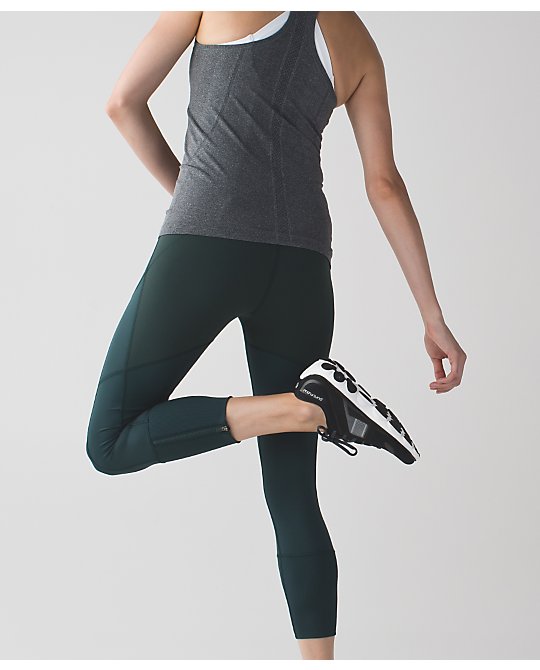 Rebel runner crops are here!!!  Yassssss, as they say.  There are 3 beautiful colors plus black.  I’m ordering dark fuel.  At $88, they seem quite reasonably priced for what are effectively full-length tights on me.  I have last year’s version in black grape and like them a lot, so I would recommend these to those considering them. 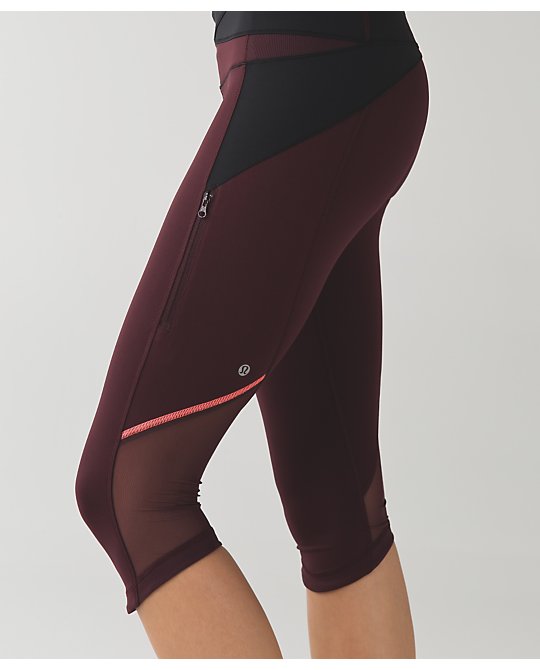 The US got the kris cross crops in bordeaux drama and black that had previously appeared overseas.  There’s something about this style that appeals to me, but there’s enough else that I’m interested right now that I don’t feel compelled to part with $88 for them.  I’ll be watching for them on MD though.

Btw, where the heck are the rain-on train-on DWR coated tights?  They uploaded in Australia and Europe weeks ago.  I had wanted to try them, but it’s been long enough that my interest is fading. 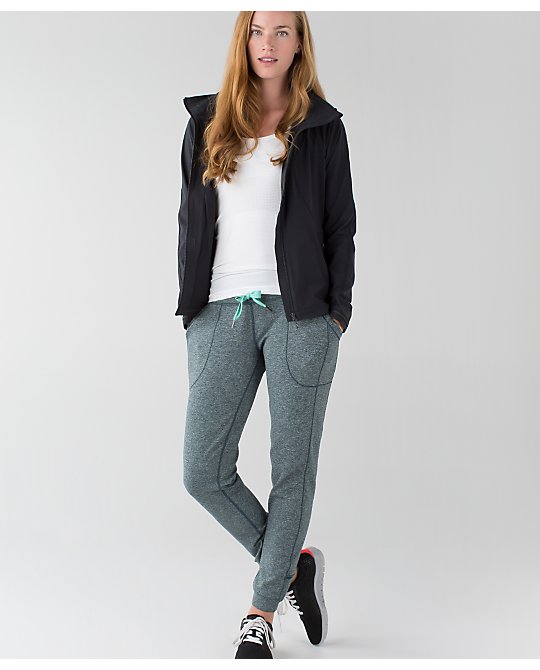 Yes, more cold weather bottoms!  The base runner pants are up, including a heathered dark fuel version I hadn’t seen before.  These are the third pair of bottoms tempting me this week; they always get great reviews for comfort. 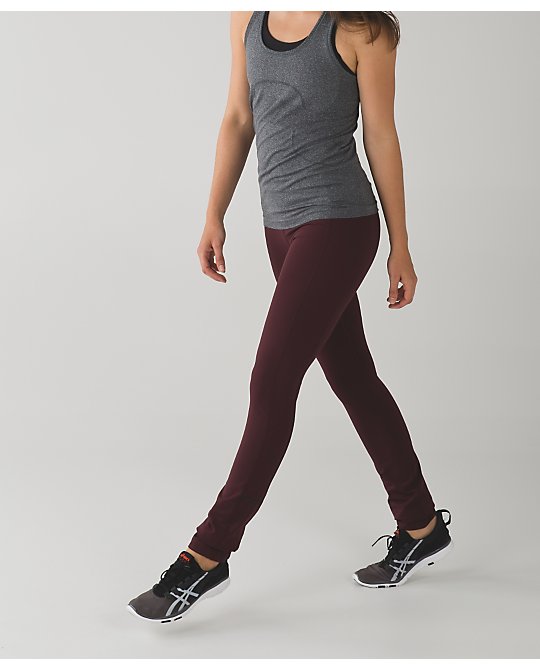 For something slightly lighter, but still cold-weather friendly, can’t stop pants might be your thing.  They are made with brushed luxtreme (which is warmer than regular luxtreme but not as warm as tech fleece) and have a straight leg instead of a skinny leg. (These are in the US only right now.) 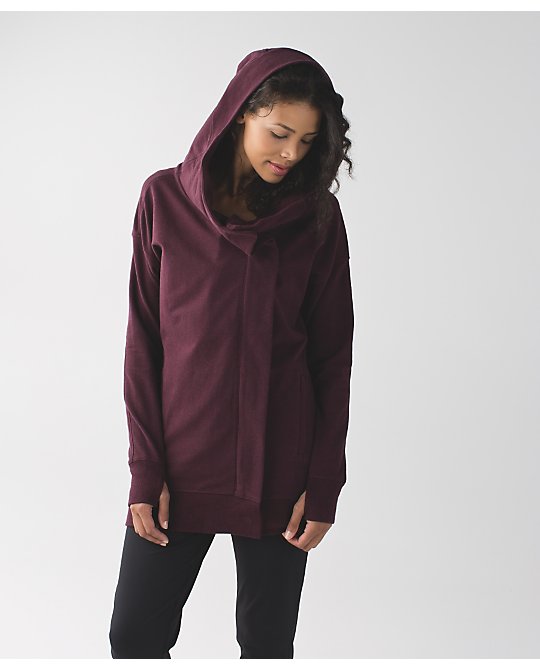 The wrap up jacket is a new cozy french terry layer.  To me it looks like a hybrid of last year’s find your centre wrap and this year’s coast wrap. 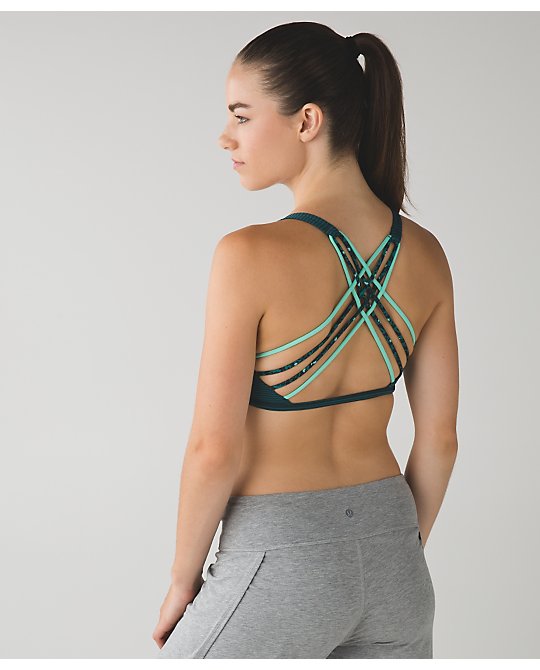 New free to be wild bra in mini pop stripe dark fuel.  If they had just done menthol straps only this would’ve been one of the prettiest FTBWs, in my opinion. 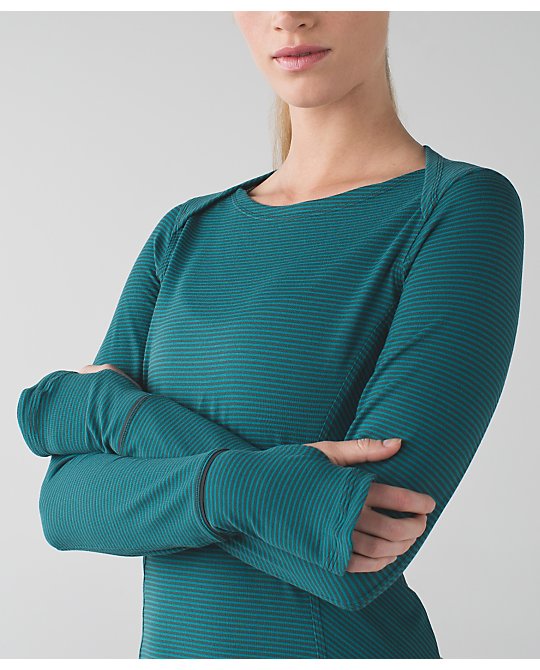 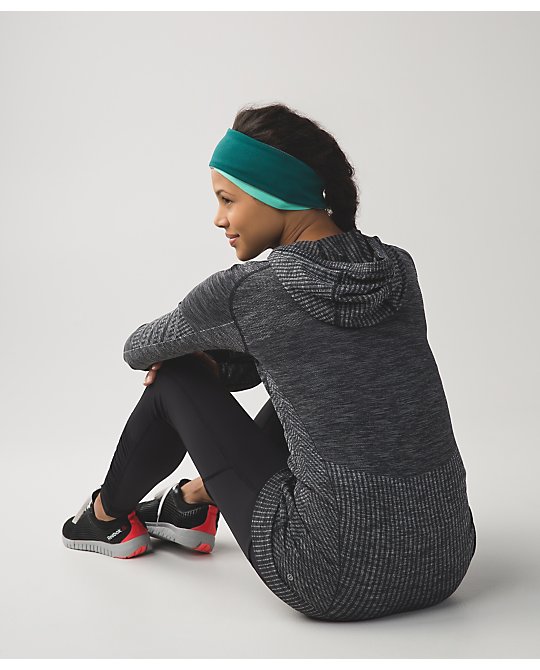 Check out the hoodie shown with this run and done ear warmer.  I think it’s the rest less hoodie, which showed up overseas months ago.  A sign of things to come?  It look so cute in the ear warmer photos. 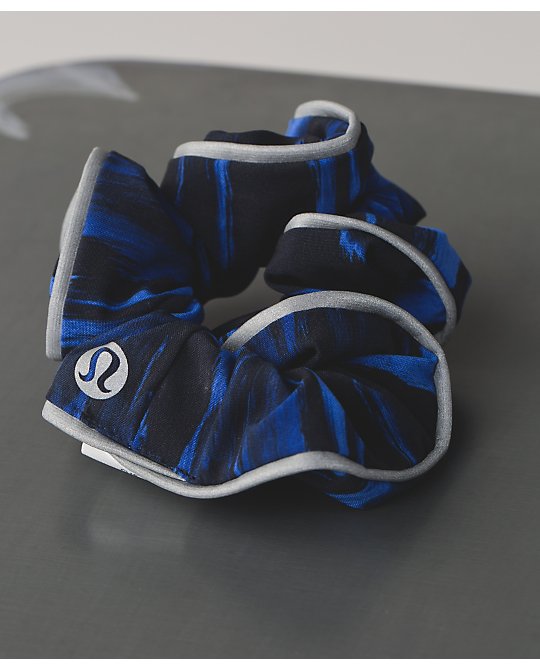 Speaking of headwear, lulu debuted this throw back scrunchie tonight.  A $12 reflective scrunchie to be exact.  Are scrunchies going to be a thing again?  Do people still wear these things non-ironically?  I have short hair, I’m oblivious to these things apparently. :)