Happy fluff day and first official winter season upload!!  I was really looking forward to today’s upload because there were several things I had seen elsewhere that I was hoping to get tonight.   I’m also in a SUPER “buy all the warm things” mood because we’re expected to get up to 6″ of snow (SNOOOW!!) tonight and tomorrow.  Seriously.  I’m going to die.

Unfortunately, most of the things on my “I’m so freaking cold” wishlist didn’t end up going live tonight, but I suppose it’ll space out the spending–hah. 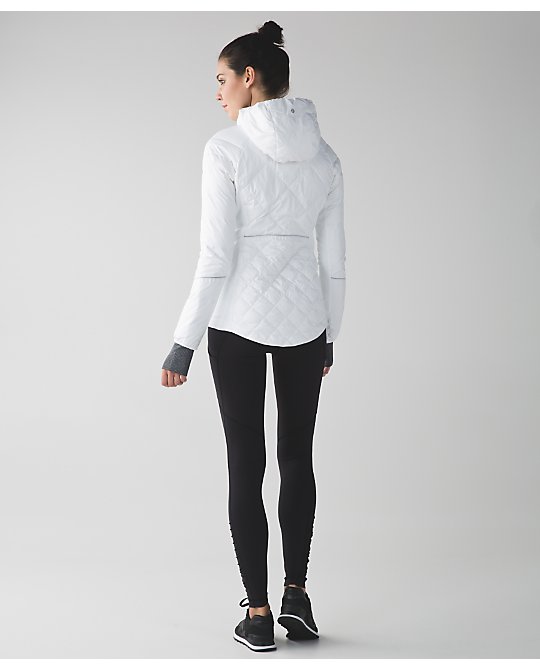 First up: fluffs!  I was curious to see what colors in this down for a run jacket would go up, but so far there’s just black and white. Maybe black grape and forage teal will appear later?  I love white, but for practical reasons I’m not sure if I’d prefer black grape, so I’m not sure what my strategy should be here (hah).

I was especially excited about this down for a run capsule because I’d heard that it was seen in stores in a 2, plus it was uploaded to the UK site today in a 2.  Fluffs have never come down a 2 before (smallest size is usually a 4), so I was sooo excited to be able to get one in my true size for a better fit.  That is, until I checked upload.  Guess what?!  No 2’s.  QUIT PLAYING GAMES WITH MY HEART LULU.

While I’m at it, some other beefs with the down line this time around: 1) no cuffins on the jacket. :( 2) I wish the rulu panels were textured like they were in the fluff off line.  I don’t care about the addition of the hood (I never use it), so if they’d taken that off and replaced it with those details, that would’ve made this line seriously the dream capsule for me. 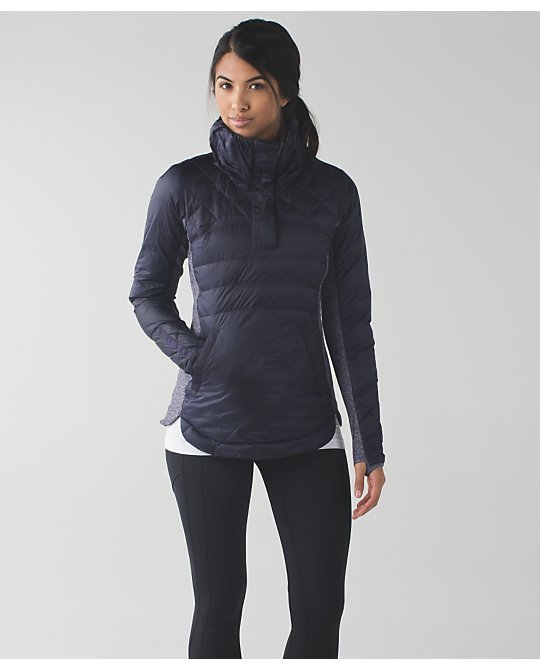 The down for a run pullover is very reminiscent of the older what the fluff pullover, which is a good thing since that was a popular style.  Black grape is my favorite, but forage teal is very pretty too.

I love this forage teal down for a run vest.  I used to not be a vest gal, but now that I have one, it’s SO useful and I wear it all the time.  I think I should probably have more than one, ergo, I should get this vest.  That said, I’m waiting on pulling the trigger on both this and the jacket because I’ll have to see about getting my true size from a store. 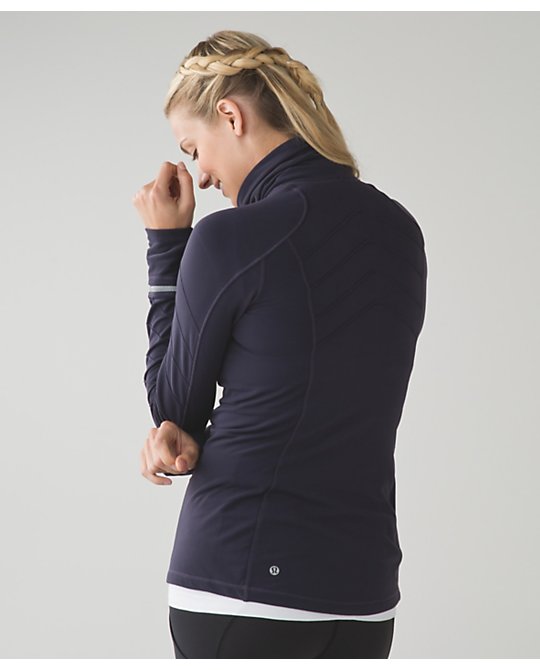 New face the frost 1/2 zip!  Colors are black grape and tender violet.  This is tech fleece–I’d been waiting for a tech fleece PO.  It’s only in Canada right now (it’s also in Canada stores), but when it comes to the US I’m going to have to try it.  The fit looks kinda “meh” on the models to me, so I’m hoping it’ll be a little more flattering when I get my hands on one. 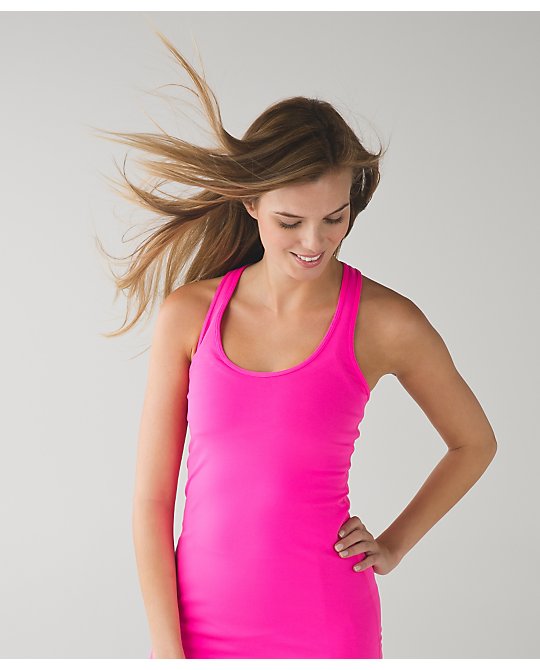 I’m glad to see raspberry glo light is back this season–Canada got this cool racerback tonight.  Beware, though: raspberry glo has had bleeding issues in the past, and I’m not sure whether lulu has done anything to fix that. 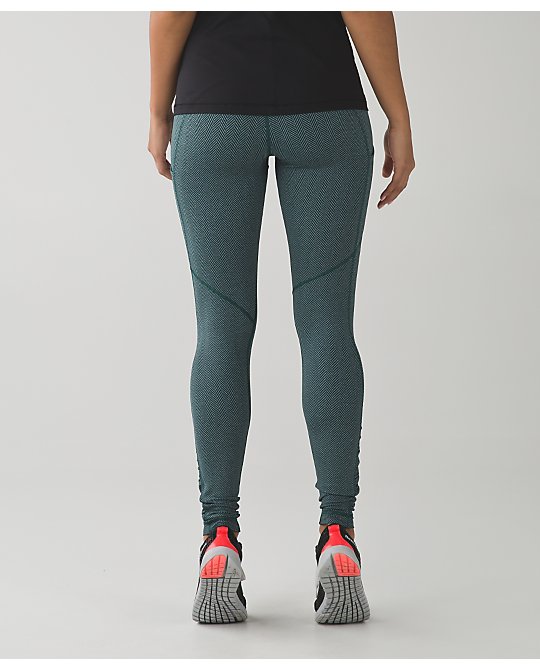 Check this out: colored herringbone, yes!  These are forage teal herringbone speed tights (US only).  There was a black swan (aka black grape) herringbone release a few years back, and if that returned it would be amazing.  Unfortunately, I’ve noticed in stores that lulu’s textures seem thinner and less soft this year as previous years, but it might still be worth it for black grape.  But I’m getting ahead of myself. 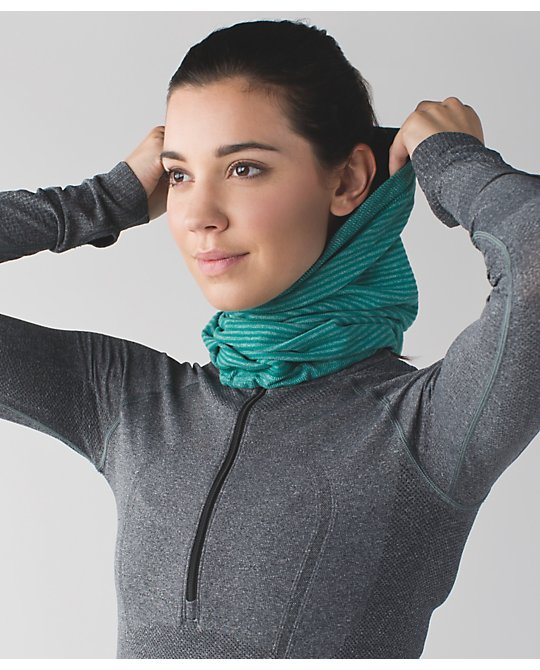 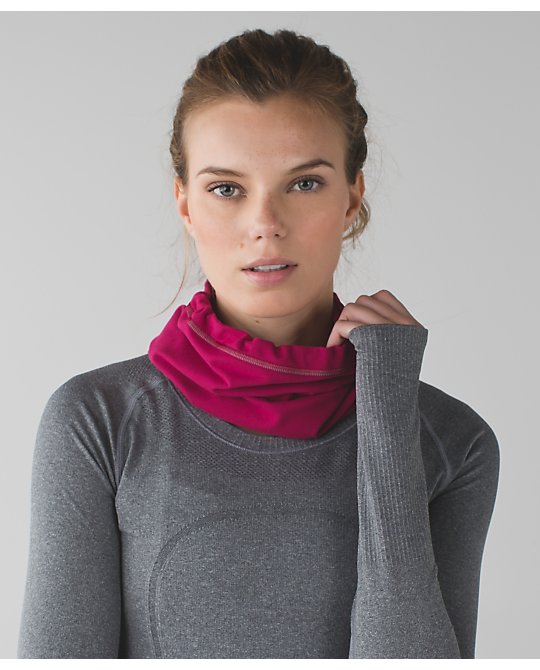 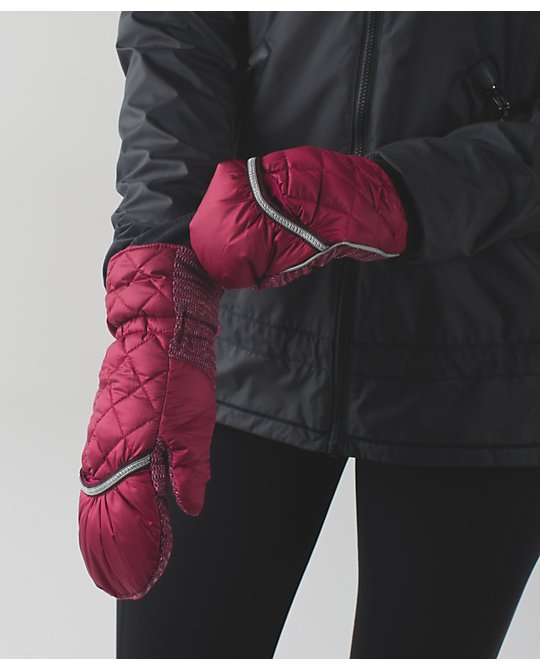 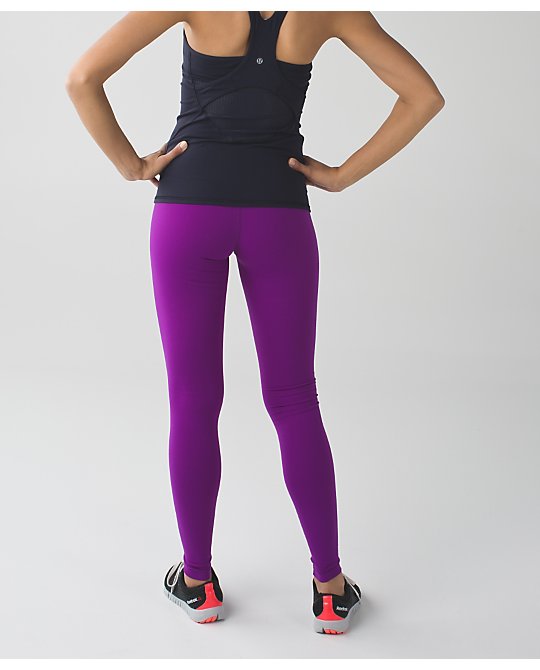 Tender violet is a new color for this month, though it’s an older color that’s been released before. Here it is on wunder under pants uploaded in Canada.  Canada got lots of tender violet this week, but US got nada.  We didn’t get any raspberry glo or berry rumble either.  Lame.

Canada got the rest less hoodie (shown in tender violet).  This style is new to North America, though it popped up down under a while ago.  The color story this month is getting pretty girly with these pinks and purples. 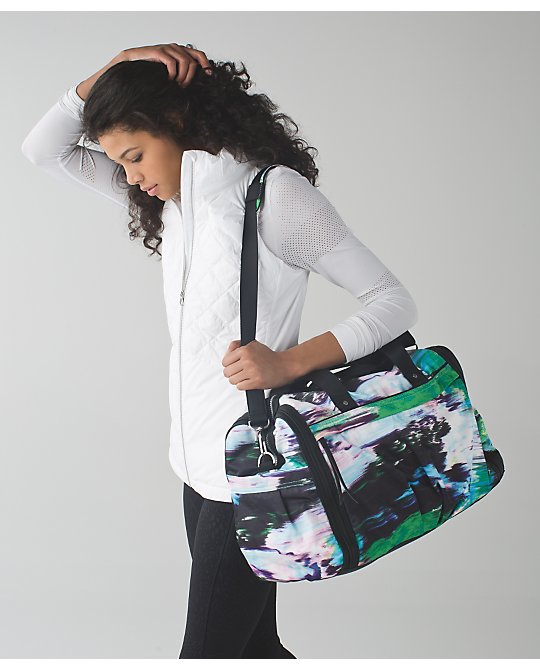 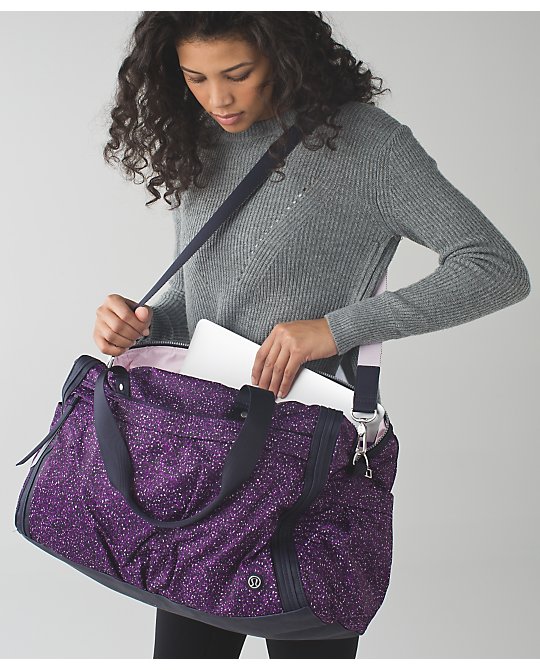 New bag and two new prints: urban warrior duffel in pigment wind dragonfly (US only) and flashback static powdered rose tender violet/black grape.  I’m wondering if this duffel will be the bag of the season instead of the weekend warrior they released the last two winters.