Lulu is continuing their recent trend of changing and replacing a large portion of their core collection.  On top of the brand new groove pants revamp, the 105F singlets have been changed, plus the dance studio jacket, dance studio crops, and pace setter skirt are all being replaced. 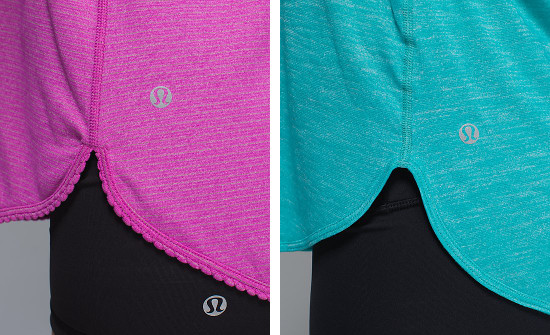 The 105F singlets have recently been changed again.  The scalloped edges have been replaced with straight edges.  This was actually how 105F’s were made previously, but the scalloping has been around for the past year or two.  I’m not aware of any quality problems with the scalloping, nor am I aware of any feedback from fans who disliked the scalloping.  I think this decision may instead be driven by lulu’s general reduction of feminine details–most ruffles, ruching, scalloping, and the like have gradually disappeared over the past couple of years.

Additionally, the fabric now appears almost space dyed instead of the subtle silverescent stripes in the previous version (the newest version is still silverescent, though).  Some have said the fabric feels different and more delicate to the touch.  Many have also said that the new version has a lower cut neckline.

Several of the scalloped 105F’s are currently on WMTM, although only in sizes 8 and up.  There are still a few scalloped versions still available in the full price section as well, although again, not in all sizes. 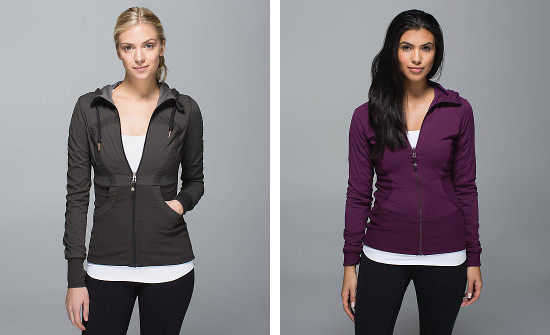 The dance studio jacket is being phased out in favor of the in flux jacket.  Many people, myself included, have remarked how similar the in flux jacket looks to the DSJ, and apparently this is no coincidence.  There are still a couple DSJ colors available online before this style disappears. 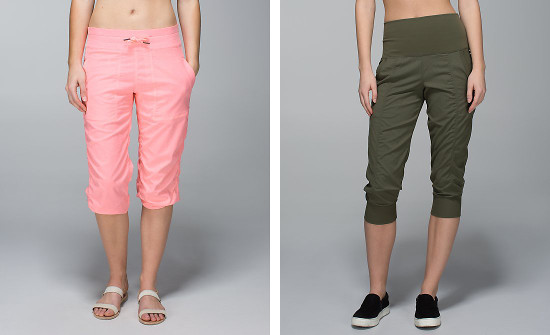 Likewise, the dance studio crops were discontinued last summer.  Apparently, the in flux crops are designed to be their replacement.  This presumably means we’ll be seeming more colors in these crops.  I never did like the look of DSC’s, so I think the new crops are an upgrade.  Also, the introduction of the soft fold-down waistband on the in flux crops means no more rolling waistband issues.

Since the DSJ and DSC are both being replaced, I wouldn’t be surprised if the DSP’s also get switched out for “in flux pants” to round out the trio.  I haven’t heard or seen anything about this yet, but with these other changes, it wouldn’t surprise me if the pants got the ax, too. 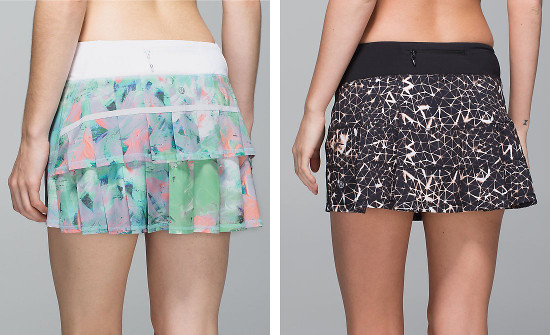