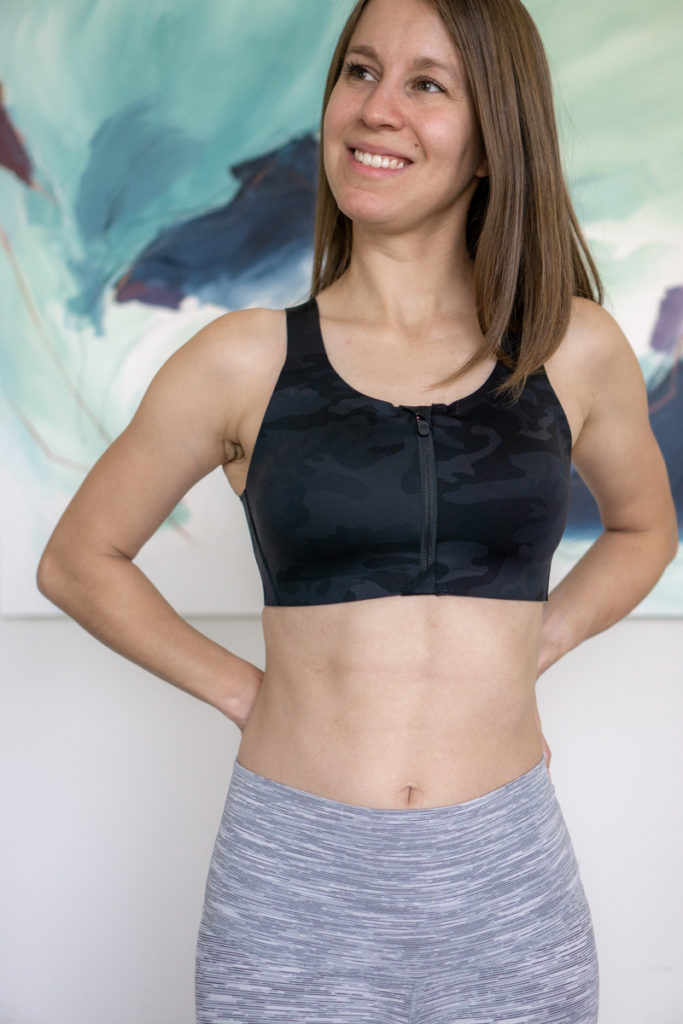 Lululemon’s enlite bra is currently billed as their ultra high-tech, ultra supportive sports bra.  It’s also one of the few they offer in band/cup sizing instead of their normal numerical options.  When this bra was released a couple years ago, they hailed it as thoroughly tested and meticulously designed. 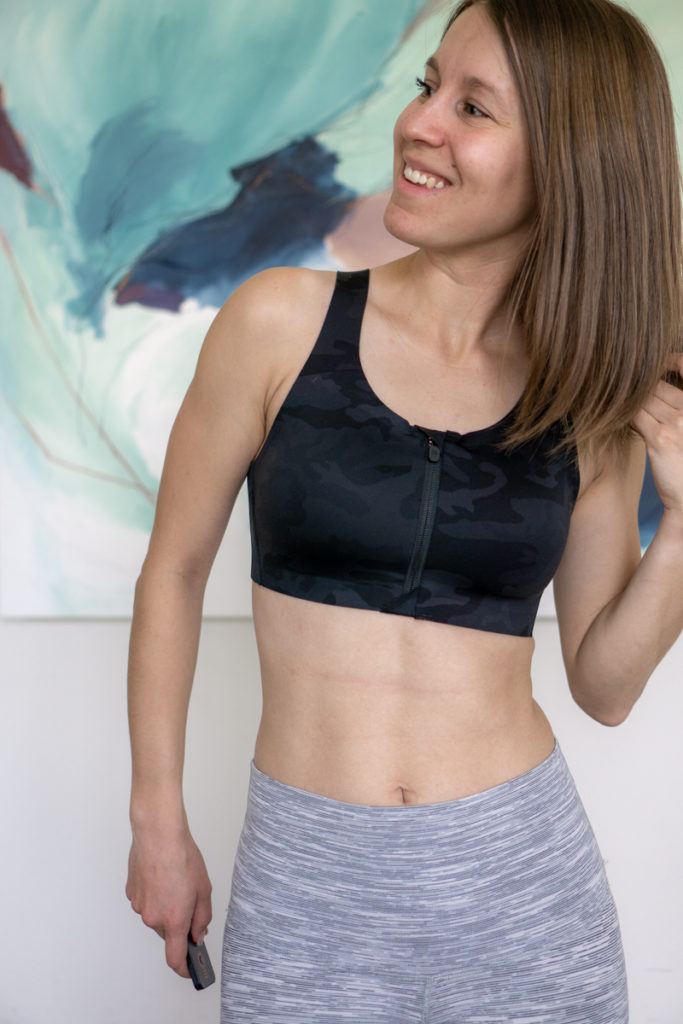 At first, I didn’t buy the enlite bra because of sizing.  The size offerings in this bra are limited, and my band size (30) is not offered in the version I am wearing.  That said, I had read some reviews that suggested this bra runs small, so I decided to give it a shot.  I bought a 32C.  After I bought and tested this bra, lululemon released a variant of the enlite, called the enlite weave, which is available in extended size offerings (band sizes 30-40).  Just my luck.  I haven’t tried the newer version in my true size yet.

Now that I’ve tried it for myself, I don’t agree that the band runs small.  While the 32 band is somewhat workable for me, I would definitely prefer a smaller band.  With that in mind, I personally do not recommend sizing up in the band. 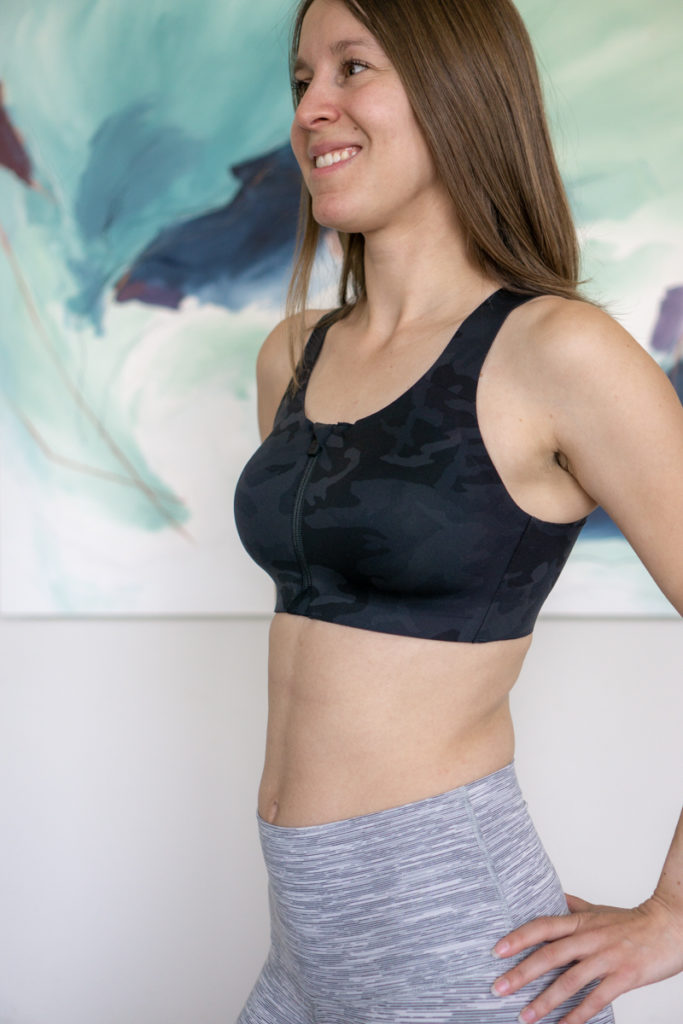 I was also surprised by how generous the cups are.  I am between cup sizes and I ordered the smaller of the two sizes, and there’s still plenty of room.  The cups use encapsulation technology, which means each breast is supported separately.  The cups are very structured and shaped.  The top of the bra is intended to completely encapsulate all sides of breast tissue.  Between the coverage and the shaping, this bra offers plenty of modesty if you like to wear it on its own.

I sometimes run in a sports bra without a shirt, so it’s valuable to me if a bra looks like a sports bra instead of like underwear. (Even though, yeah I know, it kind of is underwear.) Many high impact bras are frankly kind of hideous (all function, zero style), but the enlite bra definitely wins points for its sleek look.

I like the addition of the zip front.  Although lulu offers a version with no zip, I think I would have a very hard time getting it on and off without it.  Take note that the versions without a zip have slightly lower coverage

Another major plus of this bra is the fabric.  It’s silky and plush and feels good against the skin.  The shaping and fabric in the bust area is somewhat thick, plus the coverage is relatively high, but overall it still breathes well. 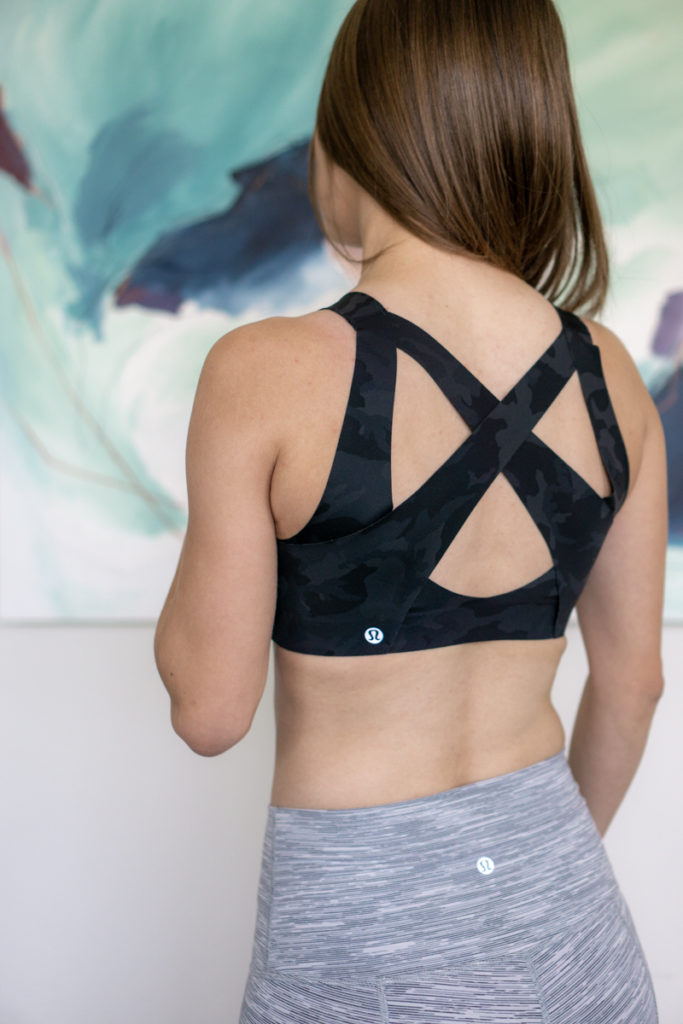 That said, where this bra falls short is adjustability.  For a high support bra, it’s common to see some options in adjusting the band or shoulder straps, but the enlite has neither.  As a shorter lady, I usually need to tighten shoulder straps, and this bra definitely feels too long over the shoulders.  If you look at the photos from the back, you can see a couple places where the straps pucker out a bit because they’re not totally tight.  Note that the enlite weave version I mentioned earlier in this post does have the addition of 3 hooks in the back.

Another major consideration with the lack of adjustments is longevity.  No matter how well you care for them, bras always stretch out over time.  Not having the option to tighten this bra as it ages means you’ll likely need to replace it sooner, which is particularly painful given its high price point.

I went for several runs in this bra, around 6 miles at a time.  It provided pretty good support, but less locked down than others in my repertoire.  Remember, though, I had to size up in the band, which is a pretty big caveat. 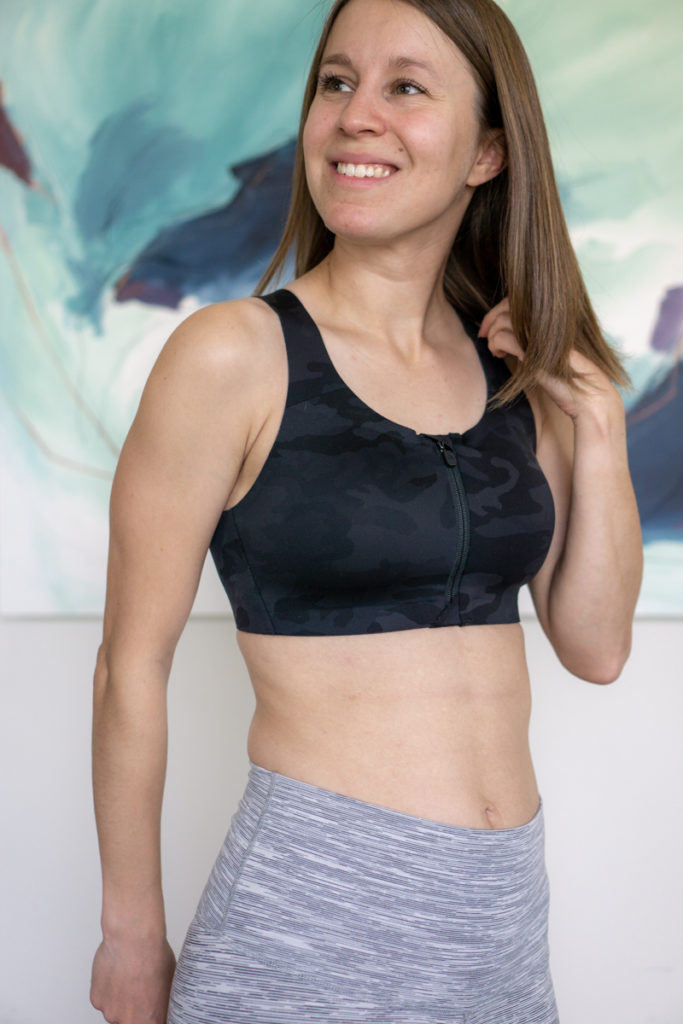 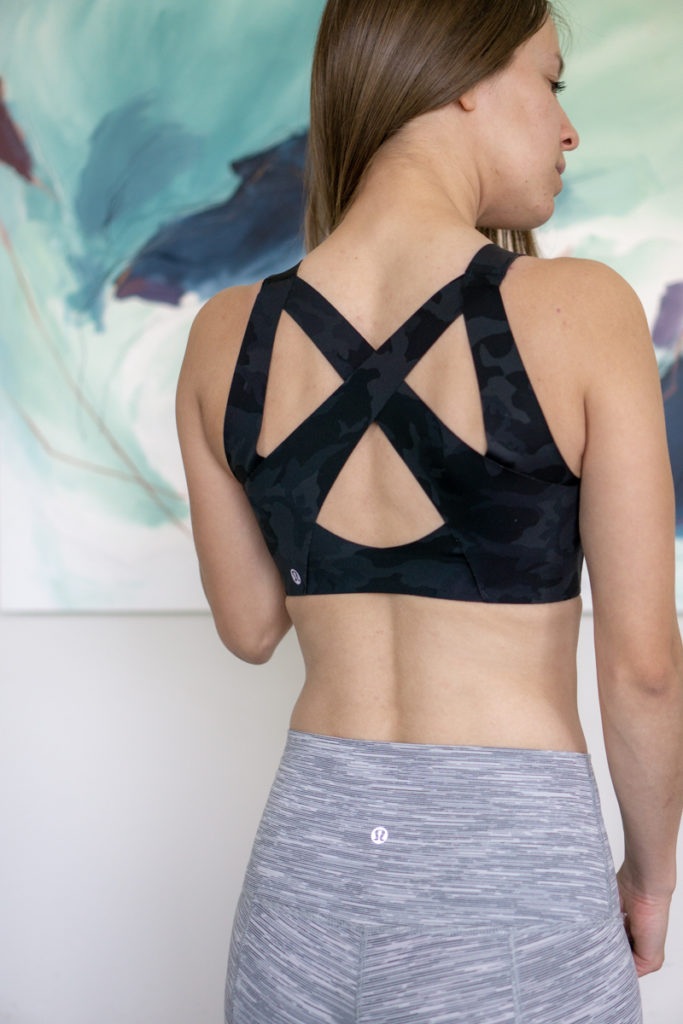 Overall, I think lululemon’s enlite bra is good, but not great.  With a painful price tag of $98 for no zip front and $108 for the zip front as shown in this post, it’s one of the most expensive out there.  In my opinion, it does not offer significant benefits compared to less expensive high impact bras.  For example, SheFit’s bras are similar in style and performance promises, and personally I think SheFit’s offerings are substantially better than the enlite.  SheFit’s are adjustable for a better fit, provide better support, and cost about $30-$40 less a piece.

While the enlite has some pluses, I don’t think the positives are enough to justify the price tag when other styles do just as much or more for less.  With that in mind, I doubt I will buy more of this bra, with the possible exception of trying my true size in the new version.

If you’d like to try the enlite bra for yourself, it’s currently available in 3 versions: zip front, no zip front, and the enlite weave (has hooks).