Update: are you looking for a 2017 online warehouse sale?  You’re in luck!  Below is an old post, but you can shop lulu’s current warehouse sale right here.

The much-anticipated lululemon warehouse sale is here!  I wanted to post this ASAP for those of you who were waiting, but I will update this post shortly with screencaps and commentary.  May the odds be ever in your favor! :)

Overall, I was underwhelmed with the sale.  I was hoping to score some rulu tops and maybe some swiftlies, but there was NADA.  To save on time, I sorted by my size so I could act fast.  That cut the selection down substantially, and there really wasn’t anything tempting.  For the most part, it was pretty much a sad march of shame for the year’s generally mediocre designs, with a modest amount of some core items sprinkled in.

The sale went up about 8:20p Pacific time (thank goodness I didn’t have to stay up late for this!), and according to when I saw it, it started with 142 items on US side and 126 in Canada.  The sale is set to end Friday unless everything sells through.  In the past, they have sometimes dropped the prices as the sale goes on, but there are no guarantees of that. (Update: prices are dropping!  Some of the drops are already pretty hefty.) Here are some screencaps (NOT exhaustive). 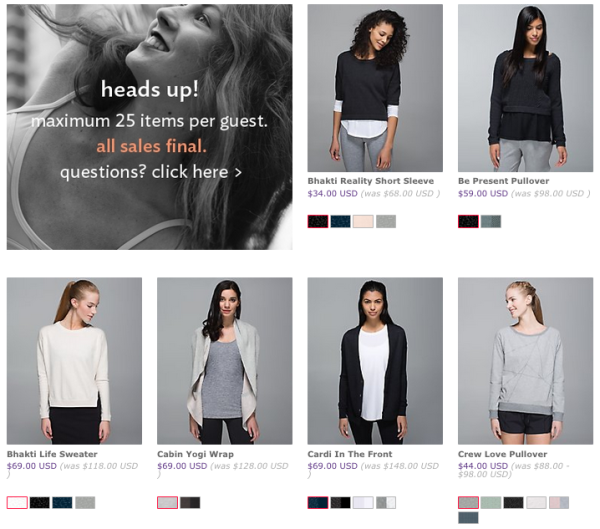 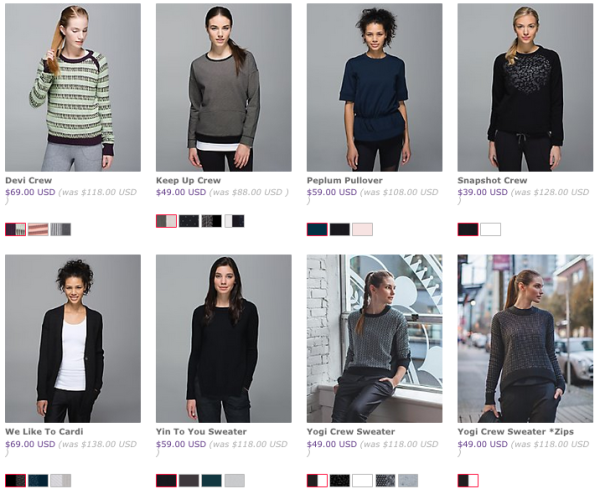 A veritable crapton of sweaters to be had.  Apparently they made way, way too many yogi crew sweaters.  Those were on MD for ages this winter/spring, and are back up yet again. 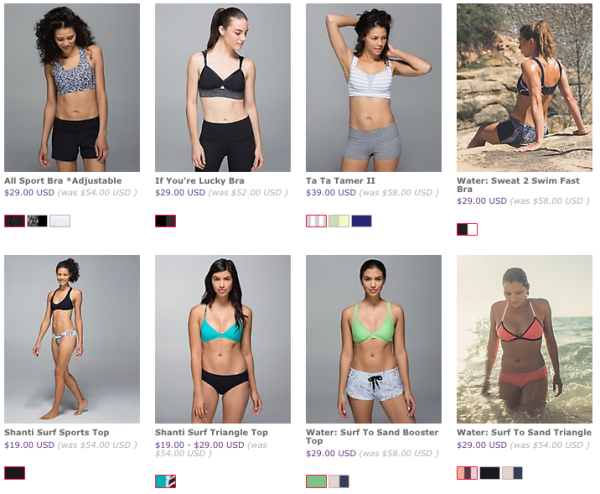 Quite a bit of swim ended up on the sale.  Lulu HQ had said swim did well this year, but apparently not well enough to save some leftover stock from a half off fate.  It’s also late in the swim season, so MD’s are probably necessary to get the last bits to move before people stop thinking about swim altogether. 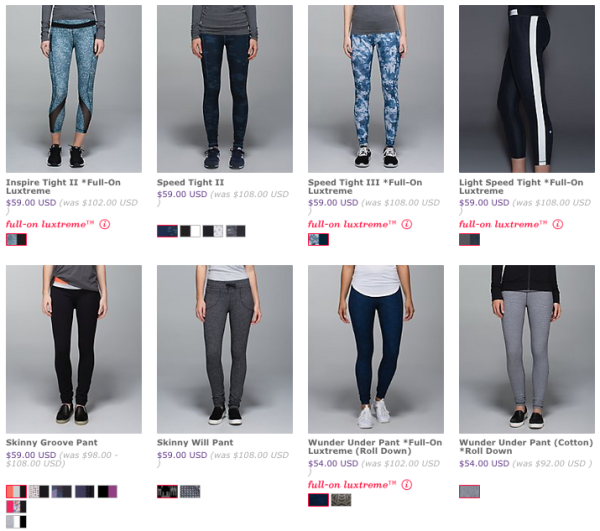 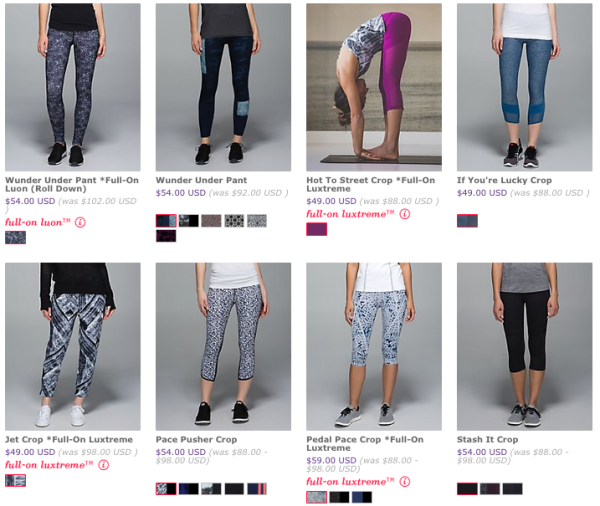 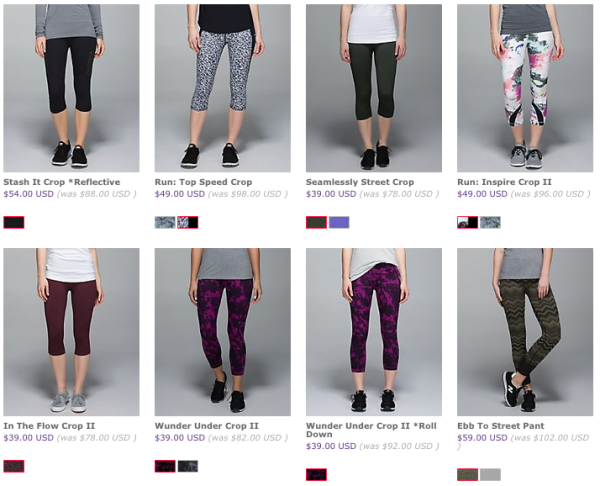 Lots and lots of yoga and run bottoms. 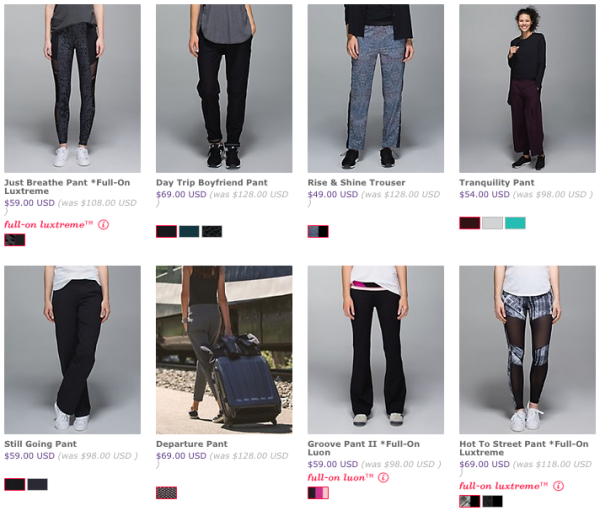 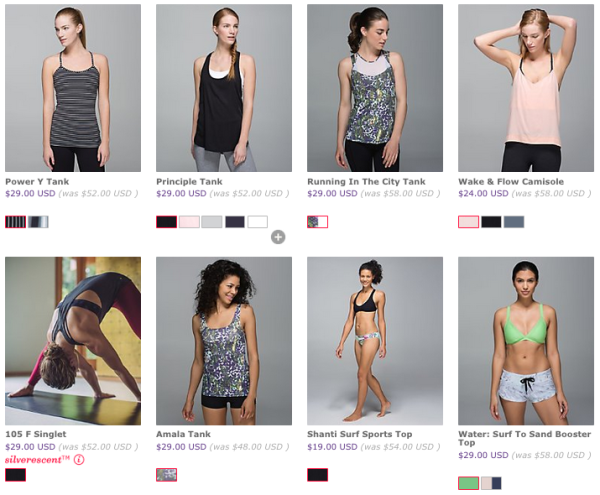 Some recent releases already MD’d, including the wake and flow cami and the running in the city tank.  The amala tank didn’t even get added to the site at full price, which is surprising since floral sport is a current color.  Also, looks like the 105F’s are making one last curtain call here. 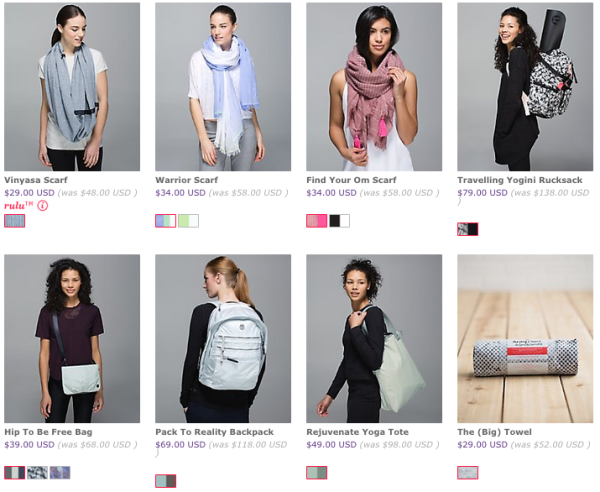 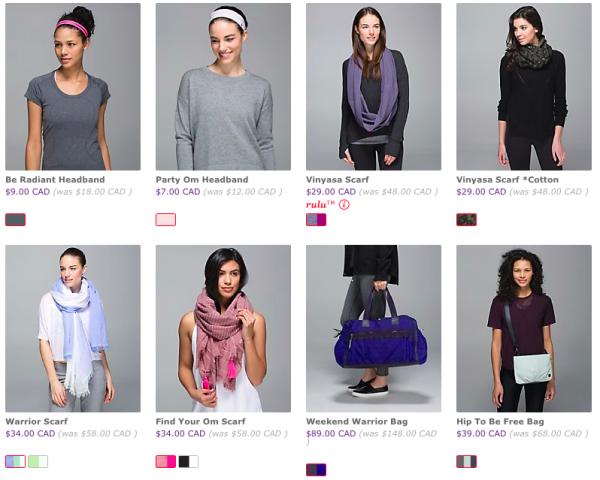 Canada’s accessories were pretty good, too.  They got the pigment houndstooth weekend warrior for $89!

Check out the full warehouse sale →