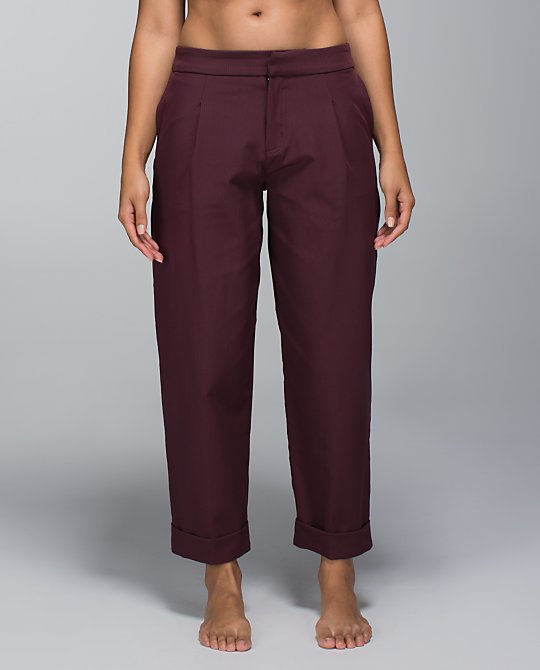 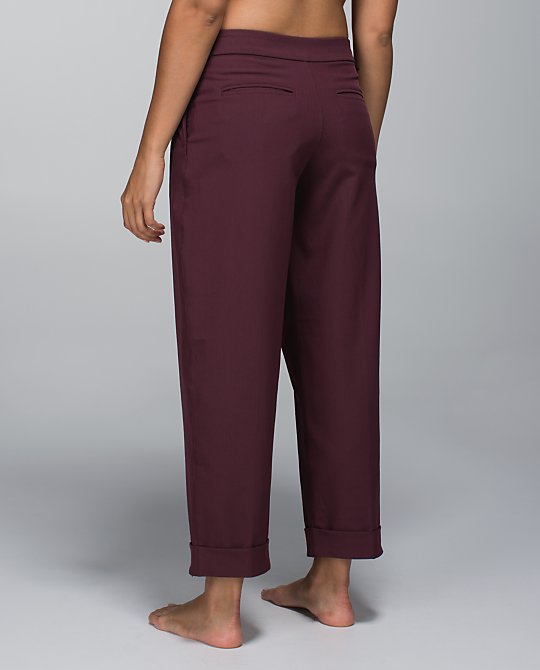 New agogo wide legged wonder pants.  They come in black and bordeaux.  Interestingly, they’re made of the ascent fabric, which is from the men’s line (not sure if women’s pants have been made with this fabric up to this point).

But seriously, what did I JUST say last night?  Lulu is all about crop tops and excessively baggy pants.  How many ultra-baggy pants can they make in one 6-month period, really?  These don’t have a dropcrotch, but…small consolation.  Maybe these will look good on the right person with the right proportions but they look downright catastrophic here.  If these were a tailored fit (not skin-tight but not loose) they might actually be a really nice crossover pant. 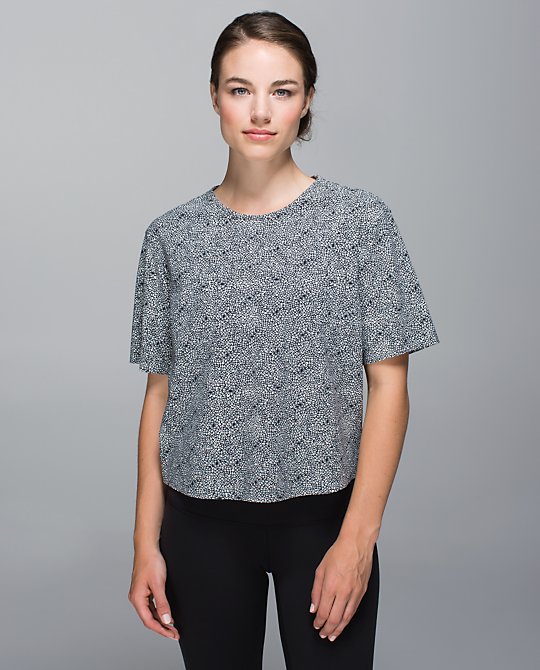 Oh hey speaking of cropped length tops!  Also in the agogo capsule: good to go tee, in plush petal and bordeaux.  It’s made of “swim” fabric–alright then.  The baggy half-sleeve thing seems to be a popular motif also.  This is another one that doesn’t look good here but might work in the right context. 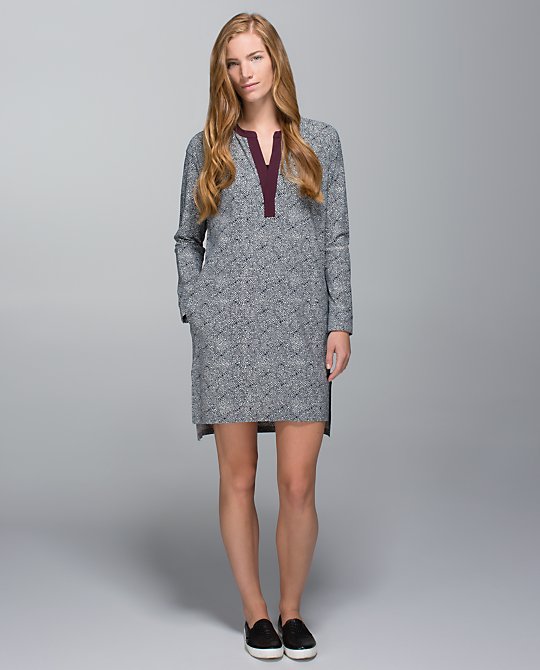 The effortless dress rounds out the oversized agogo capsule.  Like the top, it’s made of swim fabric.  At the risk of stating the obvious, looks like you might need to size down 1-2x to get this to look nice.  Base d on Britt’s picks last week it might be in stores today, so maybe we’ll see some flattering takes on this. 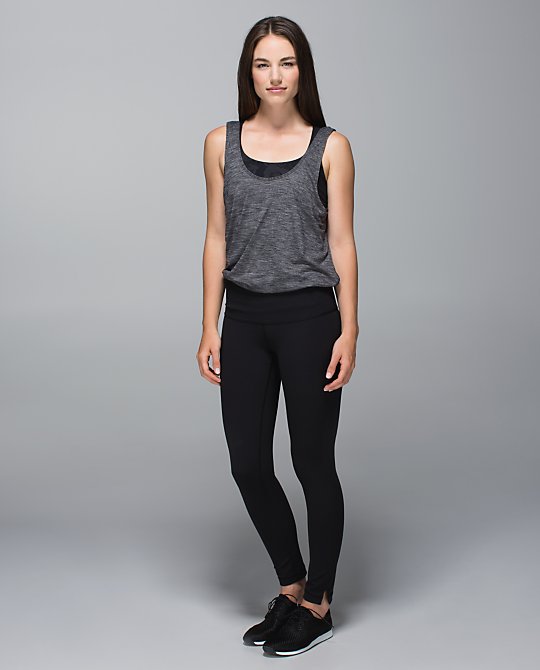 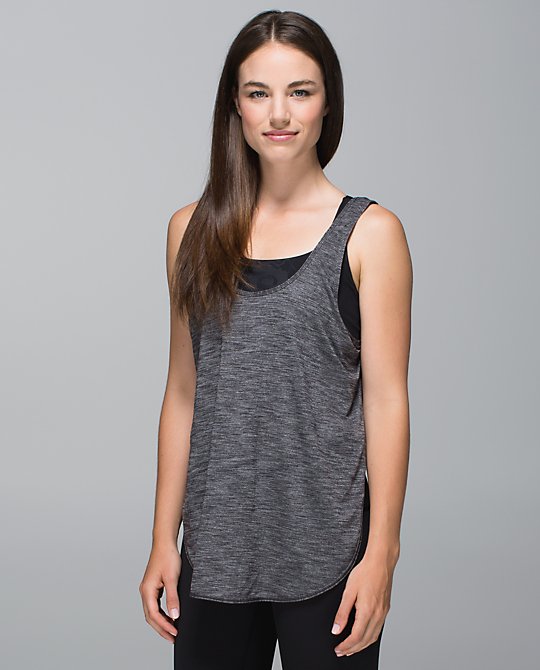 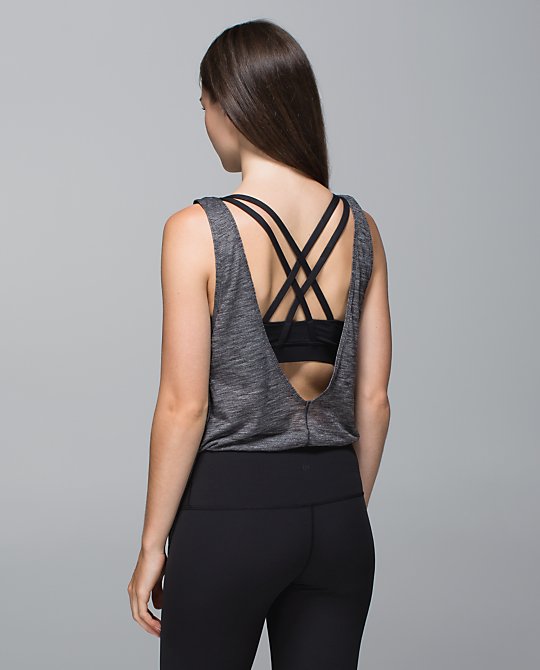 Here’s an interesting piece: flip your dog onesie.  It includes the tank and the tights, and I think it only untucks in the front and is attached in the back.  Also, the tank portion has loops that attach to your bra (no idea where these are–they’re not pictured), which is an interesting idea.  Between this and the vestigan from last night, it seems like lulu is trying to venture into the “2-for-1” territory. 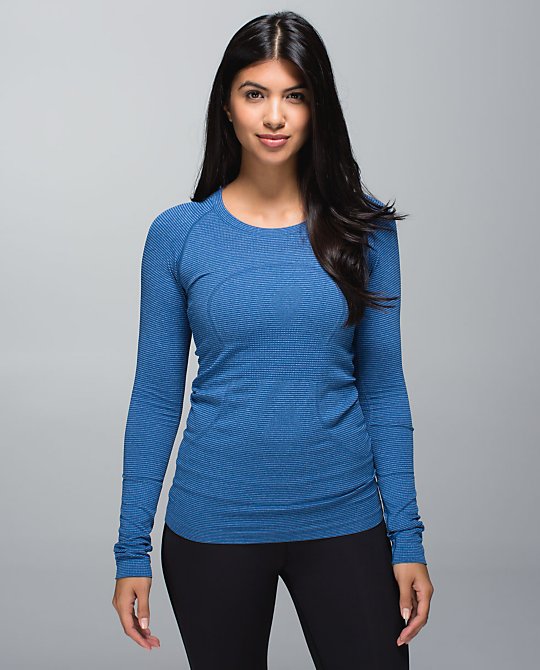 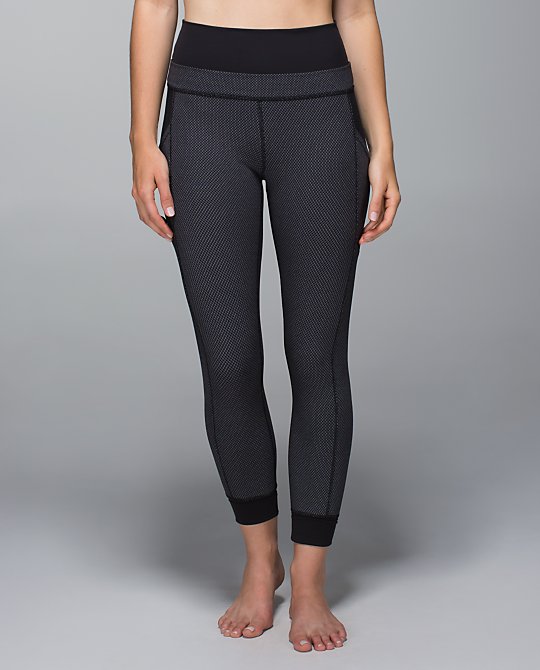 En route crops look like they might be back.  These were out last fall.  Looks like a new run because these are diamond dot, which I don’t think were released before and is a colorway that lulu is doing a lot of right now. 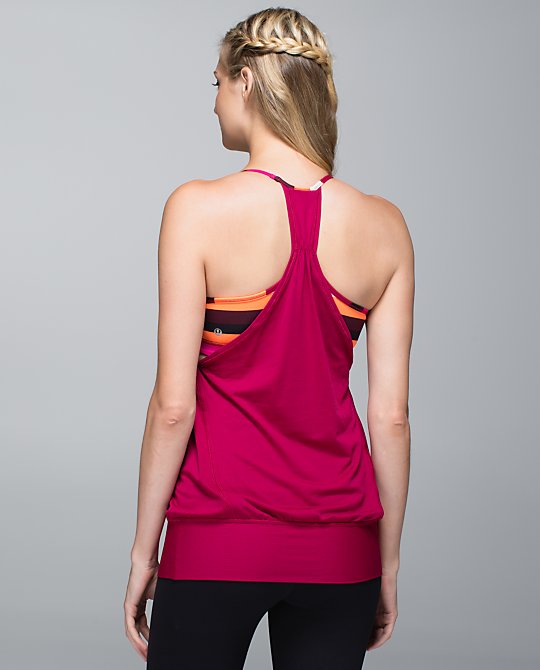 The no limits tank isn’t dead yet!  It was made in bumble berry/blossom stripe–maybe its last hurrah?