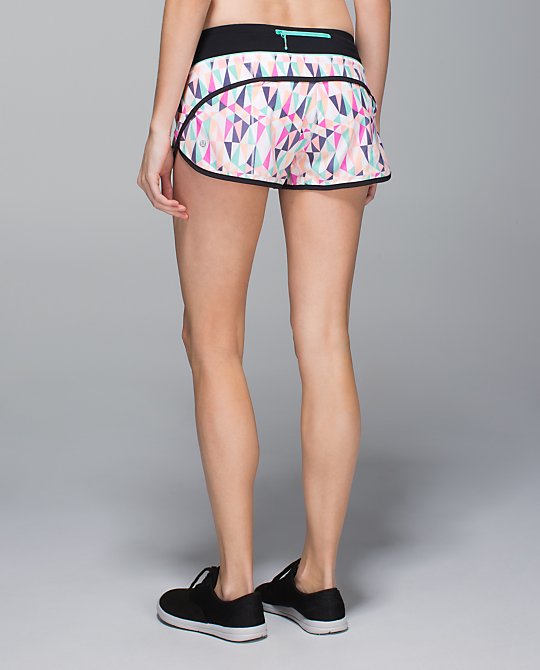 After the white/pow pink light/menthol free to be bra showed up in Canada last night, lots more in the same print appeared in Australia, like these new speed shorts.  They are 4-way and there is no size 2.

Not sure if it’s a good sign that Canada got this bra considering they also got bras in slate lotus camo and gusto subtle serpent but we’ve yet to see more of any of those.  Lulu usually starts releasing some things for spring in January so maybe they’ll start turning up then, if not sooner?  Aus stuff has been so great that it’d be crazy if they didn’t release it all in North America. 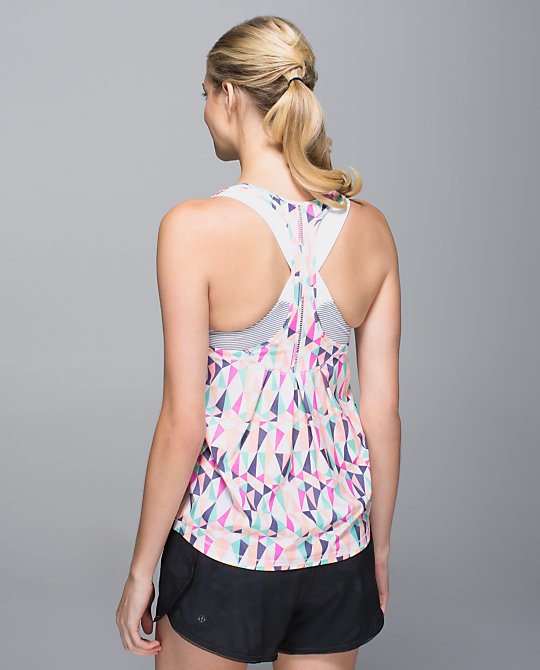 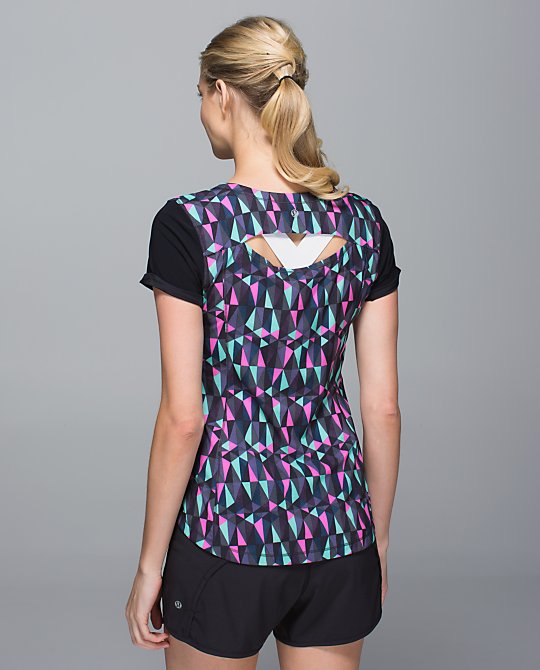 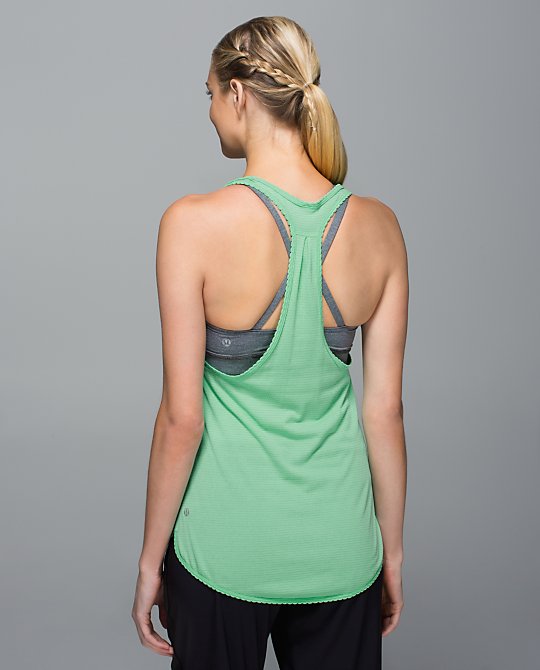 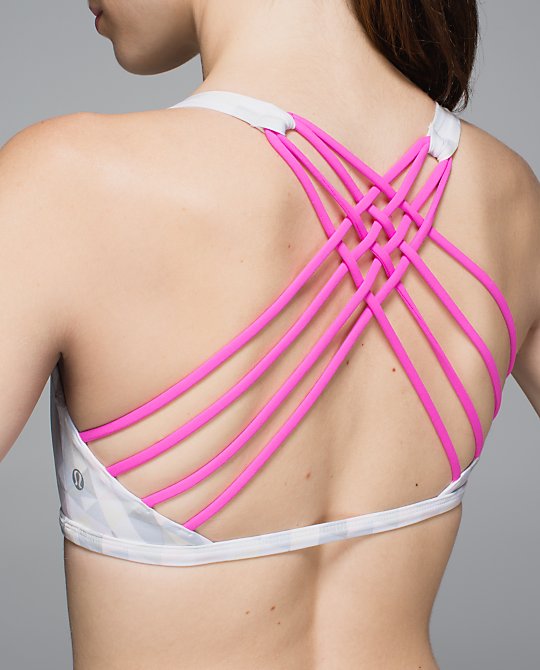 Free to be wild bra in white stained glass love–I believe those are pow pink light straps.  This looks a lot like the silver spoon/zing pink light FTBW from a few months ago. 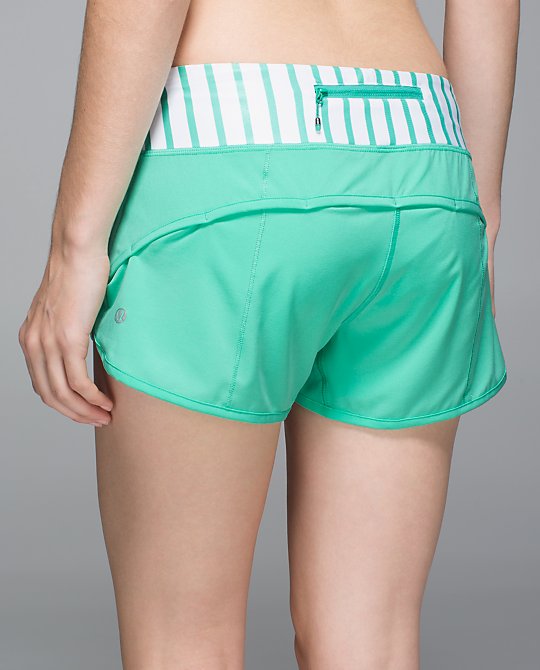 So these menthol shorts are labeled as run times but they are clearly speeds.  Go see for yourself.  Awkward. 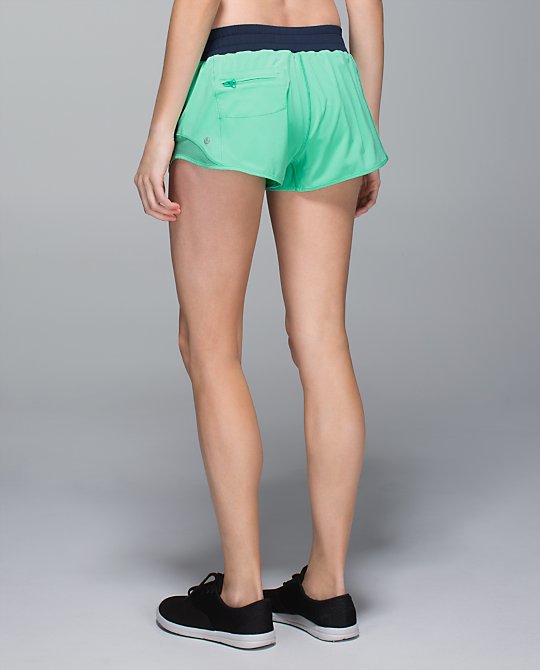 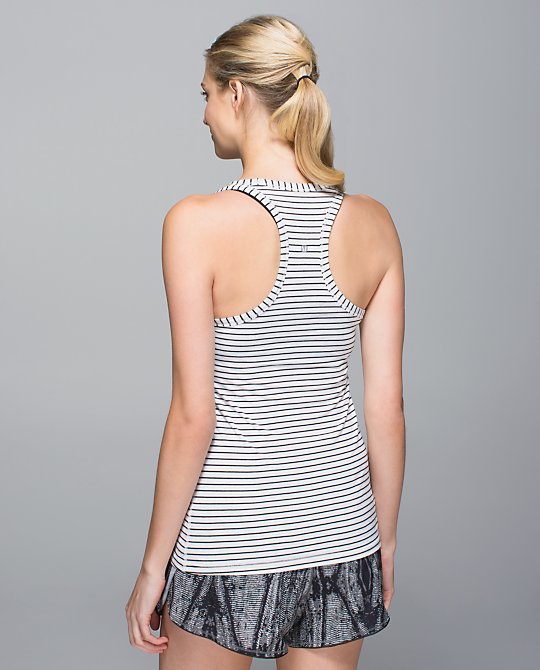 The modern racerback appeared in a couple new colors, including “inverse” parallel stripe, i.e. white with black stripes.  Maybe we’ll see more of this?  It’s very reminiscent of the cult favorite quiet stripe, which is white with deep indigo stripes.