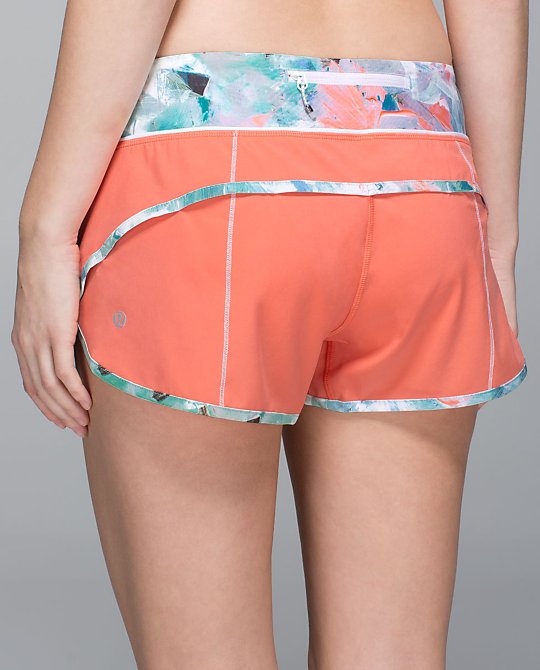 BTW–the store that told me the color code on the first appearance of this pattern (the inspire crops) said it was brushed illusion, but it turns out it’s actually blushed illusion.  Sorry about that!  I’m correcting all my previous posts. 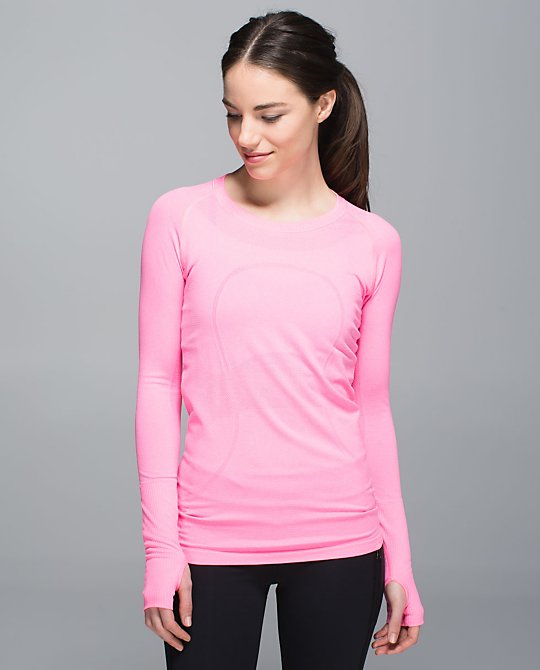 Neon pink is back in a swiftly long sleeve.  There was a swiftly racerback and short sleeve that came out over the summer, but this color looks waaaay different–lighter, much more of a true pink, and less orange tones. (Here’s a pic of the first neon pink to compare.) 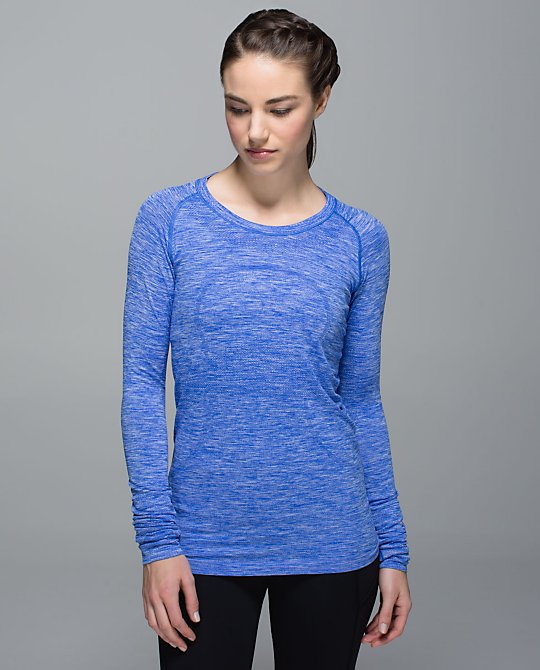 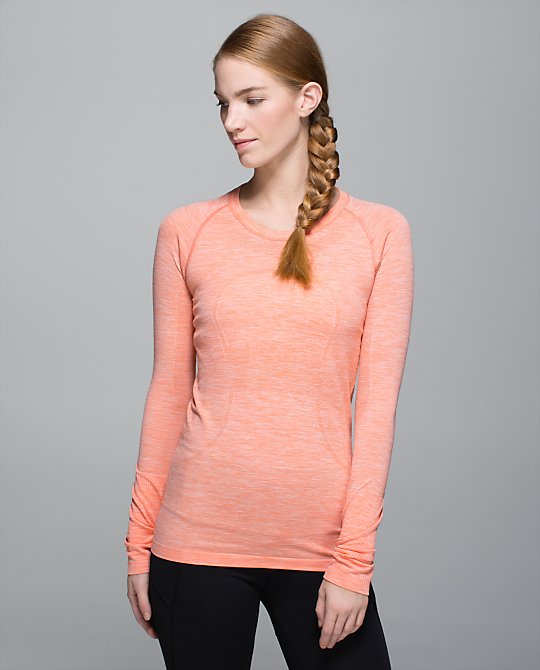 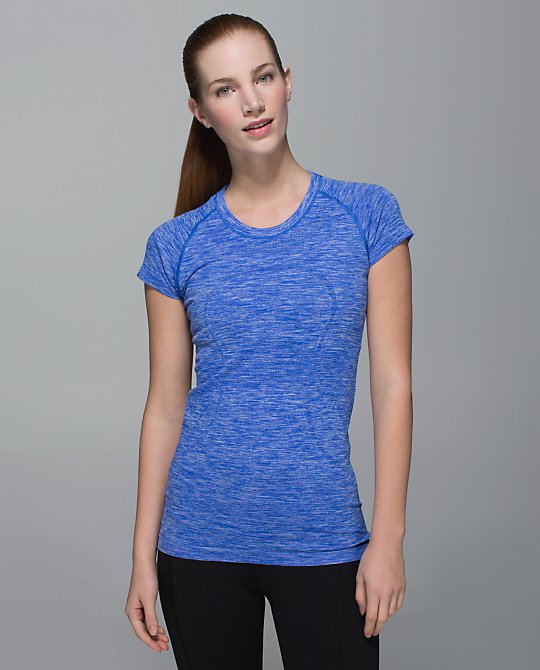 More swiftlies!  These were all in the pic from an Aussie store this weekend: new space dye harbor blue and plum peach.  There’s also a plum peach SS. 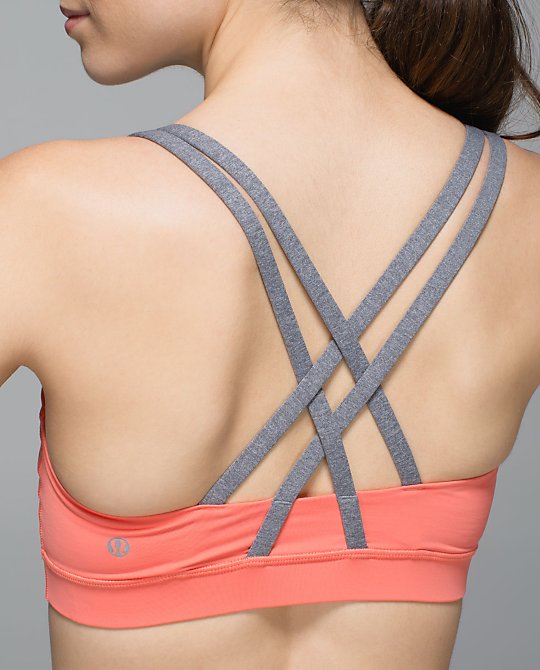 Speaking of those Aussie pics, there was this new bra in the picture as well.  It’s plum peach/heathered slate. 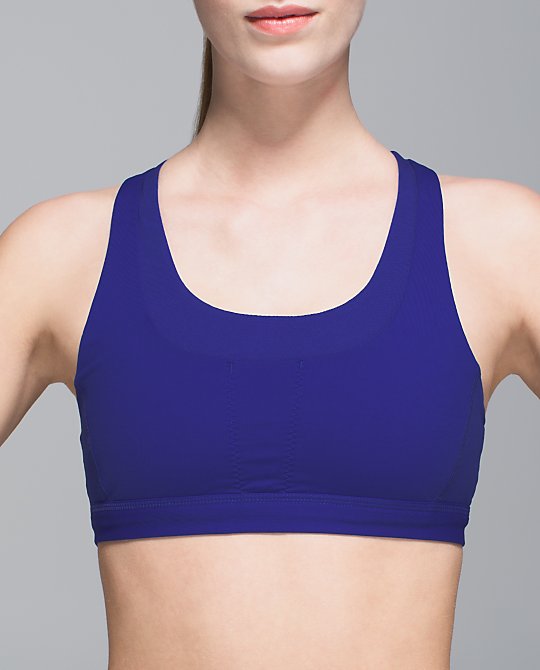 The stuff your bras also uploaded.  This is a nice pic of the true shade of harbor blue.  Love! 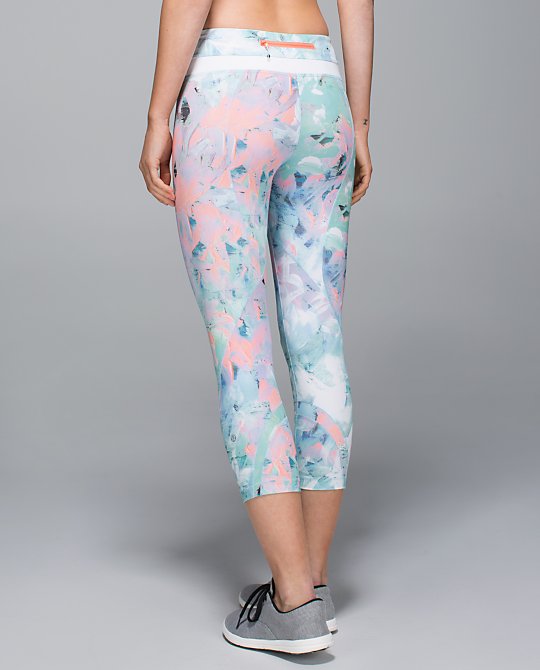