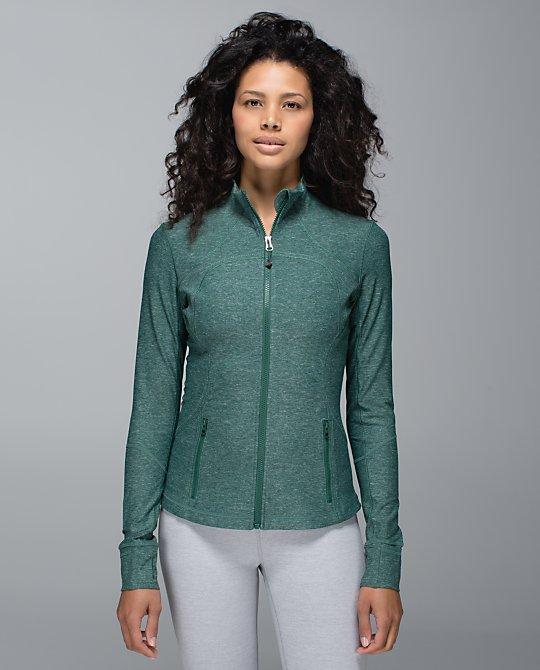 Australia got a new heathered forest green forme uploaded. (Surprising, since we already have seen solid forest.) This has been spotted in stores. 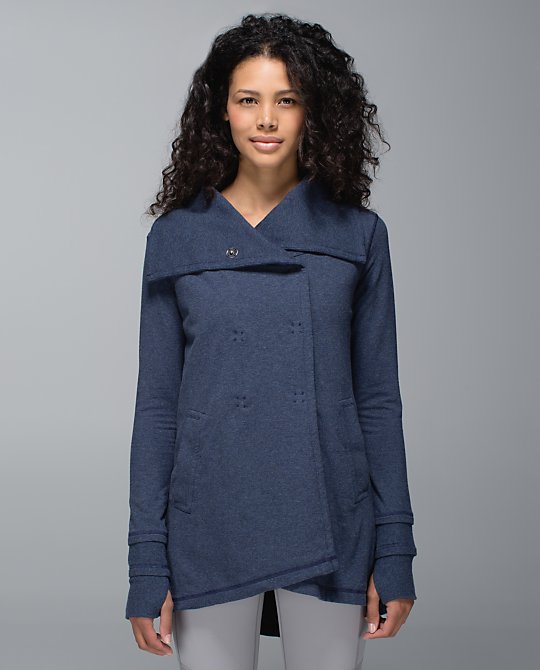 Also, the gratitude wrap made another appearance, shown here in cadet blue.  It also showed up in grey and black. 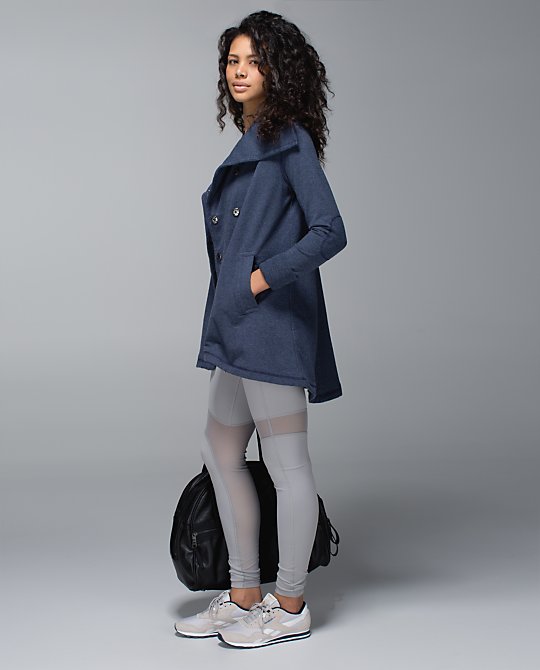 Note the pants in this photo–something new!  They remind me a bit of the journey crop, except full length and with a sort of ring of mesh around the top. 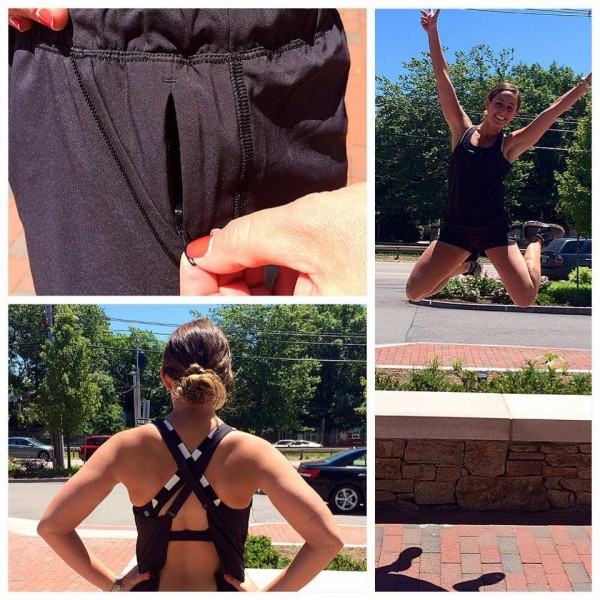 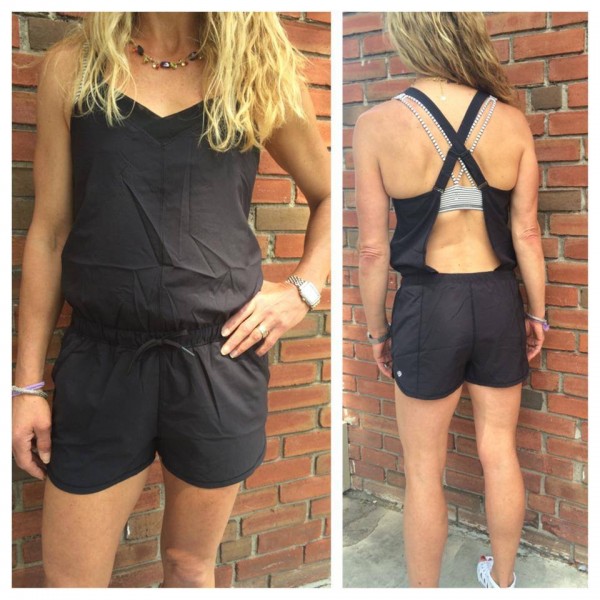 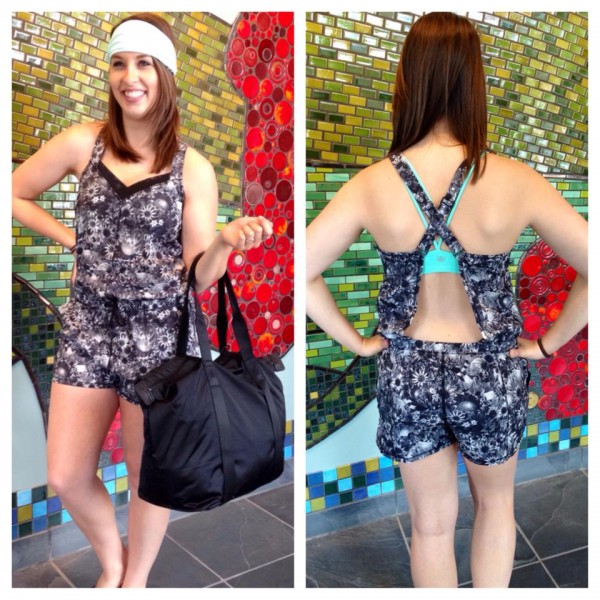 Runsies for funsies!! (No that’s not the same, hah.  But maybe it should be.  Funsy runsie has a nice ring to it.) So far just black and flowabunga. 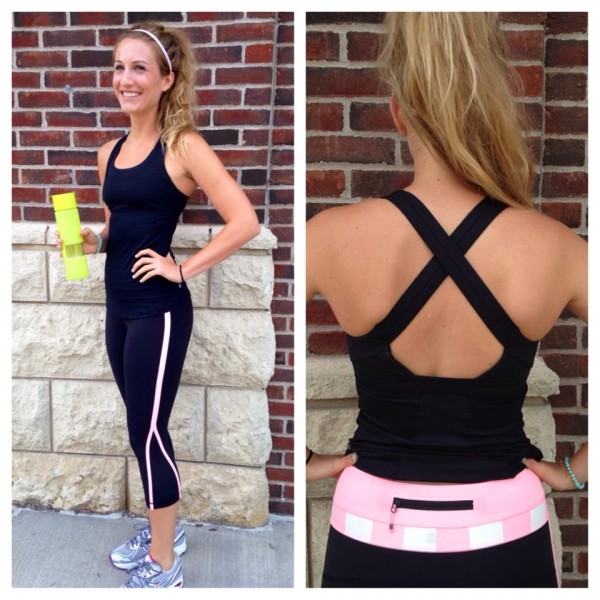 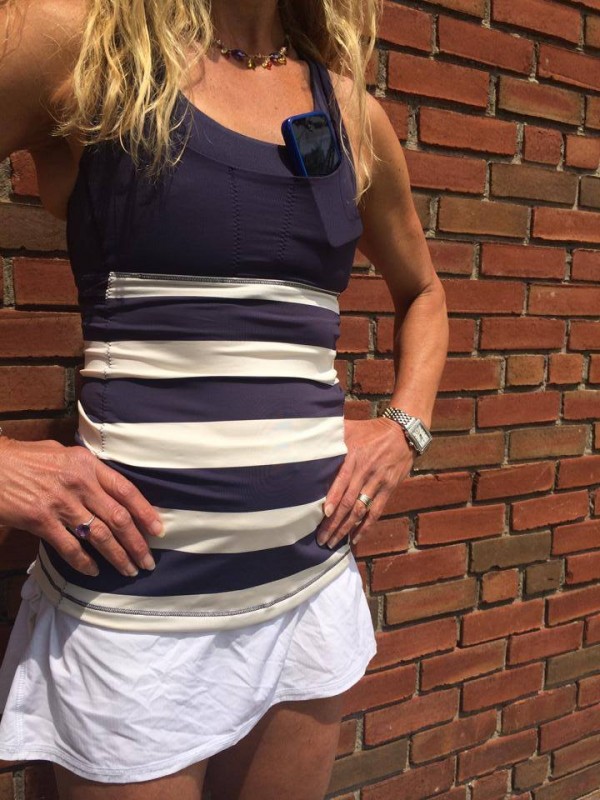 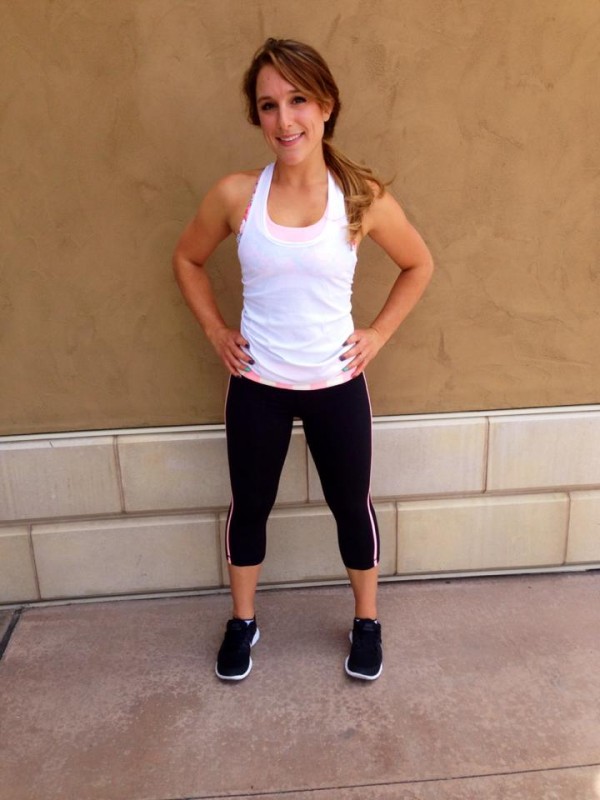 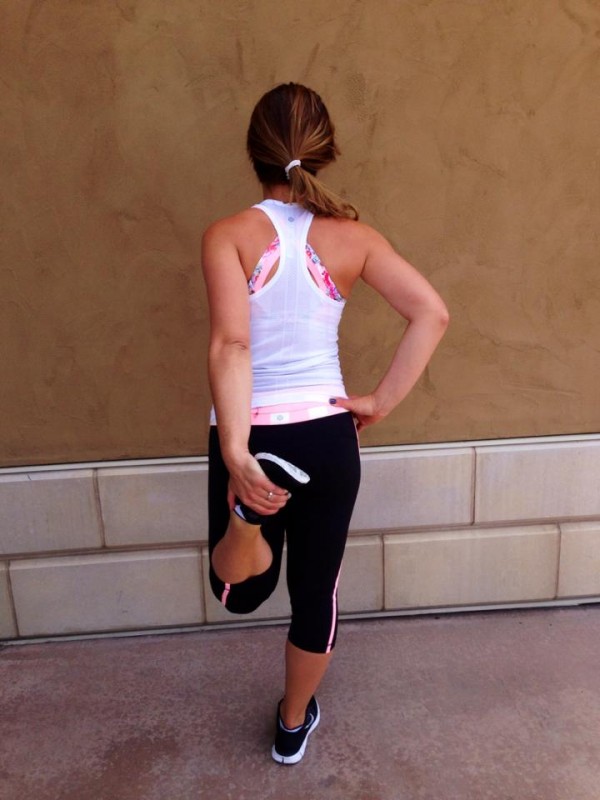 Another pic of the bleached coral up the pace crops, plus you can see a bleached coral/flowabunga multi stuff your bra underneath. [Lululemon Fashion Place] 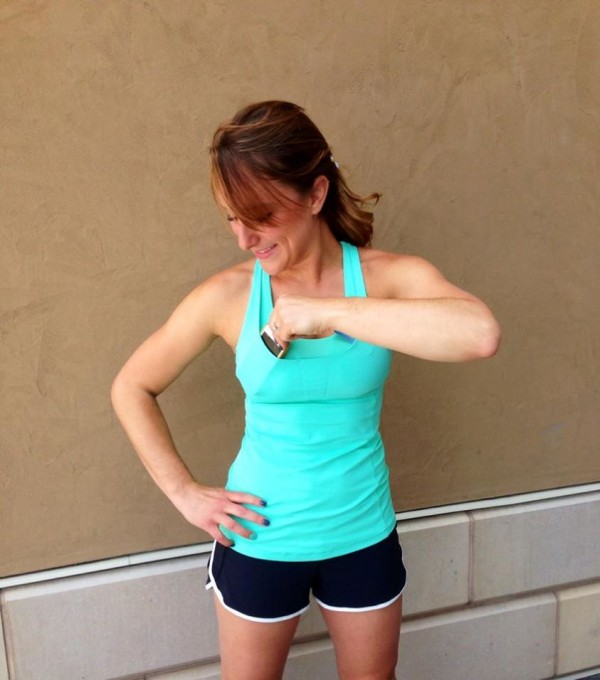 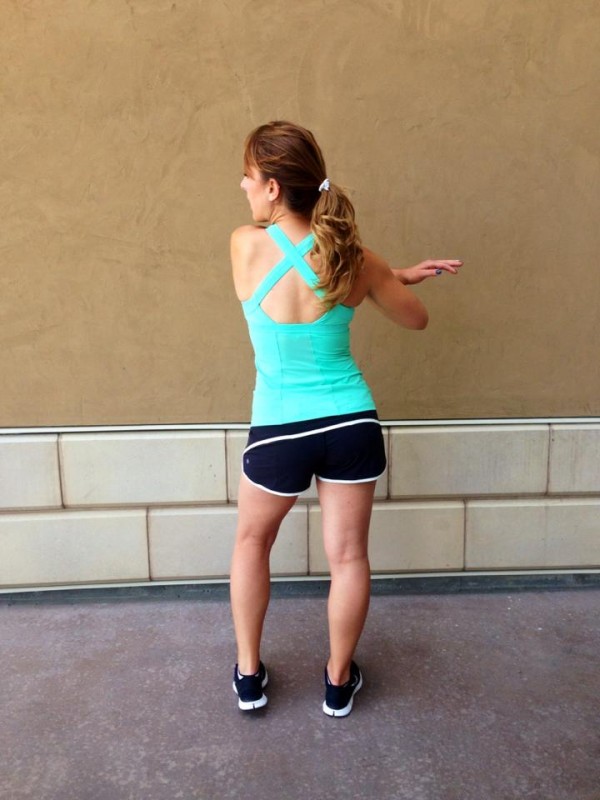 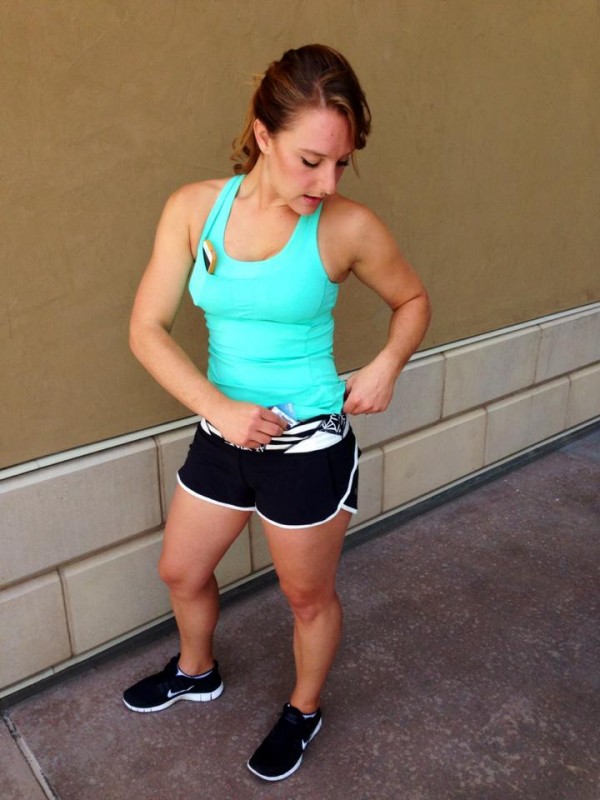