Kate Spade officially jumped into the activewear fray this past week with a collaboration with Beyond Yoga.  This collab was announced a few months ago, so I’d been looking forward to seeing what these two companies had up their sleeve. 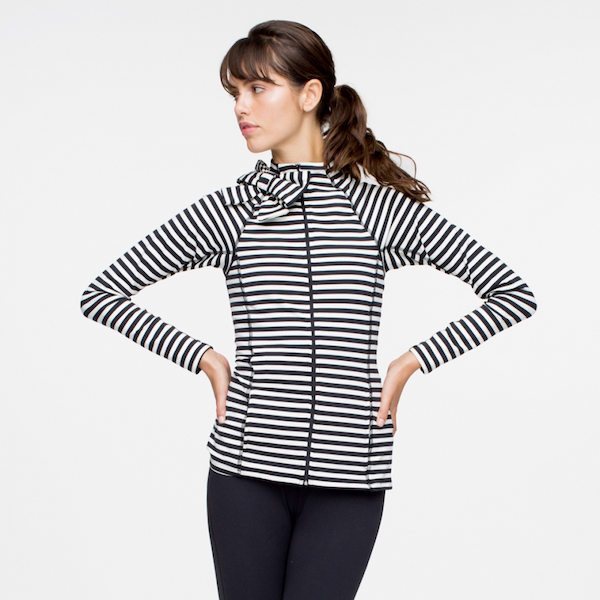 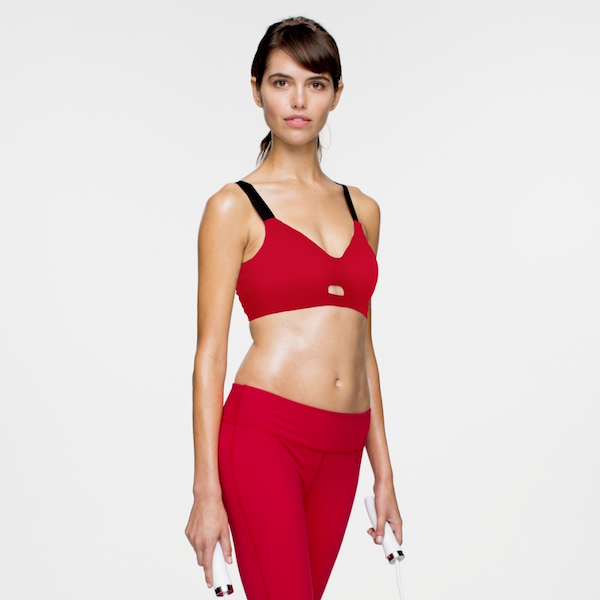 The capsule ended up being a bit smaller than I expected: just 8 styles.  The color palette is extremely simple, too: red, black, and black/white stripes.  Shown: neck bow jacket and peek-a-boo bra. 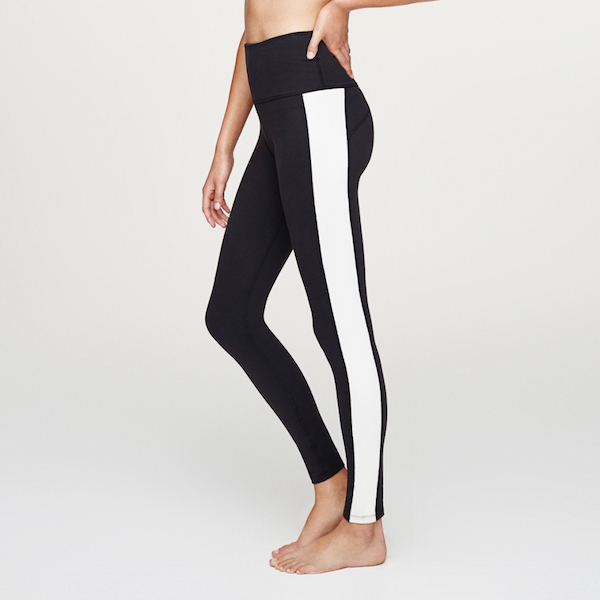 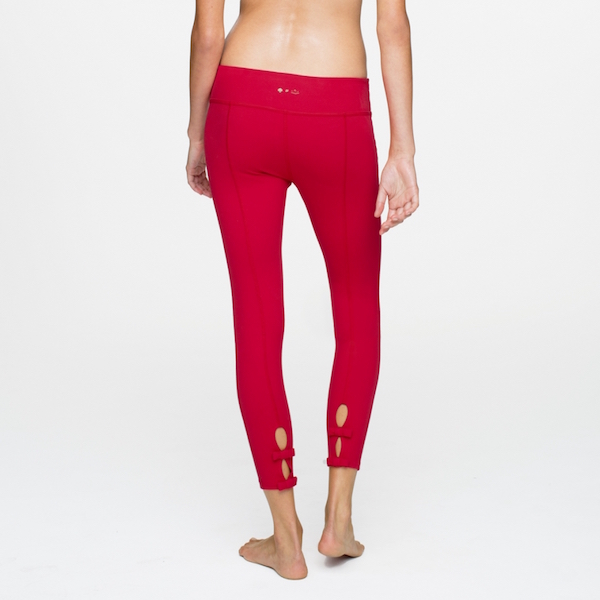 Besides the narrow black/white stripe, they also incorporated tuxedo stripes in a couple designs.  In true Kate Spade fashion, bows were a common motif as well.  Shown: tuxedo high-waist legging and back bow legging.

I have a couple quick thoughts about the capsule.  First up, this is billed as a spring collection, but it feels like more of a holiday theme to me.  If they had released this 4-8 weeks earlier, I think it would’ve made more sense.  I would’ve expected a spring Kate Spade collection to incorporate more feminine, fun colors.

Second, the designs in this capsule are more simple than I expected, and just have an extra bow or two.  They’re obviously not ugly by any means, they just feel a little bit on the safe side.  I’m still hoping a “regular” fashion designer will come up with activewear designs that feel especially innovative and new. 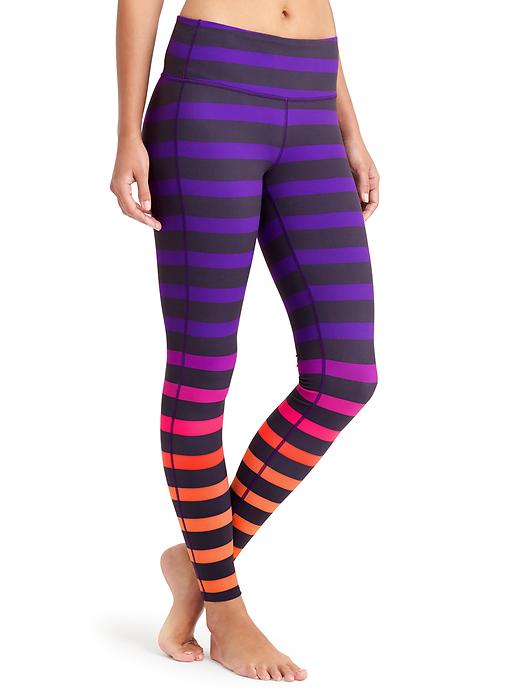 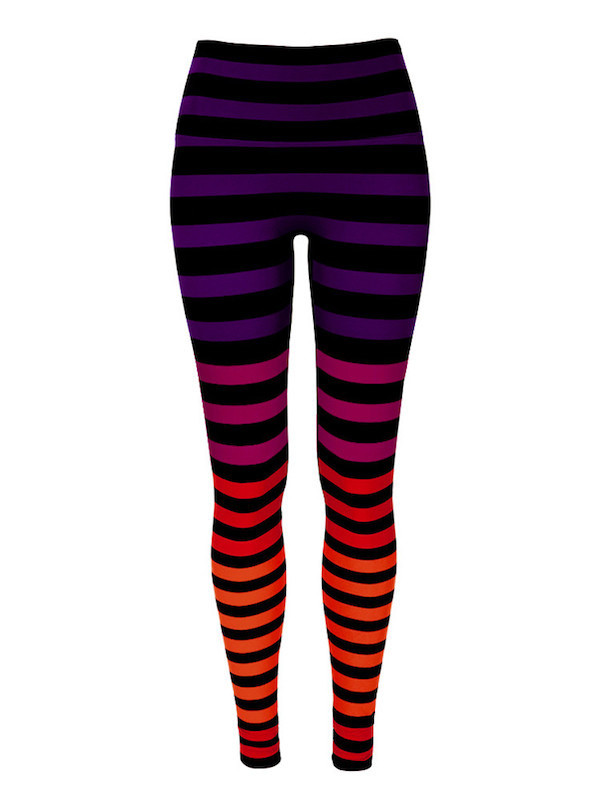 I mentioned last week that Athleta released a stripe legging that was suspiciously similar to a design by K-Deer, a small activewear label out of New York.  The purple/orange stripe above is just like K-Deer’s “Sophia stripe”.  Well, they didn’t stop there.  They’ve since released two more stripes, for a total of three, all of which bear striking resemblance to K-Deer’s designs. 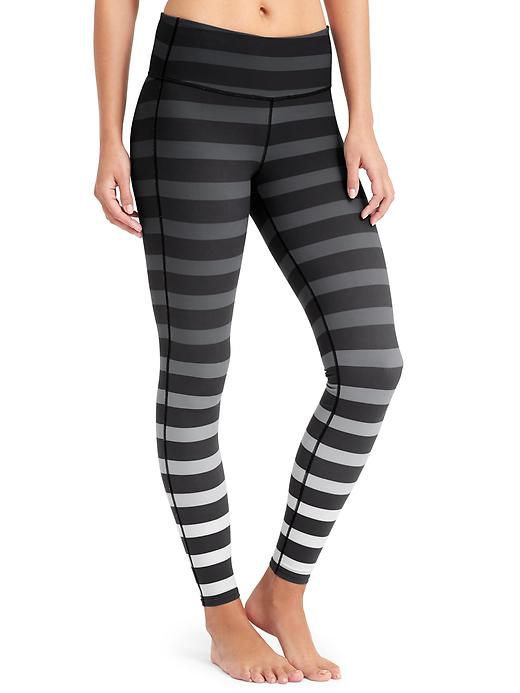 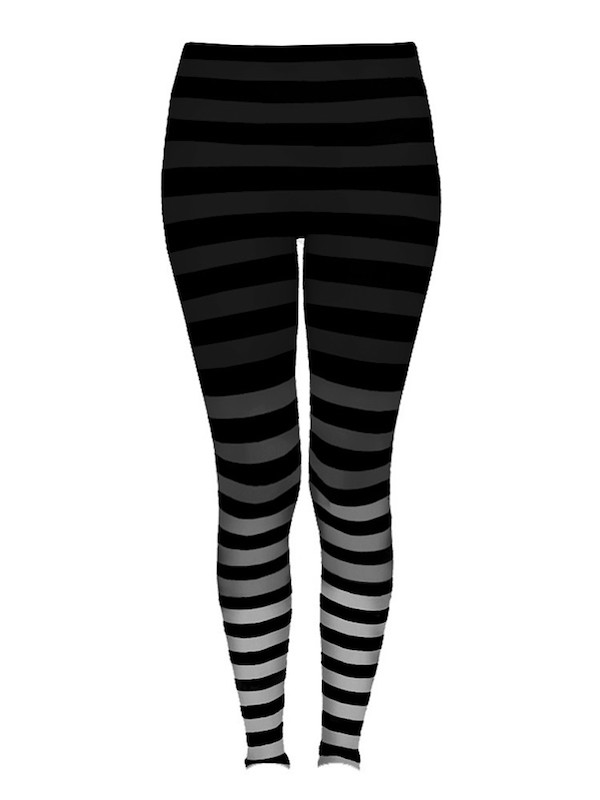 Athleta’s black and white is pretty much identical to “Jody stripe”. 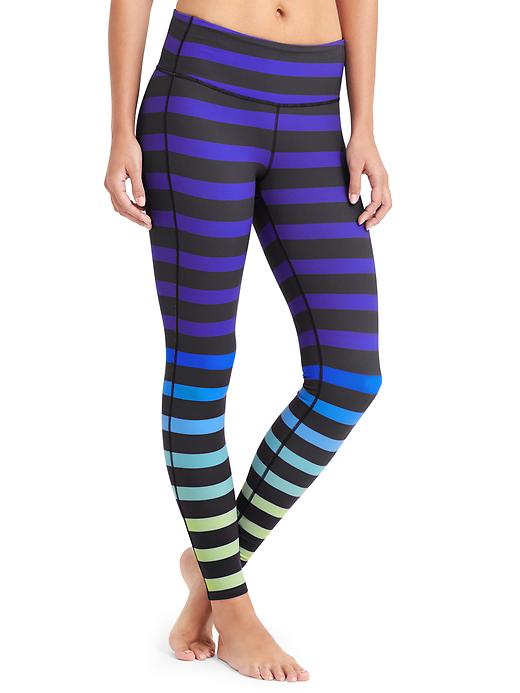 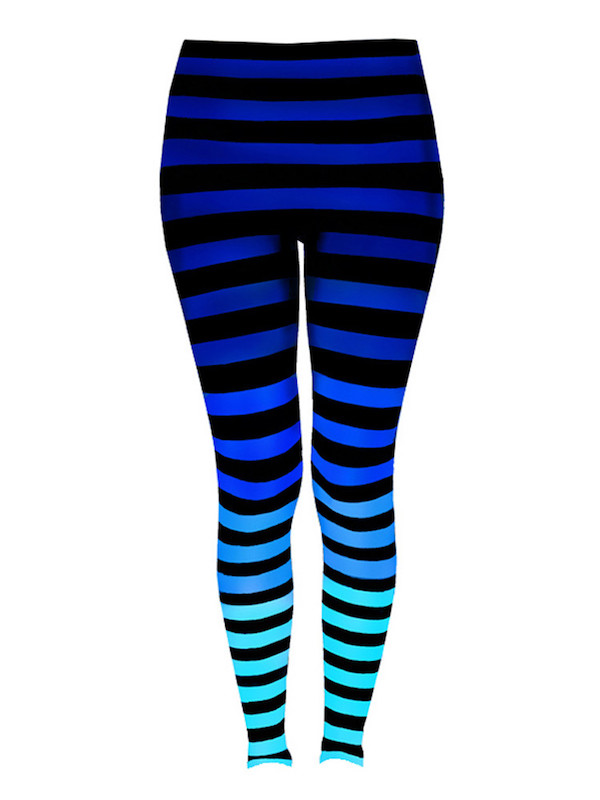 Lastly, the blue Athleta stripe is also pretty close to “Alexis stripe”, except that Athleta incorporated a little bit of a light green at the bottom instead of cyan.

This whole ordeal continues to frustrate me.  Maybe you could argue that K-Deer wasn’t the first to invent stripes and ombre.  That’s true, but if Athleta did want to do stripes and ombre, there are a lot of ways they could’ve made their versions look unique.  Different color schemes, for one thing, would’ve gone a long way.  The stripe width is also something that could’ve easily been varied to look more original.  The suspicions I had last week with the Sophia stripe only smell fishier this week.  With 3 pairs out and the similarities I mentioned, I’m having a really hard time believing it’s just coincidence.

The thing is, Athleta and K-Deer are in direct competition with one another for the higher-end activewear market.  Athleta’s leggings are a little bit cheaper, in part because they have their size working to their advantage, and in part because they manufacture overseas while K-Deer’s production is US-based.  Athleta seemingly exploiting the popularity of their signature design AND luring customers away based on price is just an awful combination.

I’ve seen a fair amount of buzz on social media calling out Athleta, but they’ve yet to acknowledge the issue.  I hope they find a way to redeem themselves here.

If you’d like to support K-Deer, shop their stripes here.

Anyway, overall, this week was a bit slow for new activewear, but I’ve been seeing hints from a few brands that new collections are coming soon, so it’s looking like things might be picking up soon!