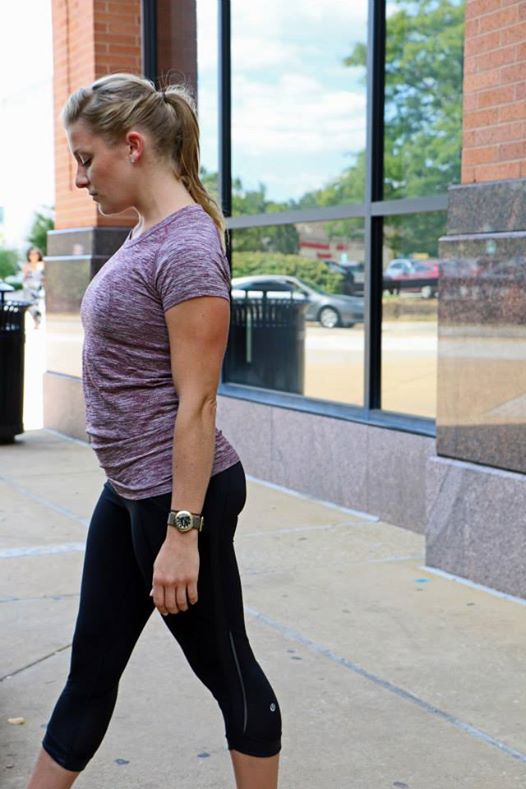 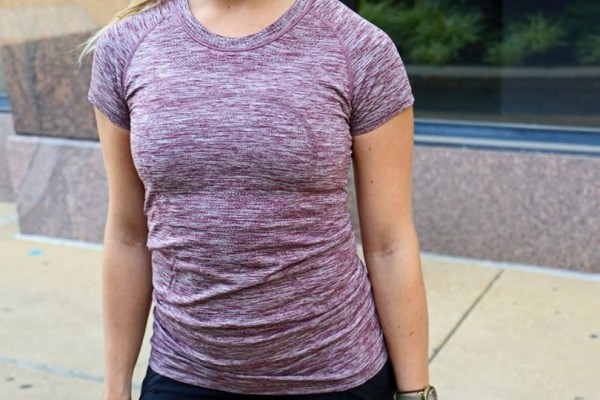 New bordeaux drama swiftly short sleeve.  This is the regular crewneck, not the scoopneck like a lot of SS swiftlies lately. [Lululemon King of Prussia] 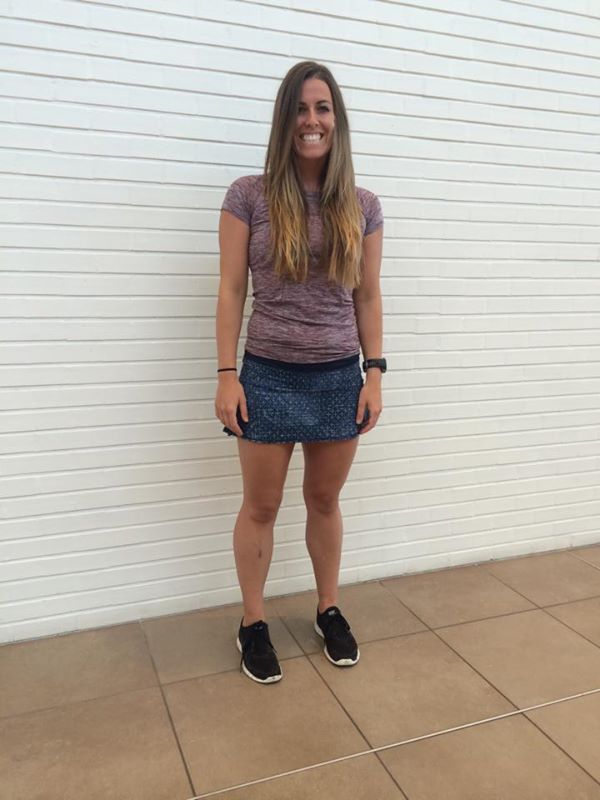 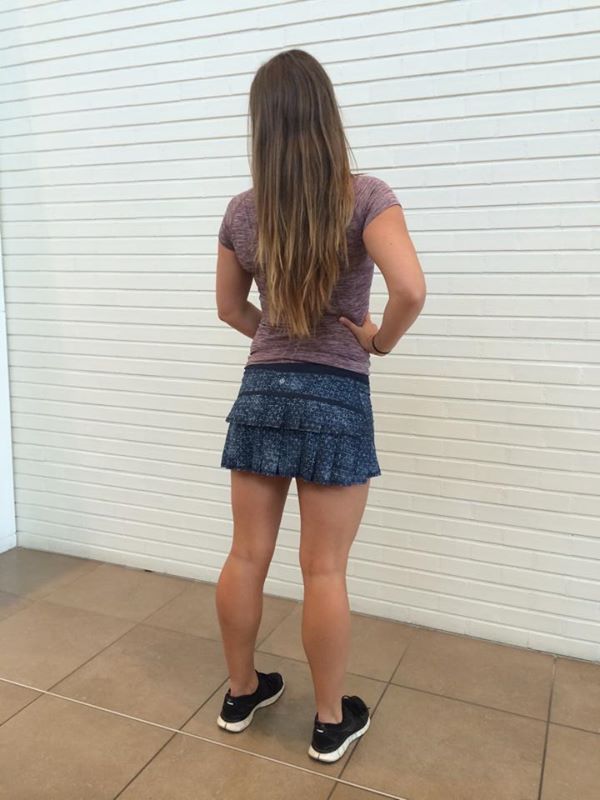 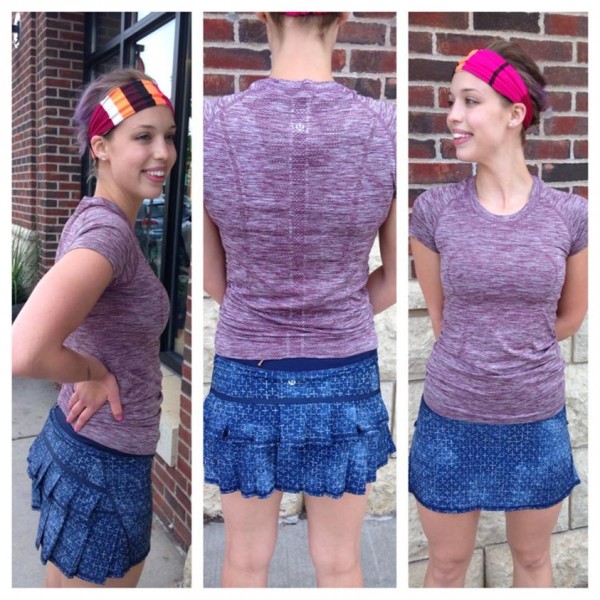 Also new: sashico cross pace setter skirt, shown with the bordeaux swiftly.  Usually speeds and pace setters come in the same colorway, so I’m wondering if we might see speeds in this print?  Maybe not, though, since speeds came in the diamond dot rugged blue and the pace setter hasn’t yet. [Lululemon Grand Ave] 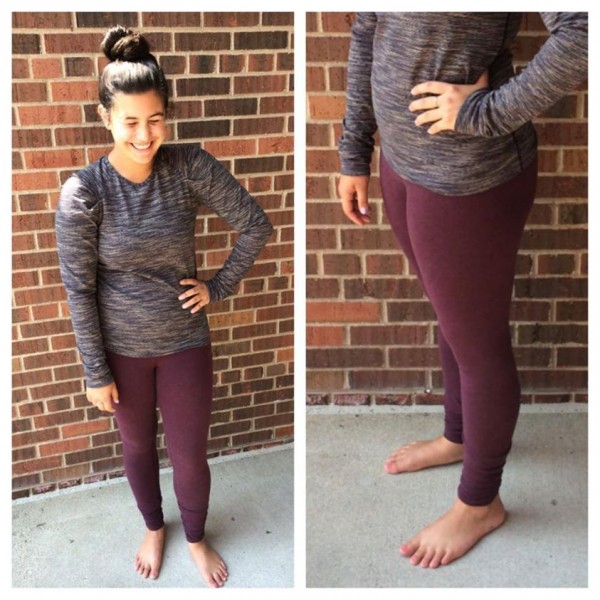 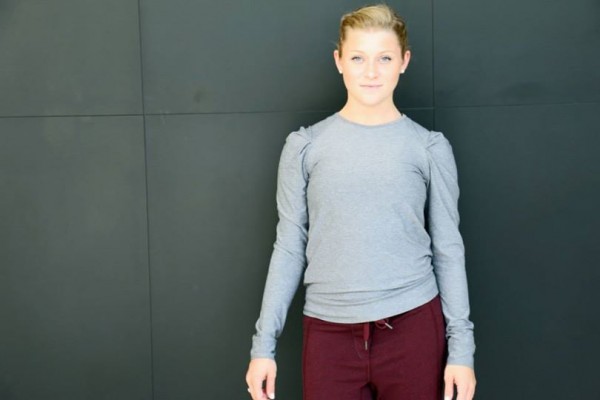 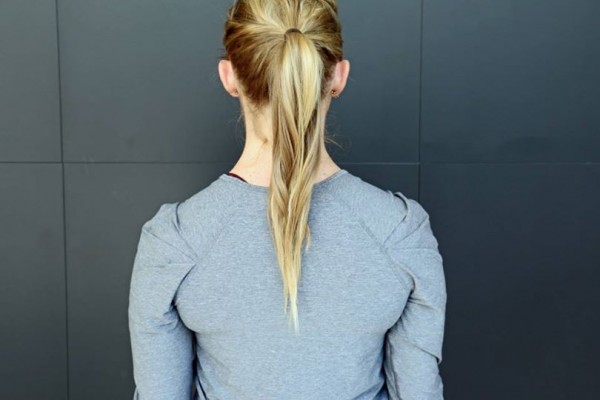 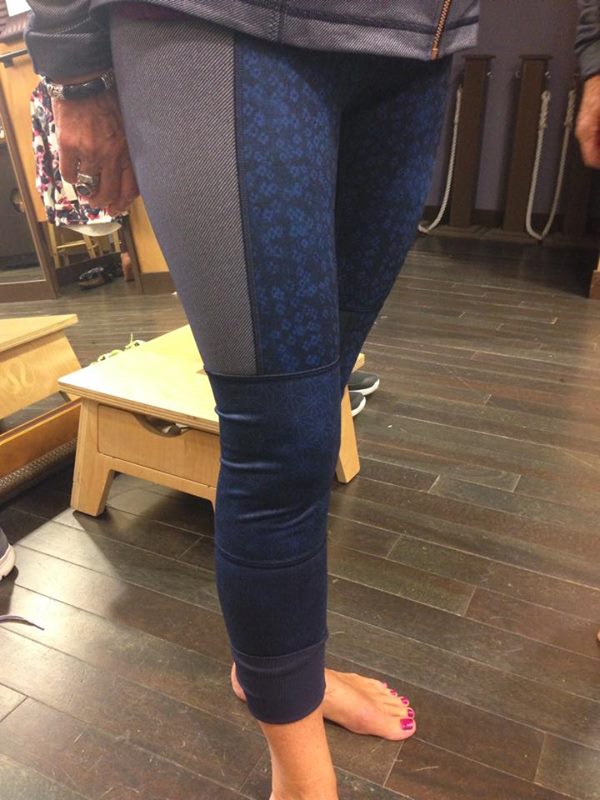 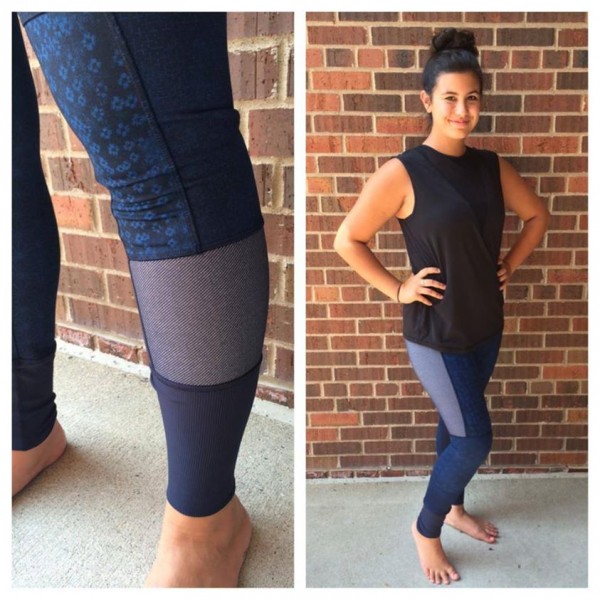 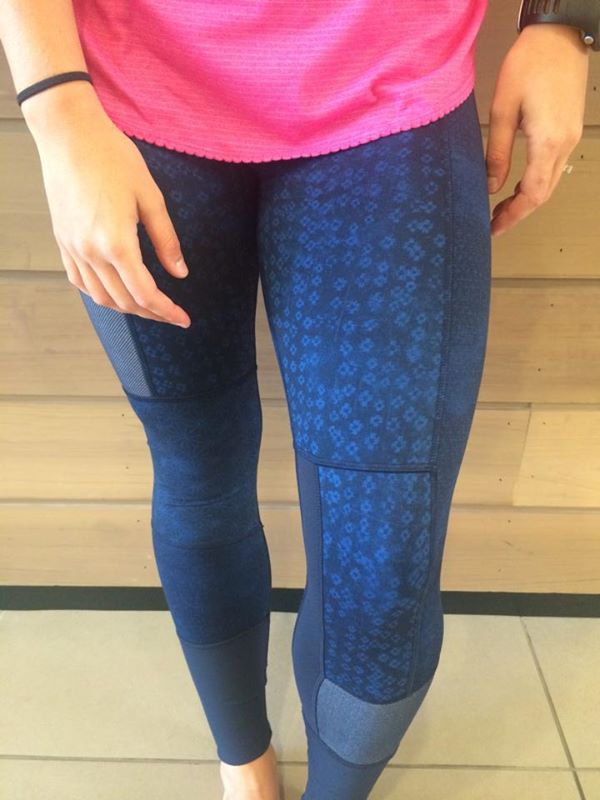 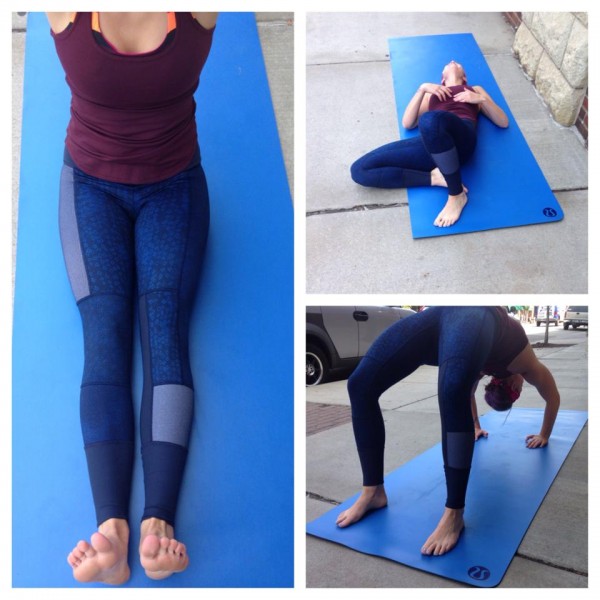 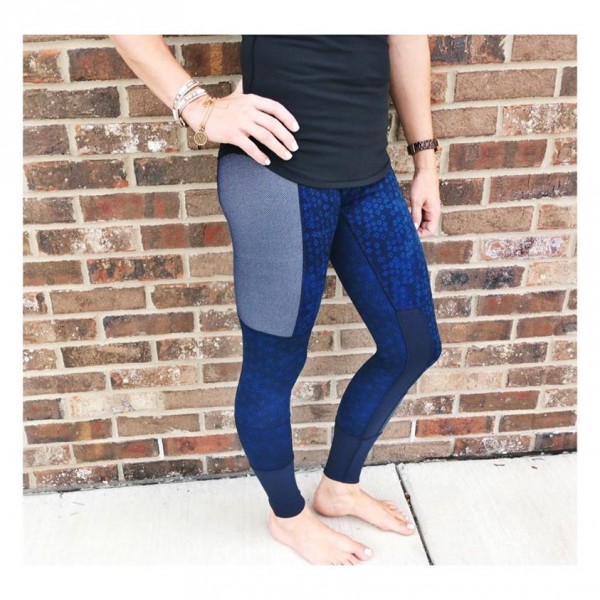 New quilted/patchwork sashico wunder under pants are popping up everywhere today (same as what we saw on Britt’s picks this week).  Not a fan of this look. [Lululemon Ann Arbor] 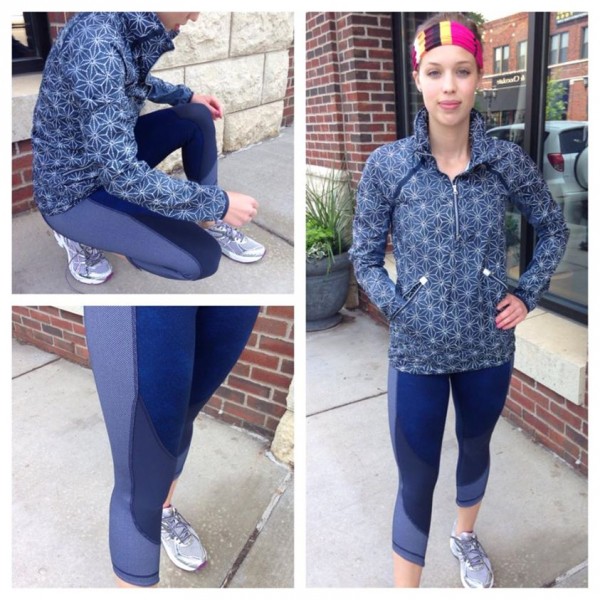 The wunder under crops version of the quilted/patchwork sashico print. [Lululemon Grand Ave] 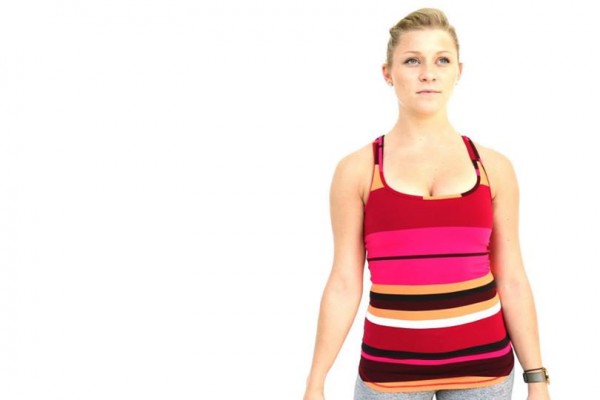 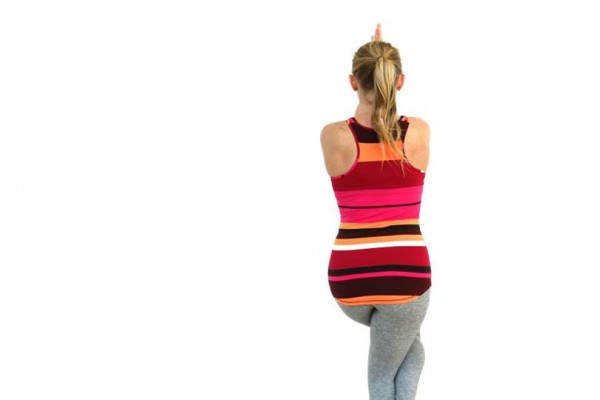 From Australia, a cool racerback will be coming in blossom stripe also: 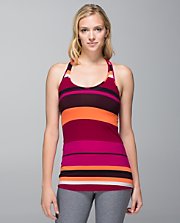 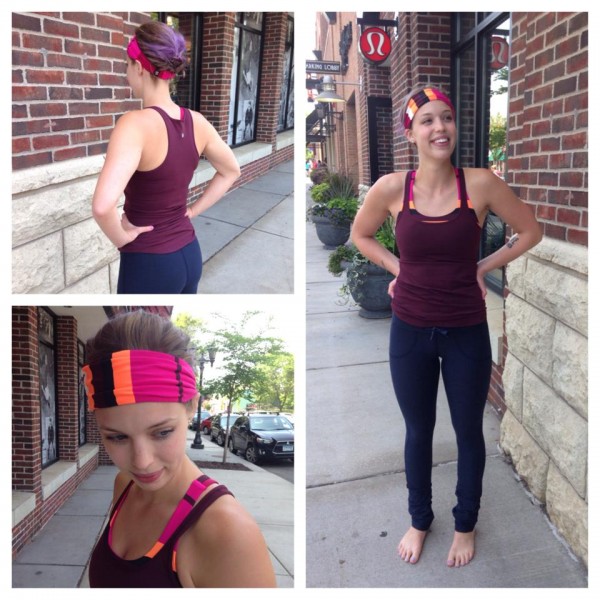 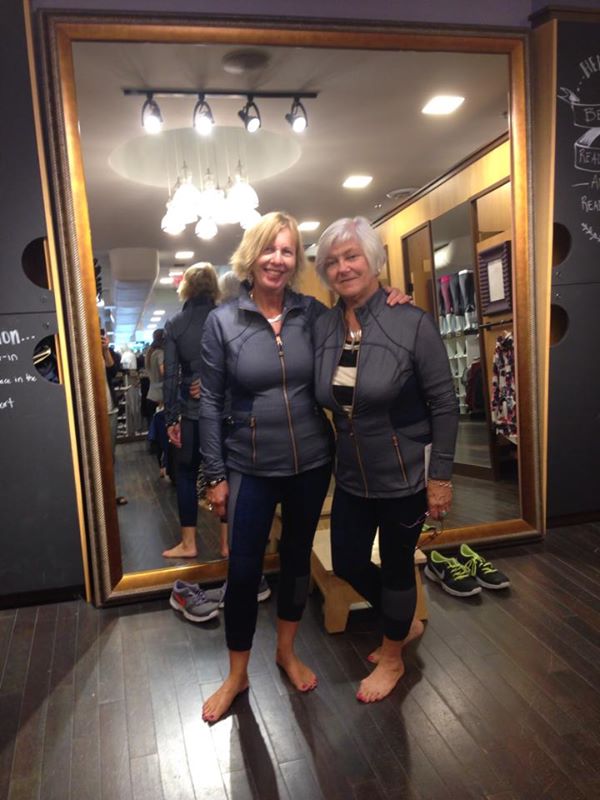 Lastly, a new inkwell denim forme.  Between this and the denim WUP, now you can get yourself a whole lulu Canadian tuxedo. ;) [Lululemon Halifax]