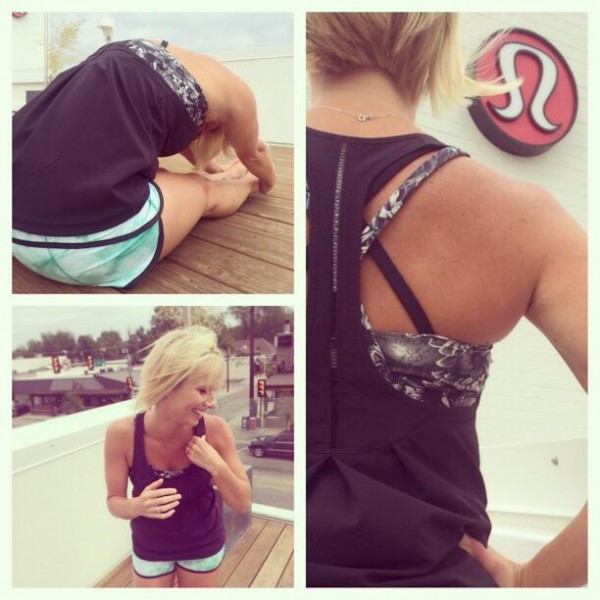 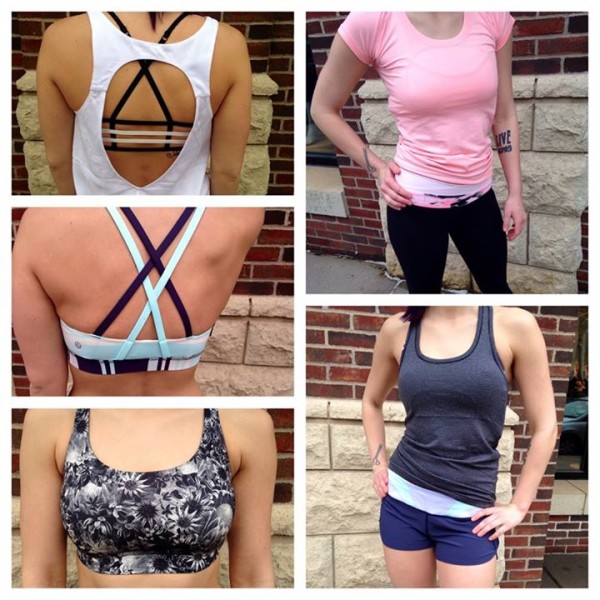 Another shot of the flowabunga energy  bra, plus a groovy stripe cadet blue energy bra.  The hot spell bra peeking out is the new striped one we saw the other day–I’ve confirmed that this is apex stripe BUT it turns out it’s actually not black and white!  It’s black and dune.

Also shown is another speed short colorway: these are cadet blue with a pretty purple/aquamarine waistband.  I was hoping they were pigment–no dice! :(

This store also notes that the swiftly scoop short sleeve (looks like vintage pink? or maybe barely pink?) comes in a 2, so last week’s random size 2 swiftly may be turning into more rather than a one-off deal.  Also shown is the astro wunder under crops with a wamo camo waistband. 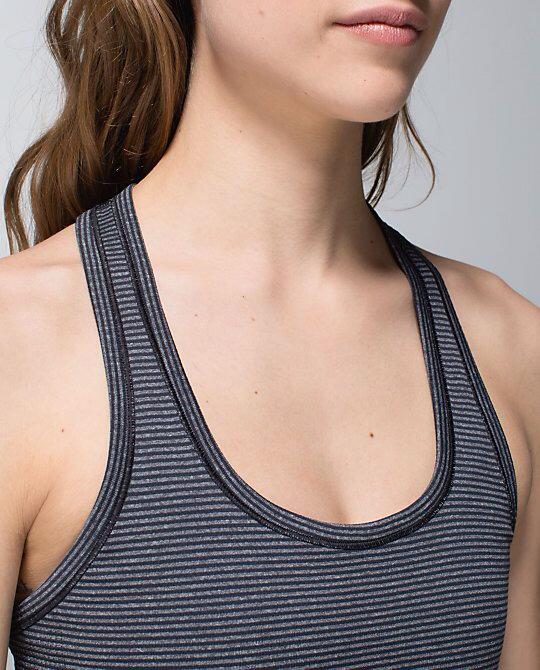 This is a closeup of the swiftly racerback above: they’re calling it black/white but I don’t see how that’s white. :) It’s also currently available online. 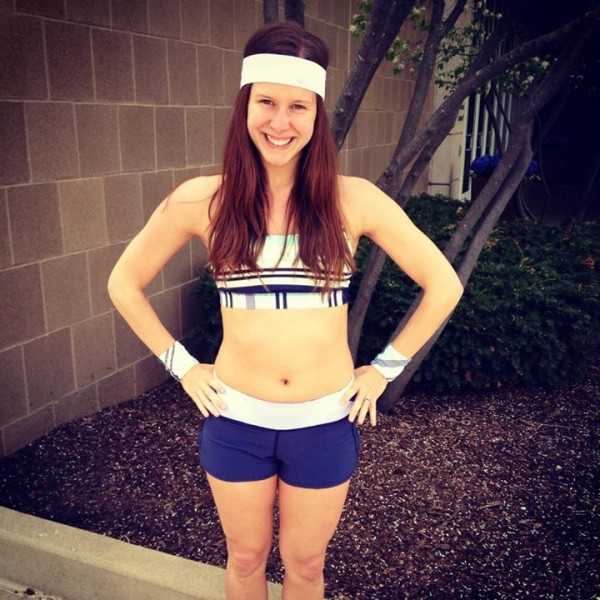 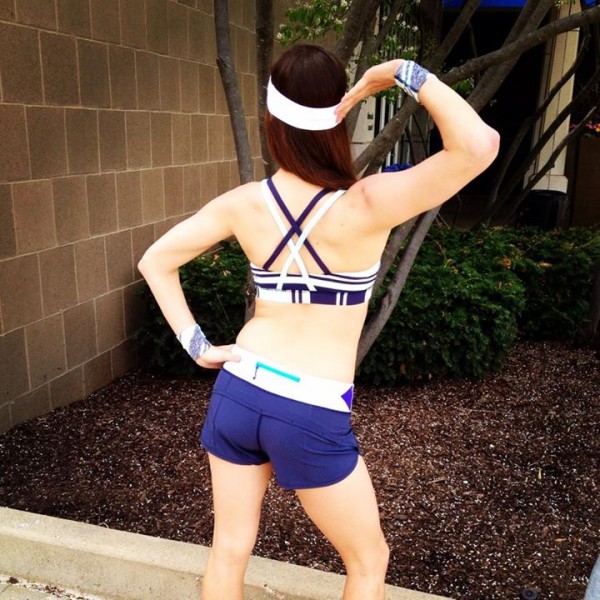 A couple more of the cadet speeds, groovy stripe energy bra, and what look like groovy stripe sweat cuffs.  You can tell by the way the shorts fall that they’re definitely 4-way stretch. [Lululemon Northbrook Court]