After Carbon38 debuted a new collection of basics under their own label last month, they’ve come back with a round of not-so-basic, more style-oriented pieces. 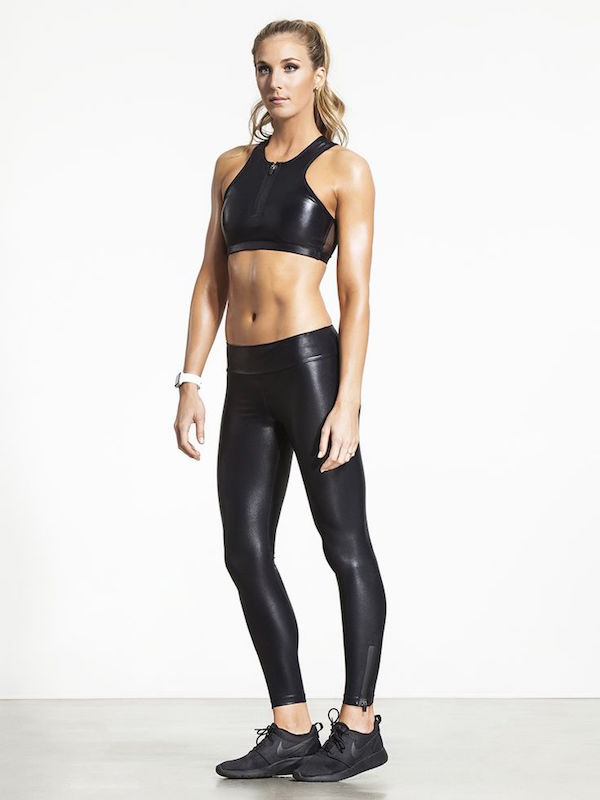 They’ve taken on the shine trend with their new radium leggings.  The twist is that these have an ankle zip detail.  This is a nice idea, except I’m concerned it won’t get along with short legs like mine.  The model is also wearing the iridium bra, which echoes the shine + zip motifs.

Also: I really like that they named all of their styles after elements.  It’s a perfectly clever extension of their “carbon” brand name.  The only trouble is they’re eventually going to run out of elements. :) The one thing that could’ve made the element naming cooler is if they had chosen all chemically similar elements for each collection: for example, noble gases, transition metals, etc.  But I’m probably one of the only people on earth who would notice or care. :) 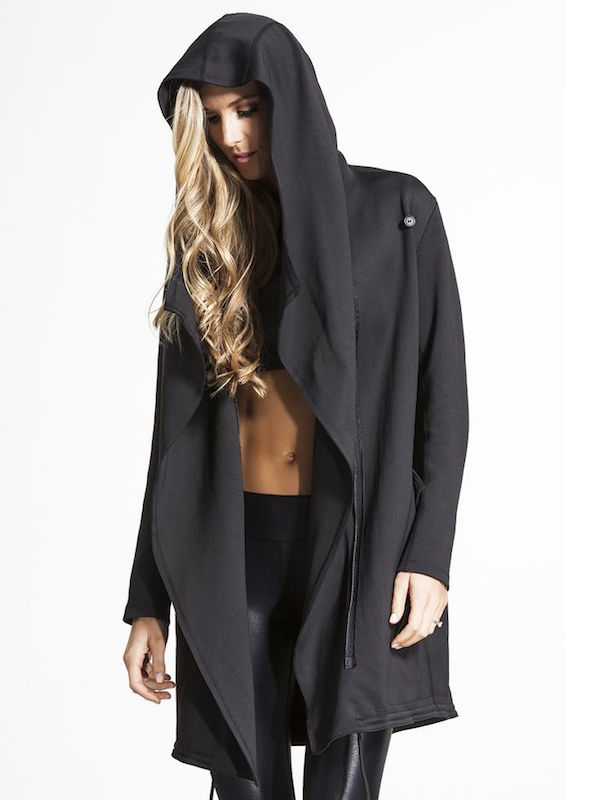 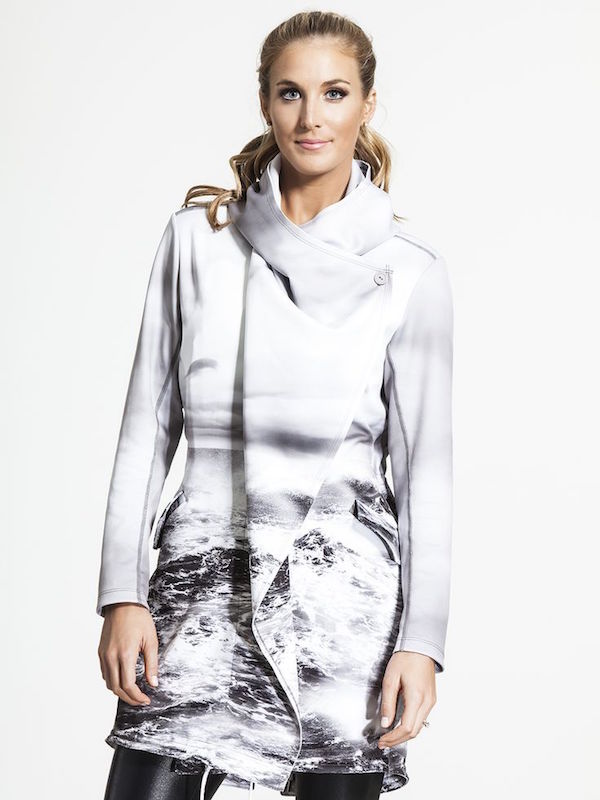 These new parkas… Oh my word.  They’re the same style, but the top one in solid black is the hassium parka, while the bottom print is the printed thallium parka.  I can’t decide which one I love more.  I’ve been all over the oversized, drapey jacket-coat-wrap thing lately and these are no exception.  One thing to note, though, is that they appear to have only been made in sizes S and M.  Since it’s an oversized fit, I’m assuming that’s supposed to translate to XS/S and M/L.  It also has a drawstring at the waist to help give it shape shape.  The model is wearing a small and the shoulders already look a little wide on her, so I’m afraid this is bad news for those of us more in the true XS/XXS range.  That said, I can’t promise that’s going to deter me from trying! 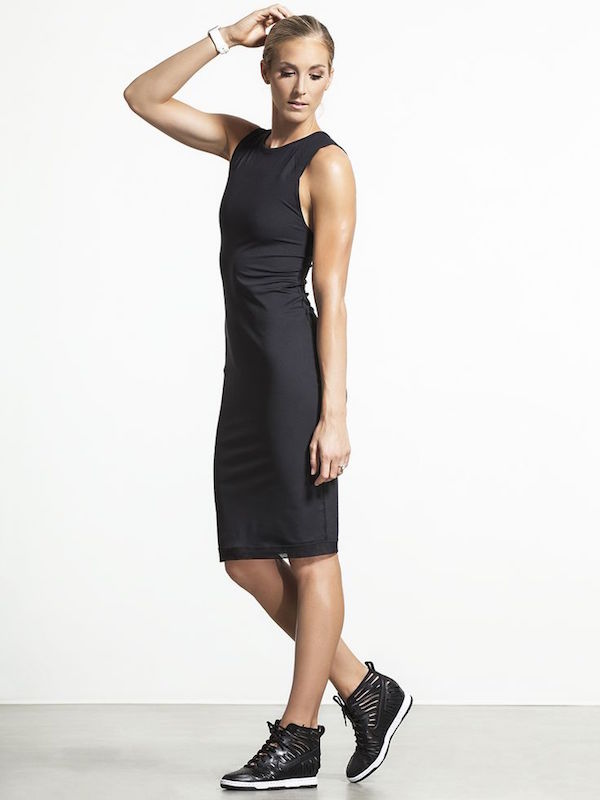 The tungsten dress is a nice, simple black dress with just a touch of mesh accents at the shoulder and hem.  Keep in mind that this model is 5’10”, so this will probably be solidly midi length on those of us less statuesque ladies. 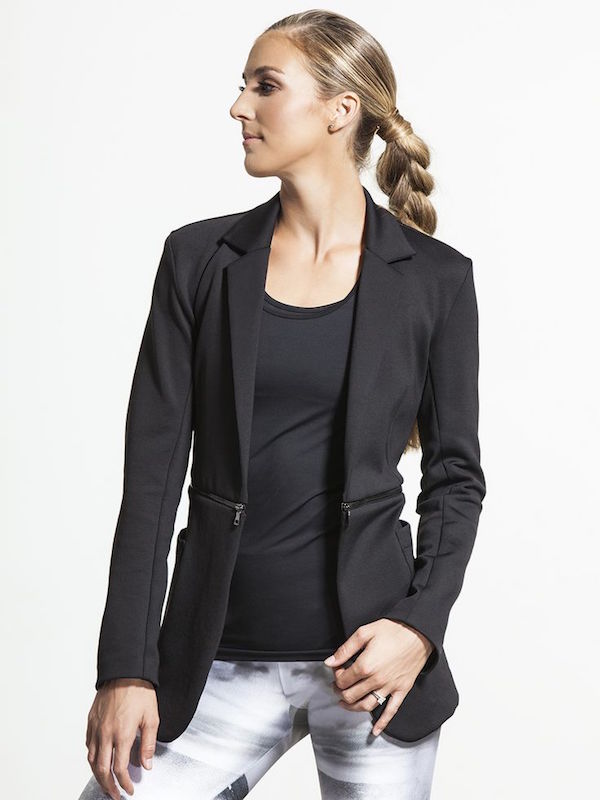 The new gallium blazer is an interesting design.  It’s a structured blazer, but with the addition of the functional zip detail if you prefer a cropped look.  And of course, it’s made of activewear fabric, unlike most blazers. 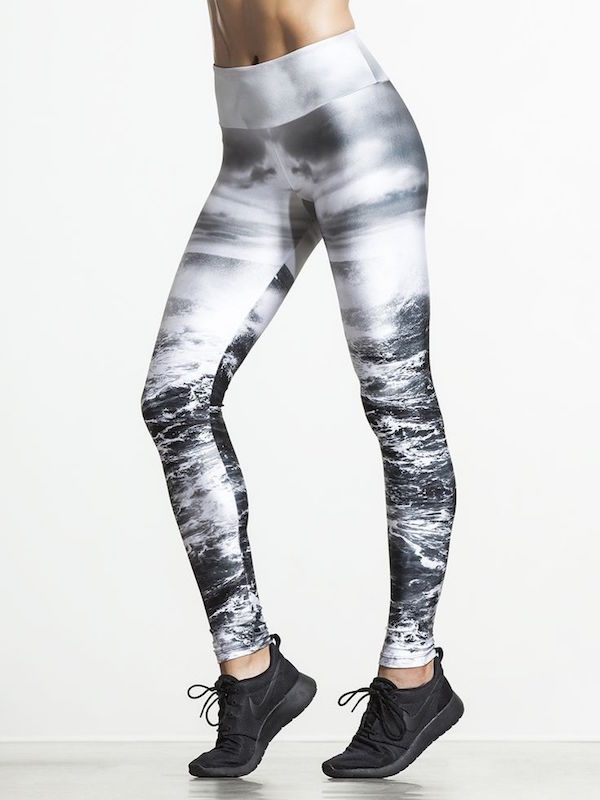 Saving the best for last: I’m IN LOVE with these new polonium leggings.  Oh my goodness I love this print.  I would love to get a review of these up in here, but they have already sold out!  This collection just launched Wednesday, so this is an incredibly fast sell-through.  I’ll be keeping my eye out for a restock.

Overall, I’m really loving Carbon38’s debut fashion capsule.  The collection is very cohesive and reflects their brand well.  It falls right in line with current activewear trends while still feeling original and fresh.  After this strong start, I’m looking forward to seeing their next move.

Olympia just dropped their new Collection 2016.  As a smaller brand, they only come out with one collection per year, though this past year they also did a small summer capsule.  This year’s collection has a more utilitarian vibe, featuring earthy colors and more masculine vibes, plus some contrasting delicate, feminine styles.

Olympia also changed their fabric this year.  This year’s is described as softer, and it appears more matte in the photos than last year’s shinier, silkier version.  It is also supposed to be more supportive and compressive, which is good since their previous fabric was fairly thin. 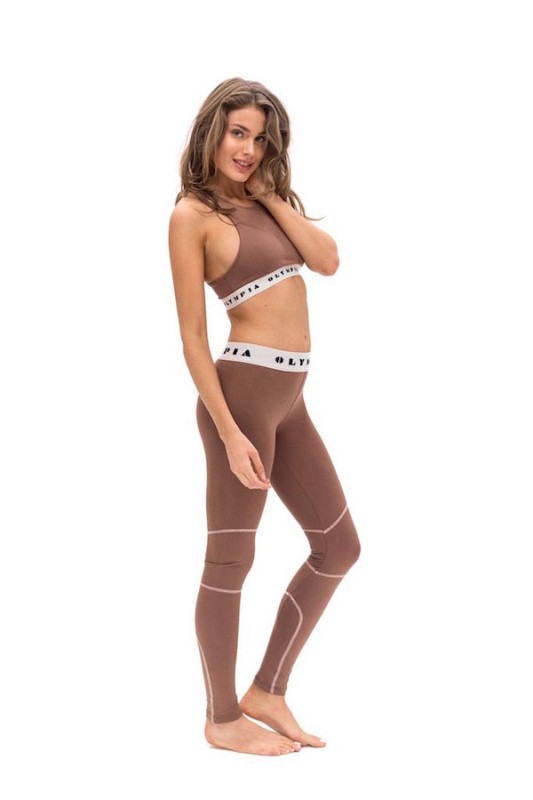 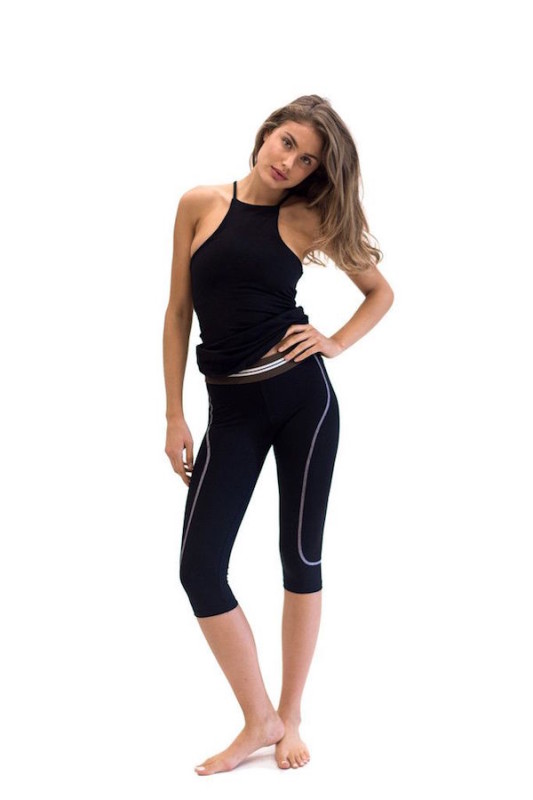 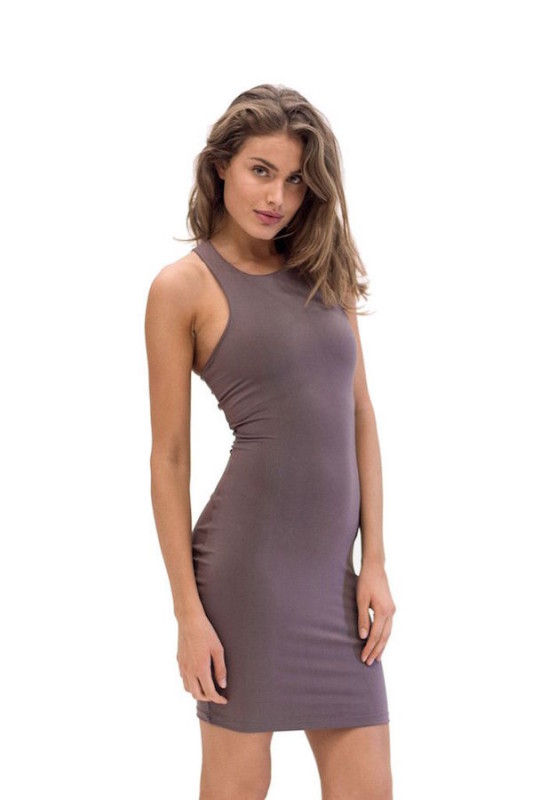 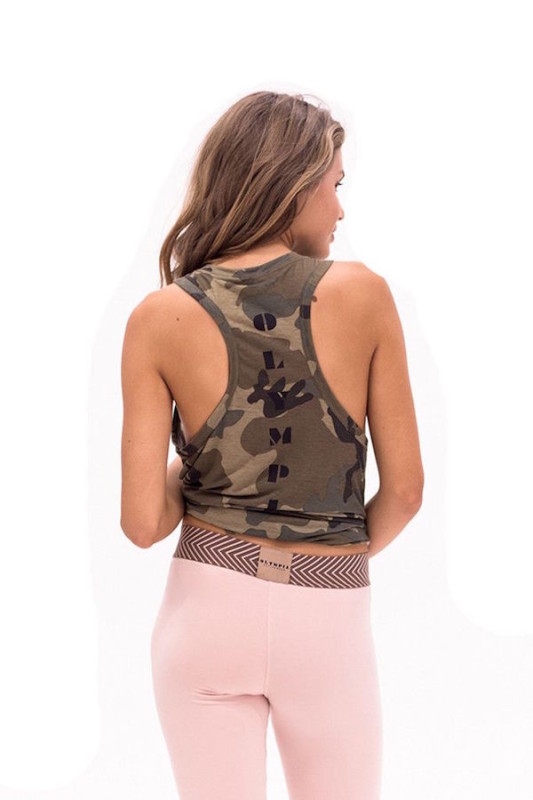 They’ve branched out into prints this season with a new camo print for their cotton tops, like the petra tank. 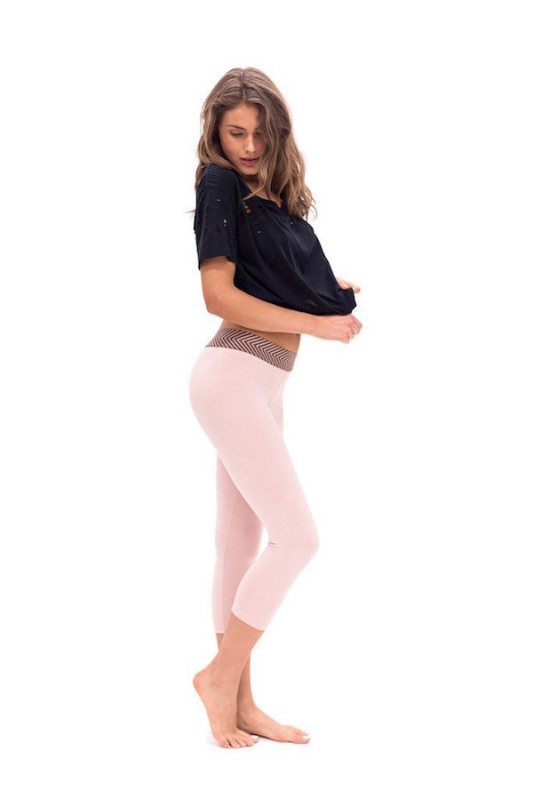 This new soft pink, ballet, balances the more earthy vibes.  This is the basic kore legging in 3/4 length. 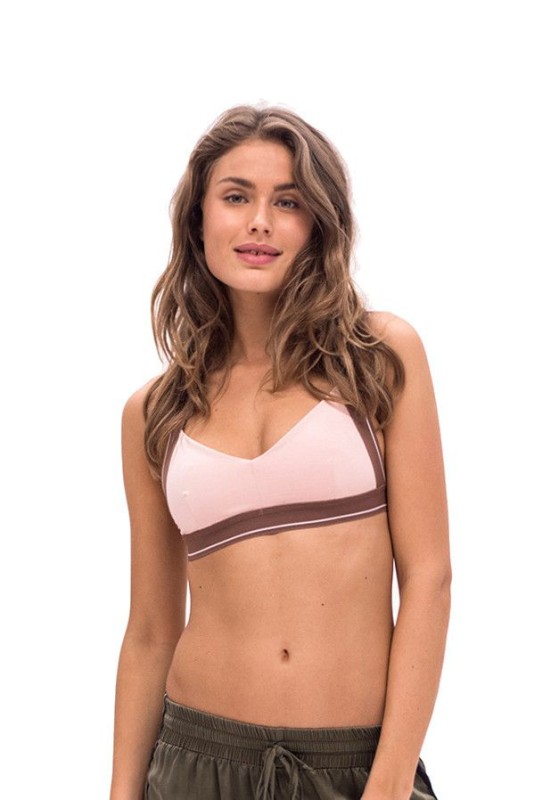 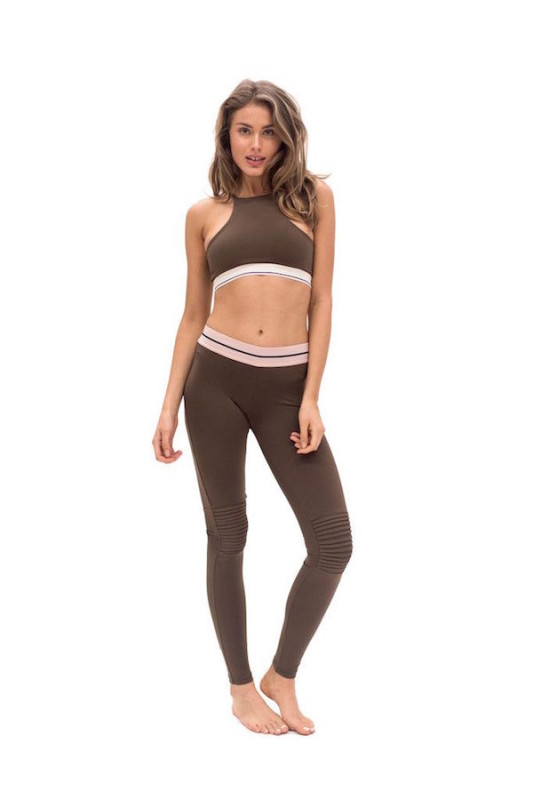 They brought back their more popular core styles in new season colors, like the x bra in ballet and the moto legging in army. 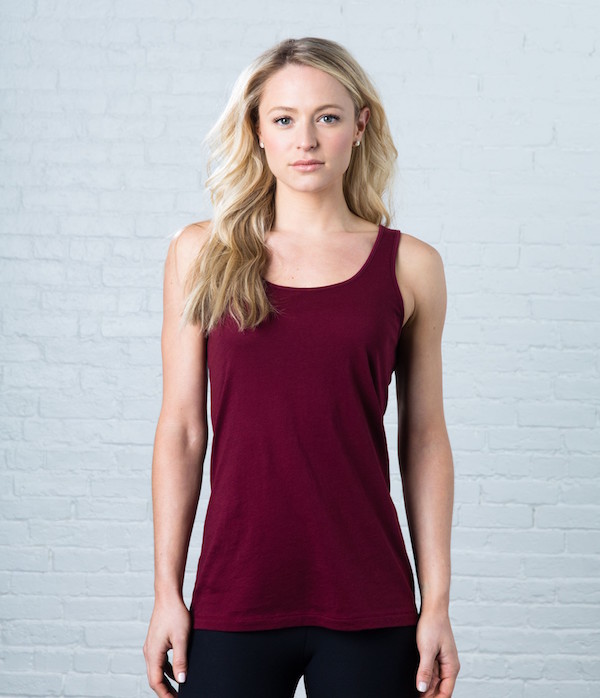 Crane and Lion dropped a new pima cotton tops capsule for basic casual wear, including a tank, short sleeve, and long sleeve.  I also noticed that they have a program advertised on their front page for fitness instructors: 30% off!  I didn’t notice this before so it might be new.  Also, if you live in Boston, they have a new brick-and-mortar location now open. 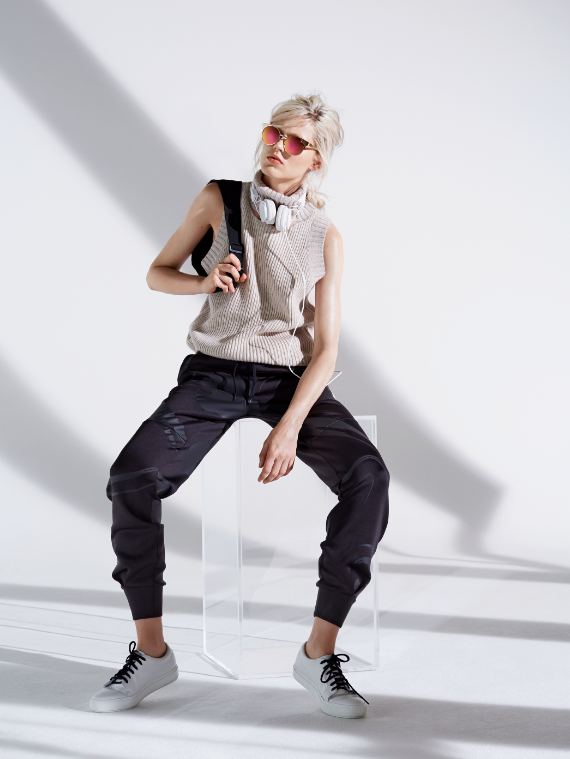 Sweaty Betty dropped a new sports luxe collection this week, for those who love the athleisure look.  I’ll be talking a little bit more about this collection in the coming weeks–stay tuned.  Btw, they’re also running giveaways on their Facebook page this month, including a vacation as the grand prize! 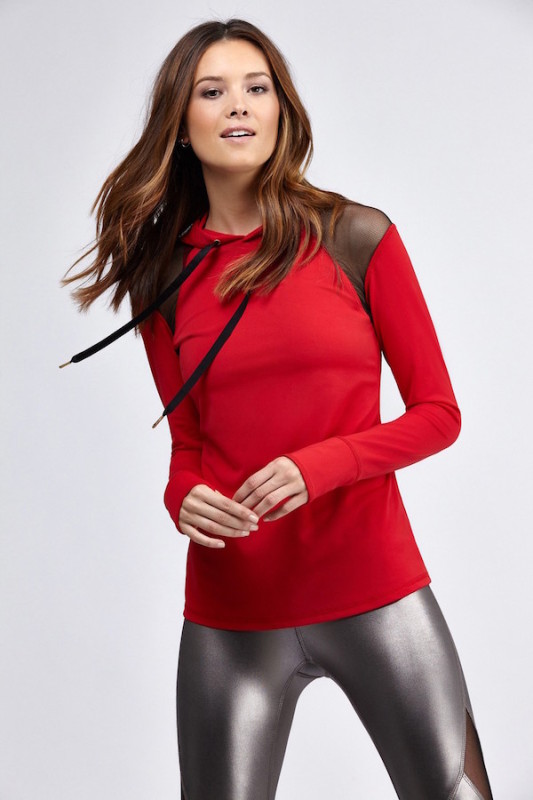 I spotted a couple new Alala styles on Bandier the other day.  The new color is barbados cherry.  I haven’t seen these anywhere else so I’m not sure if they’re exclusive to Bandier.  I’m relieved–I don’t wear much true red, so I can sit this one out!