Since it was a holiday in Aus yesterday, upload was bumped back a day, hence the lack of post about it yesterday.  I’ve really been enjoying how clean and cohesive Australia’s uploads have been lately: 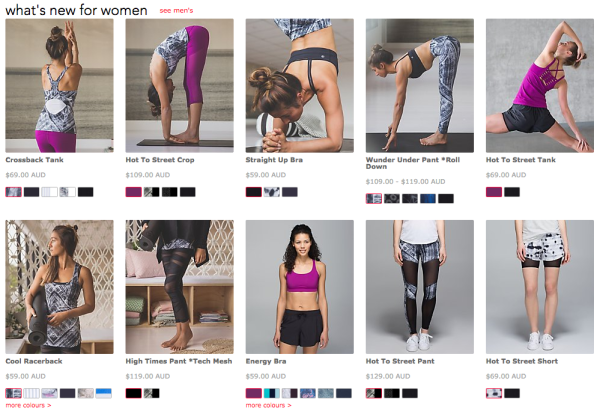 The “face” of upload flows really nicely here: heat wave, regal plum, ghost weave, and if you scroll further, a little navy too.  This organized look reminds me of how North American uploads used to be.  I’m not sure if they’ve stopped being that way because of supply chain/port problems (you would think the former would affect Aus too) or because the North American team has simply stopped putting a priority on this (or maybe a little of both).

Anyway, onto the new! 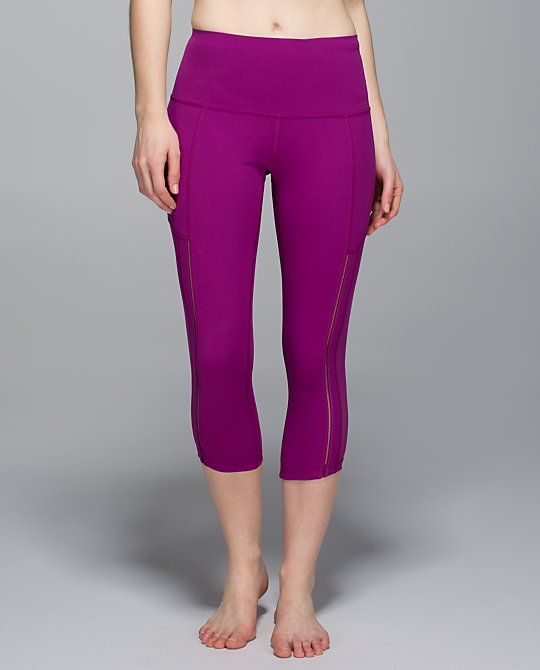 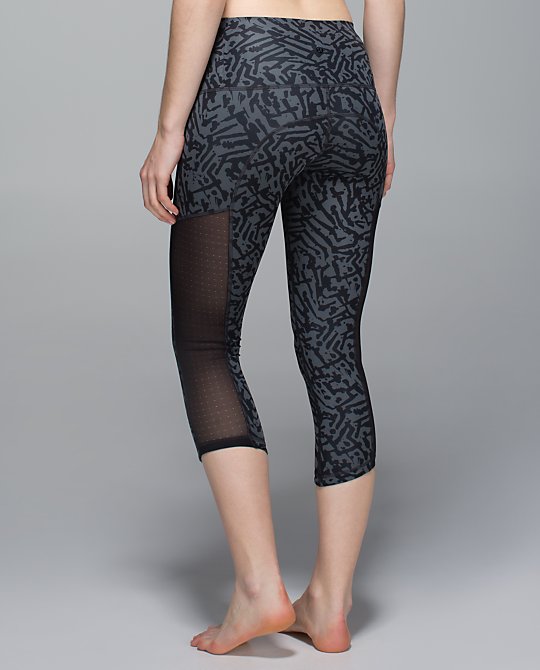 Part of the new hot to street capsule includes these crops in black, brushed animal coal black, and heat wave.  These use the current trends of perforation, mesh, and those little pinstripe-ish mesh details that I don’t quite know what to call. 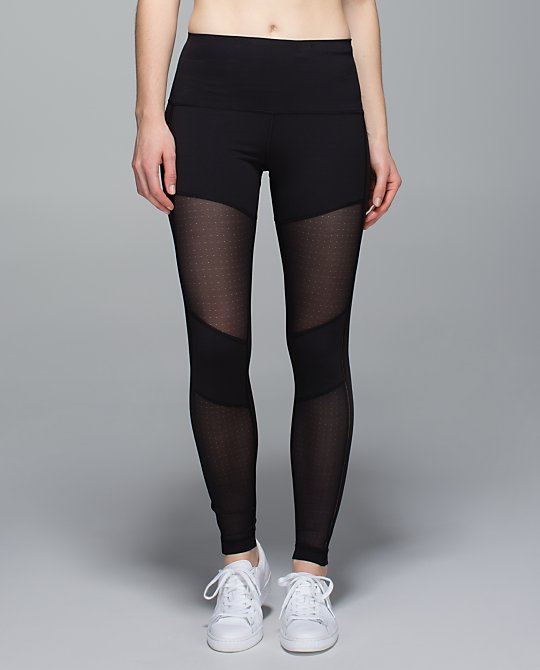 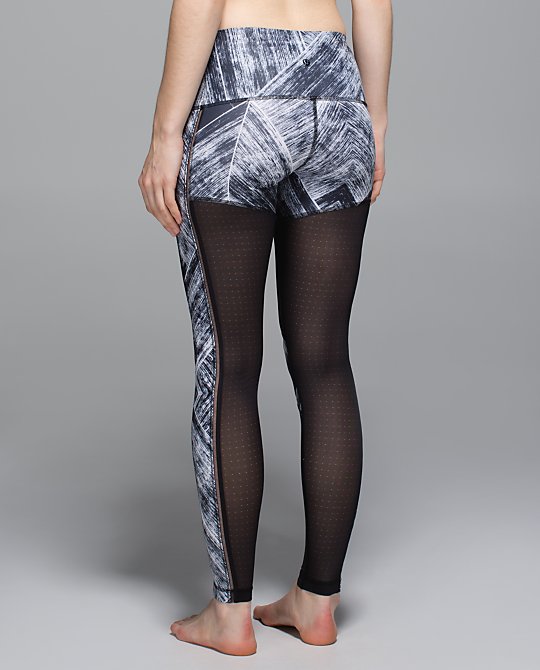 The hot to street pants…wow.  Same design motifs as the above, but the massive blocks of mesh in the front and the back are a little jarring, especially in heat wave. 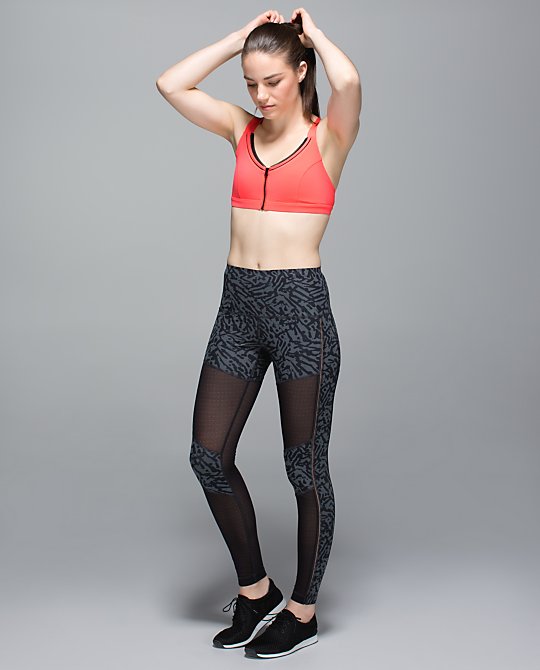 There’s some kind of new zip-front bra pictured in this photo of the brushed animal coal black hot to street pants. 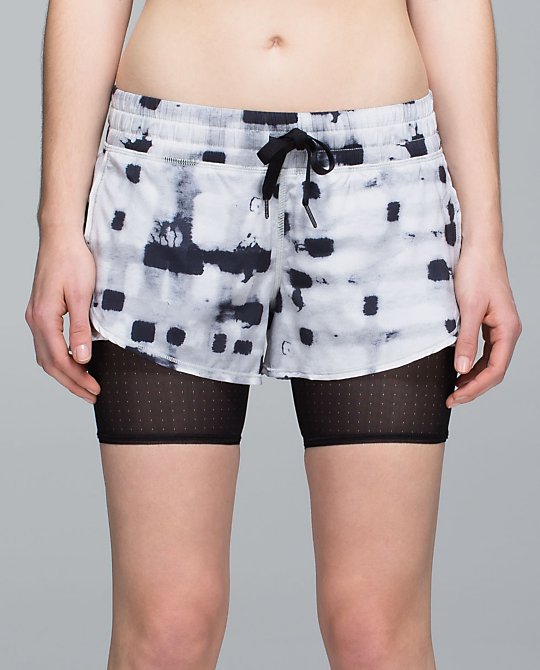 The hot to street shorts layer swift shorts over a perforated mesh under-short.  I can’t do the shorts-over-shorts thing.  Ick. 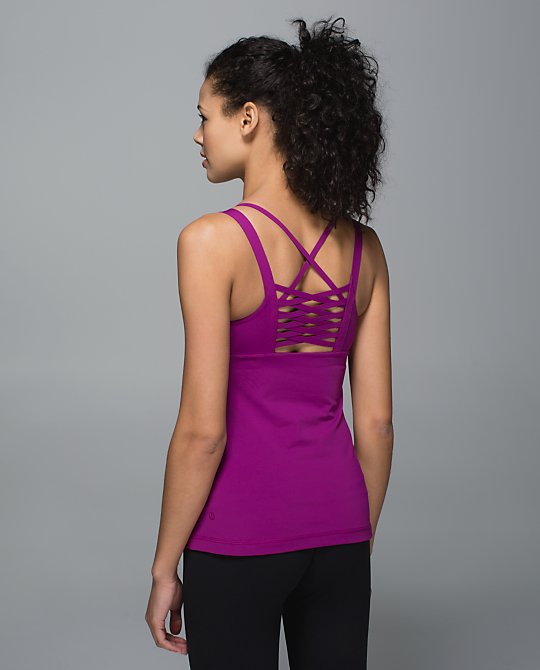 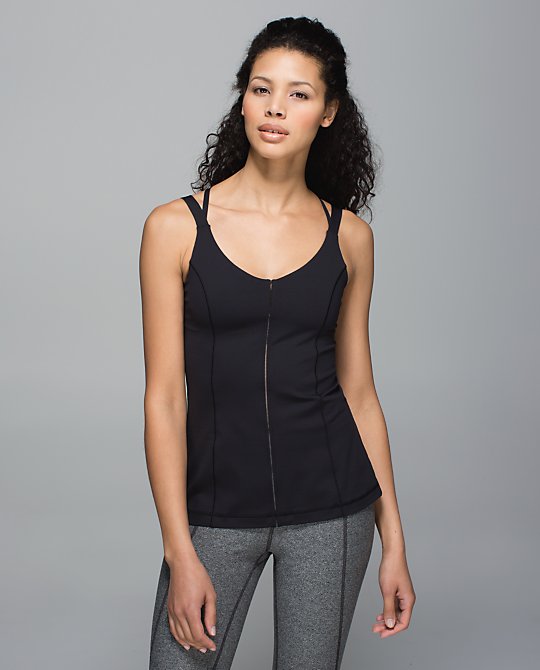 Rounding out the capsule (for now), the hot to street tank.  This basically looks like a tank version of the bonded bra, plus that thin mesh detail along the center front. 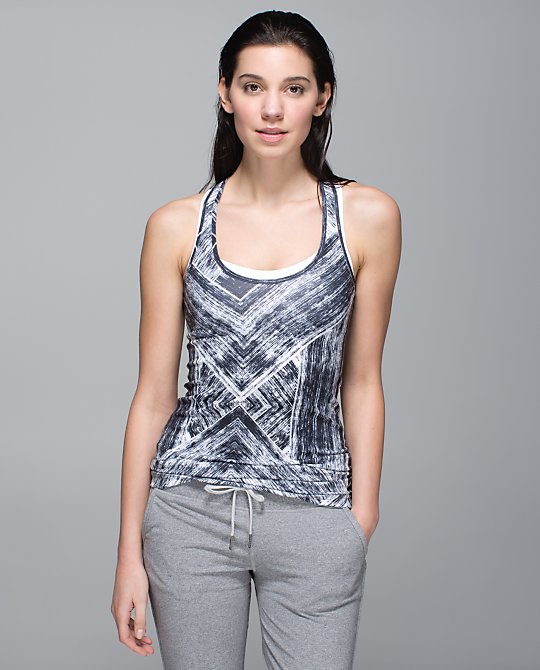 Moving on from hot to street, new heat wave cool racerback.  This was also spotted in a Singapore store and it’s all polyester/spandex.  In the closeups you can see the white “grin”, though it probably would blend in well with the pattern.  I still want this print on an energy bra and also probably speed shorts. 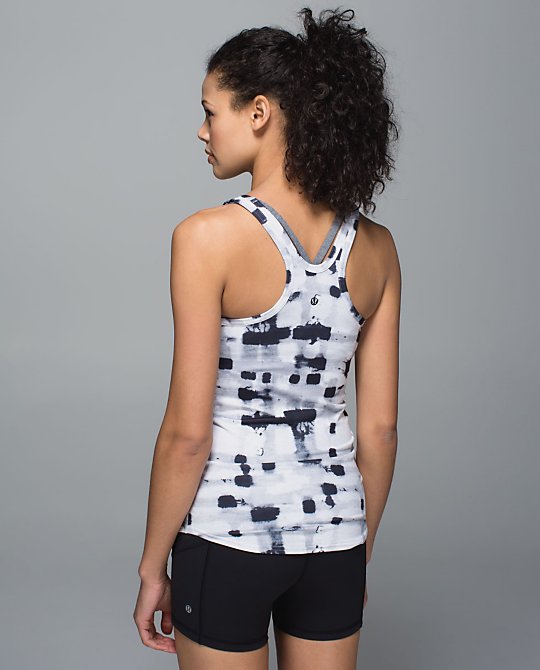 For studio racerback fans, there’s a new one in ghost weave. 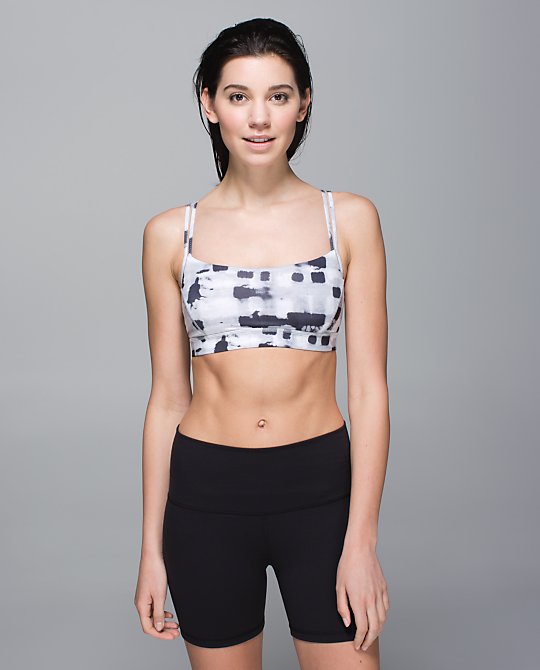 The straight up bra showed up in one color in another international upload a few weeks back, and has returned.  It’s cute in ghost weave. 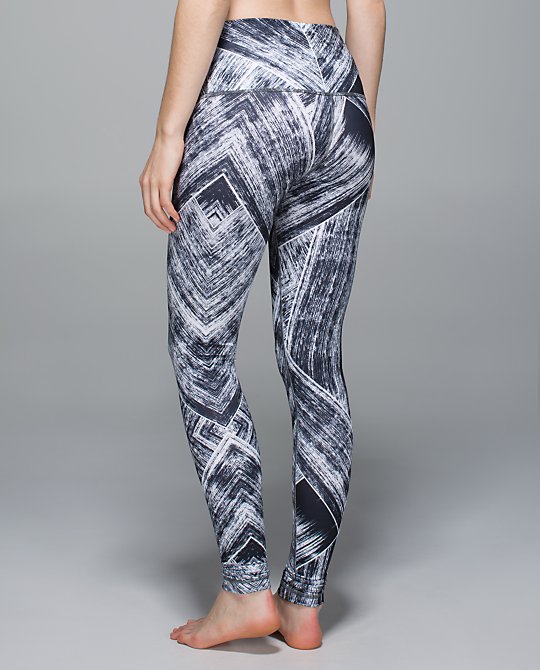 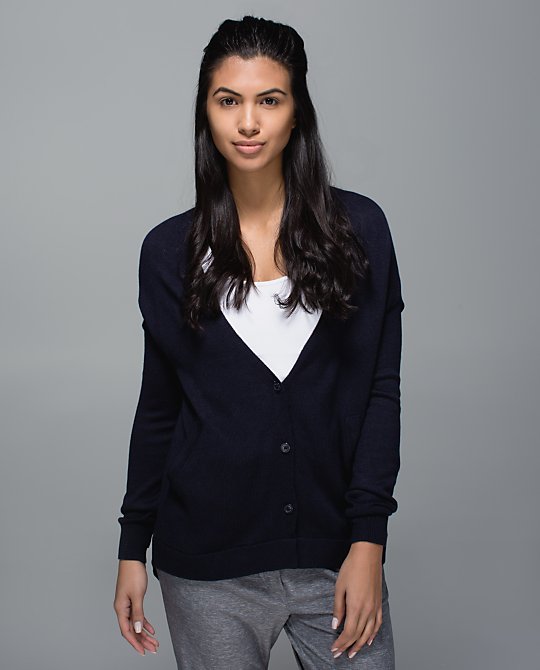 New cardigan with, guess what, another pun: the cardi in the front.  It’s boolux in the front, tencel in the back, and just naval blue so far. 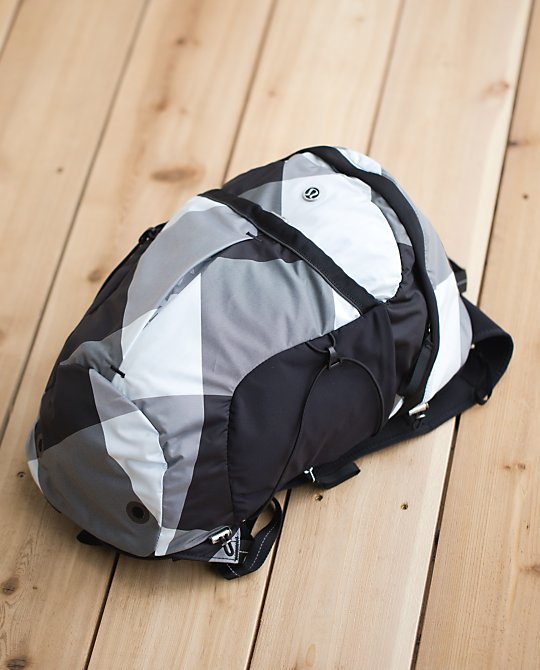 Lastly, those of us who’ve been eyeballing the run all day backpack, here’s a new one in oversized buffalo check almost blue/black.