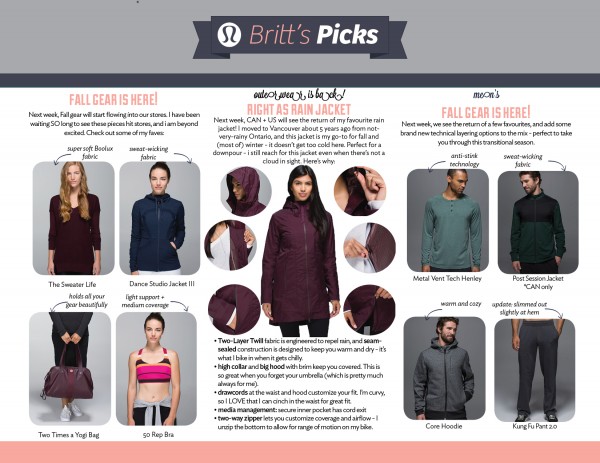 The weekly Britt’s picks sneak peek is up!  Fall is rolling out in full force!

The right as rain jacket is coming back, in bordeaux at least.  A new sweater (“the sweater life”) made of boolux is coming, as is a new “two times a yogi” bag.  Rugged blue will be making an appearance in the dance studio jacket at least, and presumably other things too.  The stripes on the 50 rep bra make it look like there will be a golden yellow shade for fall, too, which looks similar to Beyond Yoga’s harvest gold I posted last night.  Looks like jeweled magenta will be sticking around for a few more weeks, too.