Happy Memorial Day weekend!  Besides the new stuff that’s popped up over the last week or two, there’s also a whole heap of sales for the long weekend.  News first, then scroll to the bottom of the post for sales! 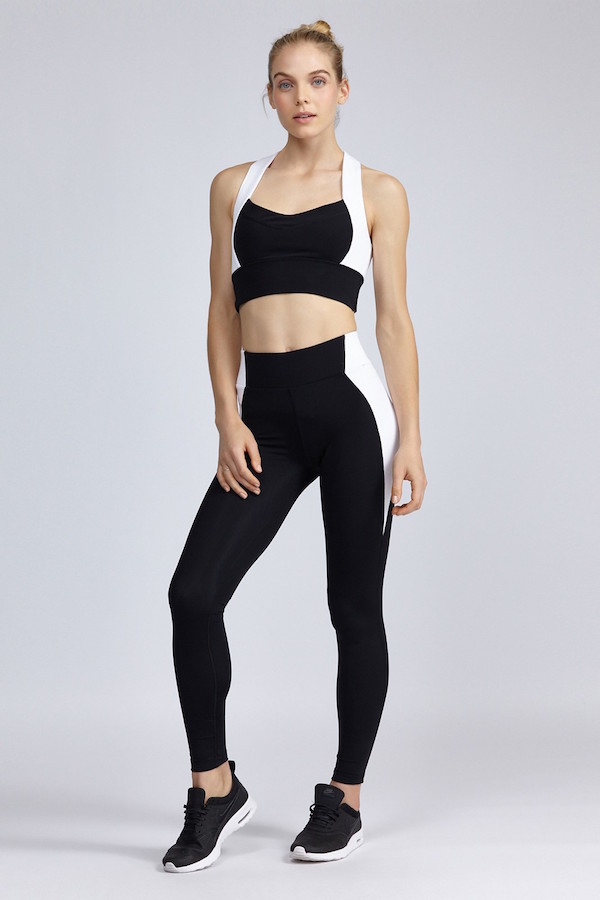 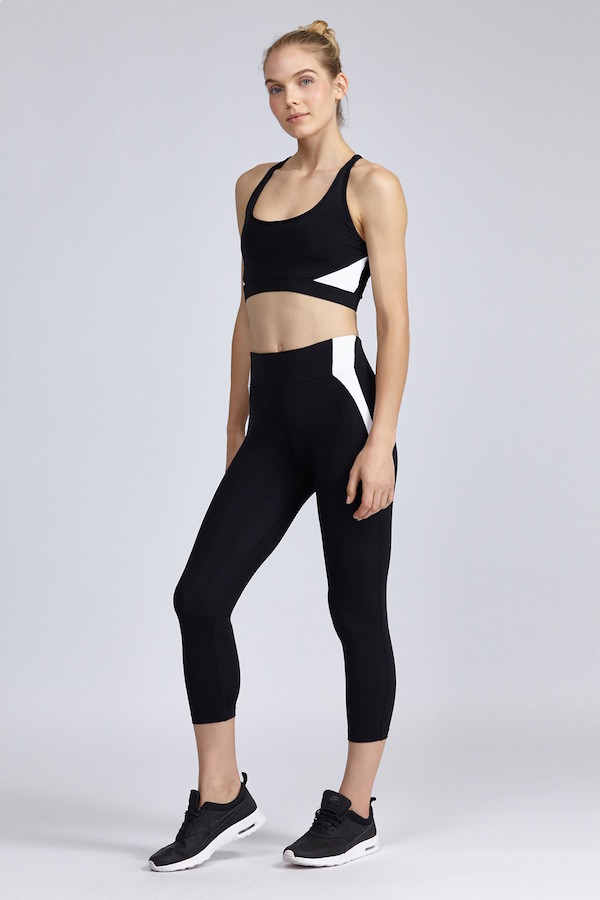 Bandier dropped a couple of exclusive collections in the past couple of weeks.  First up, Monday Active made its debut.  This label is the brainchild of Natasha Oakley and Devin Brugman, co-founders of A Bikini A Day and Instagram superstars.  Their line only has a handful of pieces and is very simple, rendered only in black and white.  I’m curious to try the Tash bra. 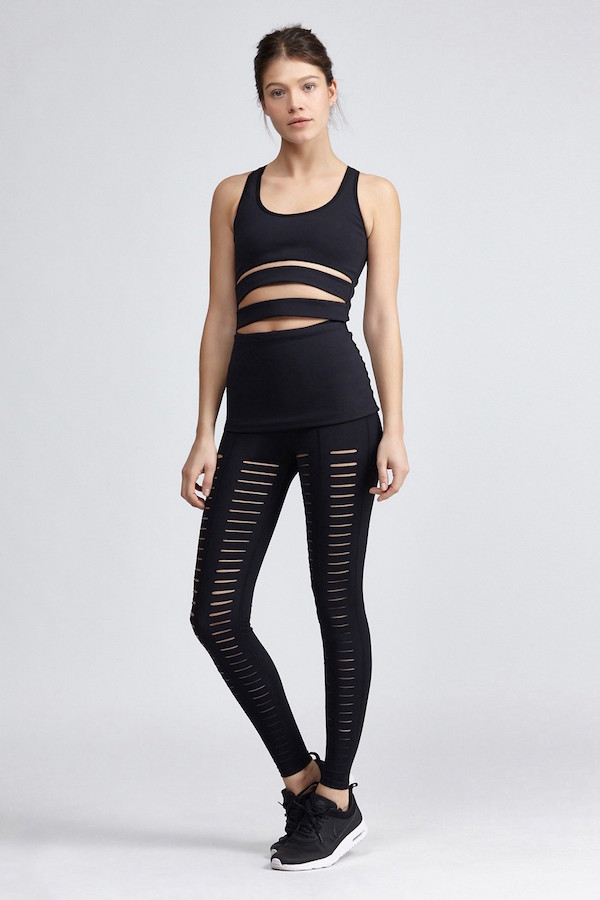 Next up in the Bandier lineup, Cushnie et Ochs is a fashion label that ventured into the world of spandex.  Their line is geometric and a little vampy.  Think mesh, cut-outs, and head-to-toe black. 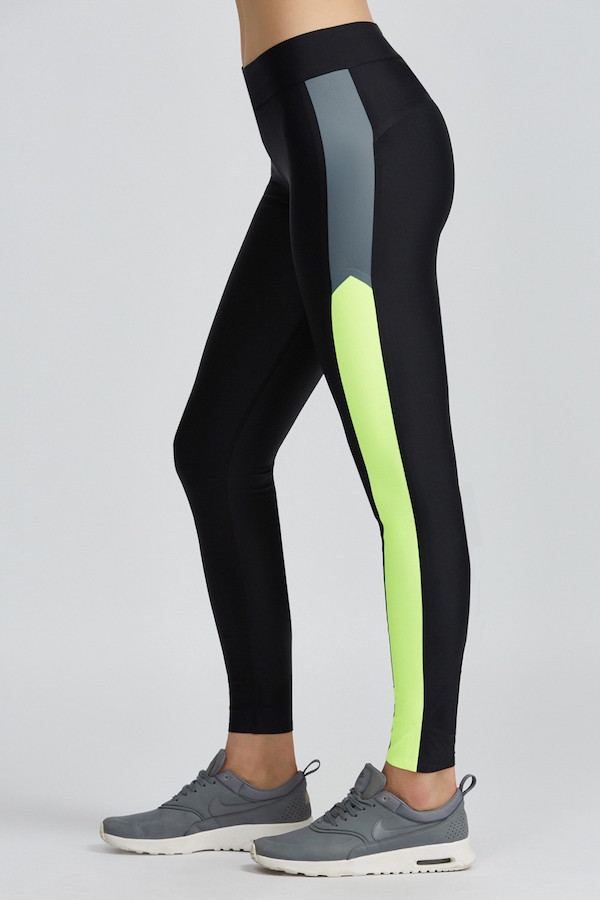 Thirdly, Bandier also added designer Laain to their line-up, which is a brand I hadn’t heard of before.  Their style is very geometric and athletic, and if you look closely you’ll see bonded seams, too.  Both of these new lines underscore Bandier’s relentless determination to become the go-to active shop for the New York high fashion set, versus the more approachable vibes from other retailers. 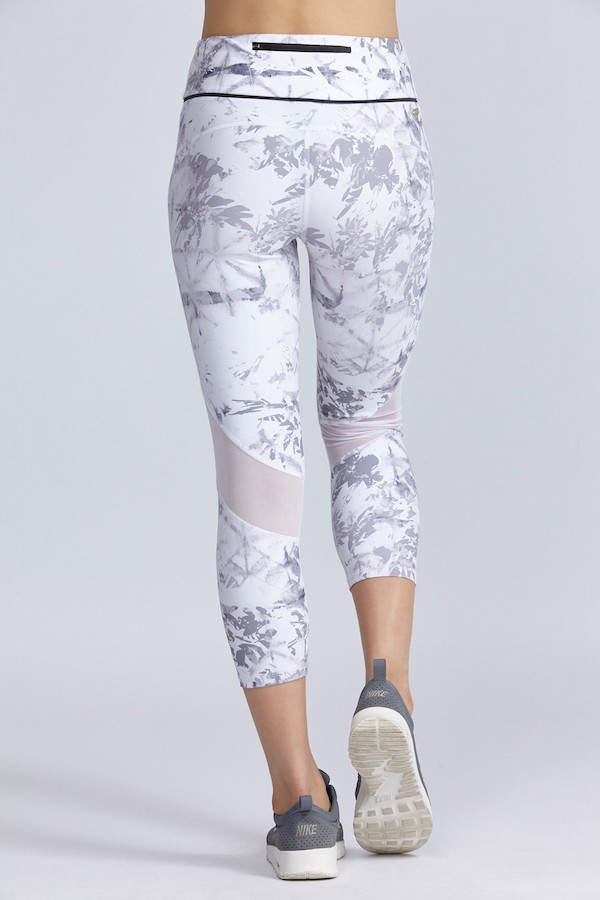 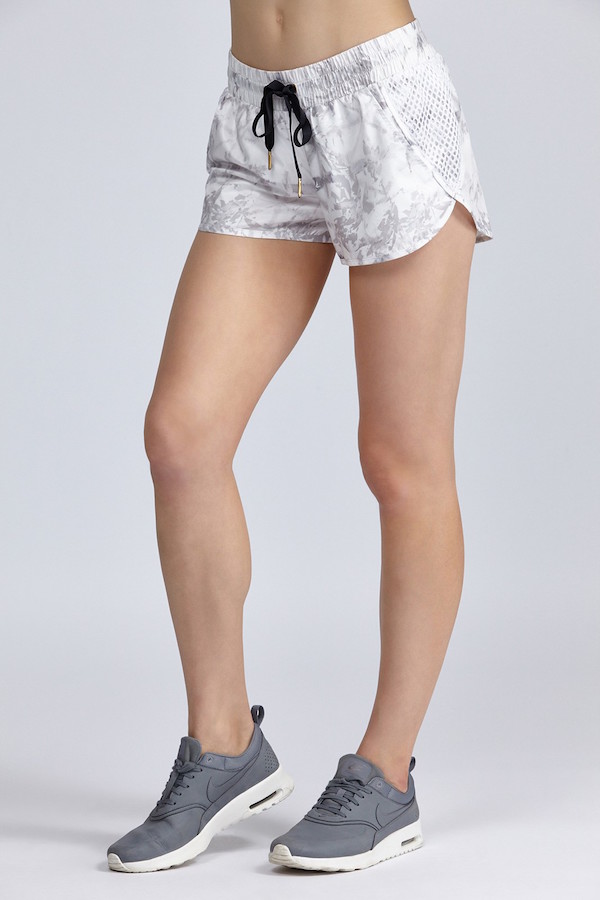 Last thing from Bandier: they just added a couple new Alala styles in white shadow.  I ordered the captain crops and woven shorts pictured above.  Since the opacity was so good on my electric stone captain tights, I’m hoping I’ll have good luck with this print, too.  The shorts are a little bit of a gamble, too, since they had a similar short last year that didn’t fit me very well.  It was a different material though, so we’ll see how this year turns out!

Alala has been releasing a ton this season.  Every time I think they’re done, I see something new.  I thought I was just about done with my Alala wishlist for the season, but apparently not!  I also like a couple pieces in their new heather grey lineup, which you can find at Bandier or the Alala main site. 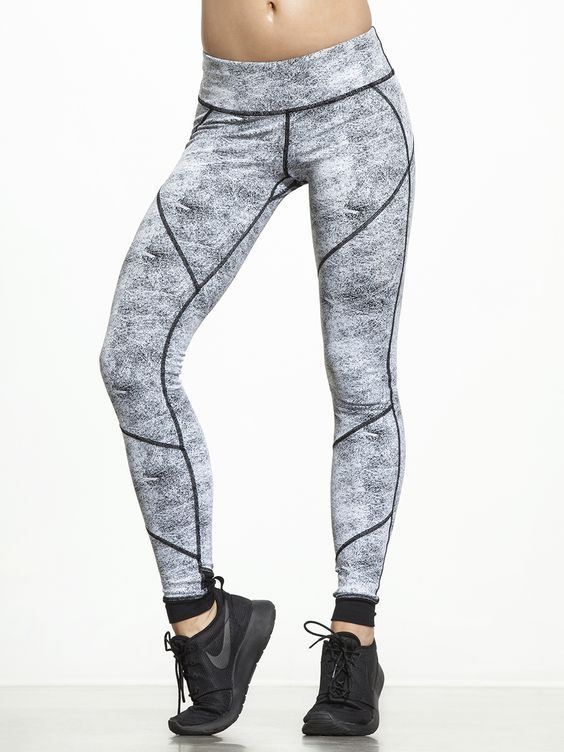 Vimmia released these new speed pants in a speckle print that I found on Carbon38.  I have the speed pants in python from last season and they were one of my best purchases.  The fabric is thick with just the right amount of compression, and they fit me like a glove.  Although I would recommend the speed pants based on my experience with my pair, the downside is that the fabric is very thick, making it more appropriate for fall/winter than spring/summer.  I found the splice capri version of the same print for 25% off via Backcountry, so I’ll report back on whether they’re more suitable for warmer weather. 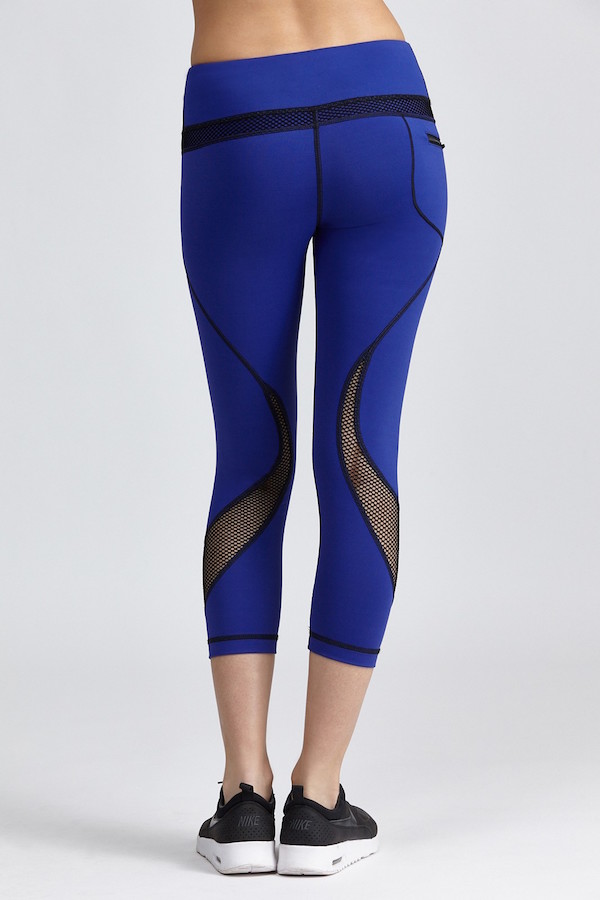 Speaking of Vimmia, these edge capris in ultramarine popped up on Bandier.  Reminding myself I don’t need a third pair of cobalt crops. 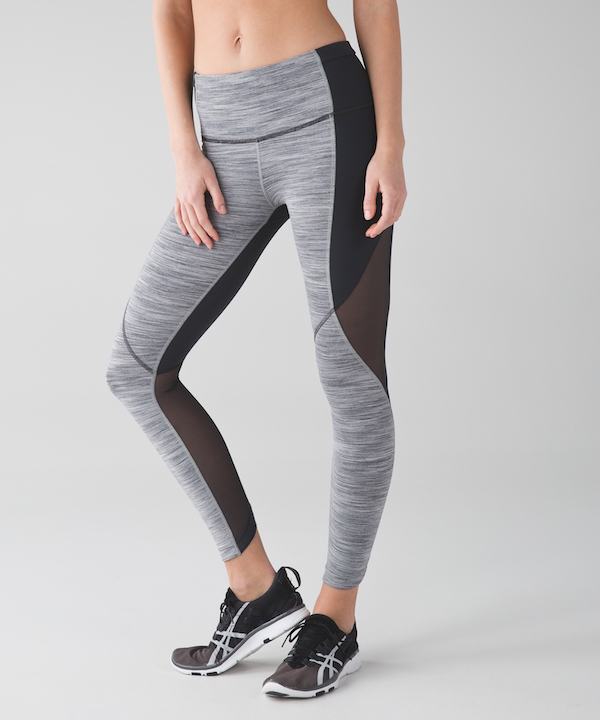 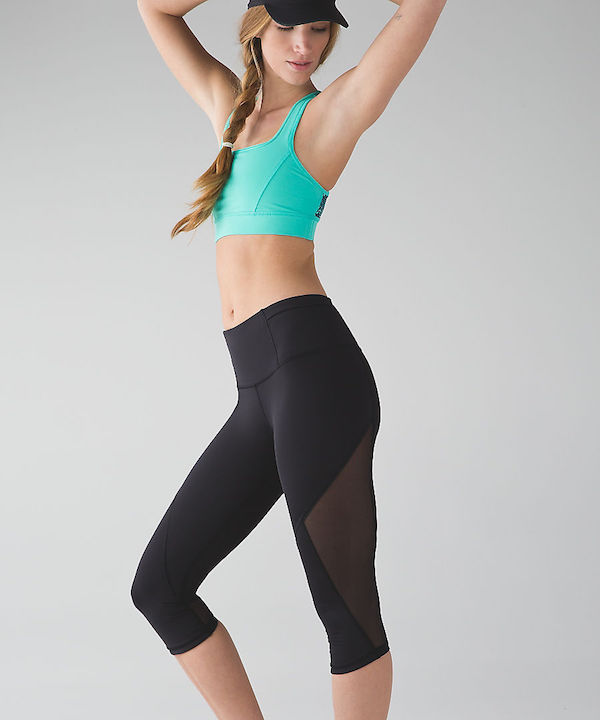 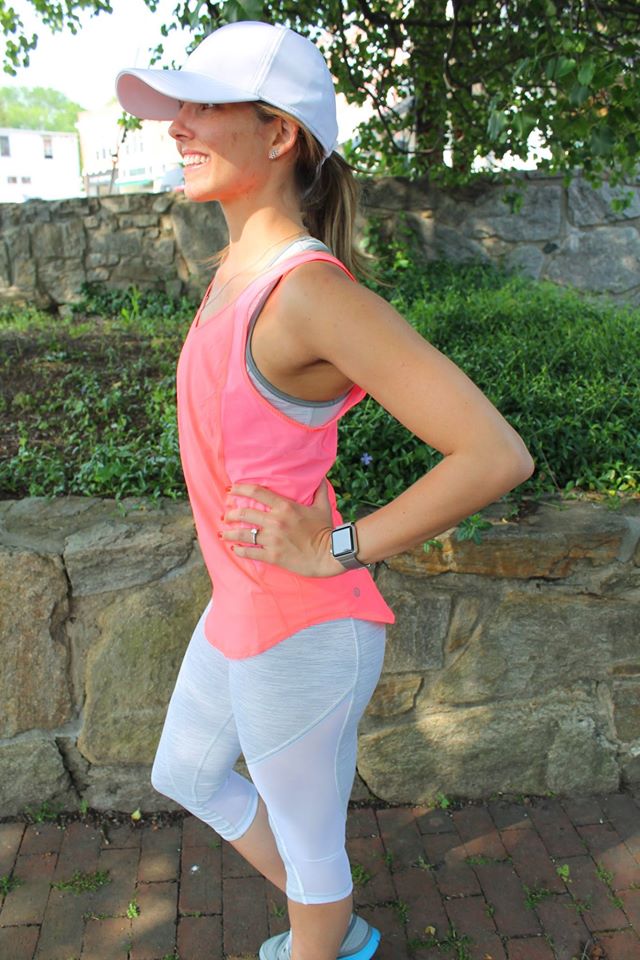 This new wee are from space color is especially pretty.  This color hasn’t been added to the website, but is in some stores so will probably upload shortly.  I would actually consider buying these, but unfortunately, I’ve heard reports they’re sheer.  But if I get a chance to try them on, I’ll definitely give them a shot. [Pic credit: Lululemon Westport store] 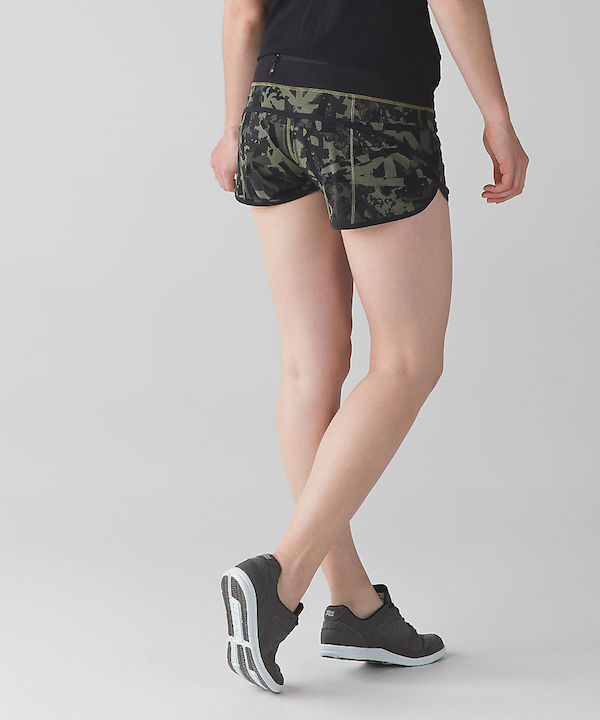 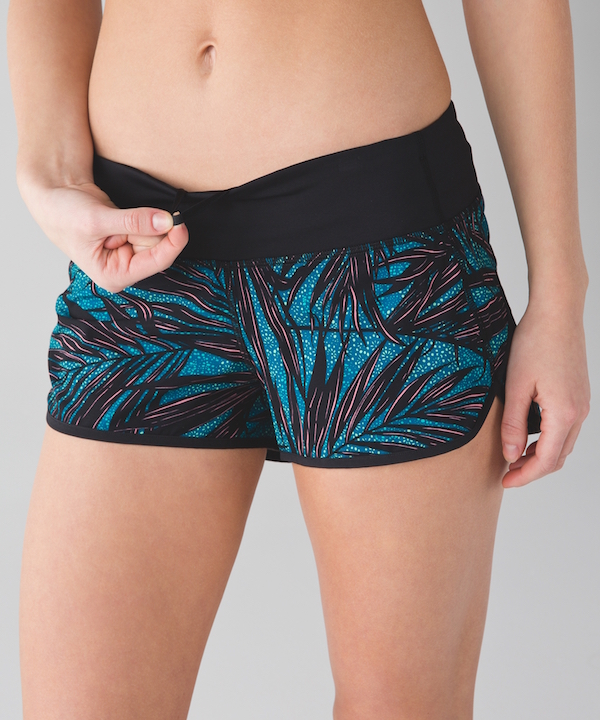 Lulu also released a couple new speed shorts.  Above are pop cut fatigue and palm lace tofino.  None of the latest colors are ringing my bell, but they’ve been popular with others.  In fact, there was another more color variation of pop cut, but it’s already sold out!

Since my last news post, lululemon launched their brand new website.  I definitely think their previous site was getting a bit tired, so I think it was a good decision for them to freshen things up.  That said, functionally, the site is a little bit frustrating.  It’s easy to miss new colors of items, because you can’t see the color swatches unless you hover over the item.  The swatches are also tiny, so it’s hard to see what they are in general.  You also can’t hover over for the name of the color like you used to be able to.   Also, since everything is bigger and the top menu takes up a lot of space, it feels a bit cramped (at least on my laptop).

Also, visually, I really don’t like that the featured product images are now “floating”.  I prefer to see the styles on models, and it makes the clothes look a bit teeny-bopper-ish.  That plus something about how the images are floating just looks very unnatural, which really does not make the clothes look appealing.  Speed shorts, for example, are a perennial favorite of mine but look really bad in the floating pics (example).

Overall, not loving the user experience, so it’s definitely going to take some getting used to! 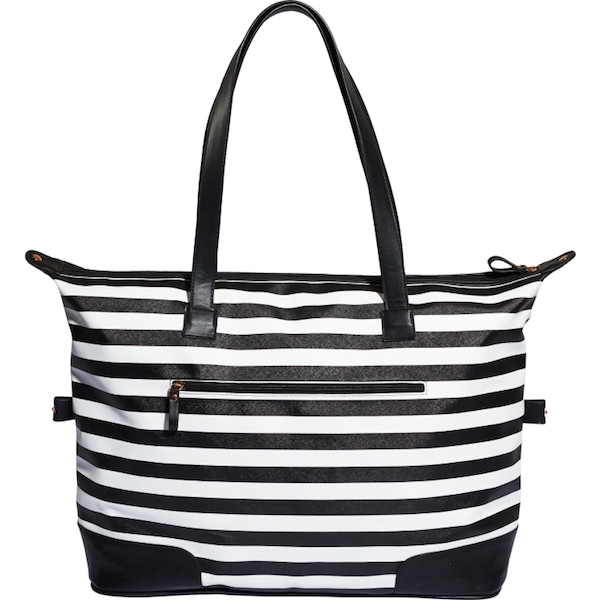 I’ve seen this bag in a few pictures, and it’s now available here on the Calia website.  Love the stripes, and I really like that the sides snap down for a more sleek look.  It’s $90 and looks like it has quite a few internal pockets for organization.  I’ve yet to buy anything from Calia, but this might have to be my first. 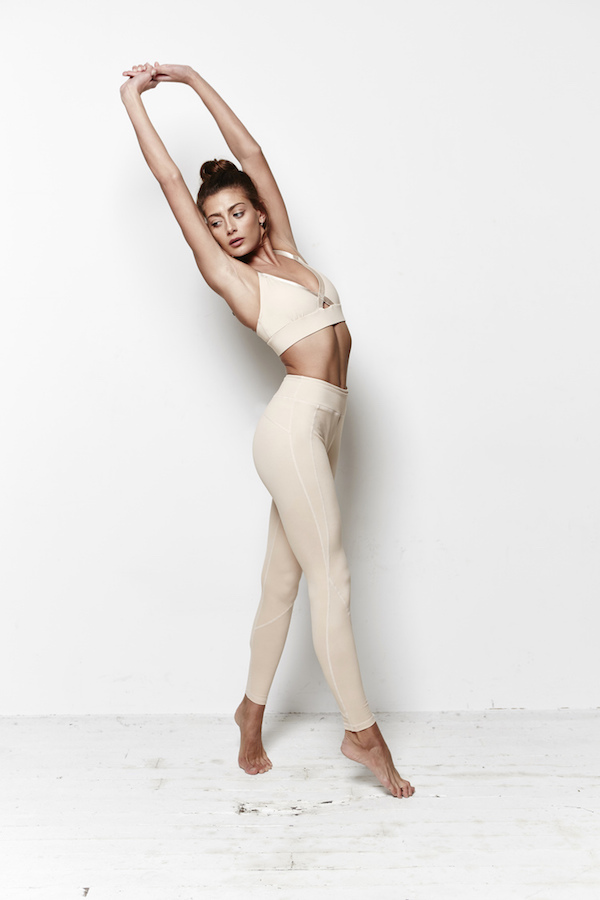 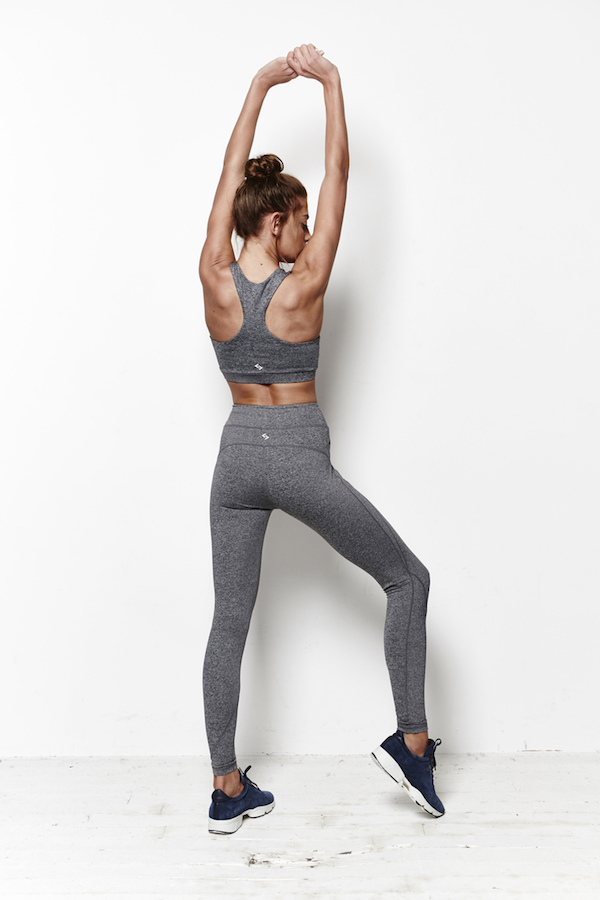 UK-based label Adanola just released their sophomore collection, featuring more simple, neutral styles.  This season, they added a peach-tinged nude and navy to their lineup, in addition to black and heather grey.  This brand is all over Instagram and I’ve been curious to see whether they live up to the hype.  Their prices are pretty reasonable–after the exchange, a pair of leggings is around $70 USD.

This isn’t an exhaustive list of sales, but here are a few deals to know about this long weekend:

Lorna Jane | Up to 50% off select styles

Nordstrom | The half-yearly sale is underway!

Zobha | 40% off sitewide with code LONGWEEKEND.  It’s the perfect time to grab some of my favorite workout undies.