A couple new products have cropped up in product notifications.  First, the tracker short is said to be coming black swan heathered black herringbone–I don’t have a pic of this.  Trackers have been getting lots of good colorways lately. 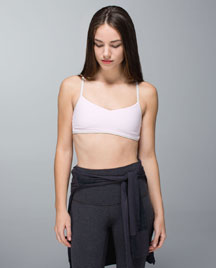 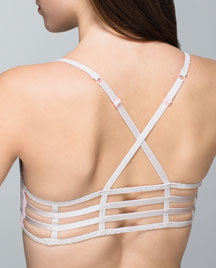 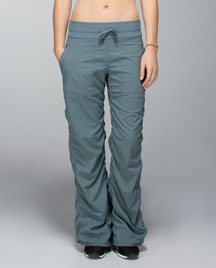 These studio pants are called “deep shore”.  Different from earl grey apparently, but they look awfully similar.  That is, unless someone was mistaken and all the earl greys are actually deep shore, or vice versa. 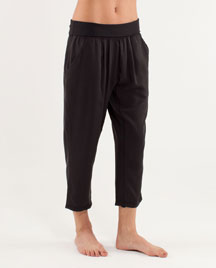 And these post power crops are back straight from fuglyville, in black, earl grey, and cadet blue.  Gross. 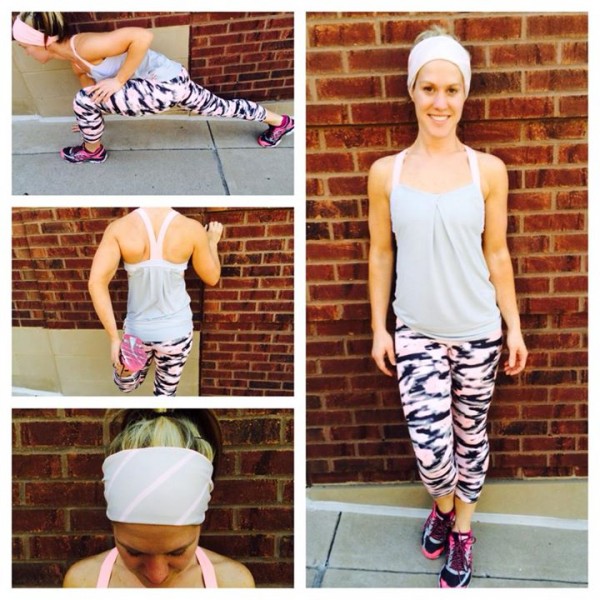 Rest less tank is in yet another color: bleached coral/heathered light grey.  Not sure why they are making more of these, I didn’t think they did all that well the first time around.  Also shown are the wamo camo wunder under crops and the new pop stripe dune/bleached coral bang buster.  [Lululemon Hill Center] 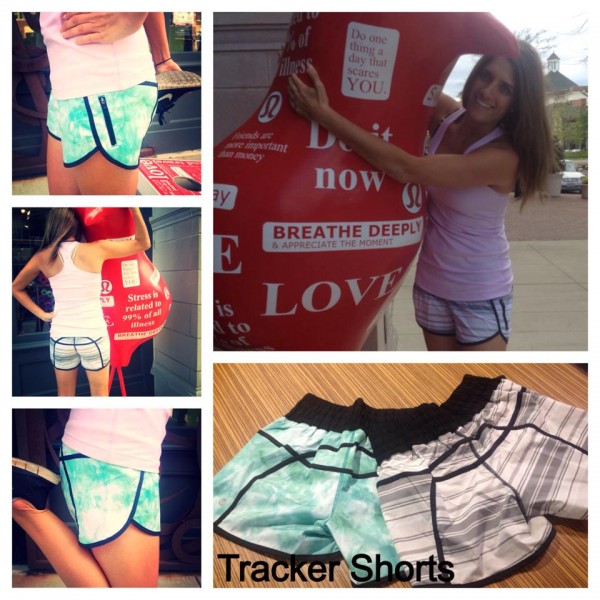 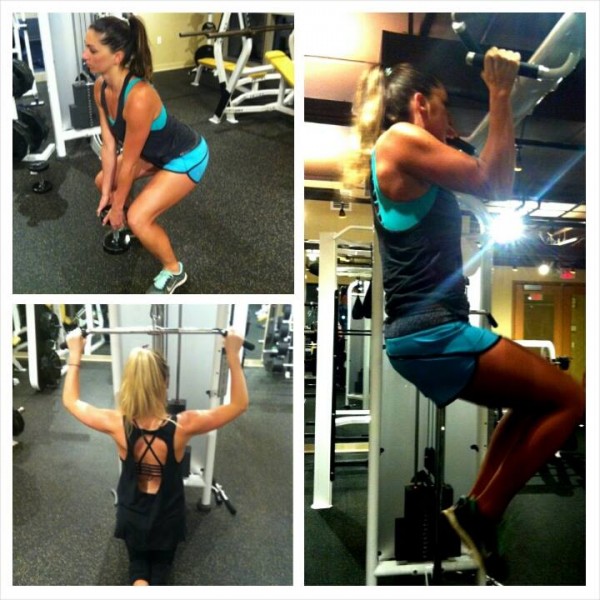 Looks like there’s a bra coming in blue tropics–pretty!  Can’t tell what bra it is unfortunately, maybe the free to be wild??  [Lululemon Ala Moana Center] 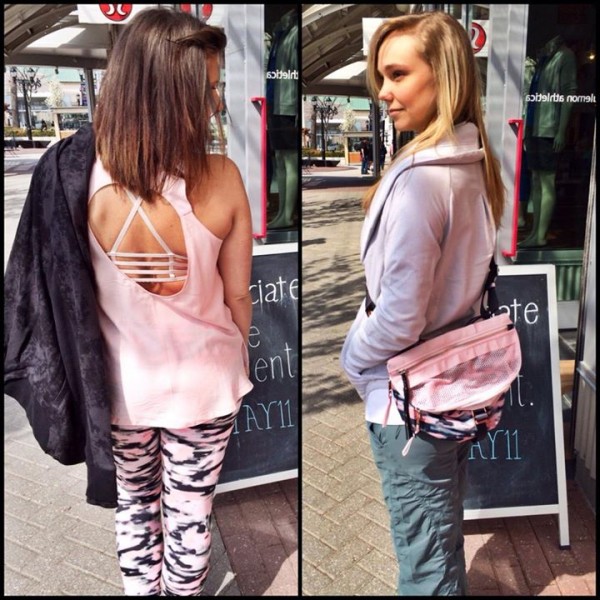 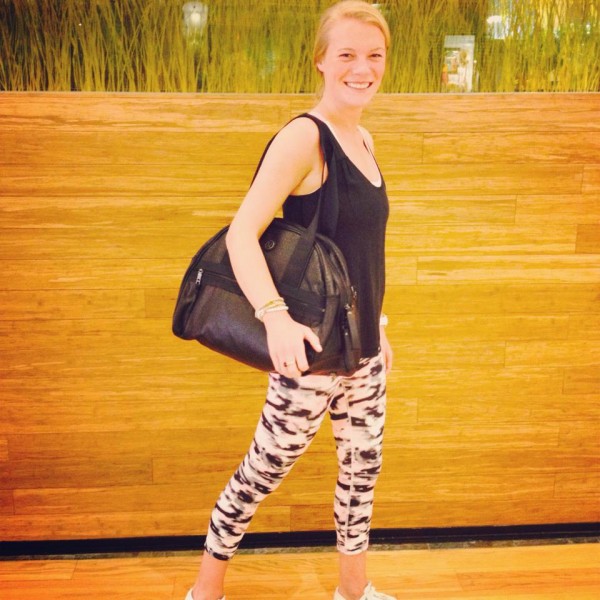 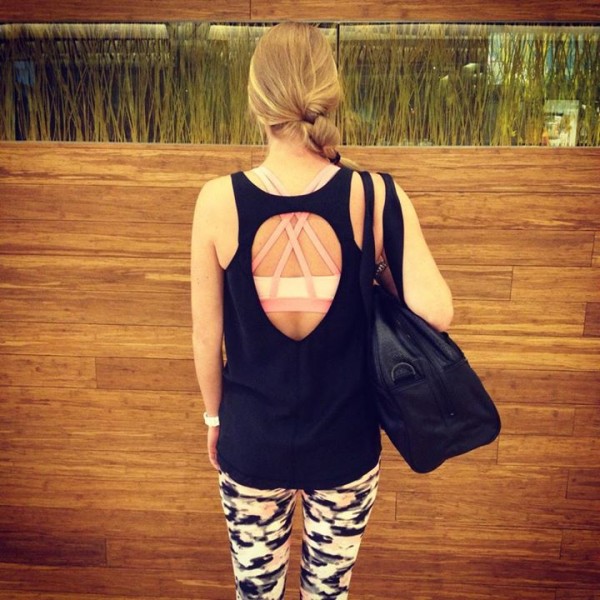 A new energy bra in what looks like it could be bleached coral/barely pink (or white?), but since there’s a filter on the photo colors are hard to pick out.  Also, the flow to om bag in black, the peace of mind tank, and the ubiquitous wamo camo wunder under crops. [Lululemon Northbrook Court] 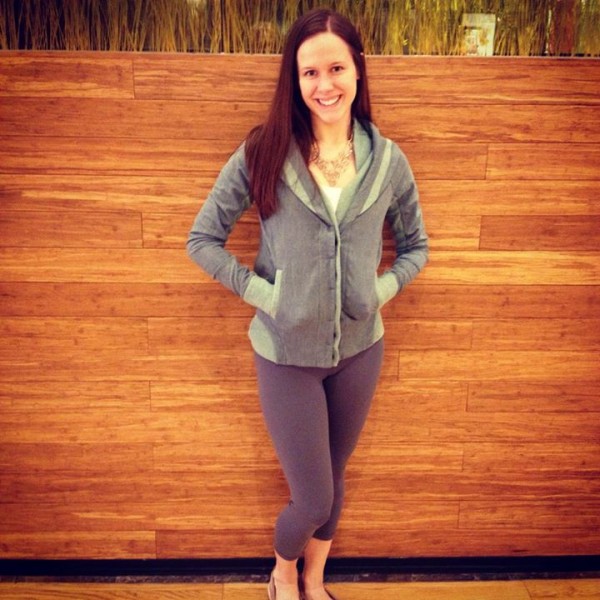 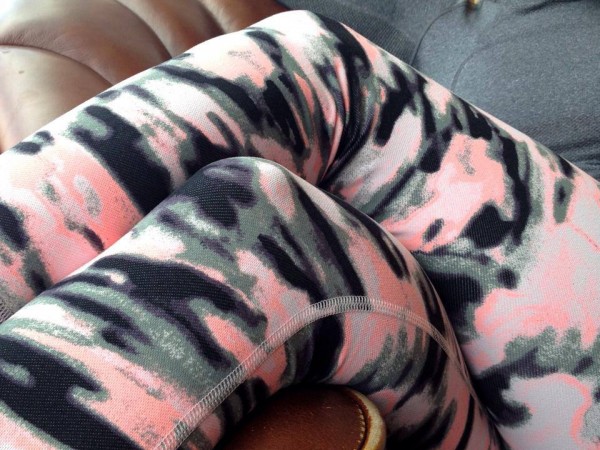 A closeup of the wamo camo WUC (denim luon, like all the patterns lately).  You can really see the earl grey here. [Lululemon Wayne]