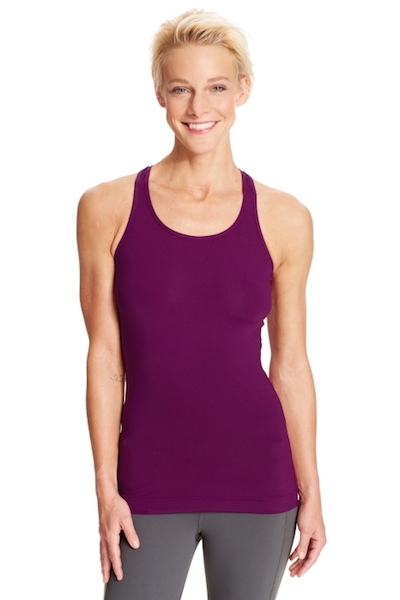 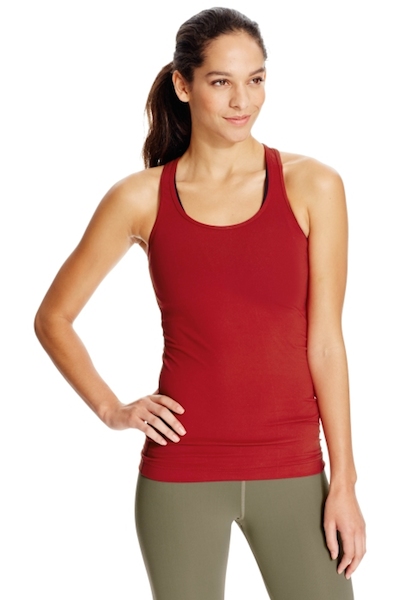 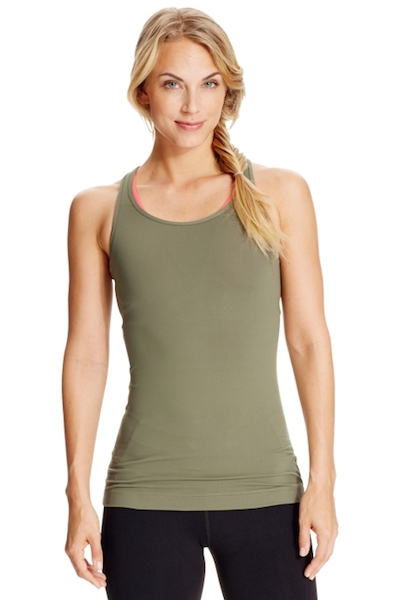 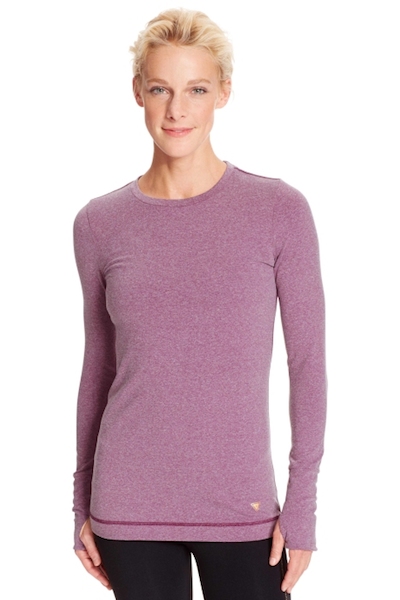 YogaSmoga has 3 new colors they’ve been adding new items in: viola, rudhira, and olive.  I especially like viola.  There have been a couple pictures (like this one on Instagram) that make it look like striped crops are coming in striped viola, so I’ve been keeping an eye out for those.  Olivine looks like it’s in the same color family as some of lulu’s earthy colors that are out right now, so these might work well together.  True reds can be hard to find, but rudhira looks pretty decidedly true red to me.  Also shown is their new up to the minute long sleeve, which is a tee made of a lightweight and soft version of their signature aurum fabric.  See more of YogaSmoga’s new stuff here. 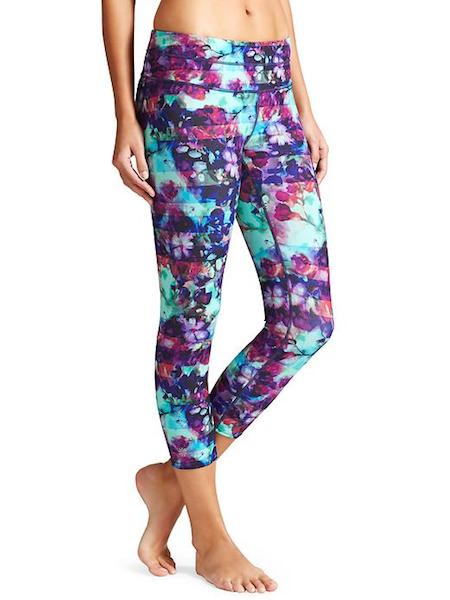 Athleta has a few new items in this new floral fade print.  It incorporates some really pretty colors, and I’ve heard some positive feedback on these sonar capris.  More new misc Athleta is over here. 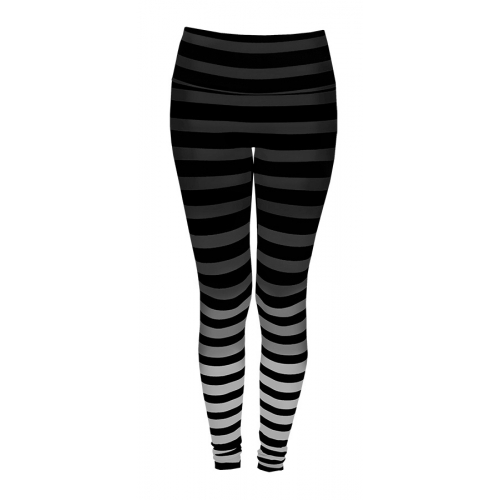 K-Deer, a smaller brand that I talked about in a post a couple weeks ago has a new greyscale version of their popular striped leggings.  This one’s called Jody stripe. 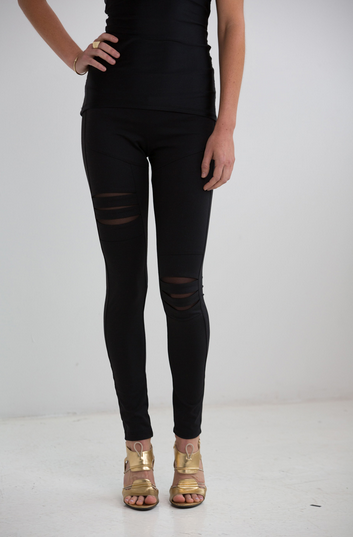 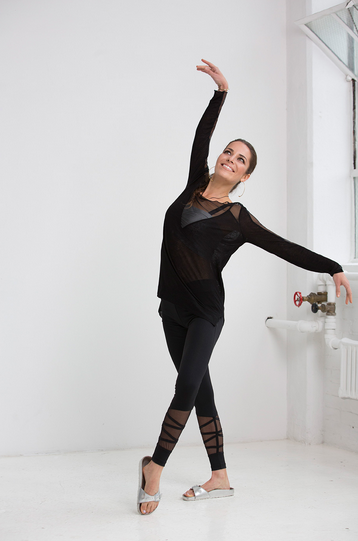 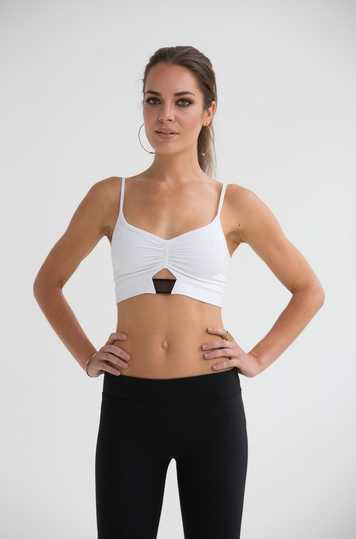 NeshNYC has a couple leggings added recently: the new torn legging has slashed accents with mesh underneath, and the ballerina leggings have a wrapped mesh detail at the ankle.  The hint bralette is also recent, which would be incredibly adorable transition piece for yoga and barre. 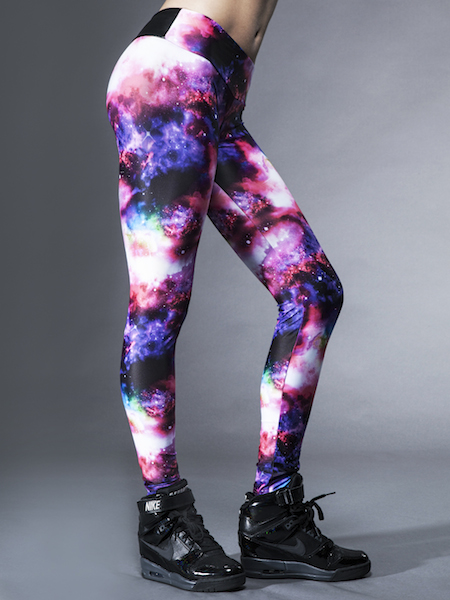 I am gradually getting more and more hung up on SukiShufu’s leatherback leggings.  These new universe leggings on Carbon38 aren’t helping–I have a soft spot for all things space themed. 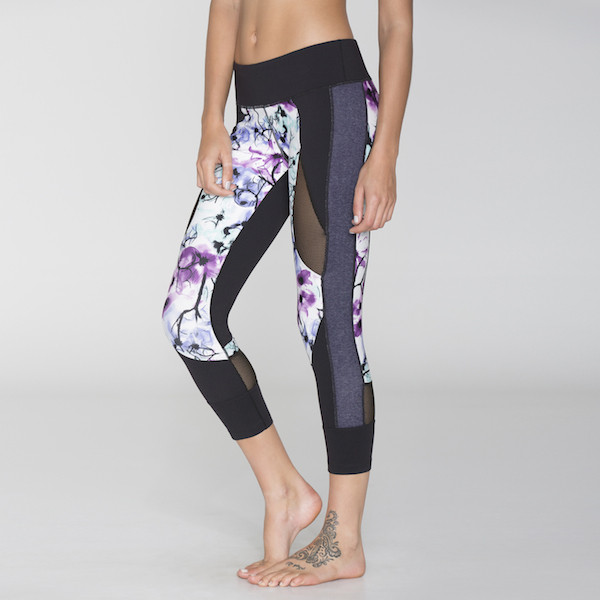 Splits59 uploaded nova reef crops in their new bloom print.  There’s also a daphne bra in this print.  I just received an order with a couple of Splits59’s new stuff, so keep an eye out in the next few days for a debriefing on that.