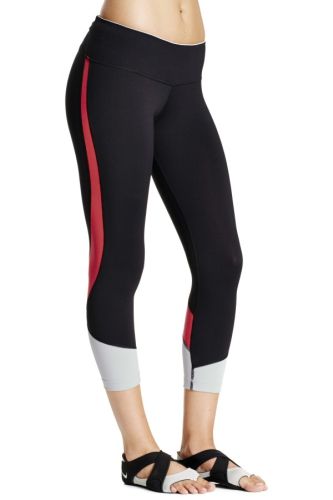 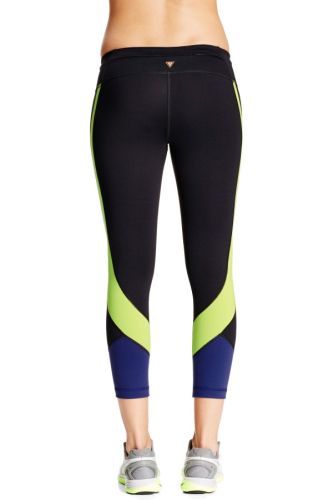 Their new momentum crops are made of the new Airh fabric, but the colored insets are Aurum (like luon).  The length is the same as their run jump ‘n play crops–20″ inseam (same as wunder under crops).  These bad boys currently come in the two colors shown and will run you $96. 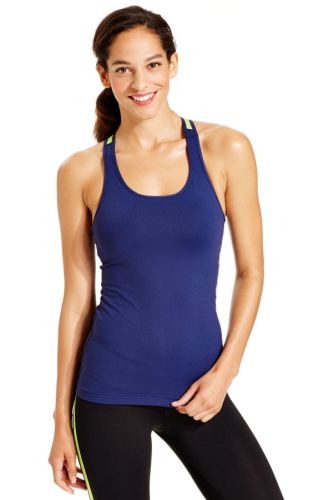 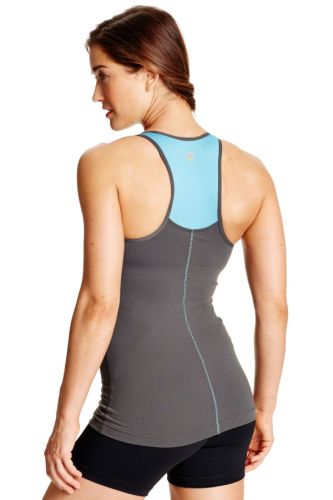 New imagine tank is a higher impact built-in bra tank, made of Aurum.  Just these two colors right now, and $66. 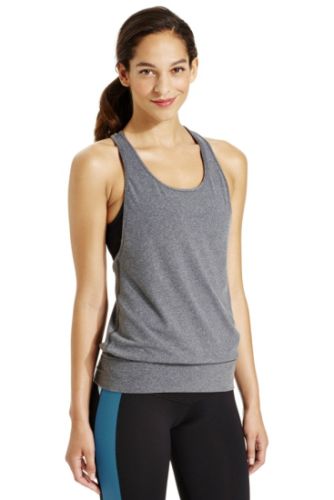 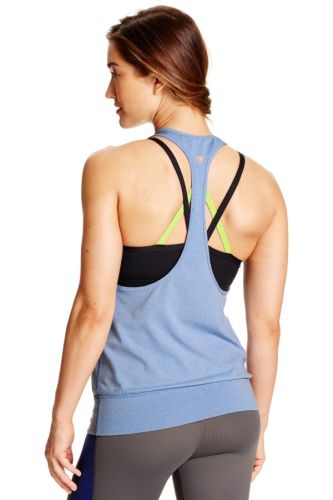 And finally, the free and easy tank.  So cute.  It reminds me of the 105F singlet, but banded at the hips.  It’s made of a lightweight Aurum fabric and looks heathered, but it’s hard to tell.  It comes in caviar grey and shangri-la, as pictured, and is $56.

And be sure to take note of that cute new strappy bra underneath!  It’s not out yet, but is coming soon.  Apparently it’s going to be a higher-support bra, which is great since most strappy bras are pretty flimsy. 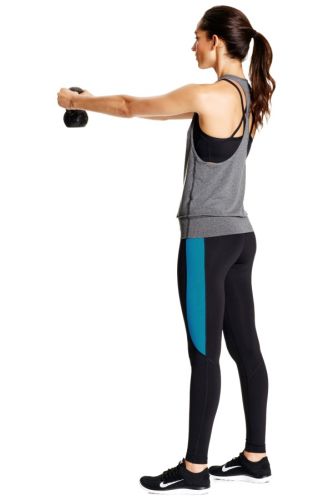 One more sneak peek: these pants aren’t out yet either.  They look like running pants, and I suspect they’ll be made of the new Airh fabric.

P.S. Psssst… Use my referral link if you don’t already have an account with YS. ;) Get $25 off your first order!