This week’s what we love previews are up!  Since a new month is starting, there’s a bigger influx of the latest prints and colors.

Also, to make you readers aware: after this week, I’ll no longer be posting what we love to the blog.  There are a few reasons I’m planning to make this change, including the fact that WWL is often a bit redundant with the uploads from international regions, and often I feel I don’t really have much to add, which means they often end up being less than useful/interesting posts.  As a compromise of sorts, I’ll be posting the direct link to WWL to the AA Facebook page. 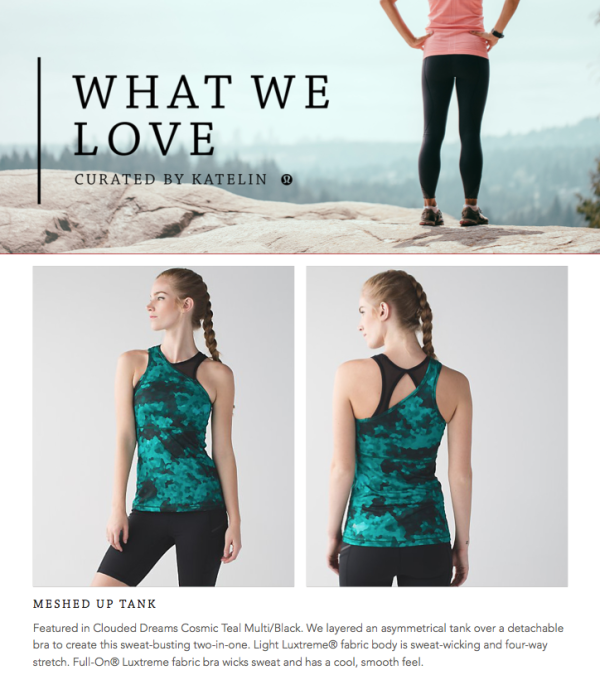 The all meshed up capsule, as seen overseas this week, will be dropping in North America. 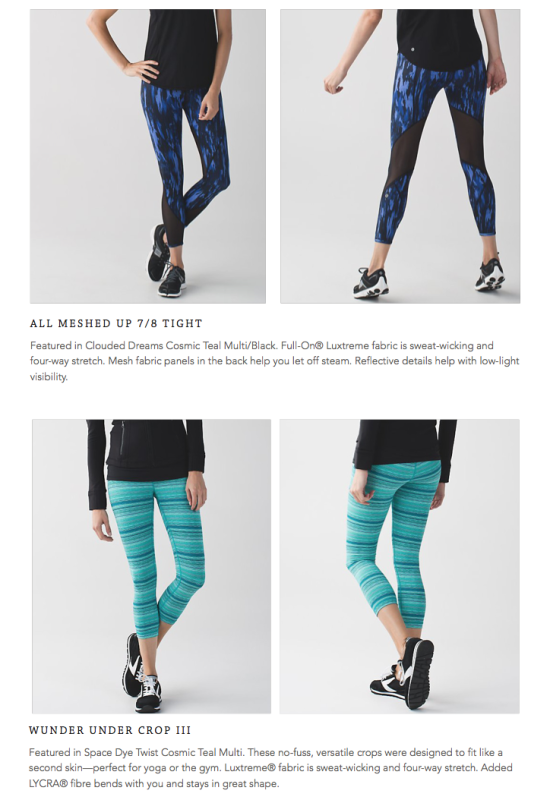 And again with the all meshed up: the 7/8 tights.  These are actually mislabeled: the print is painted animal sprinkler black, not clouded dreams.

For the third item, here we have some newness for real: space dye twist cosmic teal wunder under crops.  I love teals, so this color scheme looks fun.  I’m undecided whether it’s a bit too much or just right. 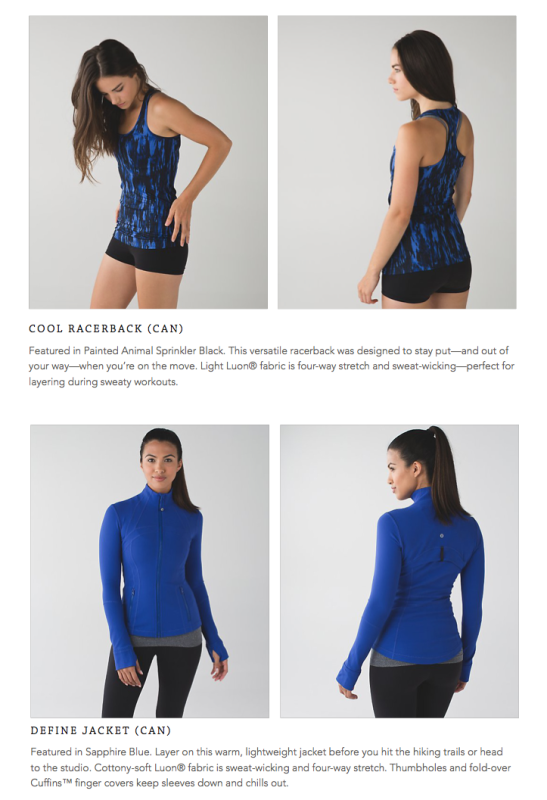 More painted animal sprinkler is coming in the form of a new cool racerback.  Nice color scheme, but I don’t care for printed CRBs, so I’m skipping out on this one.

The sapphire blue define jacket is probably the prettiest item for me this week.  Tempting, but it looks like I’ll have to wait at least one more week to decide, since only Canada will be getting this style this week. 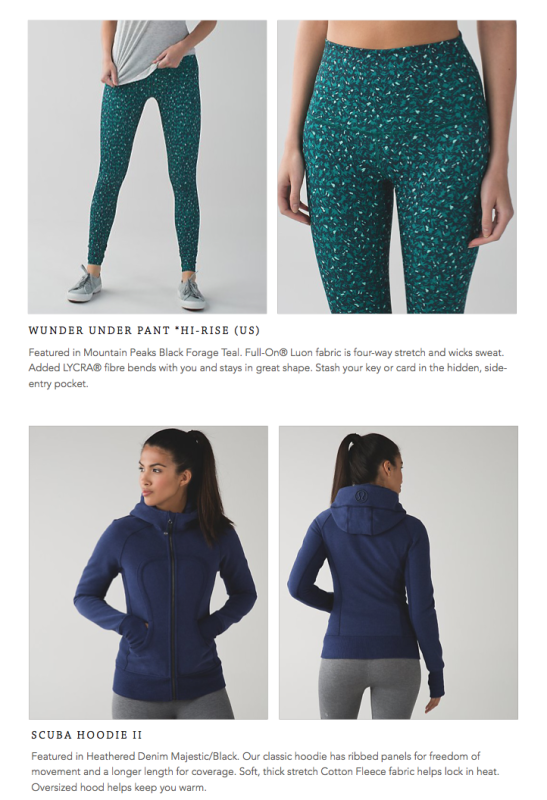 Besides brushed animal and clouded dreams, mountain peaks is another October print, coming up in hi-rise wunder under pants.

Lastly, a new color of the scuba ii: denim majestic.  Well, it’s new for this year, but this same color scuba was actually released last year, too.  It’s a gorgeous color though, so I can’t say I blame them for bringing it back!