This week on the what we love upload preview, Katelin mentions the theme of upload will be soft blues with wine and prints to accent.  In other words, probably lots of poseidon and lullaby, maybe with dashing purple and black cherry.  She notes that this week’s preview is small (and I noticed it’s mostly Canada’s stuff) but she will try to add more later since she said photos hadn’t been taken of some things just yet.  I’ll be checking back tomorrow and Monday.

Btw, speaking of additions, the Canada website now has the regal plum cool racerback available!  As of this writing, all sizes are still available.  Both the US and Canada also have the strawberry milkshake CRB, which I don’t think was there before on either side. 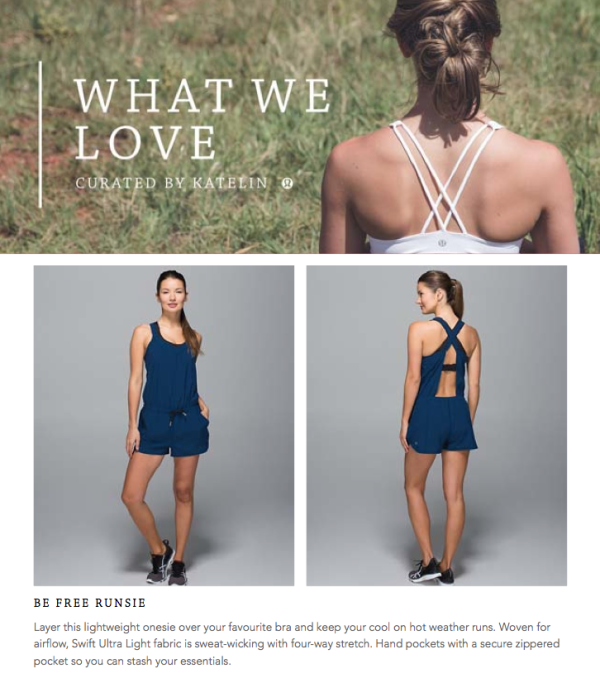 Oh yes, the runsie is coming!!  So far, this one seems to be going over better than previous runsies.  Several people have noted that it would be more practical/versatile if the back wasn’t so open.  I’ll be interested to see if the legs flare on people in store pics as badly as they do here. 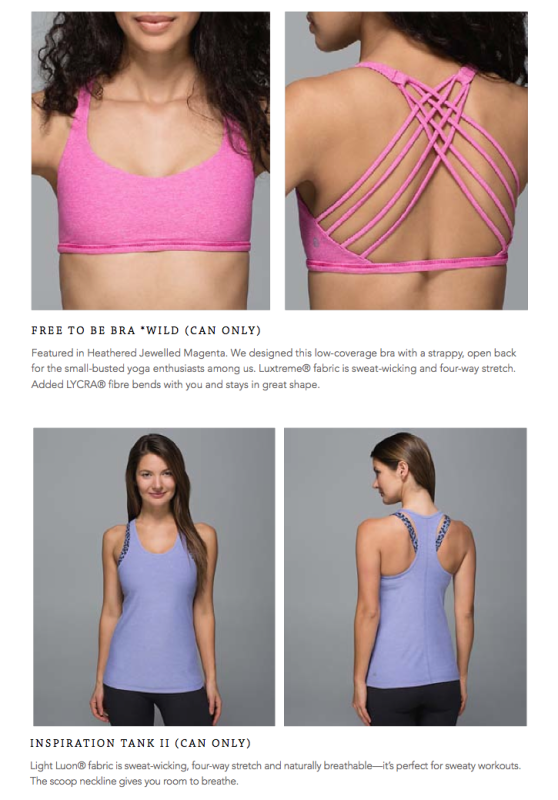 The pretty heathered jeweled magenta free to be wild bra is making its way to Canada, along with the new version of the inspiration tank in heathered lullaby.  The UK site also has a version in heathered slate/jeweled magenta, so that might be a color we’ll be seeing as well. 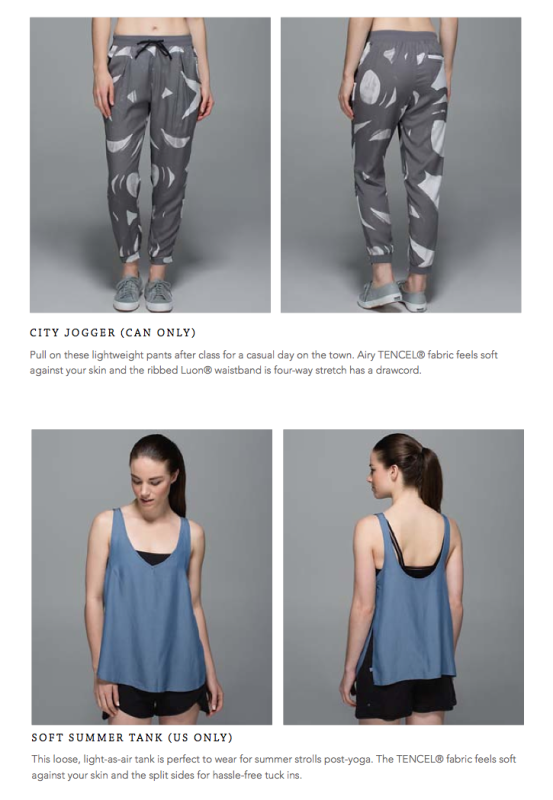 Two new styles to see: the city jogger and the soft summer tank, both in tencel.  The print on the joggers is new, I’m not sure what it’s called, but if the model took her shoes off, it would totally look like she was wearing PJ’s.  The cut looks similar to the jet crops, but probably closer to the original version than the slim style.

I thought the soft summer tank was just the wake and flow camisole at first glance.  The cut looks very similar, except this one has thicker straps, a more dramatic v-neck, and split sides.  It’s not very flattering on the model, which doesn’t bode super-well for this style.  I think the split sides are what make it flare away from the body in a sort of tent-y way. 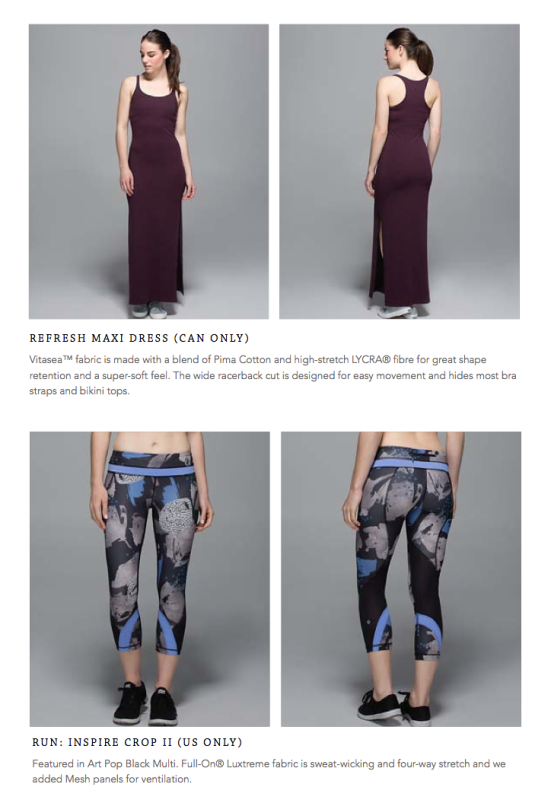 The refresh maxi dress was actually uploaded to the US several weeks ago in hyperstripe, but now Canada will be joining in the fun with their own.  I’m not sure exactly what color this is–black cherry I think?  Maybe the hyperstripe will be uploaded too?  This style has long since sold out in the US, but was priced at $88.  Lastly, the art pop print with lullaby accents will be (wait for it) popping in on the inspire crops. 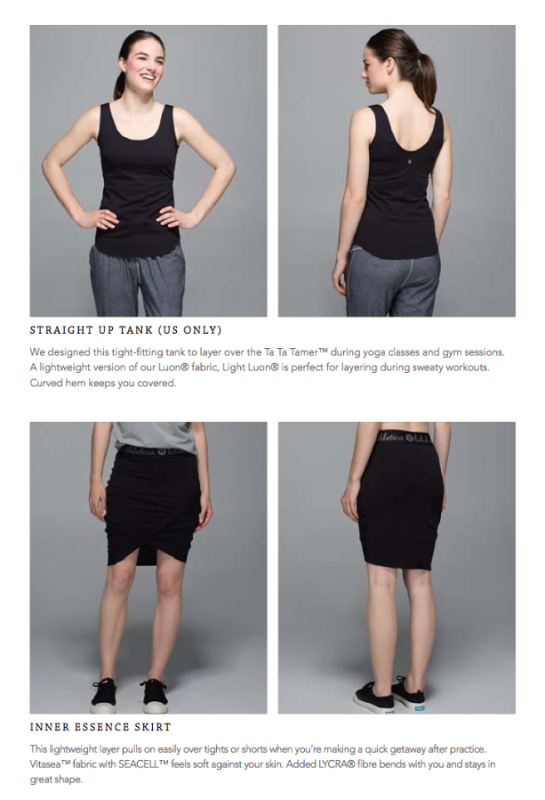 Two new items added!  This year’s straight up tank is reminiscent of previous years’ tanks designed to go over the tata tamer, except this one has lulu’s preferred curved hem.  The inner essence skirt looks a lot like the breezy skirt from a few months back.  Unfortunately, the waistband, which reminds me of men’s underwear, might make this hard to dress up if you like to tuck your shirts.