Britt’s picks was a day late this week–I was afraid Britt was going to forget to pick any things. :) Actually, though, for those who follow these threads more closely, Katelin will now be heading up this feature (will it be called Katelin’s picks now…?).  This definitely doesn’t seem like a bad thing, as the times when she’s filled in for Britt, she’s done a great job. 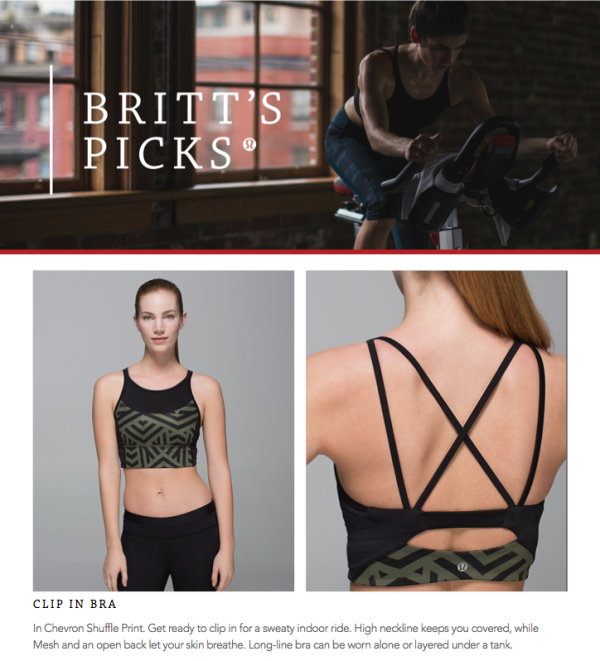 The clip in capsule already was here once before, and it’s coming back for a second run in current colors, like fatigue chevron shuffle. 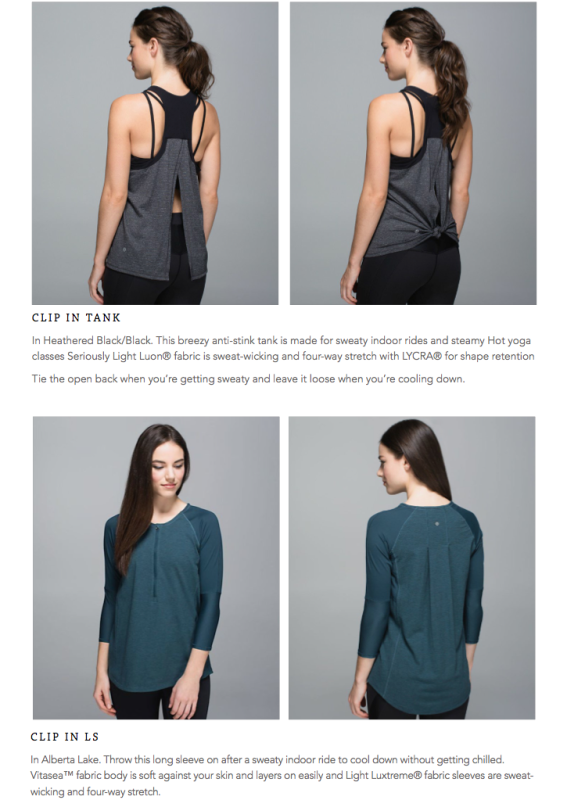 The clip in long sleeve is new, but the clip in tank looks just like the one that was already out. 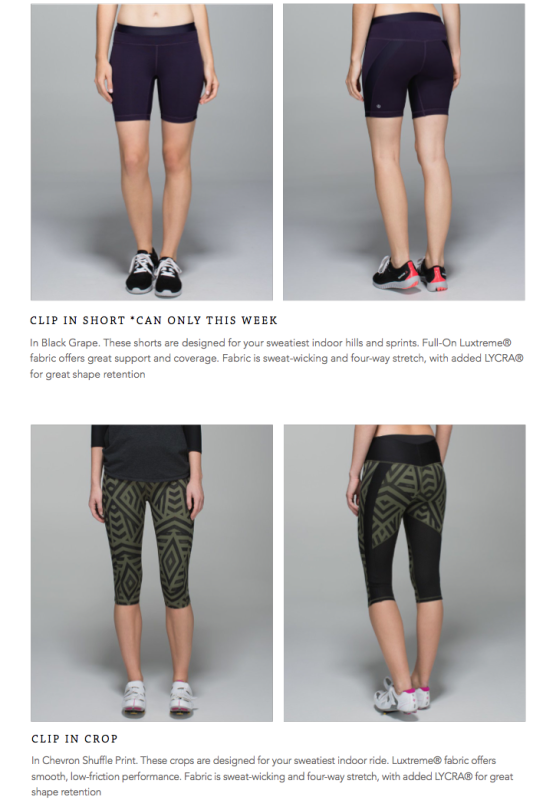 We already got black grape clip in crops, but I can’t remember about shorts, so perhaps these shorts were a delayed released.  The fatigue chevron shuffle crops are new. 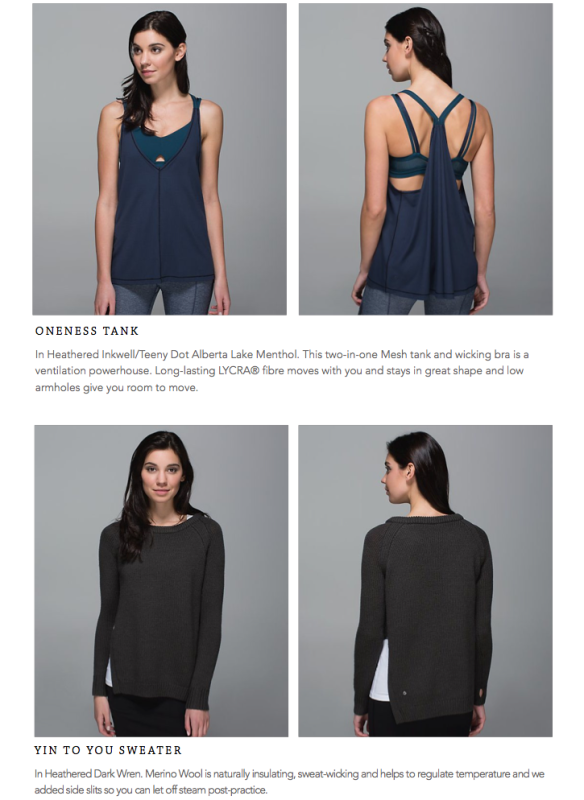 And now some actual new stuff: the oneness tank, in alberta lake here, looks a lot like the breathe and flow tank from spring ’14.  The yin to you sweater is the sweater in the mudra scarf pics.  In addition to the black and alberta lake in the scarf pics, looks like it will also be coming in dark wren. 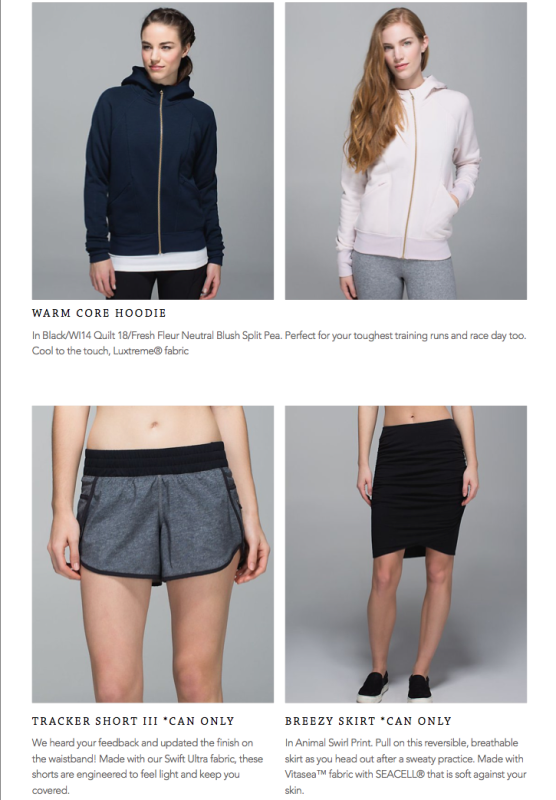 The warm core hoodie is another polartec creation that’s already uploaded overseas, so it’s another bit of news that isn’t super news-y.  In actual news, the tracker short waistband is being updated.  Instead of swift, it will now be swift ultra.  Not sure what the difference will be like.  Also, new breezy skirt in vitasea.  It looks very similar to the anytime skirt. 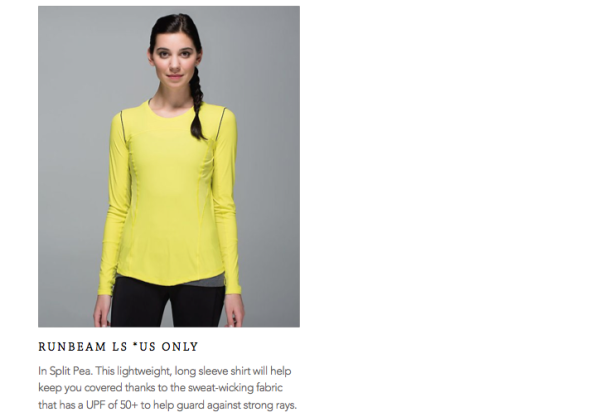 One last thing: the runbeam long sleeve is back.  This bad boy is actually already in some stores.