This week’s lulu previews comin’ at ya via what we love: 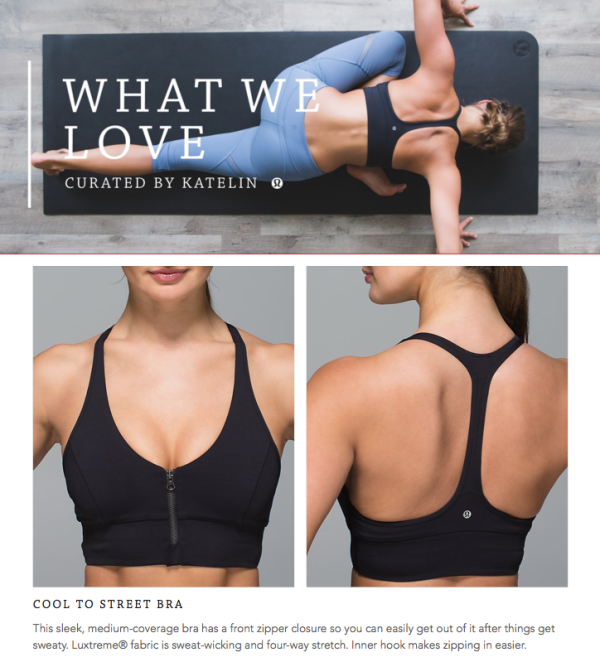 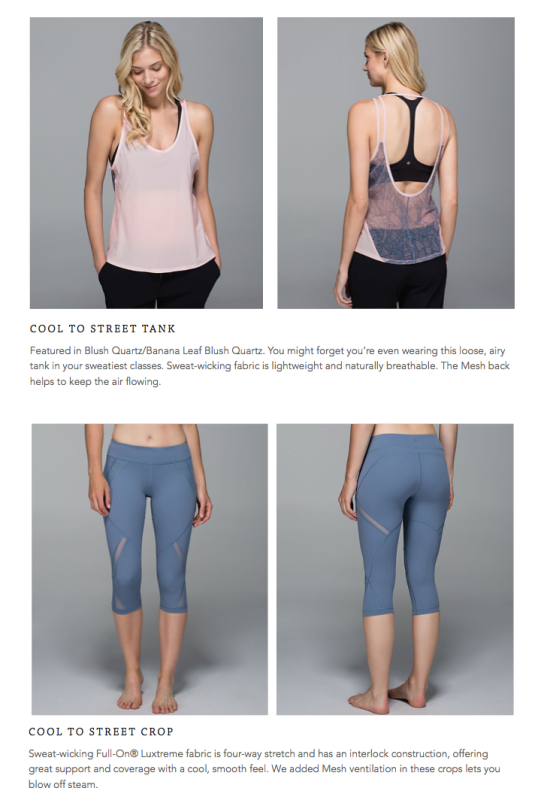 Also from the cool to street capsule: tank and crops.  Based on last week’s cool to street drop in Australia, you can expect to see lots of blush quartz, banana leaf, blue denim, gator green, and jazzy print–definitely a more muted capsule.  I’m wondering if this drop will also include the special edition cool to street high times pants. 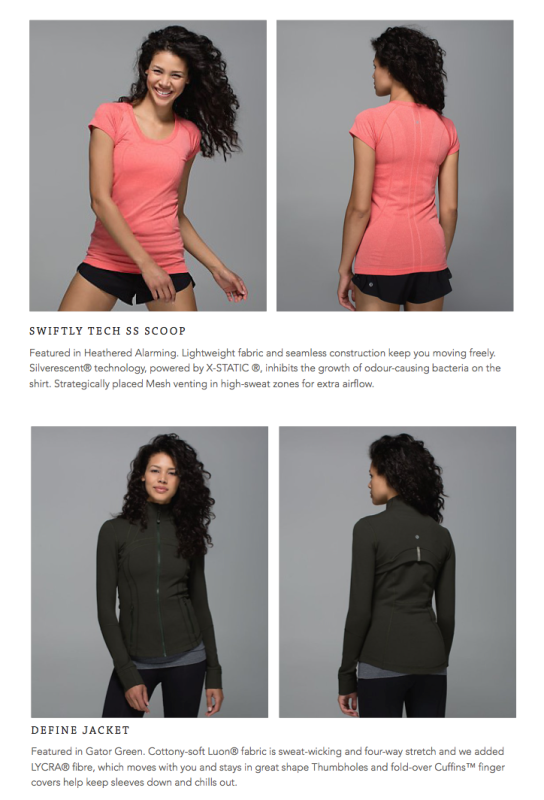 On the slightly brighter side, looks like we might expect to see more alarming in July, like this new swiftly scoop.  Gator green looks like it’s a staple color this season, since we’re moving into I think the third month that it’s been lingering.  This will coordinate with some of the items in the cool to street drop. 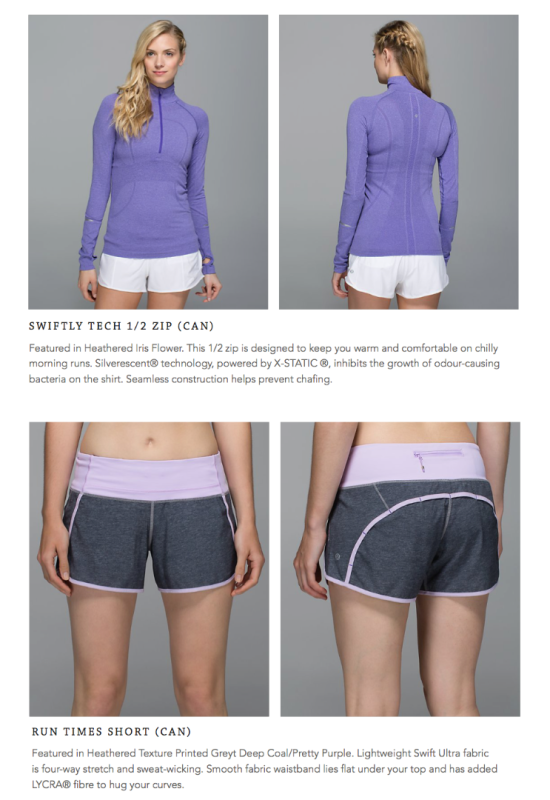 I definitely wasn’t expecting to see swiftly 1/2 zips this time of year!  In addition to iris flower shown here, Australia also has one in grapefruit–maybe we’ll see both?  If you can handle buying 3 months in advance, these could be pretty.  Also on the run side of things, greyt/pretty purple run times shorts coming to Canada.  If you’re in the US, these are already in stores.  I doubt we’ll see speeds like this since there’s already greyt/black and greyt/grapefruit speeds. 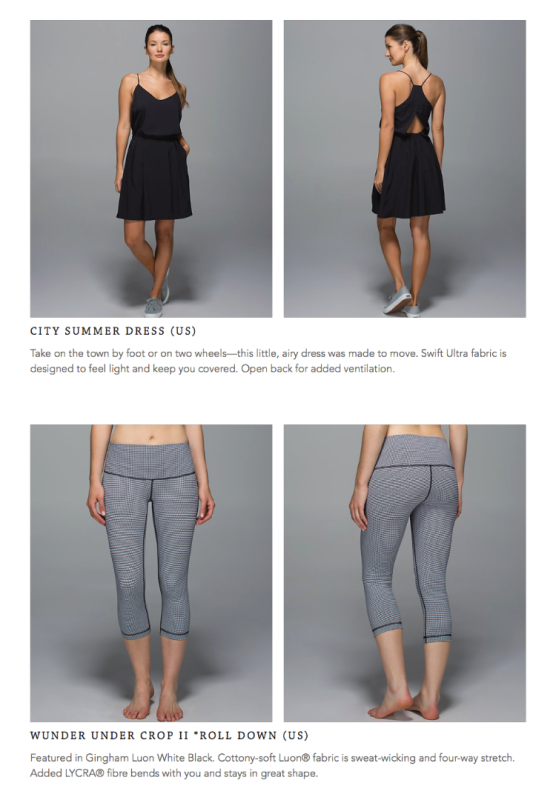 On the to and from side of things, we’re getting the new city summer dress.  This is already in stores, both in black and floral sport white multi.  It doesn’t do the models many favors in the stock photos I’ve seen, but some of the store pics don’t look too bad.  Lastly, WUC coming in gingham.  Gingham was out a couple years ago and it didn’t do super great if I remember correctly.  It’s definitely not a hot item on the secondhand market either.  Of all the patterns to bring back, this wouldn’t have been my first pick.  But I’ve at least heard a few people say they like these, so maybe this time it’ll do better.