The old Britt’s picks finally has its new name: What We Love.  Like the last few weeks, it’s still run by Katelin.  Here’s this week’s edition. 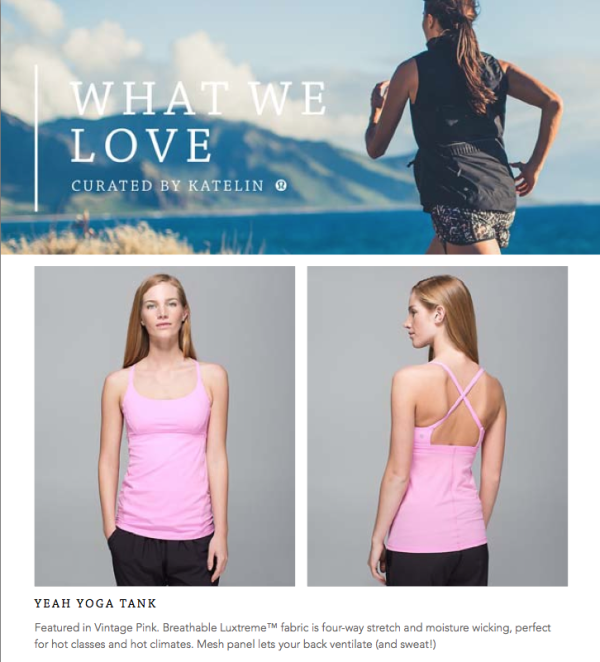 The yeah yoga collection was first released in fall/winter of 2013 and looks like it’s making a comeback in this season’s colors, including vintage pink.  In the first release, there was also a bra and crops that may also reappear. 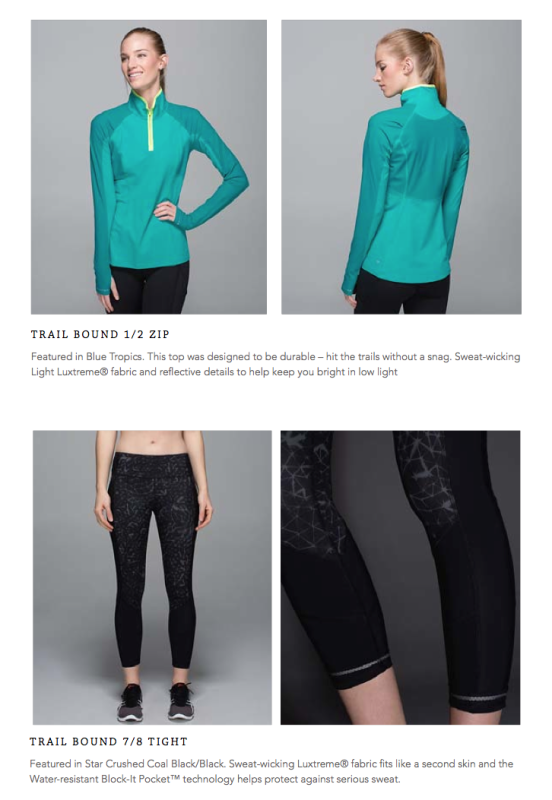 New trail bound capsule is coming.  Trail bound shorts are already on the Hong Kong website, but in addition to that, we’re getting a 1/2 zip and 7/8 tight.  The 1/2 zip could be pretty, but the model isn’t really selling it for me–it doesn’t look like it fits her all that well.

As for the 7/8 tights, they’re coming in the obligatory star crushed pattern, and I can’t tell if the black colorblock is mesh like basically everything else, or just regular fabric, but I’m leaning towards the latter. 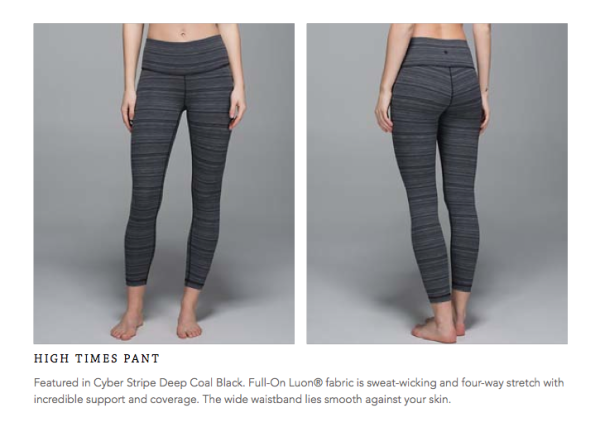 Finally, we’re getting in on the fun that Australia’s been having.  The cyber stripe deep coal high times are coming!  As I noted the other day, it does appear that the stripes line up on these, unlike the inspires. 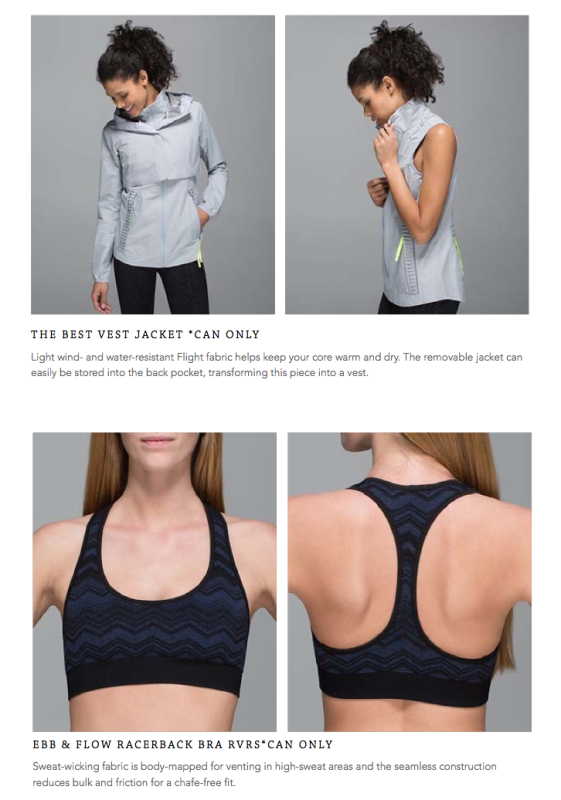 The best vest jacket is just what?  The cropped jacket on top is really awkward, although nifty that you can stash it in a pocket of the vest rather than toting it around.  The vest itself might be cute but you can’t see much of it in these pics.

Between this new reversible version of the ebb and flow bra and the already released retreat bra, lulu seems to be starting on a reversible bra kick.  The chevron pattern, like the one on the ebb to street pants, is pretty cute.  Maybe the reverse is solid black? 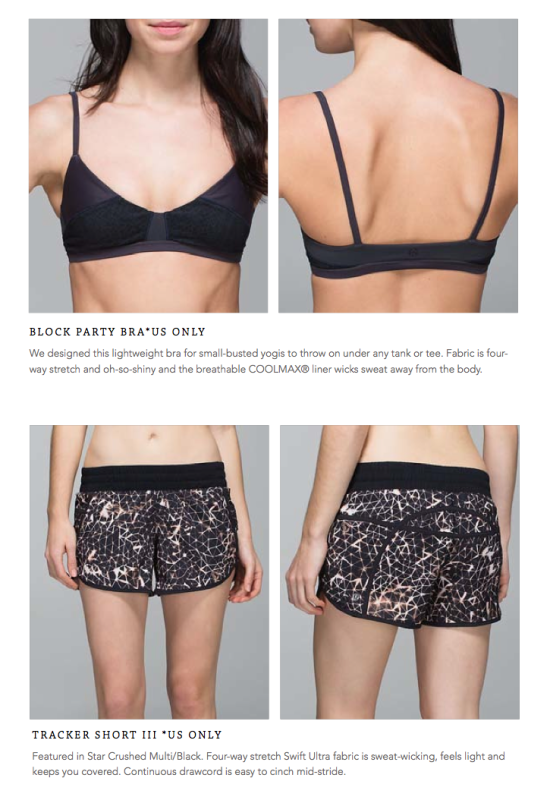 The block party bra is another one already released in Hong Kong.  Doesn’t look like much to write home about–just another in a long list of low-coverage, low-support bras, except this one has shiny fabric pieces.  It will be practical as a wear-anywhere bra, although the lack of adjustable straps is a definite downside since shoulder slippage could be an issue.

Lastly, tracker shorts in star crushed will be uploaded.  If you saw my post earlier today, you’ll know these are already in US stores, so this isn’t hugely breaking news.