For this week’s installment of what we love, we’re finally seeing some goodies in North America that we’ve been eagerly anticipating since their appearance overseas. 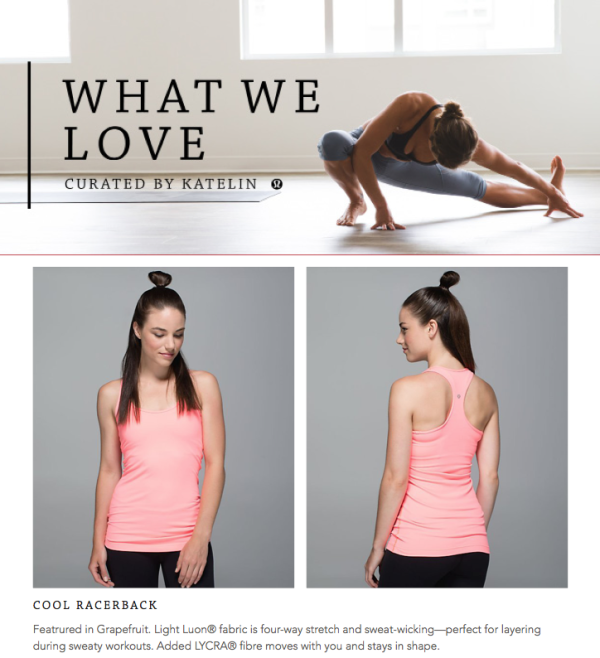 That’s right, as the post title says, the grapefruit cool racerback is on its way!  Huzzah!  I will be grabbing one of these. 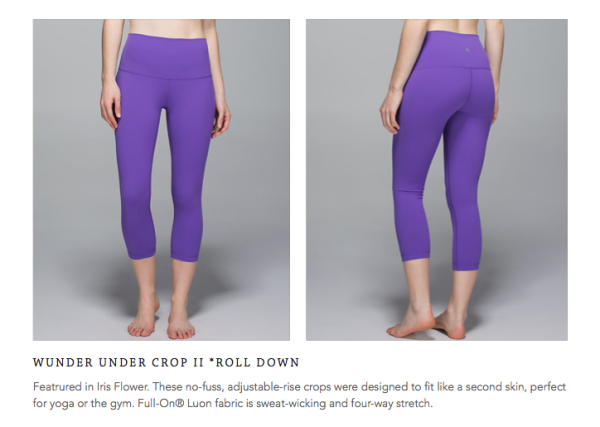 Iris flower rolldown wunder under crops for the purple lovers. (Edit: looks like these are already in at least some Canada stores today.) 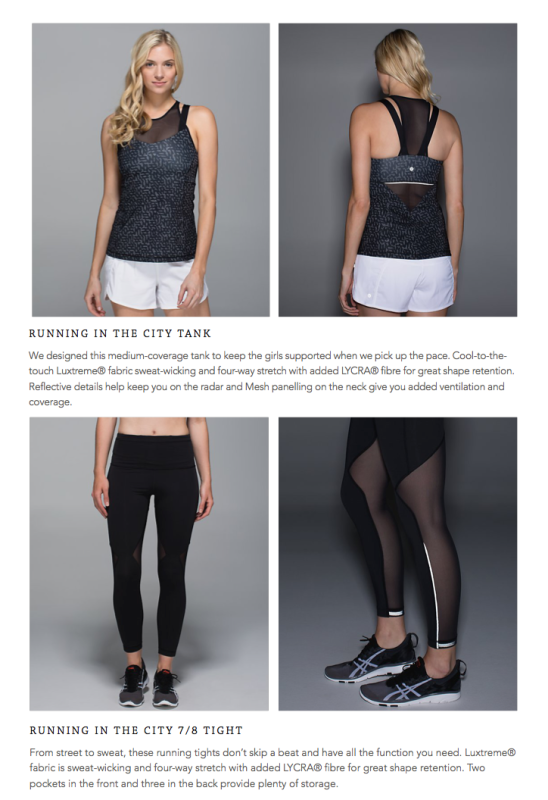 The running in the city line is finally hitting North America after arriving in Aus, Asia, and Europe early this month.  This line heavily features mesh (not surprisingly!).  Based on the international sites, we can probably expect items in not just net pop and black, but also floral backdrop blue denim. 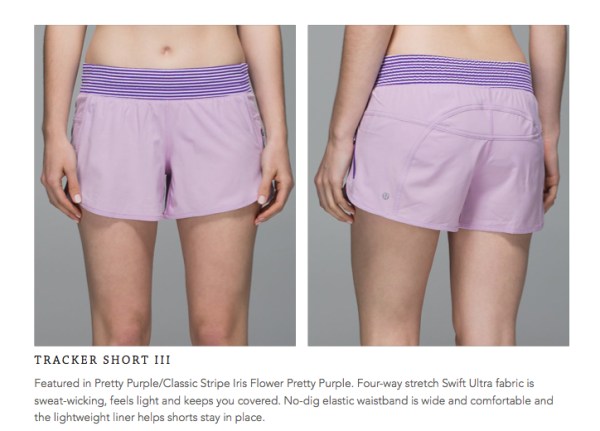 Tracker shorts in pretty purple.  Not much to say about these.  I wonder if we’ll also see the classic stripe iris flower/pretty purple speed shorts? 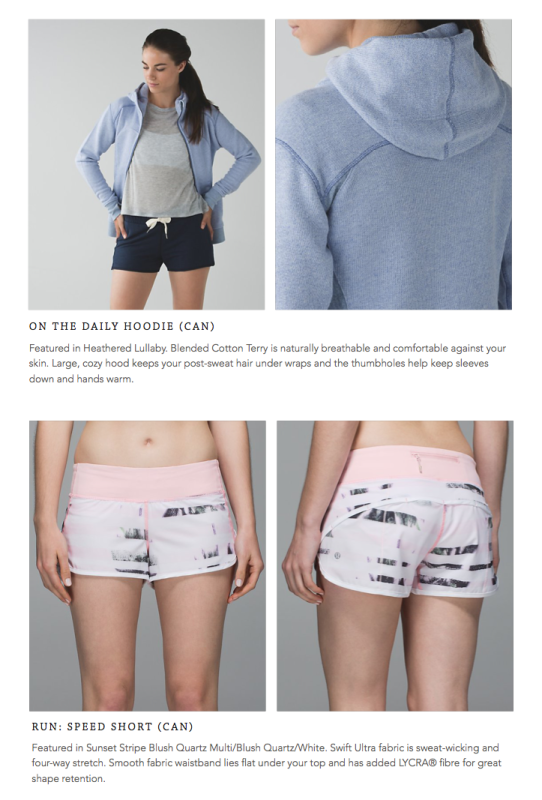 New on the daily hoodie coming for Canada in lullaby.  Canada will also be getting the sunset stripe blush quartz speed shorts.  I wish the butt/crotch stitching on these was white instead of pink so it’s not so obvious, though it may be less noticeable in person.

Also: looks like they might be rolling out a fresh new look for stock photos?  I like the look of the two OTD photos so far. 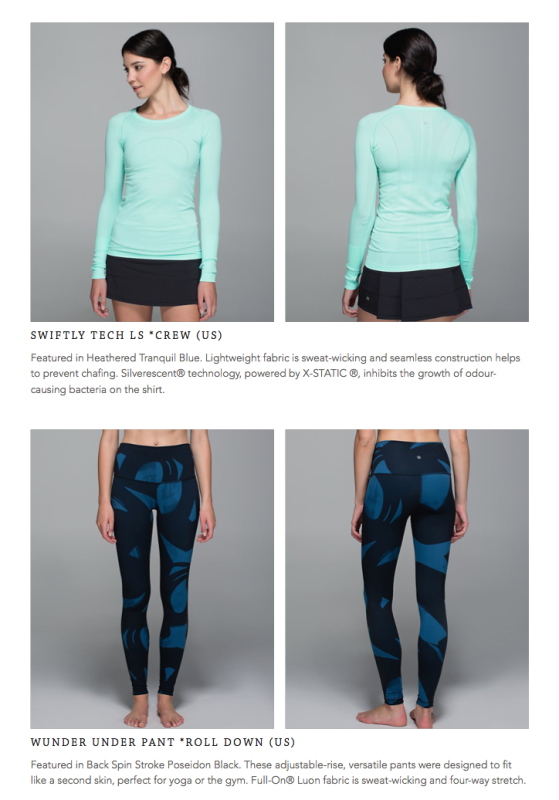 Lastly, a couple US-only items.  A new tranquil blue swiftly long sleeve is coming, for those who can stand to think about long sleeves right now.  Tranquil blue has shown up as an accent on a couple items, but this is the first solid that I can think of.  It looks nice.  And rounding out this week’s preview: back spin stroke poseidon wunder unders.  I guess poseidon’s stint isn’t done yet!  Australia already has this print on patience pants, though I don’t know whether we’ll ever see those in North America also.