This week’s Britt’s picks is here!  Read on for new stuff coming next week. 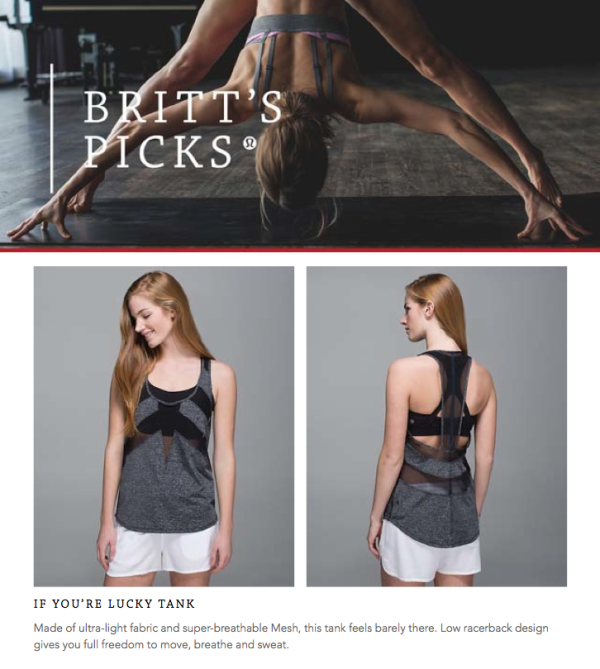 The if you’re lucky capsule is a big focus of this feature.  Katelin notes there’s a lot of mesh in this capsule (shock of the century–mesh is not dying anytime soon apparently).  Not surprising, since the if you’re lucky jacket from earlier today is mesh-backed.  The if you’re lucky tank is no exception.  This has too much weird mesh-blocking going on for me, and I don’t like the downward angle in the front. 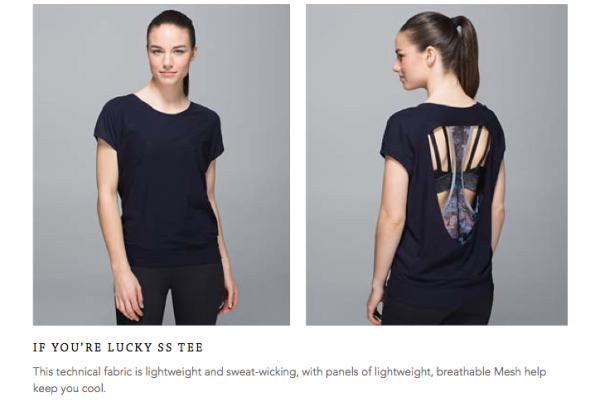 The if you’re lucky SS has an interesting open back design accented by a contrast insert running down the middle.  At least, I’m pretty certain that moody mirage bit is attached to the shirt.  If you’re wearing a tank, too, things could get a little crazy from the back view.  The description says it has mesh panels but I’m not sure where those are. 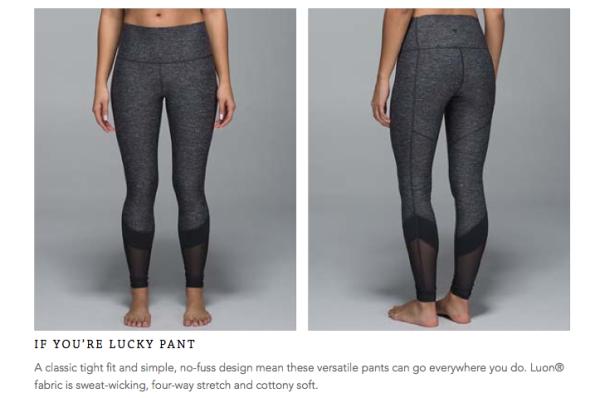 These if you’re lucky pants are a pretty simple design with just a little bit of seaming details and some mesh blocking at the ankles.  Not bad but not super-exciting.  Also: there has been soooo much of this heathered black lately. 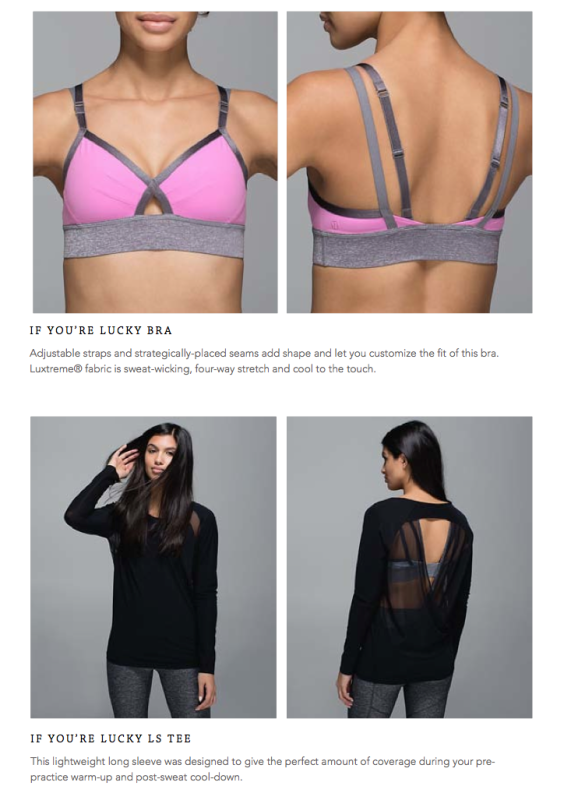 Two more if you’re lucky items: these are probably the cutest of the bunch.  The vintage pink if you’re lucky bra looks like the one featured in the spring sneak peek video.  The adjustable straps are nice, but since only one of the sets of straps are adjustable, I’m not sure how well that would work in practice?  I would consider trying this one on if it comes in my size, but something tells me it won’t accommodate much of a bust.  The if you’re lucky long sleeve looks like a unity pullover had a baby with a roll of mesh fabric.  This could look nice if it drapes nicely, but I would be terrified of snagging the flowy mesh back on something. 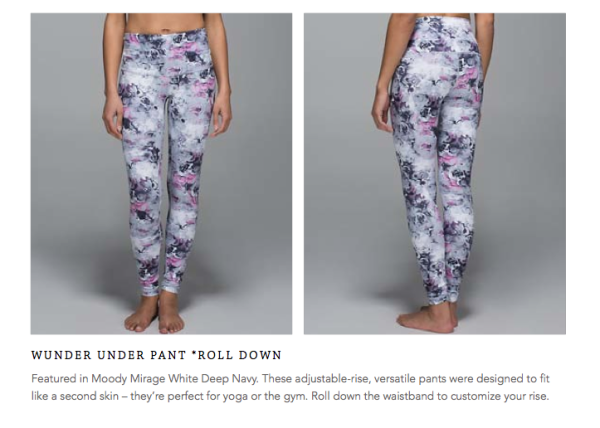 The popular moody mirage wunder unders are coming in WUP length next week. 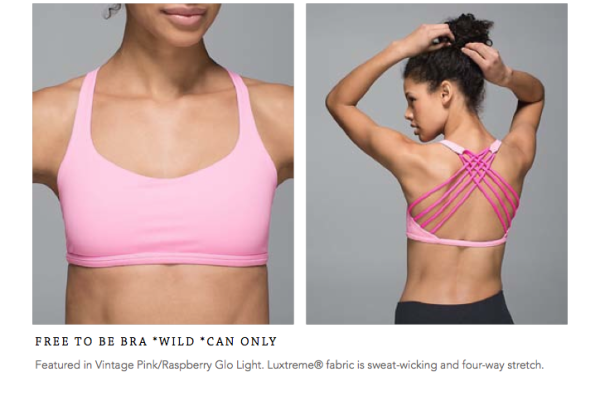 Canadians, rejoice: the vintage pink FTBW will finally be uploaded! (This came out in the US a couple of weeks ago.) 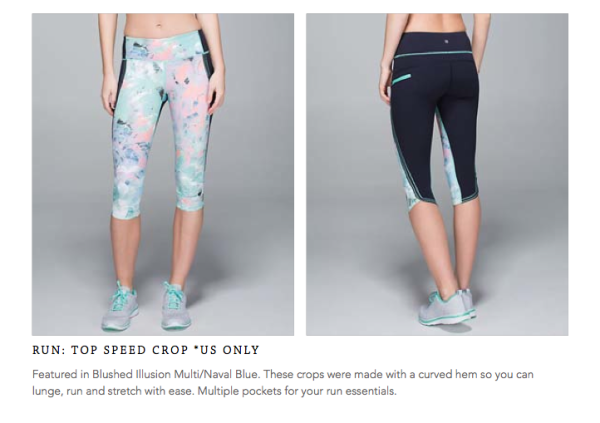 Lastly, the top speed crops (these were spotted in Australia recently) blocked with blushed illusion and naval blue are on their way to the US.  I think this smaller dose of blushed illusion looks better than if the entire crops were that print.  Hopefully it will also help with rear opacity.