Britt’s picks for the week is up!  There is no indication on any of these products that they are US or Canada only, so presumably both countries can expect to see everything here. 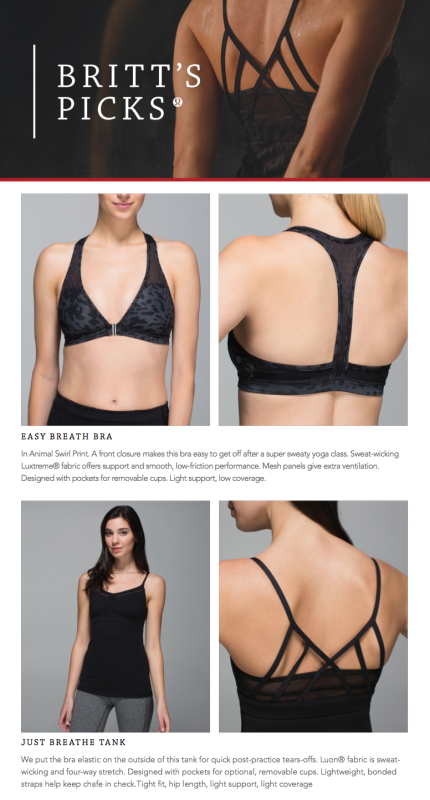 I have to say, this week’s picks are a little anticlimactic given that the big feature is the just breathe capsule, which already landed in Australia this past week.  The easy breath bra is a natural fit for this collection, so that will be making a comeback too.  I think the just breathe tank is a cute design that’s both modern and feminine, so I’ll be interested to see how people look in it and what they think. 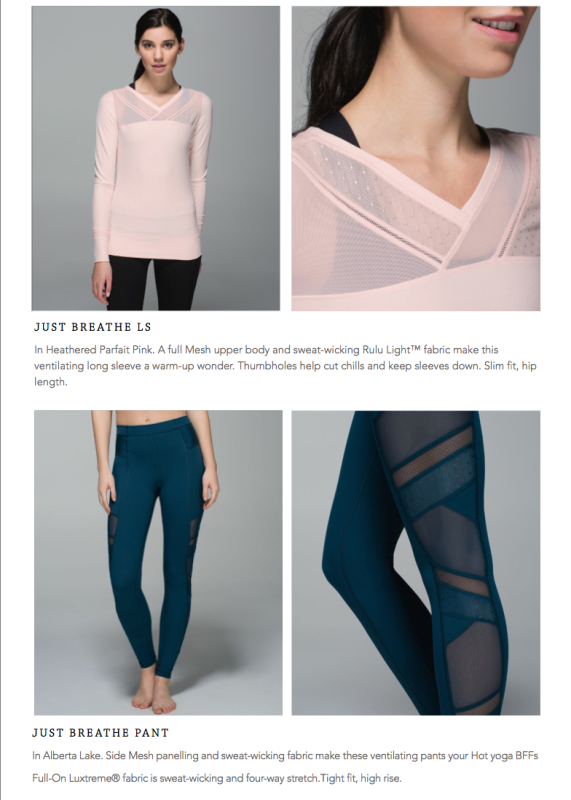 More breathing: I’m not super-crazy about the just breathe long sleeve because I feel like the whole neckline situation is odd, but since it’s made of rulu light I’m sure that will make it more appealing.  The just breathe pants I could see being popular since they’re reminiscent of the popular tech mesh pants.  The use of 3 different varieties of mesh is clever.  The alberta lake color is new–this one’s not on the Aus site. 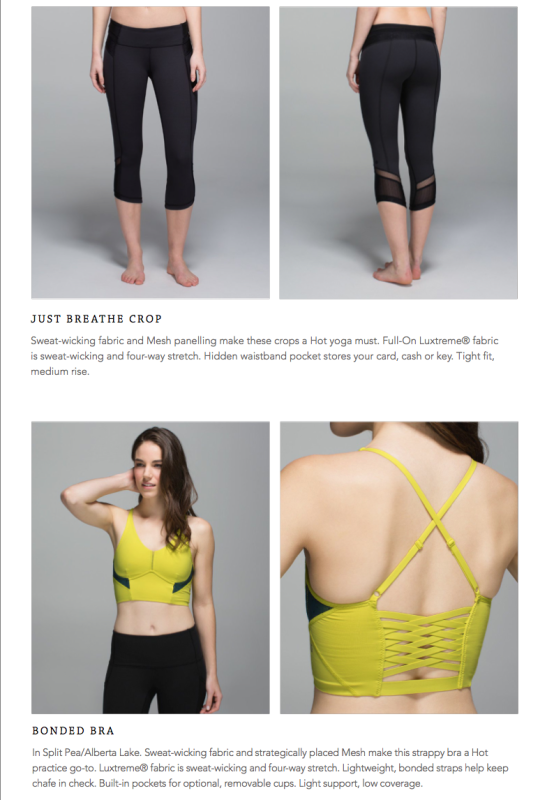 As I said earlier this week, the just breathe crops look to be cut from the same pattern as both the sashiko WUC as well as the motivate crops, so if you do or don’t like how those fit, it seems likely you’ll feel the same way about these.  That said, the different fabric may change things.  The bonded bra in split pea is also new–this color wasn’t in Aus, although the bra itself was.  Split pea does not look good on this model’s skin tone at all.

As a general observation, I wish lulu would stop bringing split pea back.  In my opinion, it’s a shade of yellow that is unflattering against *many* skin tones (including mine).  Yellow is a tough color for clothing in general, but I feel like creating a new color or reviving an old one that is flattering to more skin tones would be wiser.  Ray comes to mind–that color is amazing. 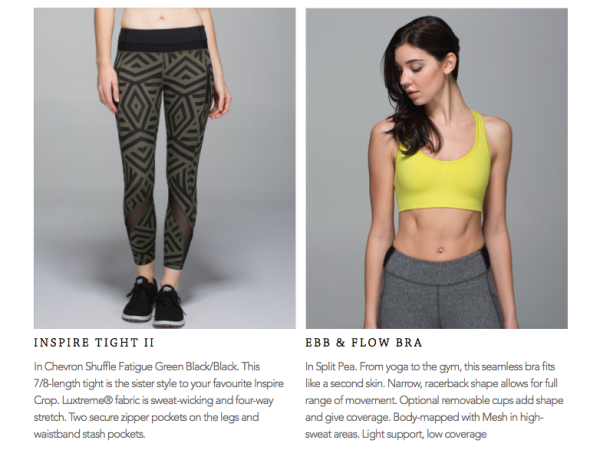 Chevron shuffle fatigue green is coming to North America.  There will be inspire tights for one, but I would speculate that means chevron shuffle mesh with me crops may be coming soon too, since those already exist in Aus.  The ebb and flow bra is also returning in split pea at least. 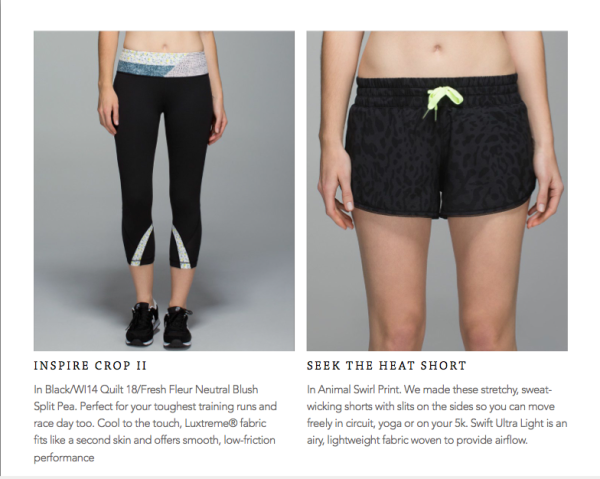 Inspire crops are coming accented with a new print, flesh fleur.  I can’t make out much of the print, but it looks like something taken from a nursery quilt at first glance.  Maybe it’ll look ok in a closer view, but I don’t have high hopes.  Lastly, new seek the heat shorts in animal swirl.  These are supposed to be ultra-light for ultra-hot activities.  Doesn’t say whether they have a liner, but I’m guessing not.  These might be cute if they come in good colors and don’t fit like pajama shorts.