This week’s edition of what we love is here: 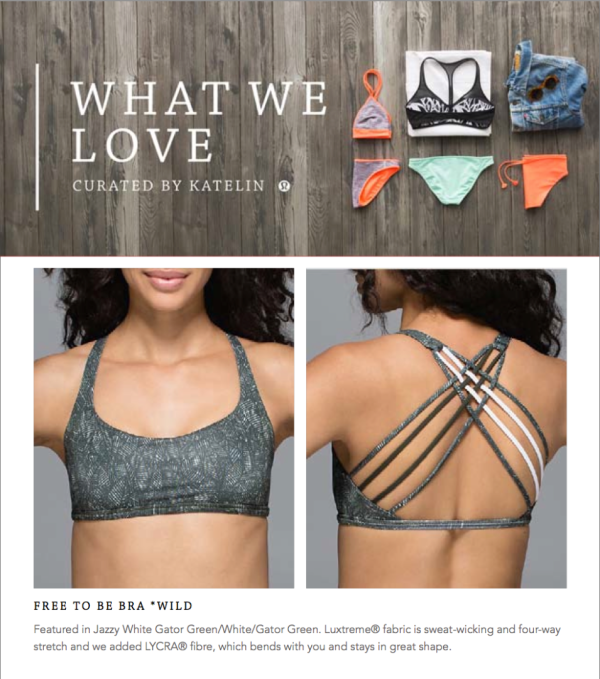 New free to be wild bra in a new print: jazzy white gator green.  Lulu has been experimenting with a lot of mismatched straps lately, and this bra takes it a step further with this asymmetrical strap arrangement. (Speaking of asymmetrical: the bra looks crooked in the front picture…) 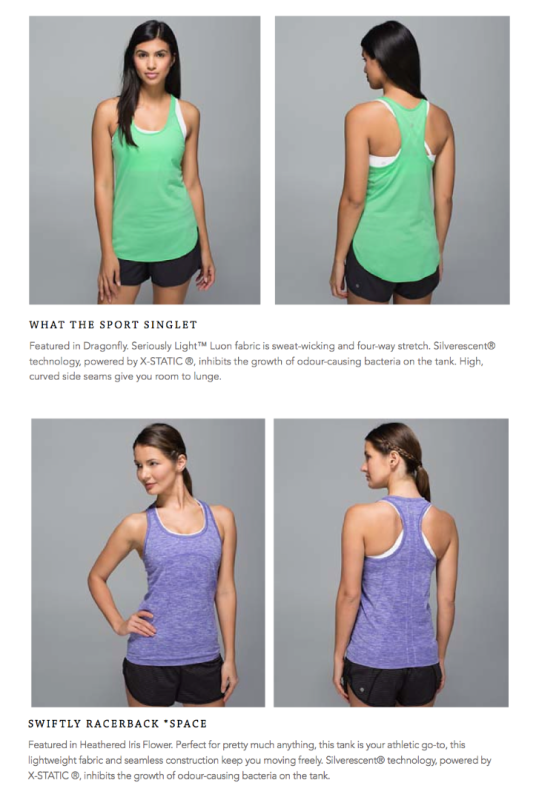 It looks like June will be a pretty green-heavy month.  Dragonfly (seen in some swim items a couple months ago) is coming in a couple of things, pistachio was seen on a CRB this week, gator green is coming, and even a little bit of toothpaste on swim items below.  The dragonfly what the sport singlet is a bit see-through in these pics, but it’s a nice bright and summery color.  Speaking of nice colors: space dye swiftly racerback in iris flower.  This is a really pretty shade that would match a lot.  Katelin notes there will be lots of swiftlies uploaded this week. 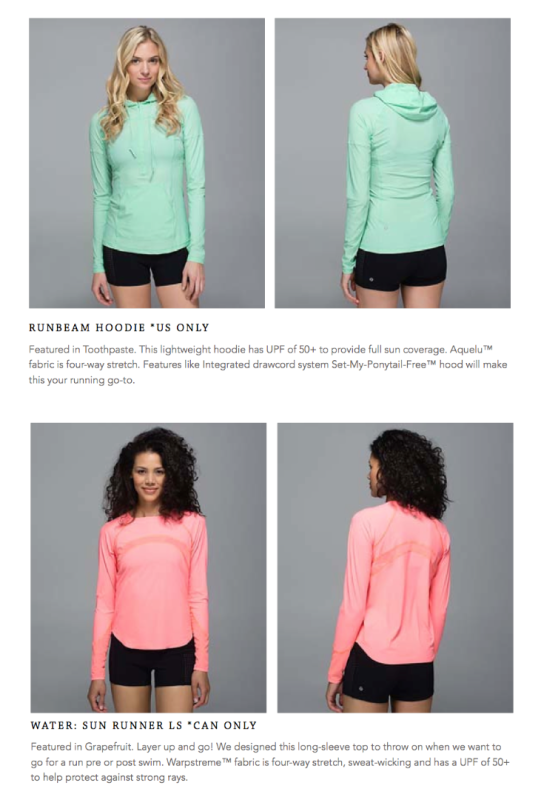 Here’s more of that green I promised: runbeam hoodie coming in dragonfly.  There’s another new color coming into the swim mix, too: grapefruit.  In these pics it looks pretty pink. 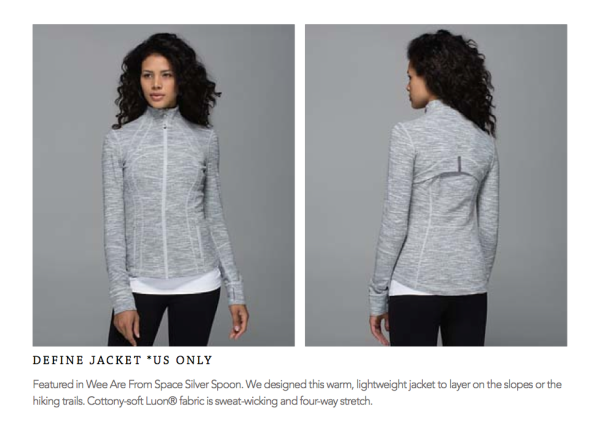 New define jacket coming in wee are from space silver spoon.  They seem to be doing lots of neutral define jackets since this jacket was brought back a few months ago. 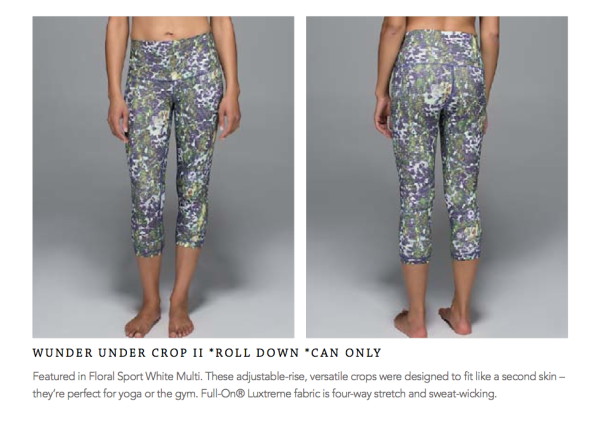 Another core item in a new color: rolldown wunder under crops in floral sport.  A similar version of this print first showed up on some trackers in Europe a couple weeks back.  This color scheme really doesn’t work for me. 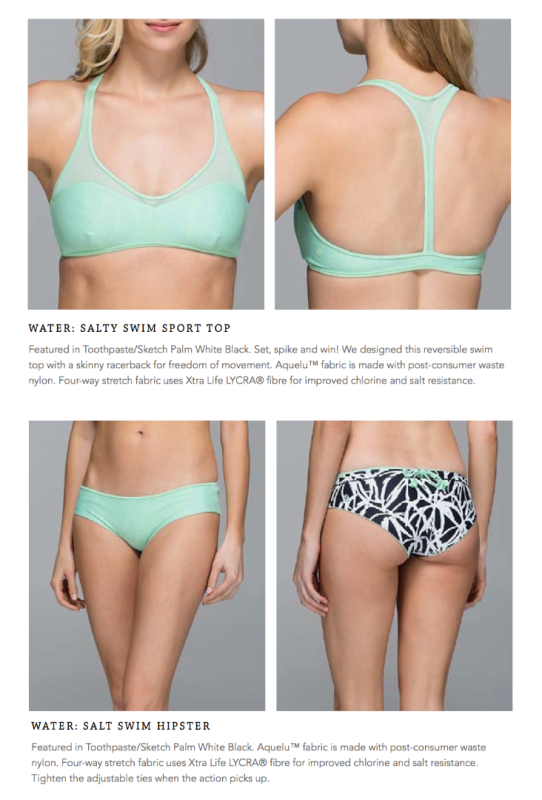 More swim is coming.  Here’s toothpaste again, paired with another new print: sketch palm.  This print looks kind of cute, though I don’t know if it will show up on things besides the swim-related items. 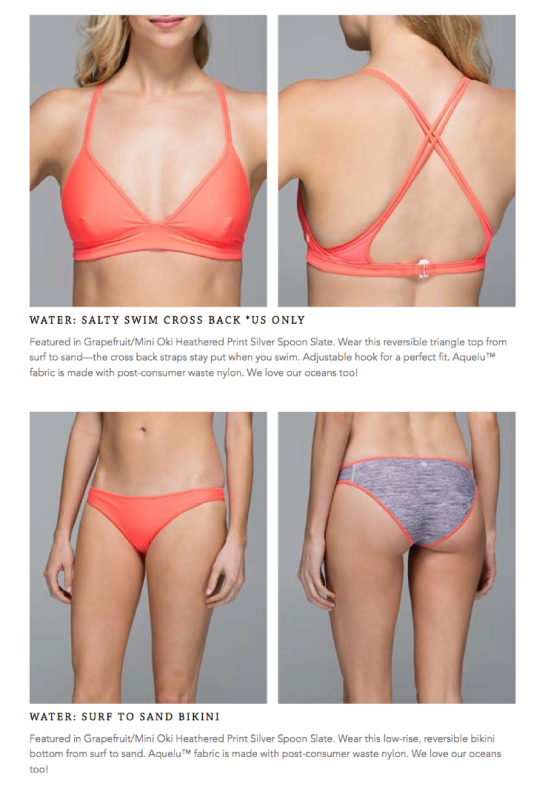 Grapefruit looks a lot more orange on these items than it does on the sun runner LS pic above.  There’s a new cross back salty swim top coming, with an adjustable hook closure in the back instead of a tie.  Although it’s not specified, the coverage looks similar to the tie top that’s already out, maybe slightly more.